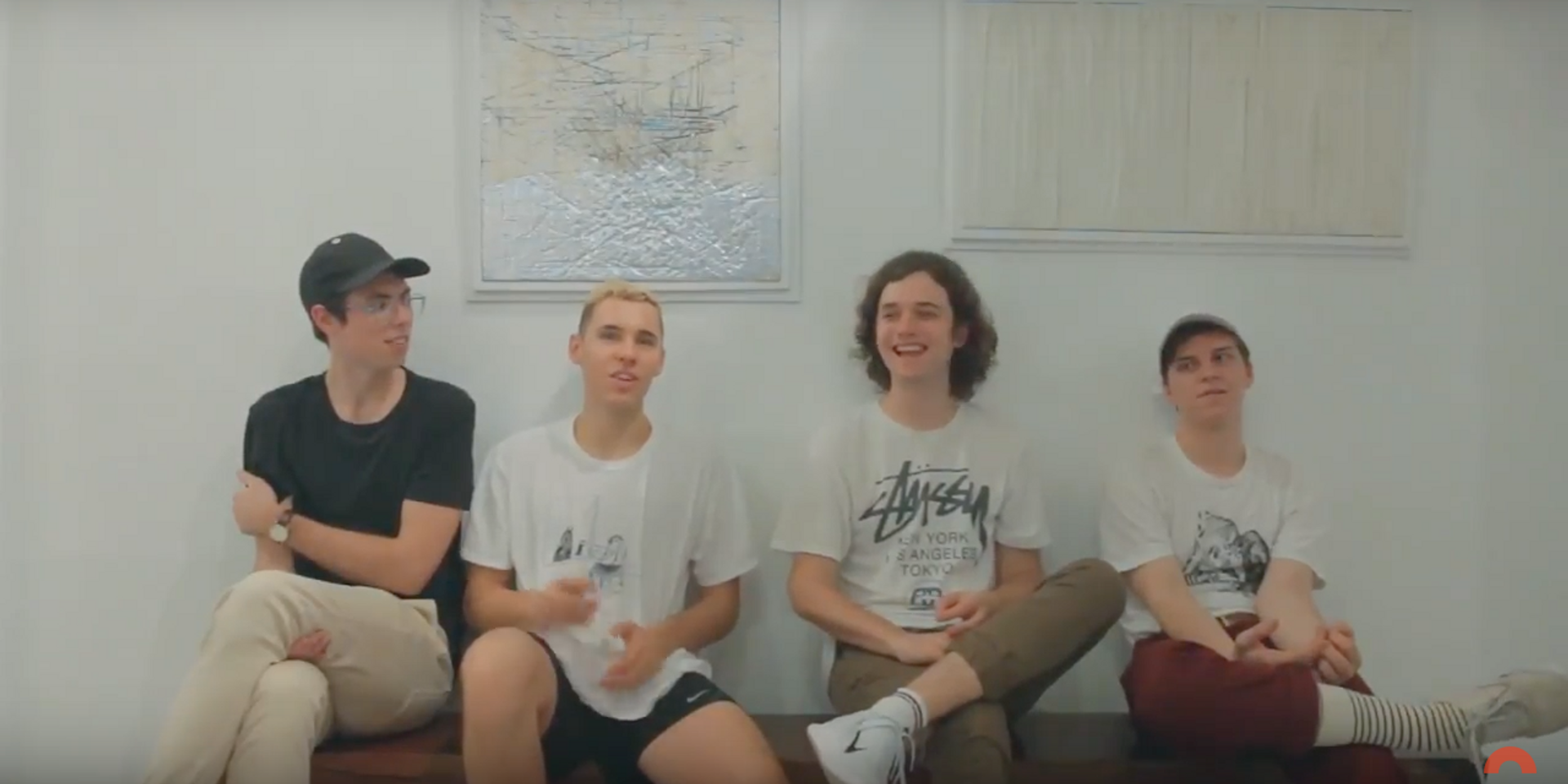 Canadian jazz quartet BADBADNOTGOOD was in Manila last year for a sold-out headlining show at Black Market. The band had just released their latest album, IV, to rave reviews, their first record since saxophonist Leland Whitty joined in as a permanent member of the band, making them a quartet instead of a trio.

A day before their much-awaited Manila debut, we got to meet the band — bassist Chester Hansen, saxophonist Leland Whitty, drummer Alexander Sowinski and keyboardist Jazzy Jimmy (temporarily filling in for Mathew Tavares) — as soon as they got to their hotel, having just arrived from Tokyo.

The boys, though obviously still tired and adjusting to the humid Manila weather, earnestly answered our questions to give us their take on random topics like emojis, Coldplay, The Chainsmokers, paid meet and greets (guess who they'd pay to meet), and Canadian Netflix. BBNG also listened to music by a few Filipino and Singaporean acts, and tried out a couple of Filipino delicacies in an interview segment we call badbad or goodgood.

Watch badbad or goodgood with BADBADNOTGOOD:

BADBADNOTGOOD Live in Manila was presented by Intastella Burst.