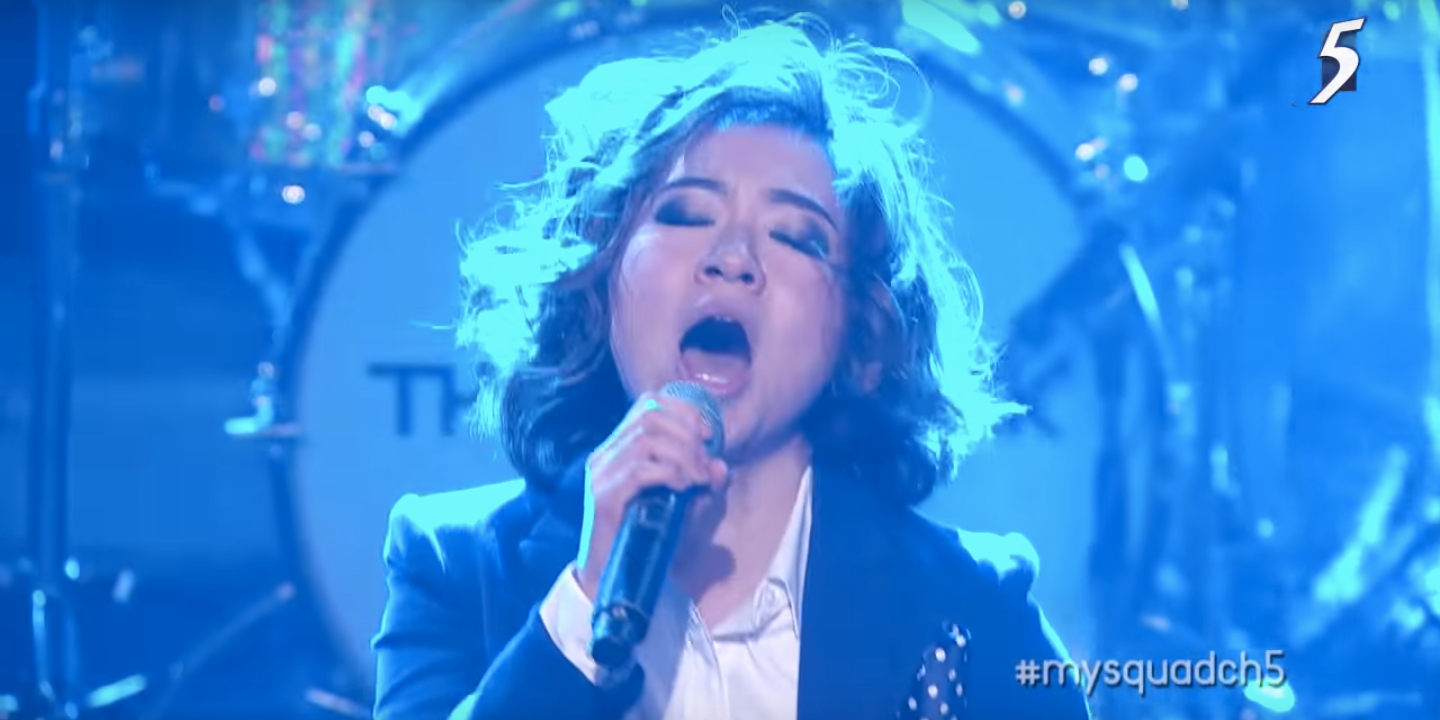 Anyone who knows Inch Chua for her work beyond her solo material knows she can hold her own in a rock setting, but a recent episode of Channel 5's My Squad Is Better Than Yours proves she has yet to cleanse away any of her rock and roll demons.

On the celebrity game show, which also saw Tosh Rock travel back to 2002 to cover Eminem's 'Lose Yourself' with ShiGGa Shay, Inch tackled one of AC/DC's biggest anthems, the aptly-titled 'Thunderstruck'. And while it remains a stadium rock staple, it also notably served as the Australian band's comeback single in 1990, in what seemed to be a twilight period for the long-running band.

Perhaps it's fitting, that despite Inch's blossoming career following her introspective EP Letters to Ubin — she's also touring the Philippines right now, including a show at a certain Music Market — this performance is a healthy reminder of the former Allura front-woman's onstage bravado and prowess.

While the performance was already an anomaly in the pop song-oriented program, the cutaways during the performance border on non-sequitur territory — just like when the camera cuts to a teary audience member at 1:27 (with a previous cameo at 0:07, before the song starts), but maybe she's just a proud parent of a member of the Thunder Rock School band backing the singer-songwriter here (EDIT: As it turns out, the audience member is the mother of the late local musician Wayne 'Thunder' Seah, who Inch paid tribute to for this performance). There's also some enthusiastic nodding action going on at 1:52. Unmissable.