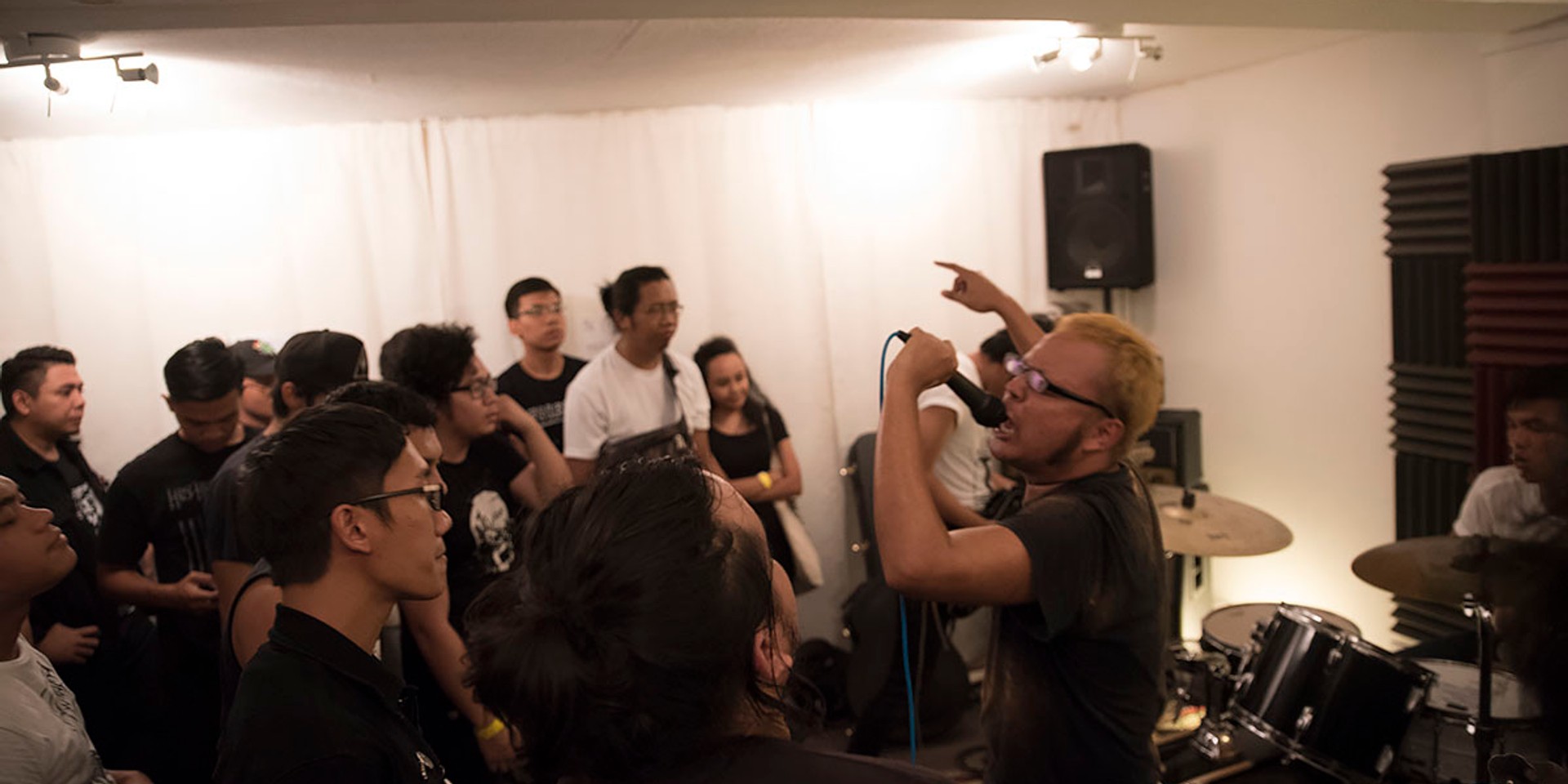 Words by Daniel Peters
Photography by Zack Deth, Up The Punks

It comes as a surprise to no one that Singapore hasn't been the most hospitable towards underground music.

Having had several small-sized venues shut down unceremoniously throughout the years (Blackhole212, Pink Noize), and gig promoters left with limited options to hold their shows, the punk scene in particular has been hit badly.

The money made at shows aren't enough to sustain them to continue with future event ideas, and shows held in cramp studios have been the temporary solutions to avoid severe monetary losses.

“There are many things in Singapore that I do not like, even within the punk scene, but it gives you broader counterpoints of what you can be in the larger world,” says Shaiful, the man behind gig promoter Prohibited Projects, which has been around since 2003. His passion project has been the reason for many DIY punk shows in Singapore.

A recent Southeast Asian tour by Wellington band Rogernomix got Shaiful — who handled their show locally — in touch with community project Up The Punks, also based in the New Zealand capital. They tagged along with Rogernomix and interviewed Shaiful as the band performed in a jamming studio in Singapore and an open-air show in Tanjung Pinang, Indonesia.

The long-time promoter talks about the difficulties faced by punk bands and organizers in Singapore, and why he continues doing what he does within the punk scene. He even compares the state of punk shows in Singapore to the ones in Indonesia, pointing out the strong sense of community and integration in DIY shows. That, and how much easier it is to put up a show in general. "The punks interact with “normal people”, and these “normal people” are helping out. It still amazes me!"

On choosing the name Prohibited Projects

...a lot of the stuff we’re doing in Singapore is prohibited in a way. It’s not radical, but in the subtext of Singapore, it’s probably “quasi-legal."

On punk rock's state of being in Singapore's music scene

I think it has just enough for it to keep on going. Most people wouldn’t agree, they would say it’s like having a punk scene in a police state or a concert in a prison. There’s only so much you can do. But if it even can still happen, I think it’s quite remarkable."

On the difficulties of setting up a show in Singapore

There are so many permits to go through, and you can’t risk an illegal show in Singapore because everything is watched by the state and social media."