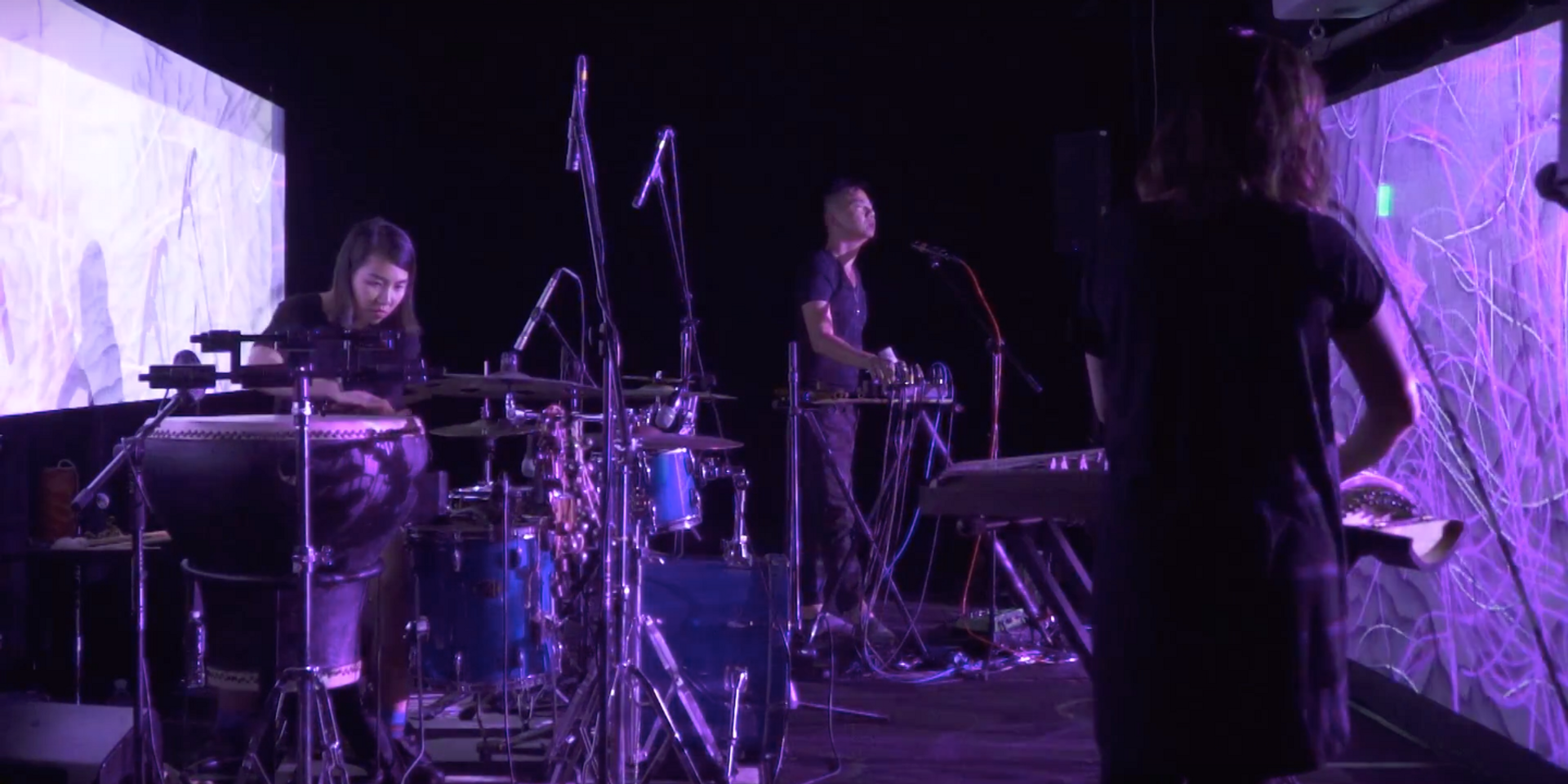 After releasing their excellent album FLOW late last year, which ended up at 4th place on our top albums of 2016, SA performed the album in its entirety at a special show in Aliwal Arts Centre.

Performed over two nights at the performing arts venue, on November 24th and 25th, the experimental trio played through a freewheeling, intensely atmospheric set that features visuals by Brandon Tay. His work was projected on two screens, with the band performing in the middle — an arrangement reminiscent of the live set-up by Flying Lotus — forming an unforgettable audiovisual show.

If you missed both nights, you can now watch their entire set online: