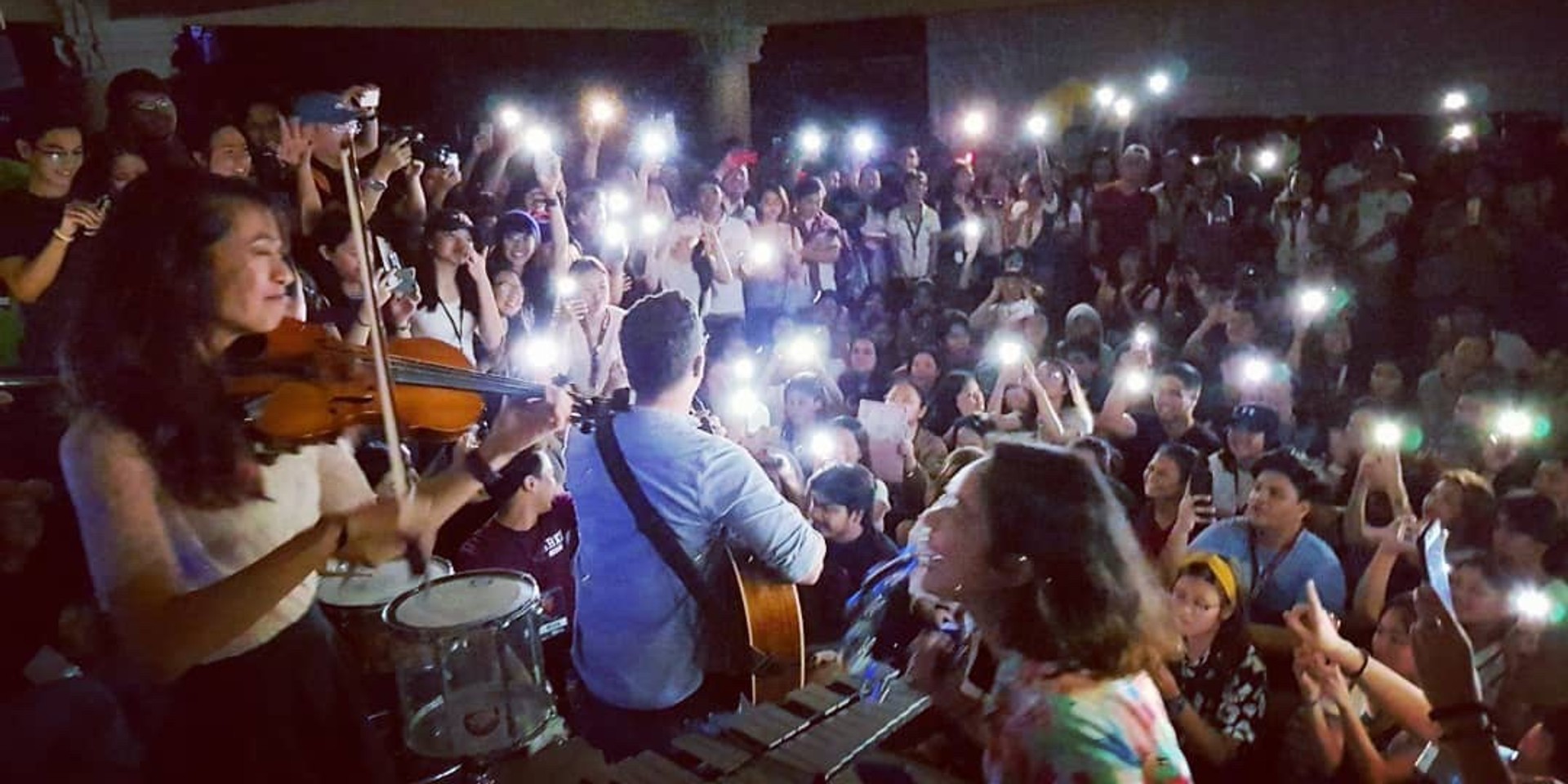 After Ben&Ben's impromptu street performance last Thursday night, it was The Ransom Collective's turn to play an intimate concert for fans last night (3/9). The band was performing in Hangganan: Arki Fete dela Musique, when their set was suddenly cut short. The indie folk group decided to move the performance to a building lobby and ended up playing a stripped-down set for the students.

We didnt get 2 play anymore cus of the curfew but we snuck in an acoustic song b4 they closed the lights. Tnx 2 those who stayed❤️ pic.twitter.com/U96iFJEayG

Here's another clip from The Varistarian:

LOOK: @TheRansomCMusic performs at the lobby of Beato Angelico building after College of Architecture week's concert was cut due to time constraint. pic.twitter.com/cjmT3zo6ec

The Ransom Collective are releasing the vinyl edition of their debut album Traces on March 17, 2018 at Satchmi in UP Town Center.