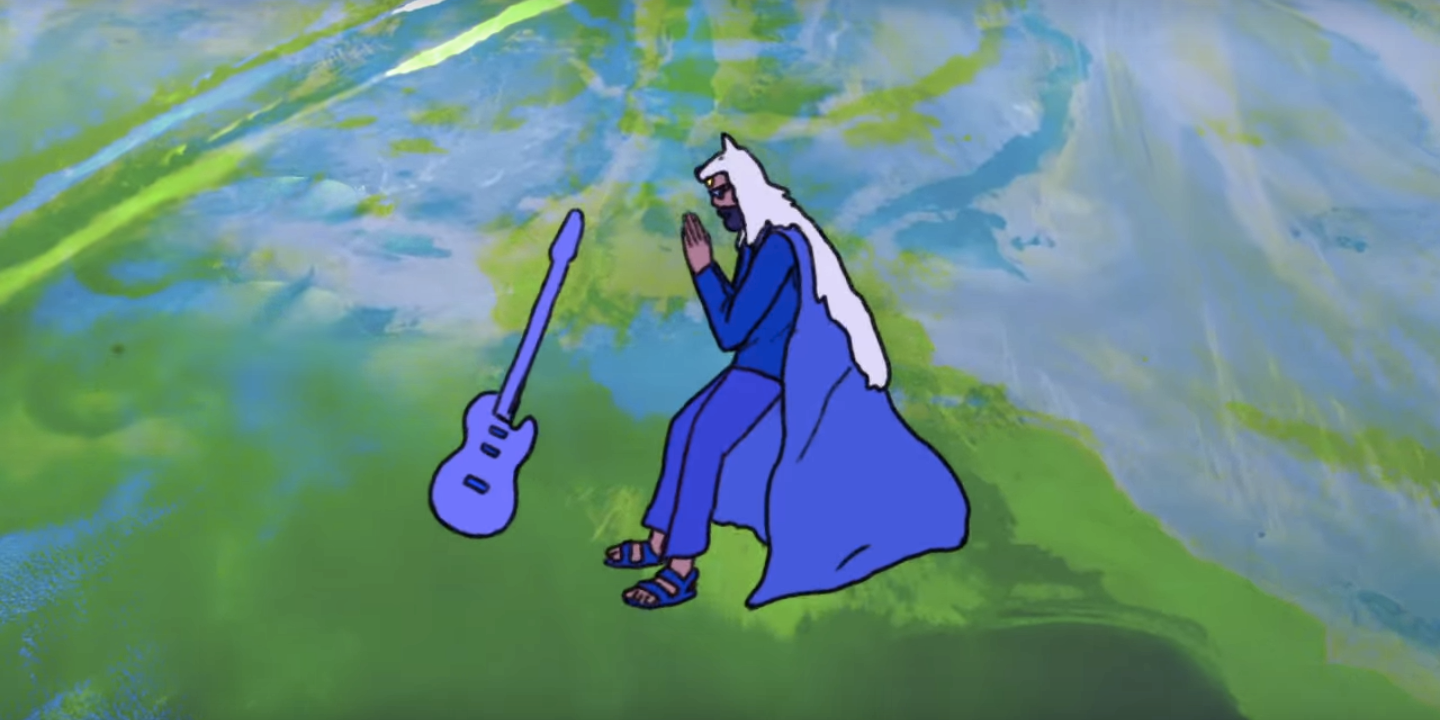 If you've been a fan of cosmic jazz explorer Thundercat for a while, you know the guy never lets up with his music videos.

From samurai fantasies in 'Them Changes' to his surreal VHS-filtered adventures with a cat in 'Tron Song', every time these accompanying visuals are a perfect display of his unyielding imagination and bizarre sense of humour.

For 'Song For The Dead', the dreamy second track off his mini-album The Beyond/Where The Giants Roam — arguably his best set of recordings so far — he roped in 21-year-old artist Ryan McShane, who goes by the moniker RY NO, to animate the three-minute short film.

In the video's description on YouTube, the Australian artist details how he got involved with Thundercat:

I was born in 1995, the year Kids came out and Jerry Garcia passed away, and I've been drawing ever since.

15 years later I dropped out of high school to spend a couple of years indoors, drawing in my room. One night in August 2013, I drew a fake cover for Captain Murphy's ‘Between Villains’. I posted it to Twitter and the villain himself retweeted it, and so did Thundercat.

Thundercat and I started chatting over Twitter after that – fast forward to 2015, I'm working at digital ventures practice Josephmark and motion studio Breeder, and making pictures and music on the weekends.

Then ‘Where The Giants Roam’ drops, I'm nearing the end of a two week break where I've been spending indoors, drawing in my room. When I heard ‘A Song For The Dead’, this part – 1:49 – gave me the idea to animate. I wanted to animate this few seconds of a transformation as the sound spins around in stereo. But I had a few days free, so I decided to block out a full video. Super rough, black and white, with NASA footage backgrounds – I had a bunch on hand that I found whilst researching for Breeder's The Expanse titles – and then I just sent it to Thundercat.

He loved it. So I was locked into it now, my first big solo animation. Naturally, the way I work, I made it even harder for myself – adding colours and extra seconds. Shout out to Breeder co-worker Alex Gee for suggesting I add colour.