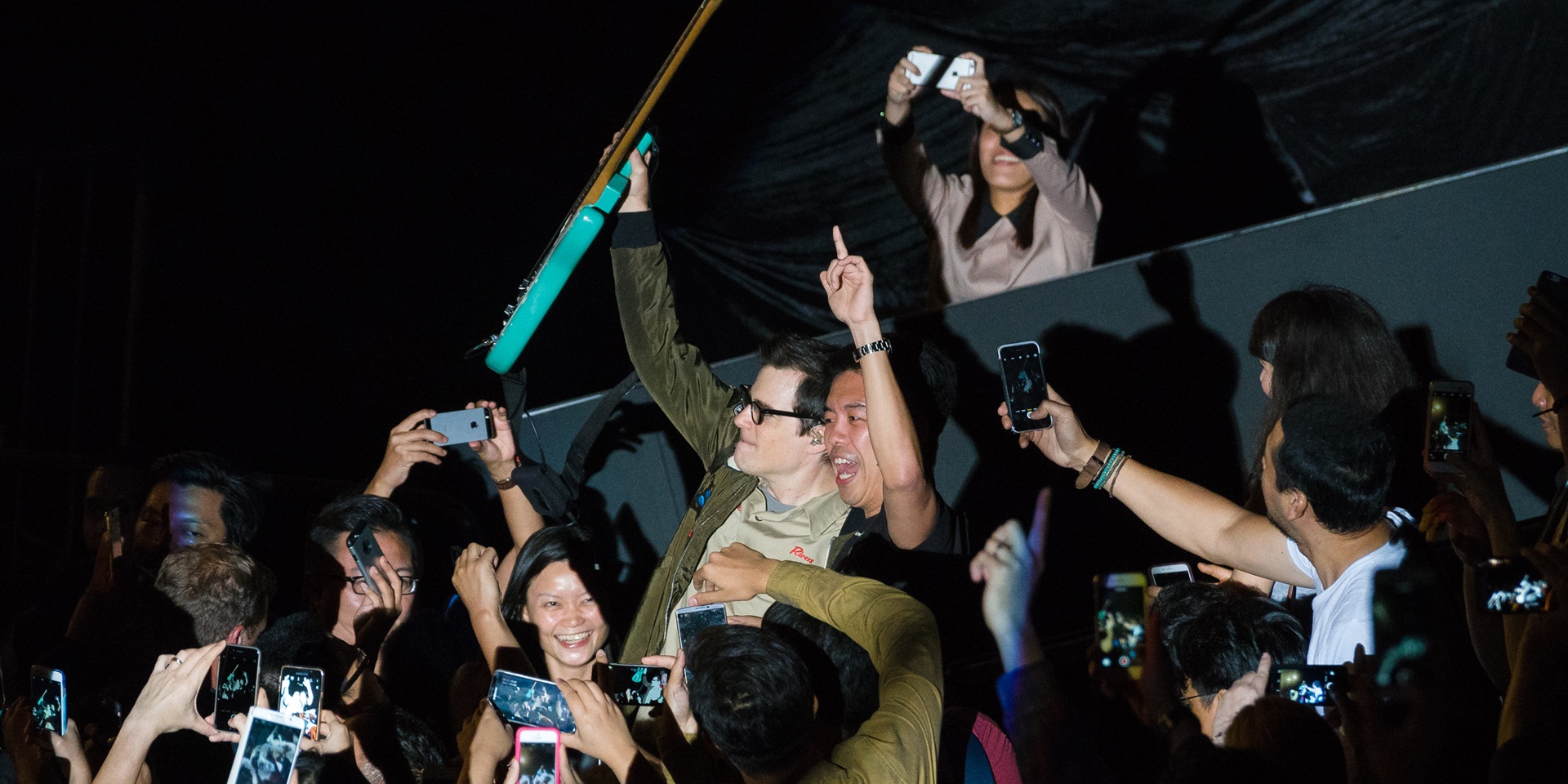 If you head over to Spotify and take a look at Weezer's artist page, a 40-track playlist made by the band is displayed prominently as the first thing you see when you arrive.

It's titled 'Best of Weezer' and in the description writes - "We are all on drugs so get out your hashpipe and if we want you to, we want you to listen to our favorite songs," which is a pretty neat insight into personal takes on their best tracks, especially with having comparisons between their sophomore and debut a clearly exhausted trite.

The breakdown is more interesting, however, with 10 tracks each from the White and Blue Albums. In number it's followed by six from Pinkerton, three from Make Believe and the Green Album each, and a brief one or two from the remainder. With such a vast repertoire of music over the past 22 years, it might be a little bit of a headache to balance the expectations of fans in a country you've never played in before, with ones' own personal and artistic ambitions. 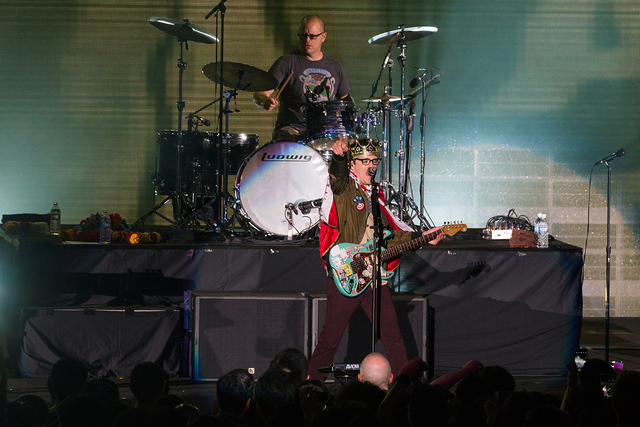 Right off the bat, the four piece marriage spun up the Suntec Convention Centre with a track off their latest album — the gently executed 'California Kids', tinged with nostalgia filled lyrics I cannot find more apt as I glance over the sea of faces — a sizable portion a more mature and older Singaporean crowd who might've grown up with the band's first few records.

The other tracks that appear on Weezer albums in the 21st century (excluding the most recent) are scattered around, with 'Hash Pipe', 'Pork and Beans', 'I Want You To' and 'Perfect Situation' being singular or of a two from each album, so that they could cover all the bases of every era — I assume what they consider to be best representative and fun for the crowd, with many of those tracks mirrored from that playlist. 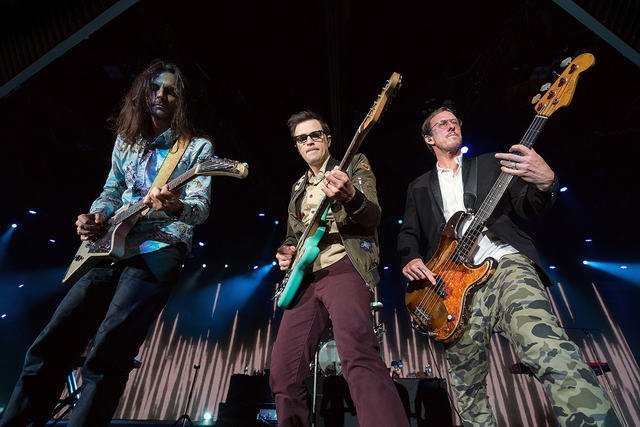 On the execution front, they resorted to playing medleys, which felt detracting from the experience at times. An example being the iconic seven-minute juggernaut 'Only In Dreams' squeezed in with 'King of The World', sacrificing the former's pulsating build up and latter's highly enjoyable bridge section in the process.

Maybe just a few more tracks from The White Album would have been greatly appreciated, considering how strong and timely the material is, with 'Wind In Our Sail', 'Do You Wanna Get High' and 'L.A Girlz' — standout and spotless tracks from top to bottom. 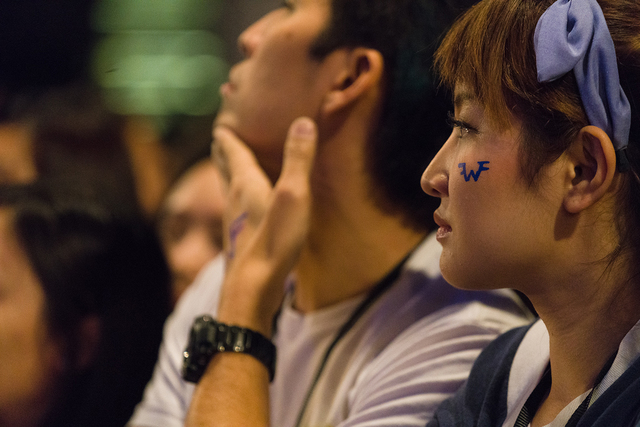 I guess seeing 'Say It Ain't So' coupled with just the energy and music camaraderie among the fans made up for it. As the crowd started belting out 'Island In The Sun' and 'Buddy Holly' in harmony with some getting up to groove and dance at the seated section, the air of radiance and positivity was inescapable in the room.

And not to leave out, Weezer looked as comfortable as they could be, all while being eminently professional, churning out track after track with precision and showmanship, playing not just to the crowd but evidently for the crowd — a work ethic to admire. 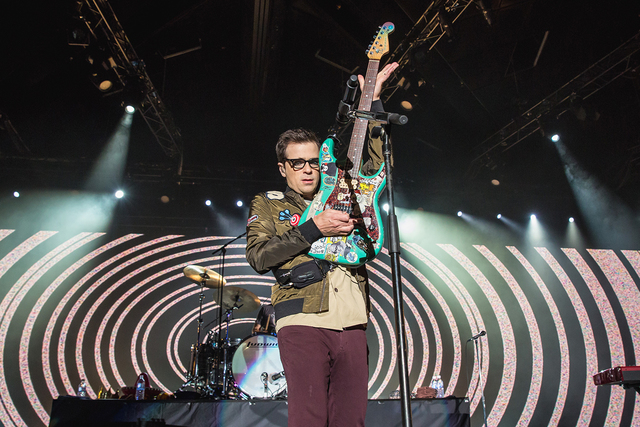 During the encore, Rivers pulls out a keyboard and starts playing fun.'s 'We Are Young' (still not sure if it's satire) followed by an improvisational piece about Joseph Schooling's recent achievements at the Rio Olympics, an earnest gesture not out of the 46-year-old frontman's reach after just also playing a cover of a Korean track a few days prior at Incheon.

As the evening drew to a close, with the gate just slightly ajar on the last track, a number of people rushed into the standing pen area. Hordes were bursting in on the right in such numbers that the frontman turned his head at one point, as they leaped and yelled the song's lyrics with a kind of conviction the venue has seen before — as if it would be another 25 years until they would come again, despite Rivers' declaration that the band would like to come back every year (don't make us believe, man.) 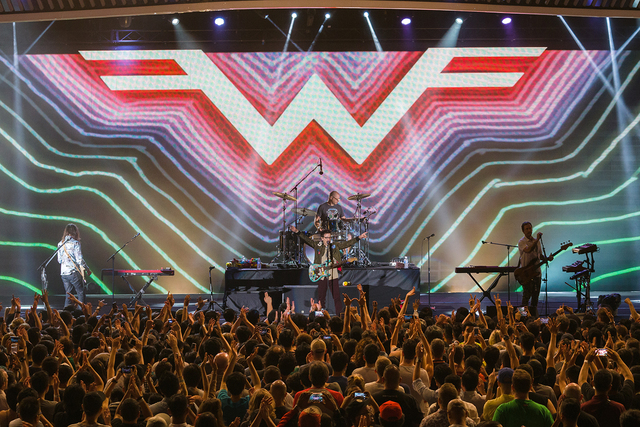 As a young music fan, I wonder what Weezer meant to the people in generations before me, whether it be interlaced with a personal memory or being an influence for someone's music sonically or structurally.

I can only hypothesize, but as I take a look back at the sea of gleaming faces belting out verses and choruses, of fans who've even travelled across the region just for this show, of a certain togetherness and some meaning, I look at the job and of some preconceived mission — of one very well done. 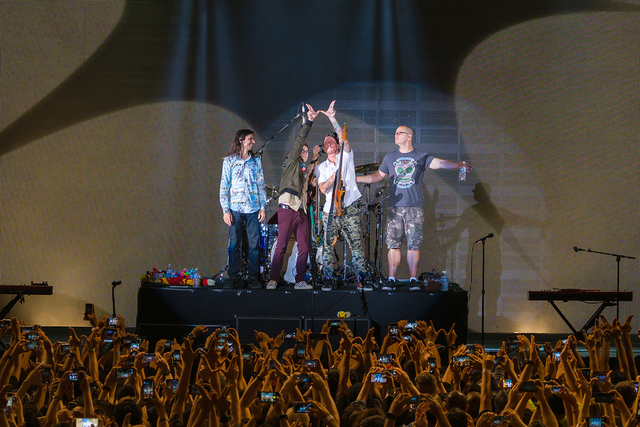 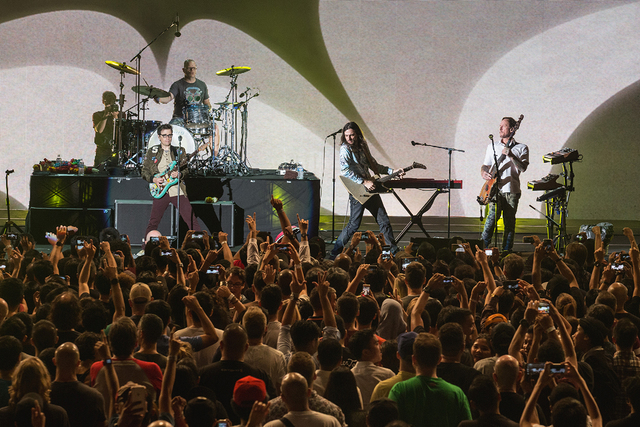 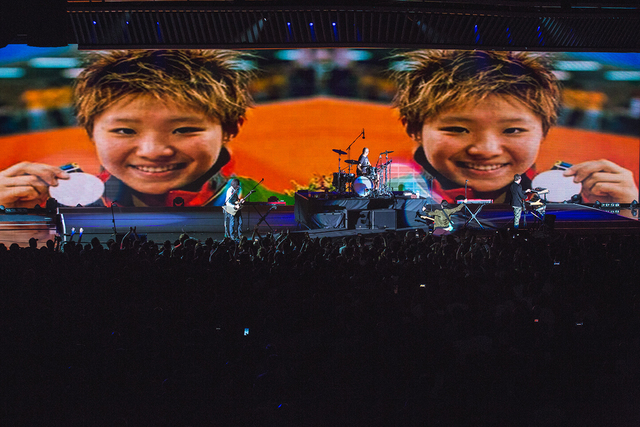 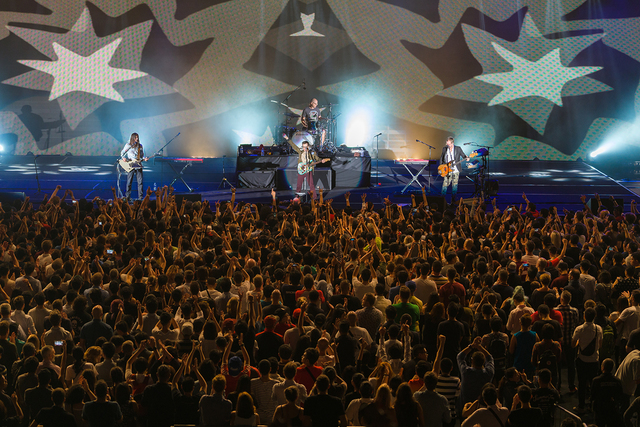 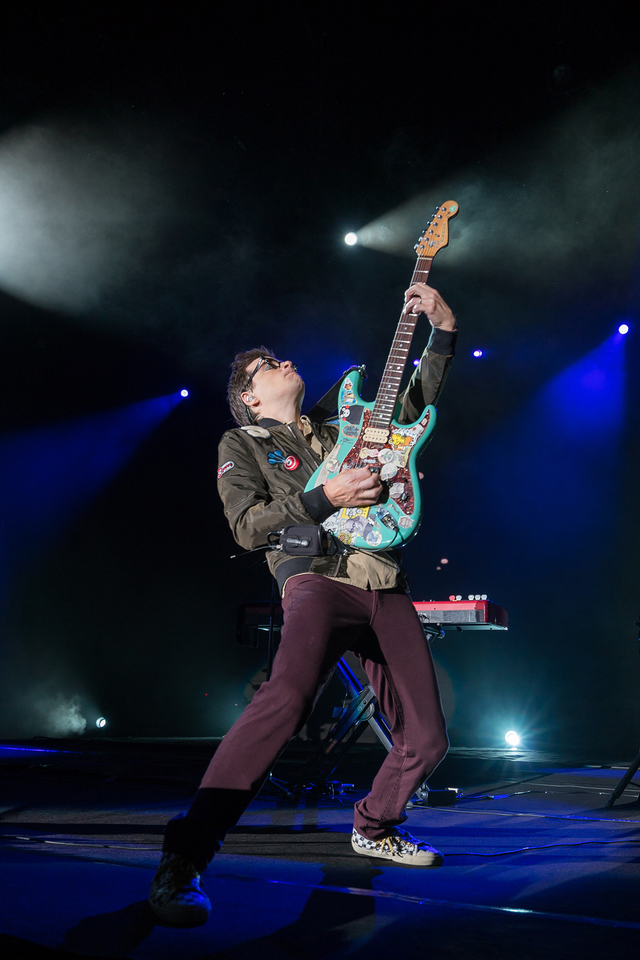