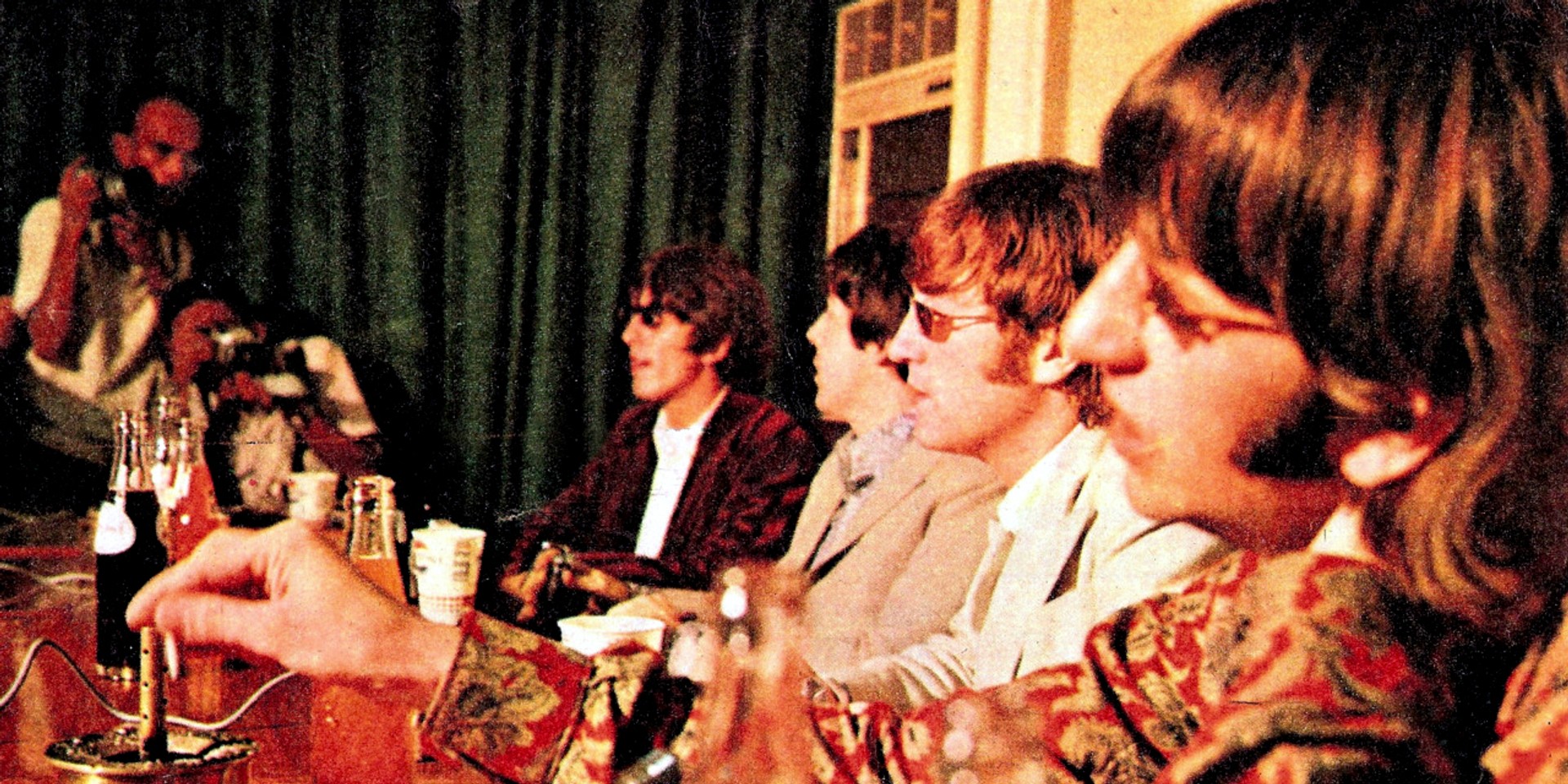 It's not the case now, but rock n roll has faced a tumultuous relationship with Singapore for decades, which also led to a shut-down of local rock music in the 70s.

Needless to say, Asia never remained stagnant and bands simply transited through Singapore or completely passed us. One such band in the former is eminent rock band The Beatles, when they had a brief layover after a concert in Hong Kong during a 1964 tour.

They were on their way to Adelaide, Australia when they were greeted by fans at the Paya Lebar airport (which is now Paya Lebar Air Base). A first-hand account can be found here, but while the fleeting presence of the Fab Four was more than welcomed by adoring Singaporean fans, a lengthier visit in Manila two years later  — which included two overwhelmingly-attended concerts — ended in brief terror over an unfortunate misunderstanding.

According to anthology site The Beatles Bible, Manila was the only other stop in their 1966 Far East tour — the last Asian tour they did before calling it quits for live shows altogether — and the shows were highly anticipated, with an unprecedented total number of 80,000 fans in attendance.

They were riotous shows, typical of a Beatles show anywhere, but the shows were also plagued by tension that escalated as the band made their way out of the country the next day.

We did, and there it was, live from the palace. There was a huge line of people either side of the long marble corridor, with kids in their best clothing, and the TV commentator saying, 'And they're still not here yet. The Beatles are supposed to be here.'

We sat there in amazement. We couldn't believe it, and we just had to watch ourselves not arriving at the presidential palace."

At that time, the Philippines was run by controversial figure Ferdinand Marcos, and his wife Imelda had extended an invite to the band to attend a reception at the Presidential Palace, followed by a luncheon honouring the band. Evidently, the band and their management didn't get the memo, and were unaware of the ramifications of declining such an invite.

Their manager Brian Epstein turned down the government officials who came knocking at 4am to escort the band — "This is not a request. We have our orders. The children who wish to meet The Beatles will assemble at eleven," the officers stated. Epstein was adamant the band were not to be interrupted, as they had to rest to prepare for their two shows later that day. 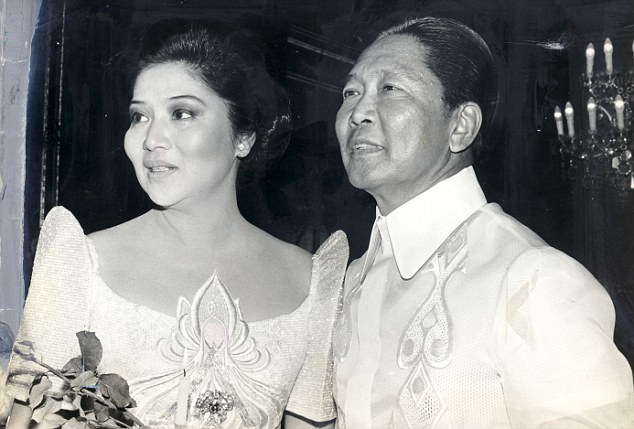 Pictured: Ferdinand Marcos with his wife Imelda, whose invitation to the band was allegedly arranged by the show's concert promoter Ramon Ramos, and wasn't transmitted to the band's manager, Brian Epstein.

The "snub" was quickly reported by the media once the children at the reception were left disappointed, without any Beatle in sight. Footage of the children crying were propagated by news channels, and between the band's two concerts in the evening, Epstein realized, to his horror, of the misunderstanding and quickly travelled to a television studio to set the record straight.

However, the audio transmission during his interview was strangely interfered throughout the entirety of his speech, and as the news continued to spread, unrest grew.

"At the end of the second concert, our police escort back to the hotel was withdrawn and gates were locked against our convoy," said Tony Barrow, who was the Beatles' main press officer. "This left our stationary limousines at the mercy of organised troublemakers, scores I would say rather than dozens, pressing menacingly against our windows, rocking the vehicles to and fro and yelling insults at The Beatles which none of us could understand."

The next day, the band woke up to headlines like "IMELDA STOOD UP: FIRST FAMILY WAITS IN VAIN FOR MOPHEADS" and "FURORE OVER BEATLES SNUB DAMPENS SHOW" as the narrative of the band snubbing the queen continued.

Eager to leave the country as soon as they could, the band arrived at the airport and were greeted by antagonism – management staff were allegedly instructed to not give any assistance to the band, forcing their crew to manually carry all the heavy equipment while climbing deactivated escalators.

When The Beatles joined us, Filipino thugs, some in military uniform, closed in on our party from all sides. Guns were brandished and fired into the air, makeshift cudgels and coshes were waved in our faces.

Someone shouted in English that The Beatles were not special and deserved to be treated just like ordinary passengers. John said: 'Ordinary passengers? They don't get kicked and thumped, do they?' There was no alternative but to run the gauntlet of the menacing mob.

Brian Epstein was punched in the face and kicked in the groin. The roadies got the worst of it. Mal Evans was kicked in the ribs and tripped up but he staggered on across the tarmac towards the aircraft with blood streaming down one leg.

We did our best to shield John, Paul, George and Ringo from direct blows. Vic Lewis and I were the last to go. He held an open hand across his back saying it might protect his spine from a sniper's bullet."

Despite a mishap with the entire party's immigration papers, all of them were cleared to leave, with the band visibly shaken from the experience — the band swore to never step foot in the country again, with John Lennon proclaiming in The Beatles Anthology that “no plane’s going to go through the Philippines with me on it. I wouldn’t even fly over it."

While a report surfaced a few years ago that the conflict in the airport was not of Imelda Marcos' doing — “I am a big Beatle fan and when I heard they were being manhandled, I immediately ran to the airport and had it stopped" — it has since been a famous story within Beatles fanatics and rock n roll lore, and an infamous example of the Marcos dictatorship that extended beyond its population. 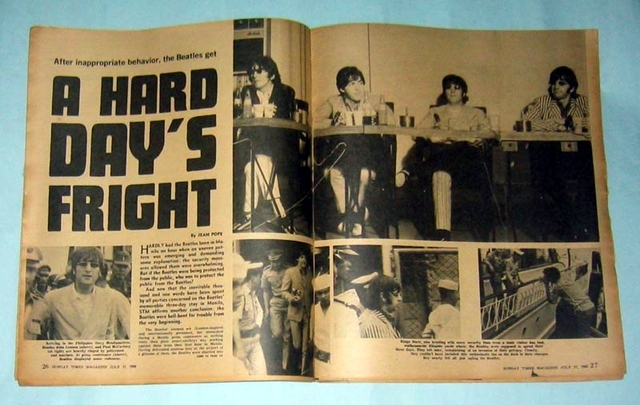 Recent efforts were actually made by Filipino fans towards drummer Ringo Starr, whose 2015 album Postcards From Paradise prompted a promotional effort that fans in the Philippines — orchestrated by local rock legend Ely Buendia — took to send postcards to him showcasing the beauty of the country's landscape, to somehow convince the Beatle to come back.

“He didn’t get a very good picture the last time he was here, and maybe, just maybe, we can all work it out to bring him back,” said Ely.