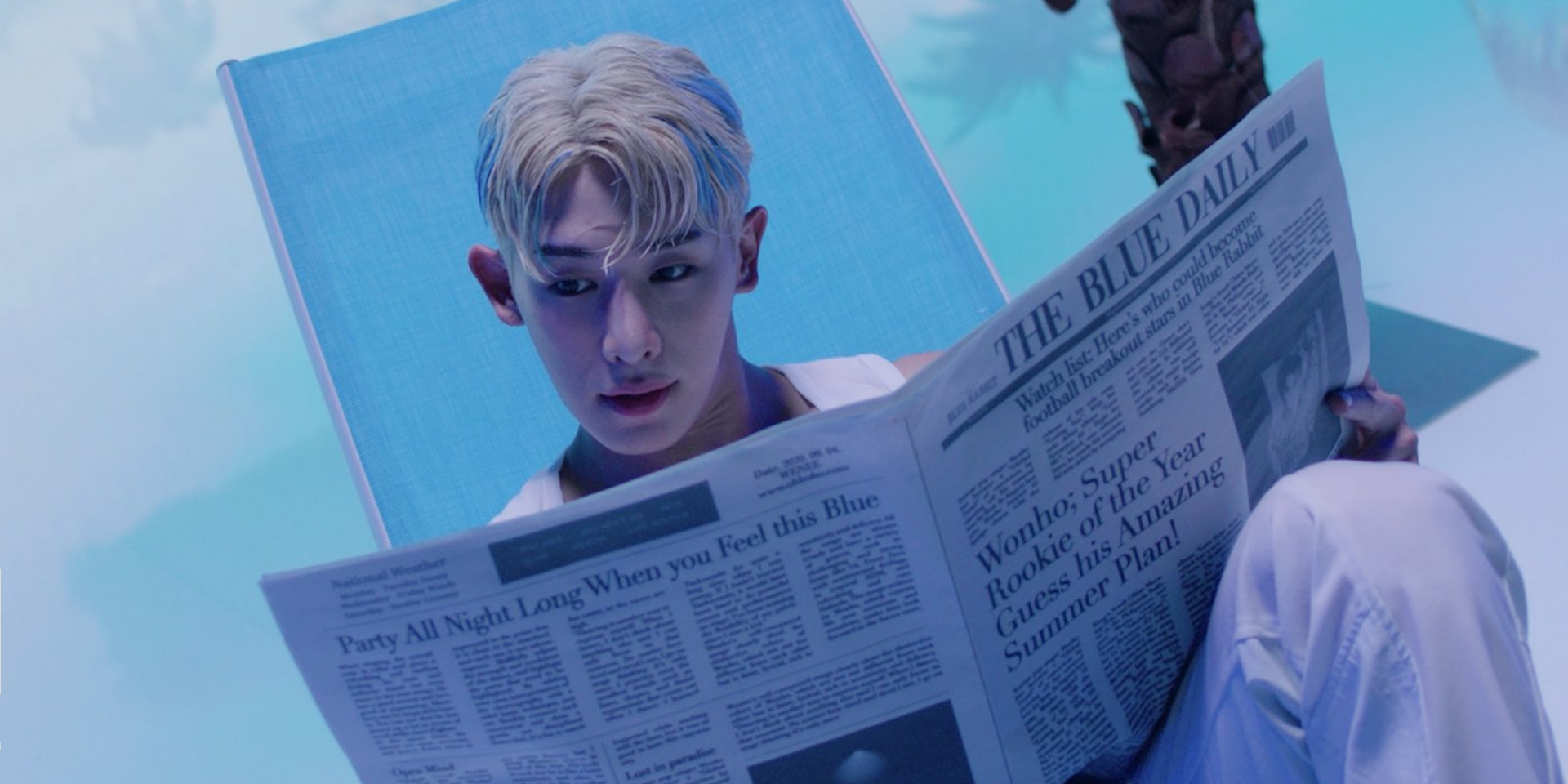 Wonho is back with a new mini album!

The release of the record was also accompanied by a music video for 'BLUE'. An upbeat dance track, 'BLUE' is about the ups and downs of the pandemic and how to stay optimistic through it all.

The other songs on the album include 'Intro: Seasons and Patterns', 'No Text No Call', 'Come Over Tonight', '24/7', 'Stranger', and an English version of the title track 'BLUE'.

WONHO also recently announced that he would be releasing a Japanese mini-album, On The Way ~ Embrace ~, out on 27 October.