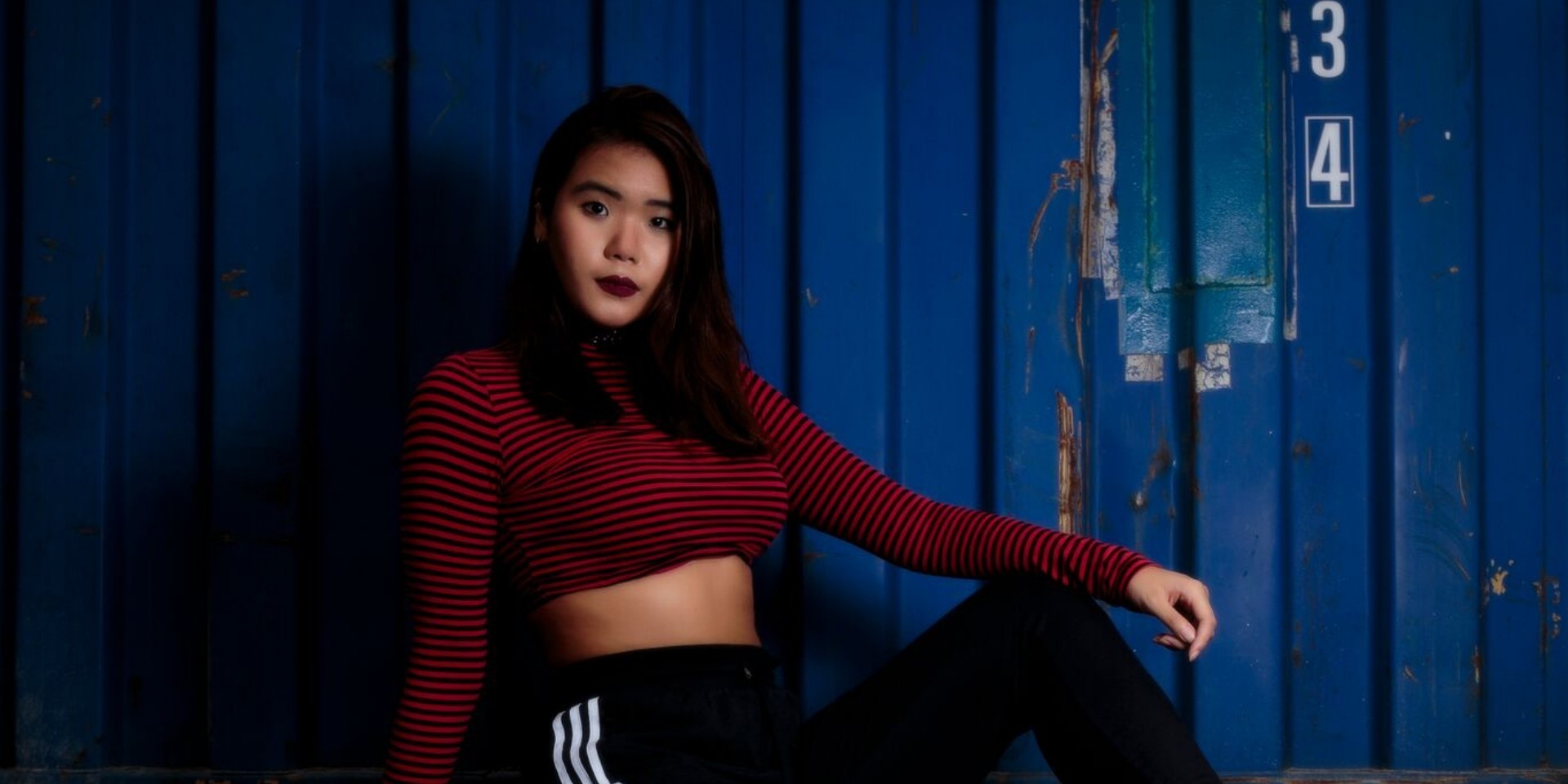 JESSMO did it the old-fashioned way: Reconfigured the negative into something liberating and creative. Teased for being “emotional” in school—“emo” became appended to her real name, Jessica—the Singaporean singer-songwriter and producer embraced the insult and made it her artistic calling card. Today, years later, that is the name by which she signs off on her burgeoning body of pop-informed, highly kinetic electronic music that is also knowingly emotive.

This Friday, JESSMO will play her debut show in Singapore. Bandwagon caught up with her before the big day to find out more about how she’s approaching that pivotal moment in her career.

How did you get into music?

I started out by playing shows in Europe after college as a singer-songwriter. But I always thought there was something missing. I worked with a few producers and had some singles out but I was never satisfied. At some point, I decided to do everything by myself – that way, I could have full control and I could translate what I heard in my head into reality. Ever since then, I’ve been on an incredible journey. I’ve been classically trained since I was five and it’s thrilling being able to incorporate electronic elements into that way of approaching music.

And what led you to Europe?

So I left college when I was 17. It was probably the worst year of my life. I didn’t fit in and I wasn’t passionate about anything I was studying there. My heart was just in a different place: I always wanted to do music. The calling was so strong. My time in college was so terrible that it drove me to get out of Singapore and to do what I really wanted to do. It was sort of a blessing in disguise. I moved to London thereafter and worked a bunch of music-related jobs. During that time, I organised a little Europe tour where I played a show in every city I visited.

It was a great time; I was really happy to be out on the road and being forced out of my comfort zone really showed me how I could take my music further. Europe is an environment I could thrive in; it was inspiring. I remember living in Ireland and seeing grandparents come together and play the guitar and the banjo, just vibing every night.

Your music, through extremely dancey is also deeply emotional. Why is that duality important to you?

You know, that’s how my moniker came about. Back in high school, some people I used to know used to tease me with the name, “Jessmo”, which is a combination of my name, “Jessica”, and “emo”, because they thought I was emotional. I decided to make it my artist name and turn it into something positive, into my strength. That’s why the lyrical element is extremely important to me and and why my songs are uplifting and empowering. You can’t be dancing sad, right?

You’ll be playing your first-ever show in Singapore this Friday. How are you feeling right now?

Wow. Right now, I’m really mentally and physically drained. There’s just been so much work. Look at it this way: If you want to deliver an excellent 8 minute show, you need to practice for 8 months. Imagine what goes into an hour-long show. But at the same time, I’ve enjoyed the process of putting the show together. I think I’m heading in the right direction. My family and friends have also been really supportive. I feel really good about it. I just need a bit more sleep! 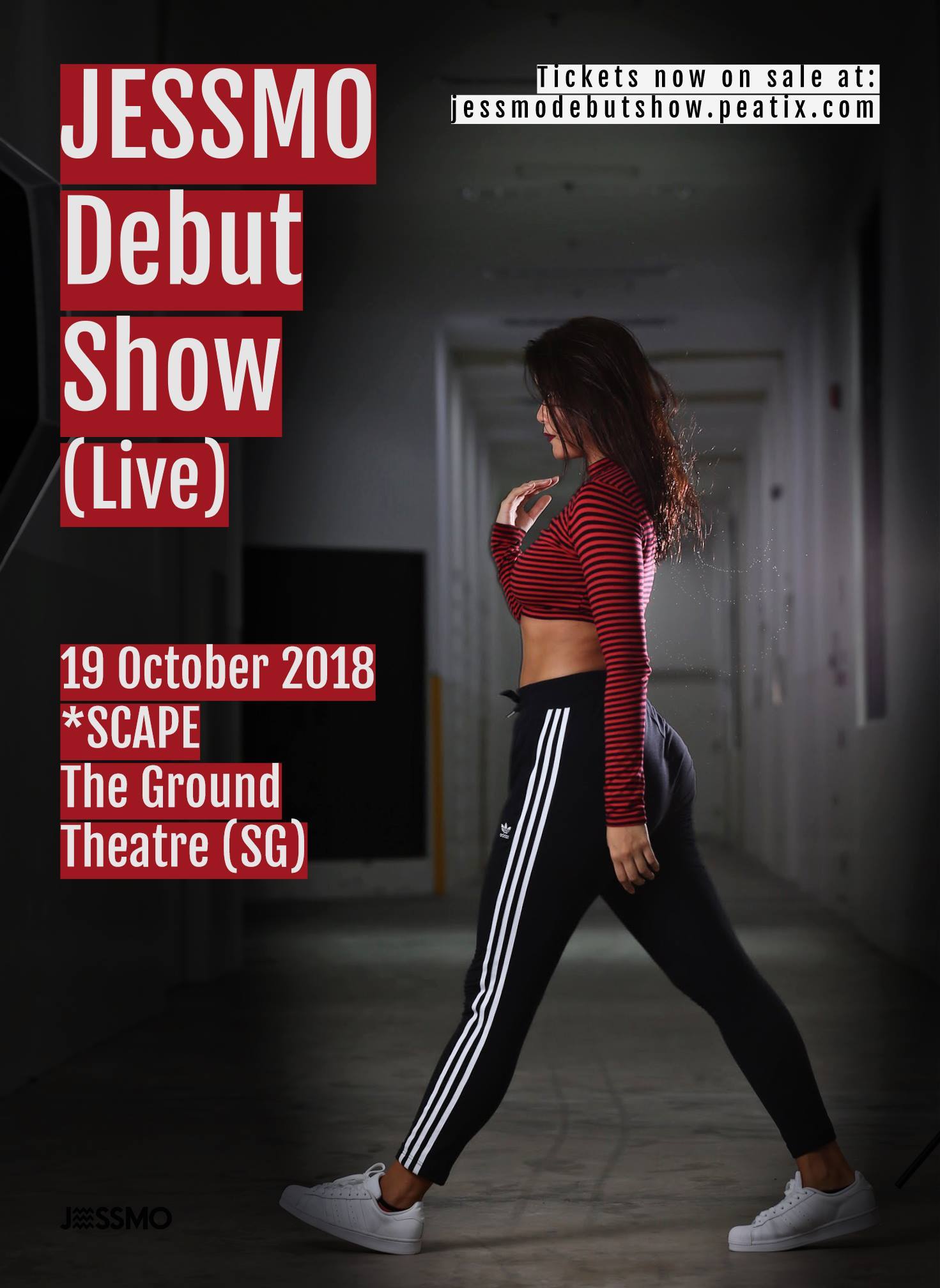 What can people expect at your performance?

You can look forward to both old and new JESSMO songs, as well my earlier piano-driven tracks. But the highlight of the show will be the dance segment. We’re going hard. It’s going to be fun. I just want every one to dance, sing along and have a good time. I’m also working with a couple of sponsors such as Audio-Technica––which is a huge dream come true for me––and Laplandia Vodka from Finland.

And lastly, is there any new music you’re working on?

I’d love to take this show on the road and play in other countries. Next month, I have a secret performance at a secret venue. And towards the end of the year, everything will wrap up in the form of an album. I might do an acoustic project of my earlier songs since my friends like that softer side of me so much.