Every year, when the legendary outdoor dance music festival ZoukOut descents upon us, our expectations run high, along with heart rates, spirits and perspiration. This year, as ZoukOut celebrated its 14th anniversary, the two-day festivities drew in a record-breaking turnout of 50,000 revellers to Siloso Beach, Sentosa. It featured a few of the biggest international artists in electronic dance music, among our very own local veterans over two impressive stages, duly christened Moon and Star.

Kickstarting the debauchery on Day One were Zouk’s residents Andrew Tang and Matthew at the Moon Stage, followed by Dannic, a Dutch DJ producer that opened for the I AM HARDWELL tour in September last year, and his fellow countrymen, duo W&W who first debuted at Zouk in 2012.

Debbie Chia (Red Bull Music Academy graduate, lady-boss of Midnight Shift, and founder of the FFF Girl DJ Bootcamp) wove through electro, techno and dub on decks with ease followed by Roxy and Hong (Zouk’s anchor main-room resident) at the Star Stage. You can check out Debbie’s set here:

Neurotic warmup live at ZoukOut 2014 by Debbie Chia on Mixcloud

We are no strangers to legends Above & Beyond, who has a mighty fanbase worldwide. Emotional messages like 'Life is made of small moments, together by the ocean—on a beach—under the stars', 'If you love someone let them know—you never know what tomorrow brings' and 'Music unites us all' flashed over the stunning visuals throughout their set. It was difficult to fight back a tear while 'On A Good Day' rang in our ears and tugged on our heartstrings.

Next up at the Moon Stage was Nicky Romero, followed by Steve Aoki, both ranked within the top 10 of DJ Magazine’s Top 100 DJs poll in 2014. We are furiously trying to identify Nicky’s amazing intro track—any enlightenment would be greatly appreciated. Our dear 'Asian Jesus' was up to his usual entertaining antics, and this time Nicky decided to participate in the fun by crowdsurfing on Aoki's raft float. 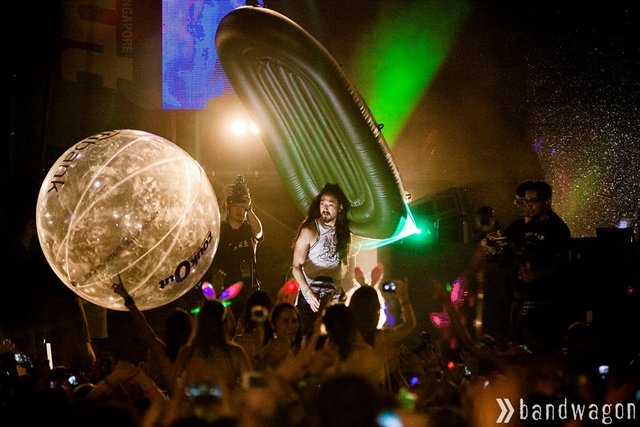 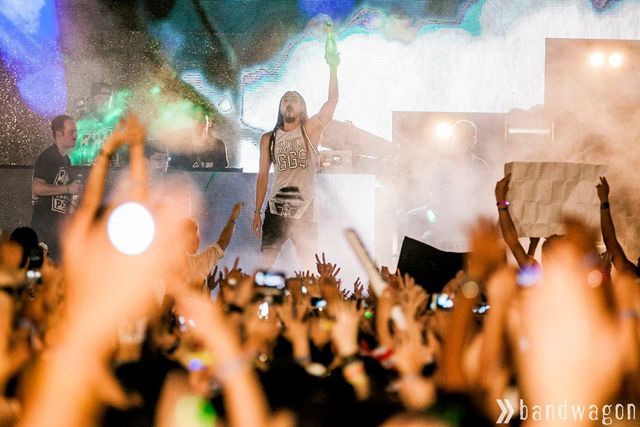 Magda began an assault on our senses with minimal beats at the Star Stage before the next two underground titans took the decks. Loco Dice (widely considered to be one of the cornerstones of electronic music community) and Richie Hawtin, (best known for his work under the alias Plastikman) went back to back flawlessly, feeding their energetic rhythms to the crowd. Time flew by easily as we got hypnotically lost in the groove, and it left us wanting more.

For the real troopers that were not too hungover from the first day would have caught the cream crop of the Singapore nightlife scene such as Lincey, Ghetto, and Aldrin at the Moon Stage, as well as KFC, Mr. Has, and Jeremy Boon at the Star Stage on the second day. Goldfish & Blink were on hand to represent our neighbours at Zouk KL.

It’s evident that the Netherlands consistently churn out great talents, with the two brothers in Showtek, and 18 year EDM prodigy old Martin Garrix. The crowd’s energy was blown sky-high as fireworks went off at the peak of Martin’s set. Speaking of explosive things, if anyone knows how to deliver a pumping party, it would be Steve Angello, a third of EDM giant Swedish House Mafia. Nothing was cheesy, nothing was overplayed. 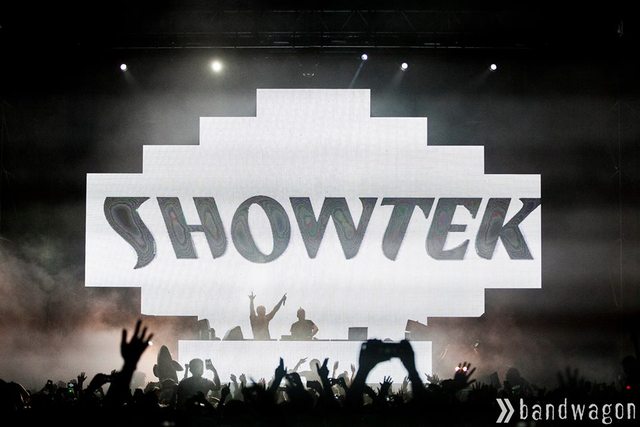 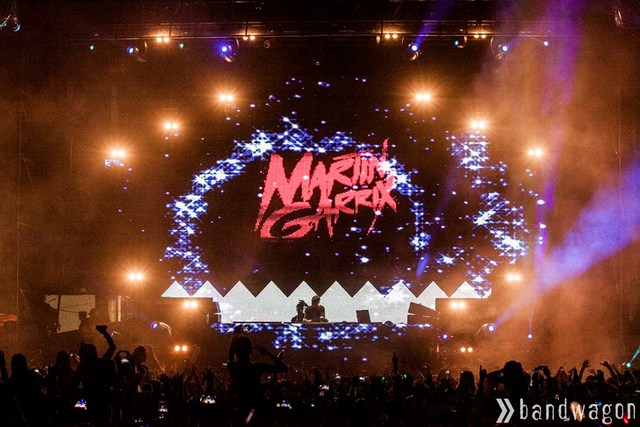 We were treated to an auditory feast of partaking in five connoisseurs each unique to their own sound at the Star Stage, starting with breakthrough artist Mano Le Tough, 8th on Resident Advisor's Poll of Top DJs in 2014, Damian Lazarus, the purveyor of fresh and energetic tunes, Maya Jane Coles with her dark and bass-heavy sound, and Dubfire, who really got the crowd going with hard hitting beats from start to finish, and finally, Nina Kraviz with her sublimely crafted, deep and trippy set.

Headliner Skrillex made his first debut in Singapore, and it was an absolute treat. Besides the trendy visuals and having extremely diverse sounds in his set, he looped elements like ‘Peanut Butter Jelly Time’ and ‘Circle of Life’ into his tunes, and his frequent shout-outs throughly engaged the crowd. It was truly a pleasure witnessing it all and the sunrise as a bonus from the Heineken booth. We watched as the giant neon sign of "Eat Sleep Rave Repeat” slowly grow dull, and we can gladly say we've made it to first light. Thank you ZoukOut, see you next year. 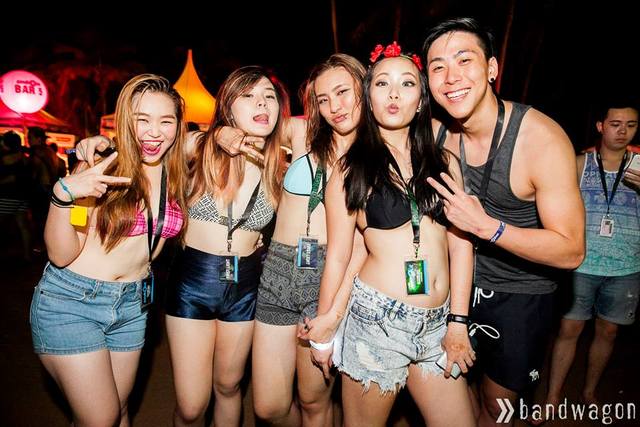 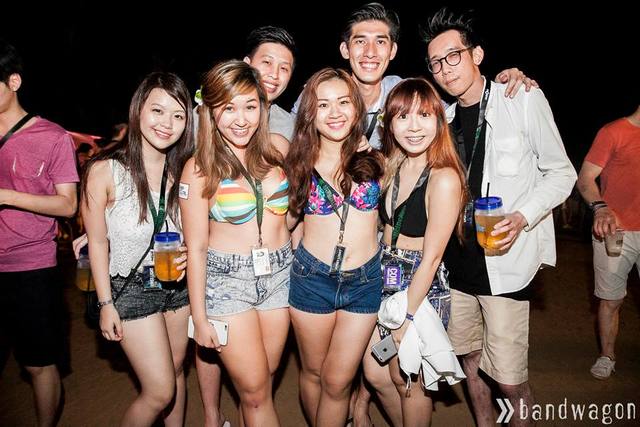 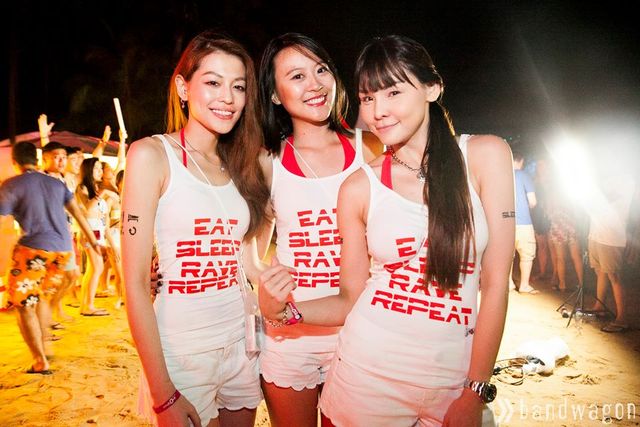