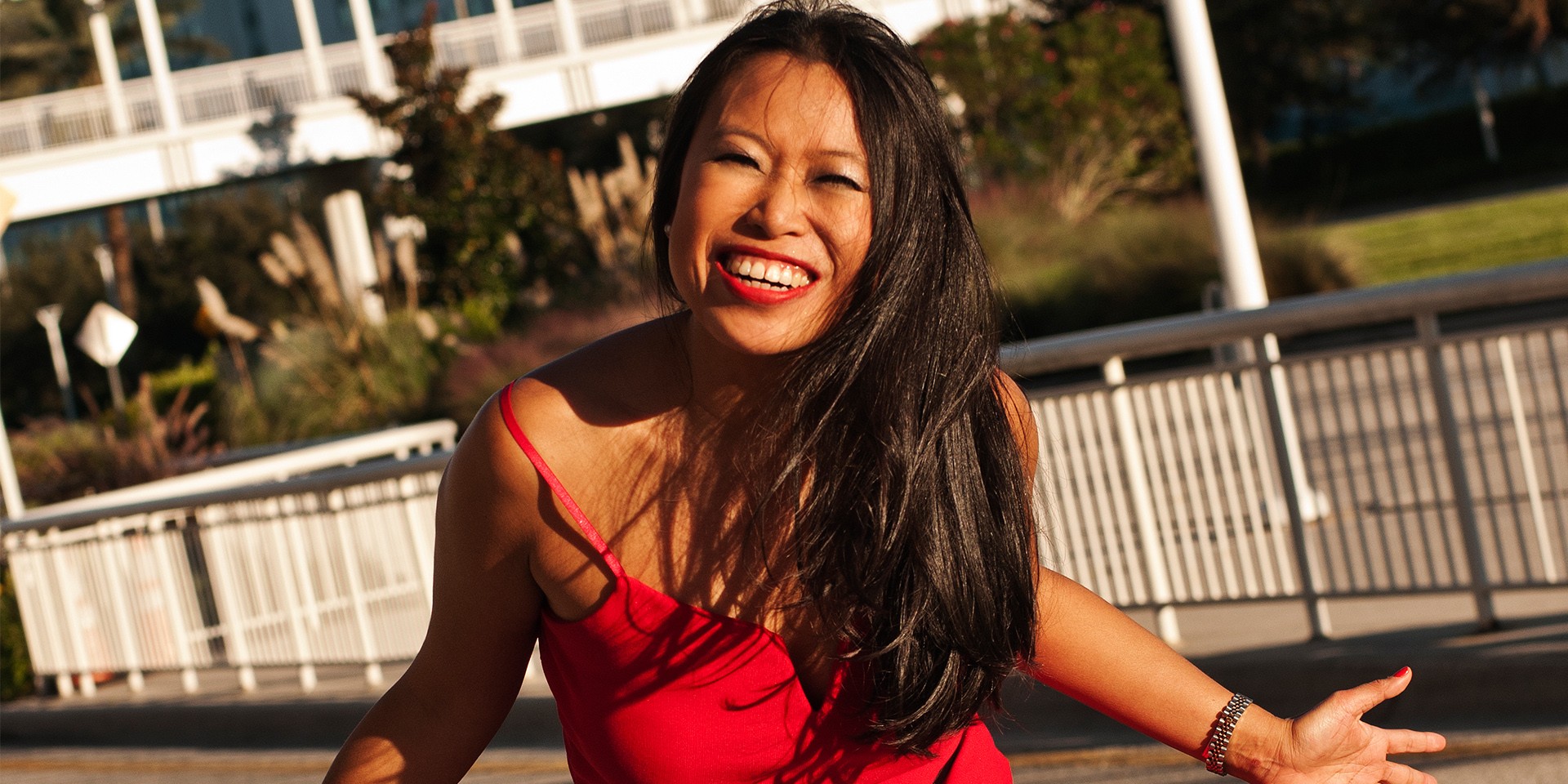 For veteran performer and singer-songwriter Michelle SgP, her music is a platform for many talents, not just her own.

And the world she crafts in her music, albeit deeply personal and uniquely shaped by her experiences, is something that is wholly relatable — weathering the darkness ahead, and looking beyond what's in front of you.

Despite what the title of her single 'Escape' may suggest, she explores real-world experiences that form an anthem of resilience, rather than diverting to comfortable escapism.

And she unites these themes by roping in collaborators for her ambitious music video: featuring individuals "who have been born in all kinds of life situations", and who've had "the strength to overcome". Many of them are now "industry leaders, orphanage sponsors, award-winning writers, innovation winners."

"Inspiration can come from the unexpected places," she tells us. "This song had existed, it was just never scheduled for a formal recording. It was only after playing the song at Esplanade's Diva Nights series, where 71-year-old Roland — Esplanade Outdoor Theatre's famed busker dancer — got up to dance very spontaneously and got the crowd going."

"That inspired me with the thought "if this song could get a senior up on his feet tapping, and the rest following along, I guess there is something in this song then." That's when I decided to record it. And then use the concept of people with life stories and/or great passion for what they do, up and dancing."

This platform of a joyous party through inspiration is directly reflected in the music video, featuring a diverse cast of talents dancing along to the song.

Filmed in Los Angeles and recorded in Singapore, 'Escape' is lifted by Michelle SgP's exuberance and an invigorating saxophone solo, performed by Brandon Fields, a musician whose work includes releases by Ray Charles, Tower Of Power, Elton John and George Benson.

Performing alongside Fields and veteran drummer Stacey Lamont Sydnor, Michelle's efforts in building her music assures the kind of escapism that is not only jubilant but restorative and entirely empowering. 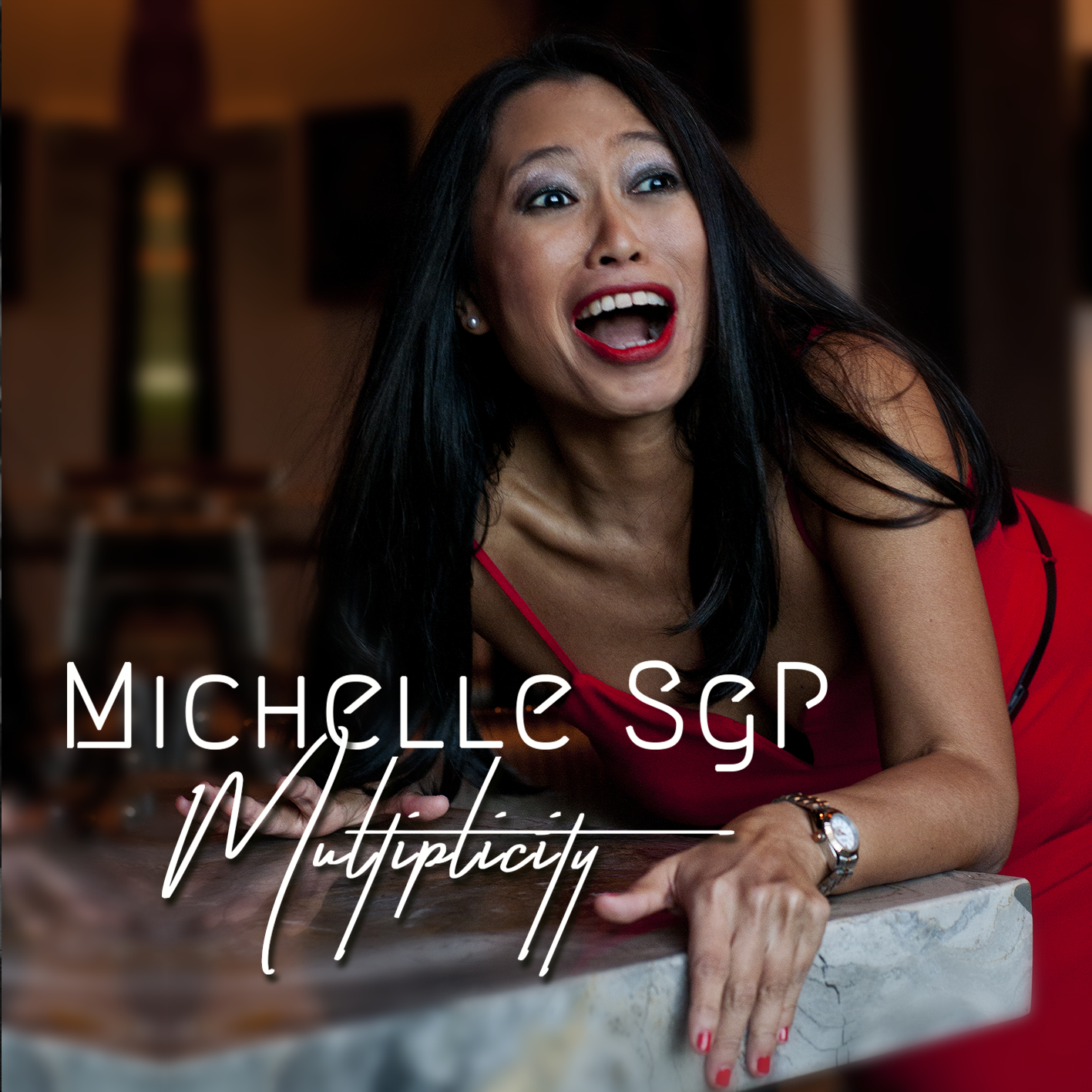 'Escape' is the latest single from Multiplicity, the latest effort by the Singaporean jazz musician. The album was meticulously put together by Michelle and her team, which involved "experimenting with many major recording studios in Singapore, knowing what worked and what would not". A professional live musician by trade, working within the studio to craft recorded tracks — ones that would take a life of their own on streaming platforms — was a challenge. But it was one that she tackled head-on.

"I knew I had to sit in the studio with everybody and hit it like a 'live' show," she says. "There was a draft that it was based on, which was an earlier show at the Esplanade Outdoor Theatre. From that, the session was worked on. And we had just an afternoon to record; so everything was happening at a breakneck pace."

Multiplicity also features the song 'Goodbyes' — which also received the music video treatment — and the entire album is an example of her skilful musical instincts working on individual songs.

"I realised there was a commonality to what I did — which was based on the song," she emphasizes. "I had instinctively based the styles, mood, and vibe on the message behind the song I wrote, along with the musicians I met. So it was like a matchmaking agency."

Michelle will be celebrating the launch of her album Multiplicity on January 29th, with special guests Druv Kent and Sophia Joe, performing with a mammoth 12-piece band. Tickets at S$40 are now available here.

Watch the music video for 'Escape' and learn more facts about how this impressive music video was put together by Michelle:

Here's how the music video was put together, in the words of Michelle:

The L.A. street scenes of the video was filmed en route a 7-hour stopover. The moment my flight landed 11pm, we drove around the streets of LA. in the middle of the night to catch our scenes. I was initially planning to get musicians to record in that slot, knowing night owl musicians. So the sound recording was made a week before on a separate afternoon in L.A., when I was in the vicinity in a neighboring state."

There was this scene with what looks like a police car/tow car with sirens. We were filming in front of City Hall, and had left the car by the road. They had slowed down to give the film guys a fine, but they made it scurrying off to the next location. You would hear the sirens going off in the video!"

The white tunnel in the backdrop was one where some homeless people were sleeping in — given the theme of overcoming life's harshest moments, the crew also took me to the the streets to chat with the destitute on the streets to understand their vibe as well.

Despite the social work attachments I'd done back home, it was still surreal witnessing poverty first hand in a different, developed country."

You may have noticed percussionist drummer Stacey who was plying with a bandaged hand; yes he had sliced his hand on his way to the gig while moving his drums. It was a really bad slice but he still turned up, and I am floored by the dedication, and his gregorious smile always lit up the room.

Stacy has played for the the greats as The Jacksons, Jill Scott, Stevie Wonder. The minute he started hitting the drums, I went in my mind, "Hey I know that sound!" I've heard it on live shows and records, and now I am actually recording with: the guy with that sound we all know!"

After we had done the session, and we were doing a listening review, Stacey came to me and said.. hey.. are you that girl who was singing/playing at The Hyatt (actually it was The Mandarin) when we were on tour  with Germaine Jackson? Hey.. I remember you!" That stunned me, and him too, as the world can be so big yet so small sometimes! And next thing I knew, I saw this FB shoutout, a humble soul."

This feature is presented by Staynuts Music.