My fascination with Eurovision began before I developed any sort of cultural taste and preferences. And even after I did, I have always appreciated its garishness, snarky commentators, the 3-minute songs, how each act manages to put on a pantomime while adhering to the ‘6 people on stage only’ rule, and this grandiose celebration of unity in diversity.

When you live in a European country, or Australia, Eurovision is a pretty huge deal. Despite its reputation for being a kitsch cavalcade of cheesy songs and camp costumes, Eurovision is watched lovingly around the world by an estimated 1.25 million. This 60-year old singing competition also has had the likes of ABBA, Cliff Richard, Julio Iglesias (yup, father of Enrique) and Celine Dion (representing Switzerland) as part of the alumni. Besides the performers themselves, each country, plus Australia, will also have a media representative/host reporting from their own language, or how they see things – my personal favourite is UK’s Graham Norton.

Just a few days ago, Conchita Wurst from Austria won the annual competition. Conchita Wurst, real name Tom Neuwirth, is also a bearded drag queen, and while this was a victory to most, the decision enraged some, including competing country Russia who is famous for their strict anti-gay propaganda law. 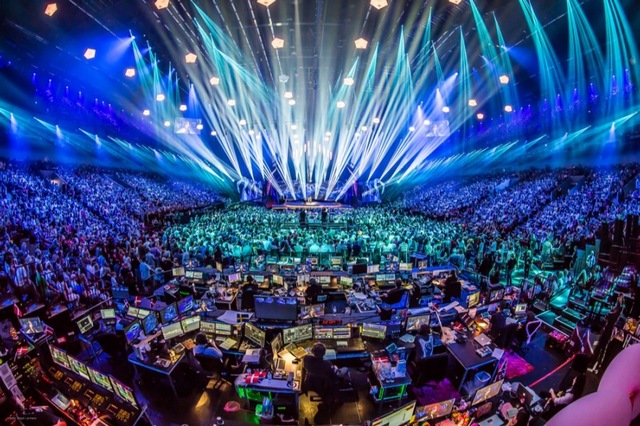 Despite the spectacle of elaborate costumes, unnecessary back-up dancers, and the lingering air of utter madness, Eurovision is an inherently political event, and a reminder of Europe’s enormous diversity. It is the arena where everyone is magically given a clean slate despite whatever reputation they may have outside the Eurovision bubble. Russia, Georgia, and Azerbaijan are given equal standing at the start of the competition. Until they start voting that is.

You can see this as a light introduction to European diplomacy – who are allies, who treads lightly around who – it’s like picking teams during PE. Greece and Cyprus bless each other with the highest points, everyone somehow includes Russia somewhere, in recent years UK and Ireland have depended on each other for points. It’s a thriller watching Eurovision, so much social and political unmentioned commentary going on there.

Heavy stuff aside, the main part of the competition is The Song. Composition matters of course, there are so many catchy ditties in the discography of the competition, and there’s also the importance of song content. Norway has scored 0 points four times, came in last 10 times, and they’ve written a song about the construction of hydro electric power station. Compelling stuff. There’s been a song on apricots, winning the Eurovision, dancing, and the sorts. Some ‘creative’ song titles include “Boom Bang-a-Bang” (UK, 1969), “La La La” (Spain, 1968), “A-Ba-Ni-Bi” (Israel, 1978), “Diggiloo Diggiley” (Sweden,1984).

The Eurovision is whack. But it makes for such entertaining viewing, it is what television was made for, a yearly extravaganza in HD. 58 years of Eurovision, and it still delivers its countless campy moments, cringeworthy parts, and surprises. Here, we present some of the most entertaining bits from Eurovison:

There is a cat on his shoulder, that is all.

The lyrics just go 'we are the winners of Eurovision'.

Back in the 70s, even without high technology, they went all out with the stage presence.

Here it is, the controversial winner of the year.

Yeah, we love fairytales and violins too.

Too much testosterone. And leather.

Let us shed some tears together. So much feels