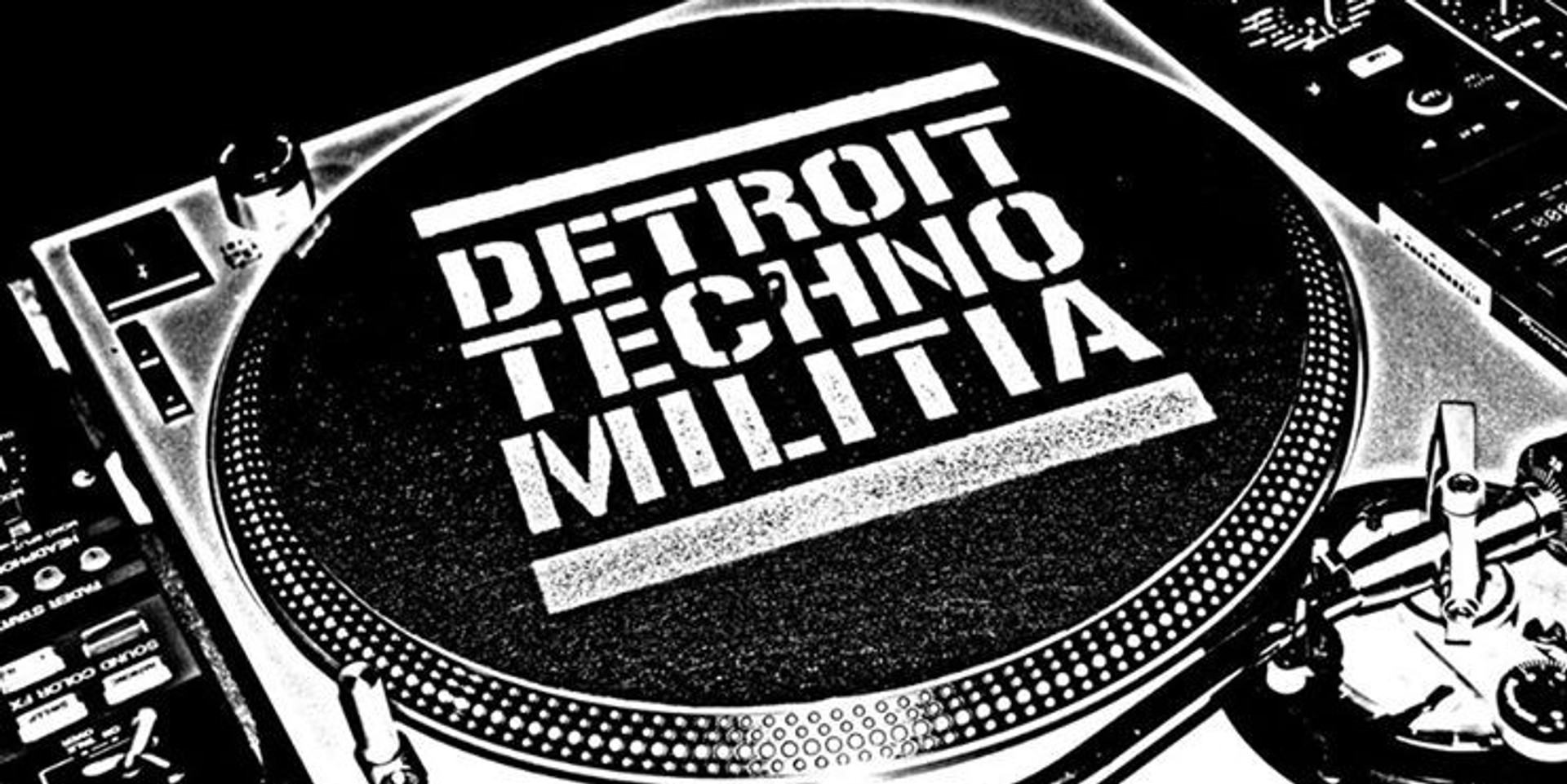 From Belleville to Berghain, techno has flourished and expanded into a multitude of styles and sounds over the last thirty years. But at its foundations, the genre can always be traced back to its roots in Detroit, Michigan. Inspired by early Chicago house and electro alongside more foreign and futuristic European influences such as Kraftwerk and Giorgio Moroder - an entire sound based upon technological spirituality was born.

As Derrick May famously said, "techno dance music defeats what Adorno saw as the alienating effect of mechanisation on the modern consciousness." And in the the mid-to-late '80s, May, along with other production pioneers such as Juan Atkins and Kevin Saunderson (the trio known as the Belleville Three) helped evolve this burgeoning Afrofuristic sound from a localized niche during its infancy, into a full-fledged global phenomenon.

In the ensuing years, names such as Jeff Mills, Carl Craig and Underground Resistance have built up their own legends around the inimitable Detroit techno sound - adding further richness to the genre's story. In recent years though, the task of carrying on Detroit techno's weighty legacy has been ably (and most notably) taken up by a grassroots collective of Detroit-based DJs and producers called the Detroit Techno Militia (DTM). 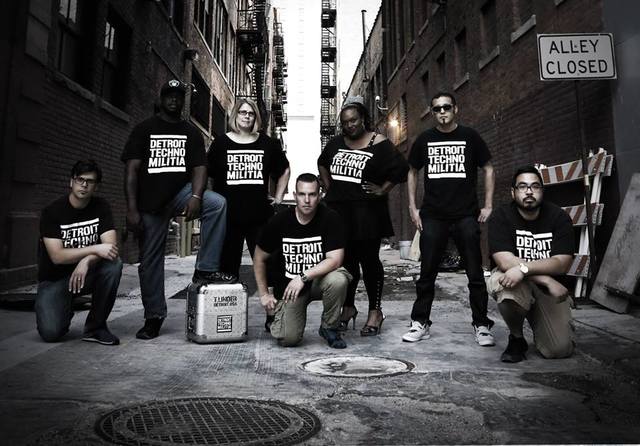 Their stated intention is to spread the gospel of Detroit techno to the world through their record label, podcasts and continent-spanning tours - and thus far - the young Militia have been doing outstanding work that would make their predecessors proud. Later this month, the Detroit Techno Milita will be bringing their noble mission to Canvas for the club's big second anniversary party, and we couldn't be more excited.

Ahead of the collective's showcase here, we caught up with core DTM member T.Linder to talk about some of Detroit techno's most influential records. Here's what he had to say.

"To me, Detroit techno music embodies the region between soulful and sinful, between outer space and the street. My sound embodies the latter of both. These are the top ten most influential Detroit records (in no particular order) that shaped my sound.

James Pennington’s debut record on Transmat is a dark, industrial/EBM influenced Detroit techno groove. I believe this is the record that set the mold for the darker, harder side of Detroit techno that I respond to.

The legend has it that Jeff Mills created this masterpiece when Underground Resistance was on their first tour of Australia and Asia in the early 1990s. It is a super-aggressive, acidic techno record that has gained a cult following over the years. Almost 25 years later, techno aficionados all over the world still yell “PLAY SEAWOLF!” with reckless abandon when I perform. But uninitiated DJs beware: You have to know this record before you play it out, it has a lot of changes and edits that will confound you, so stay alert and learn it.

In my opinion, Direct Beat was, and is the greatest electro label of all time. With AUX 88 as the flagship group, Direct Beat became the quintessential Detroit electro record label. Techno Bass: The Mission encapsulated the “Detroit Jit” sound in the mid-90s. There are dark and moody horror film soundscapes like Alien FM’s 'Nightmare' to roughneck-futurist jams like Di’Jital’s remix of Mark Taylor’s 'King Of Bass'. But in my opinion, 'X2' by “Mad” Mike Banks’ alias Electric Soul is the best electro track ever laid to wax. I love it so much that I bought the drum machine that he made it on from Mike himself.

Derrick May changed the world with this record. It is a symphonic, orchestral gem that works on its own as a beautiful piece of music as well as a killer dancefloor track played within a DJ set. It embodies the optimism of Detroiters. It cries for a better tomorrow and future for the hard working people of the city. You just have to listen to it. Words cannot express its greatness.

When the Purpose Maker records first dropped in the mid-1990s the Detroit DJs were all over them. Even though they were techno records to the core, even the house DJs were playing them. The Purpose Maker tracks were made to be played with other songs (DJ tools), rather than individual pieces of music. 'The Bells' was the best known and most played track, but 'Alarmswas' always my favorite. It is based around a sample from an earlier production of Jeff’s from his X-102 album. It is an eerie, atmospheric, otherworldly ‘ping’ among a driving 909 percussive workout.

Cybotron’s seminal album Enter was the first Detroit techno album ever. The combination of Juan Atkins, Rik Davis, and John Housely as Cybotron set an extremely high standard for all of the Detroit artists to emulate (myself included). 'R9' is a spacey, grimy track which forecasts a dystopian future of post-industrial waste, and cyberpunk rebellion. It came out in 1983, but it is the soundtrack for today.

In my opinion this album from 1992 represents all that is great in Detroit techno. It is a compilation of UR’s greatest hits up to that time. Included on the comp is a live performance of 'The Punisher' recorded in Utrecht, Holland; complete with Robert Hood on vocals; as well as a never-before-released track entitled 'Killer Whale'.

Kevin Saunderson’s alias E-Dancer is the best of both Saunderson worlds. He is has always been the “Housiest” artist of the Bellville Three. But Kevin has two sides, the harder side surfaced with the material that he did with Santonio Echols as Reese and Santonio, and the more soulful, house influenced pop tracks that he did as Inner City. This is the perfect amalgam of the two. A friend of mine called The Human Bond, “Darth Vader’s favorite disco track.”

This is my absolute favorite track of all time. Although this was produced by Orlando Voorn, who is originally from The Netherlands, I still consider this a Detroit track. 'Flash' is pure power-funk built entirely around sped-up samples from the P-Funk classic 'Hydraulic Pump'. I prefer to play two copies of it and do a live remix on the spot by beat juggling it. It crushes the dancefloor every time I play it, anywhere in the world.

I have never been considered as (or accused of) being a minimalist, but I can still find beauty in simplicity. I have always regarded Rob as the innovator of the minimal techno that swept the globe in the 2000s. 'The Pace' is the penultimate minimal techno track. It’s a lead synth line and a drum track, that’s it. Pure genius."