Take it from me – the Korean music scene can get overwhelming. With a new act making his/her/their debut every month, or hell, every week, it can get pretty hard to keep track of who's who in the music industry. To keep you on top of things, though, we've rounded up a list of 10 standouts. In no particular order, here's a guide to the Korean acts you should look out for this year: 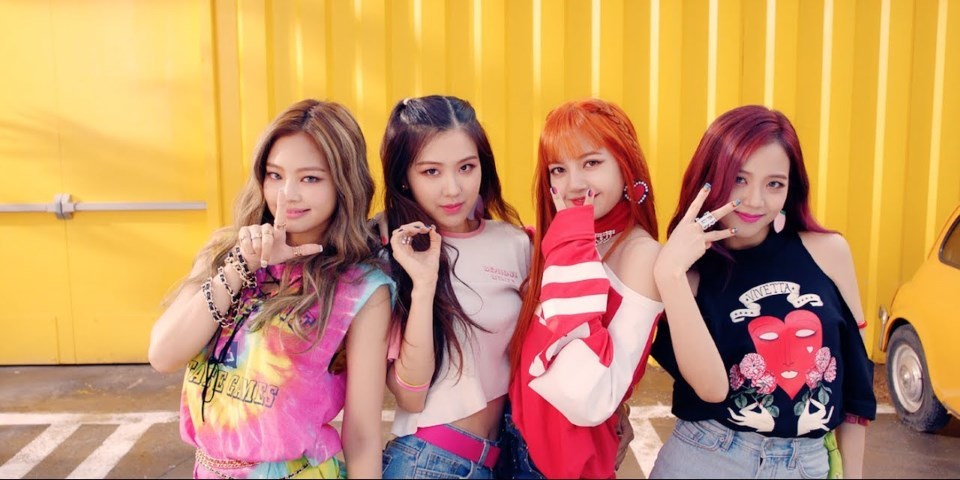 For a group who has a total of five tracks and neither a full-length EP nor album, BLACKPINK sure has a huge following — and it's thanks to their upbeat, hip-hop- and trap-influenced tracks with addictive choruses (see debut track 'BOOMBAYAH' and 'PLAYING WITH FIRE') and choreography that just screams girl power. BLACKPINK's sole release in 2017, 'As If It's Your Last', saw the group making yet another mark in the Korean music scene, the music video for the track becoming the most viewed K-Pop related YouTube video of the year.

Since their debut in 2016, BLACKPINK have been dubbed 'The next 2NE1', and while that could be seen as an honour, we're hoping BLACKPINK will come out of that shell and into their own. Thankfully, their label YG Entertainment has confirmed that the group will be releasing new music this year.

Watch the music video for 'As If It's Your Last' below: 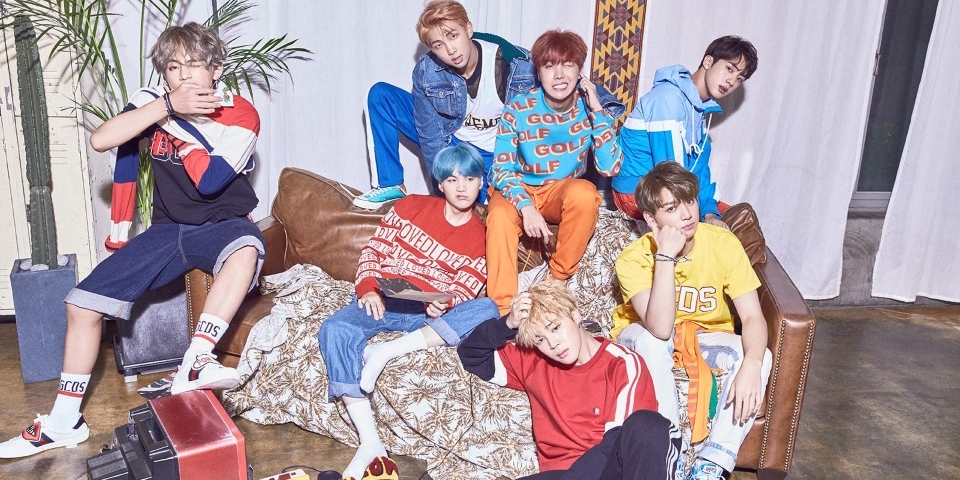 The seven-piece outfit BTS had an outstanding year in 2017, from winning their first Billboard Music Award to appearing and performing on popular talk shows and other international platforms, and of course, collaborations with various artists including Steve Aoki and Desiigner.

BTS has often been lauded for producing and composing their own music and straying away from the conventional topics other groups cover in their music. The seven piece outfit has also proved that they're highly versatile — from fierce ('Not Today') to soft ('Spring Day') concepts and everything else in between ('DNA'), they've done it all. Whatever BTS does this year, we're excited.

Watch their music video for 'DNA' below: 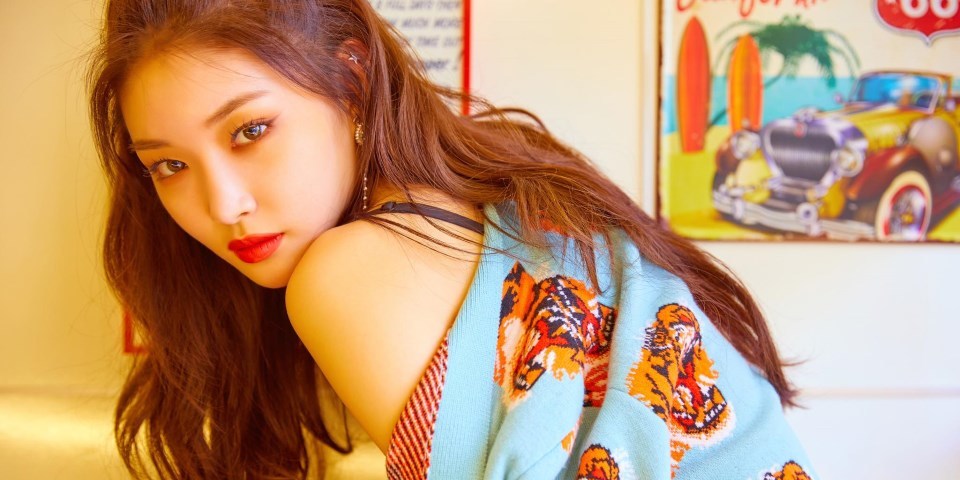 Chungha was a contestant on the first season of hit survival programme Produce 101, a competition where 101 trainees from different companies compete for 11 debut slots in a K-Pop group. After coming in fourth place, Chungha made her debut as a member of I.O.I., and she made her highly anticipated solo debut last year with 'Why Don't You Know', a tropical EDM track, making her one of 2017's breakout stars in the K-Pop music scene.

The songstress shared in a recent interview that her goals for 2017 included "showing a better performance", and true to her word she made a comeback last month with the retro track 'Roller Coaster'. We're hoping this means another release before the end of this year.

Watch the music video for 'Roller Coaster' below: 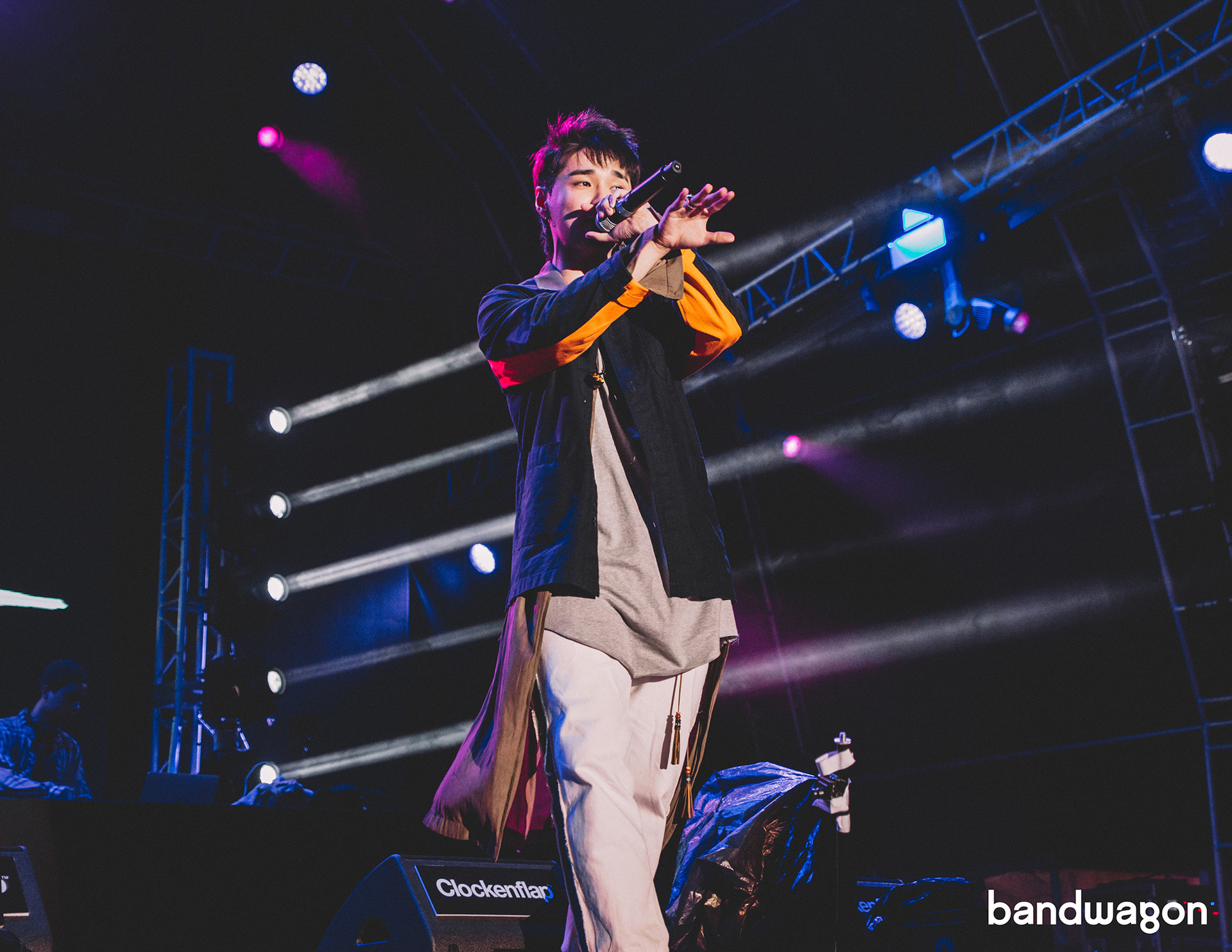 DEAN is one of the front runners in the Korean R&B music scene, best known for his lush, velvety vocals and his top-notch production skills. The R&B, hip-hop artist has been teasing fans about a new album for ages, and this is the year he'll deliver — the singer-songwriter-producer previously stated in an interview that his album is due for release before this June. In the meantime, we've got his latest single, 'instagram', released last December to appreciate. 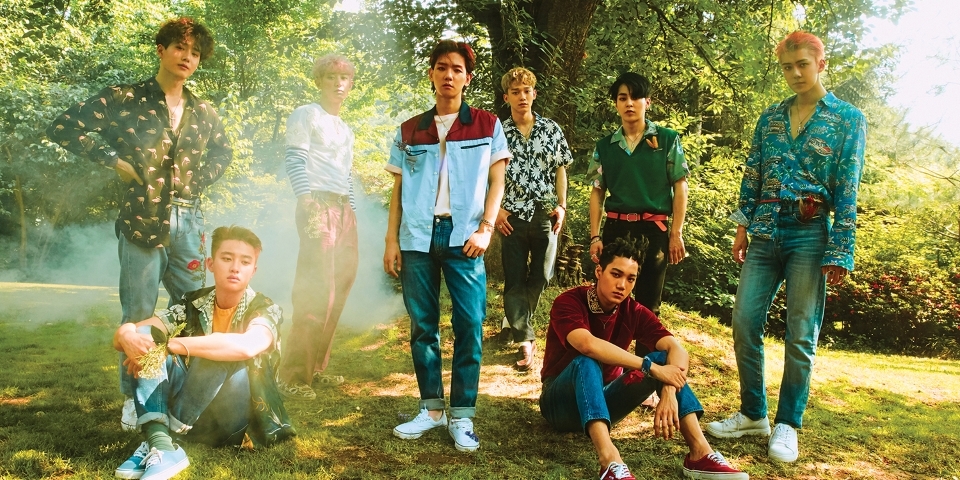 Last year, EXO proved they've still got it with their hit 'Ko Ko Bop', which even spurred a ''Ko Ko Bop challenge". They released 'Power' shortly after, which is now the first K-Pop song to be featured and played at the world-renowned Dubai Fountain. Interestingly, EXO has a different concept with each comeback — they've gone from super-powered inhabitants of a fictional planet, to school boys, to bad boys, and now chill, beach boys — and we can't wait to see what transformation they'll make this year.

The group is expected to make a comeback in the first half of 2018 with all nine members including Lay, who missed out on the previous round of promotions due to conflicting solo schedules.

Watch the music video for 'Ko Ko Bop' below: 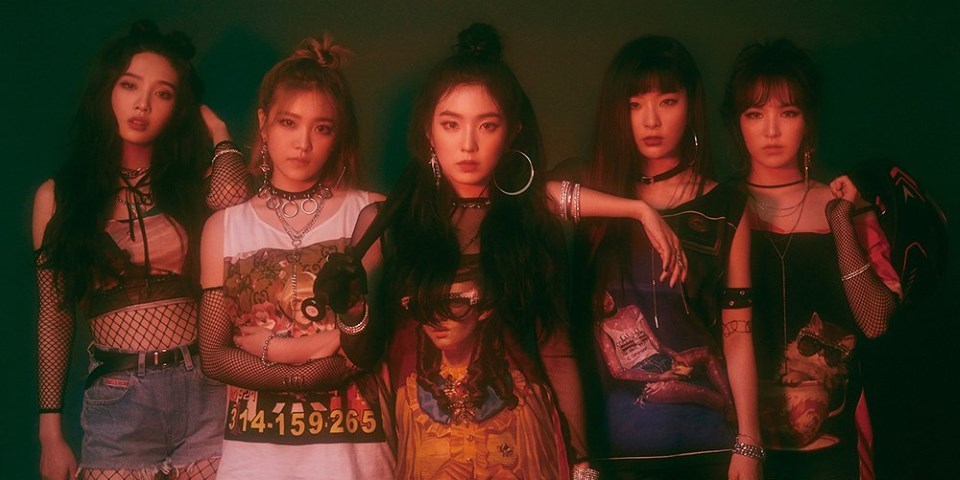 Red Velvet had a successful round of releases in 2017 with 'Red Summer' and 'Peek-a-boo', all while managing to stick to their signature dual sound — fresh, summer-y pop (the 'red' in Red Velvet) and lush R&B (the 'velvet' in Red Velvet).

The group quickly followed up the success of their 2017 releases with their repackage album The Perfect Red Velvet — Series 2: Bad Boy, released late last month, but we're already hoping they make another full comeback within the year. We interviewed the group recently, where they talked about their musical influences and a possible upcoming tour — check it out here.

Stream Perfect Velvet - The 2nd Album here, or watch the music video for 'Bad Boy' below: 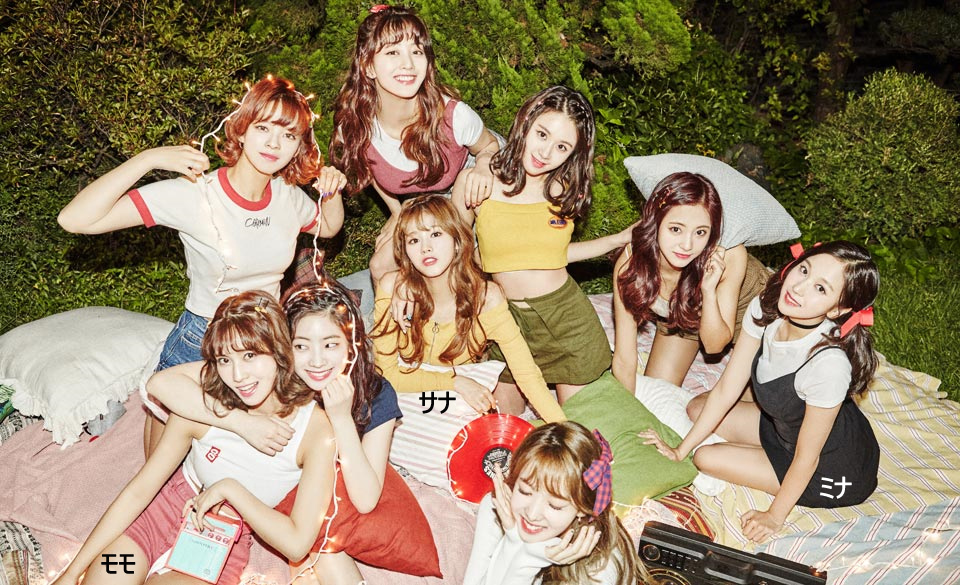 TWICE's distinct musical formula is not difficult to make out: cheerful songs, guided by with cutesy concepts and addictive, catchy choruses, as seen from their debut track 'Like OOH-AHH' to their latest 'Likey'. It's undeniable, though, that this concept is a surefire recipe for success. The eight-piece girl group has only been getting bigger since they blew up with their smash hit 'Cheer Up', gaining a stable, gender-diverse fanbase.

Their label JYP Entertainment has stated that the group will make two comebacks this year. Will they do another cutesy concept? Probably, but hey, it works.

Watch the music video for 'Likey' below: 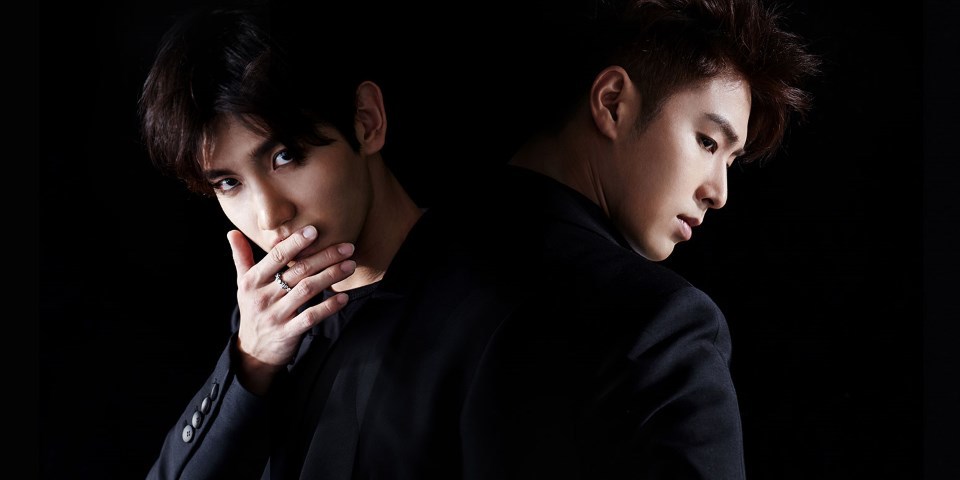 The reigning "Kings of K-Pop" have returned... from their mandatory military service. It's been three long years since Yunho and Changmin have released anything as a duo — their last release being a special album in 2015 — and with a comeback scheduled for the first half of this year, we can't wait to see what TVXQ! will bring to the table.

Having been in the industry for over a decade, the duo is known for their eye-catching choreography (see 'Catch Me'), their vocal range (notably member Changmin's) and overall, for being excellent performers, perfectly executing high notes and sharp dance moves live.

Watch the music video for 'Catch Me' below: 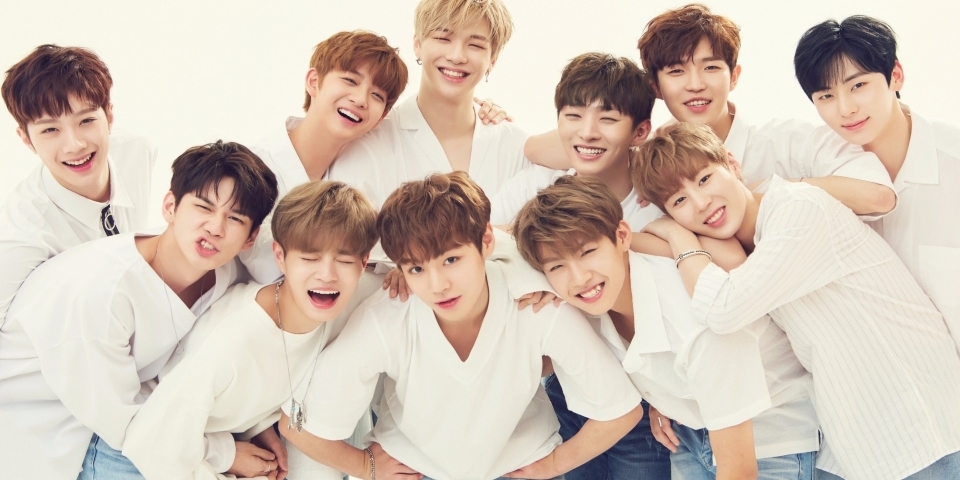 As a product of the aforementioned survival programme Produce 101, Wanna One's success was guaranteed even before their official debut.

Despite their rookie status, Wanna One doesn't lose out among the bigger names in the K-Pop scene. Fresh-faced and youthful, the group's zest for performing is evident in their debut tracks 'Energetic' and 'Burn It Up'. The 11-piece released 'Beautiful' in November last year, a swooning pop ballad that showed the group's versatility.

The group's contract ends in December this year (we know, it hurts) but till then we're certain that there's more music releases from the group to look forward to.

Watch the music video for 'Beautiful' below: 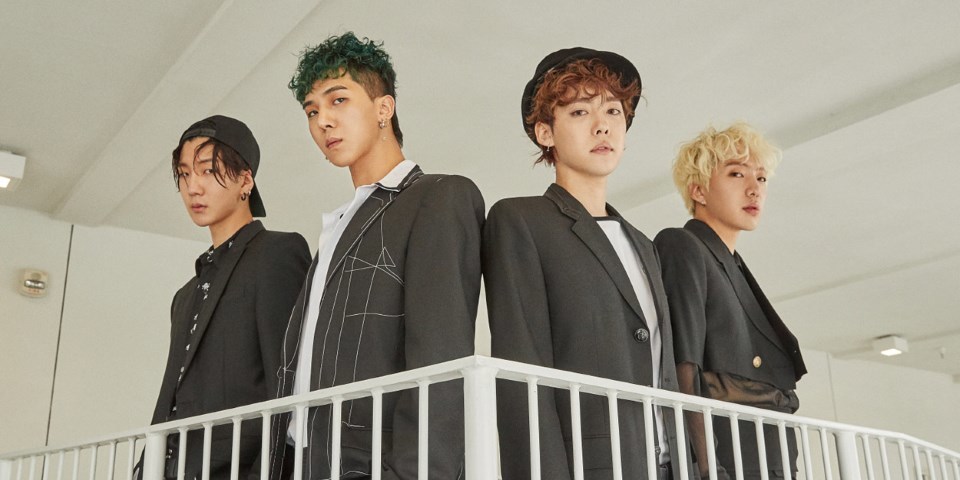 Following former member Nam Taehyun's departure from the group, WINNER made a grand comeback with 'Really Really', which eventually became Korea's most streamed and downloaded track of 2017. A self-producing group, WINNER has a stylish approach to their label YG Entertainment's signature "hip-hop style", evident in 'Really Really' and their debut track 'Empty', both of which were hits with the group's fans at home and internationally.

YG Entertainment has confirmed their comeback, scheduled for the end of February; meanwhile, rapper of the group MINO is slated for a comeback this year as well.

Watch the music video for 'Really Really' below:

Did we miss out any exciting acts with music on the way this year? Let us know in the comments!