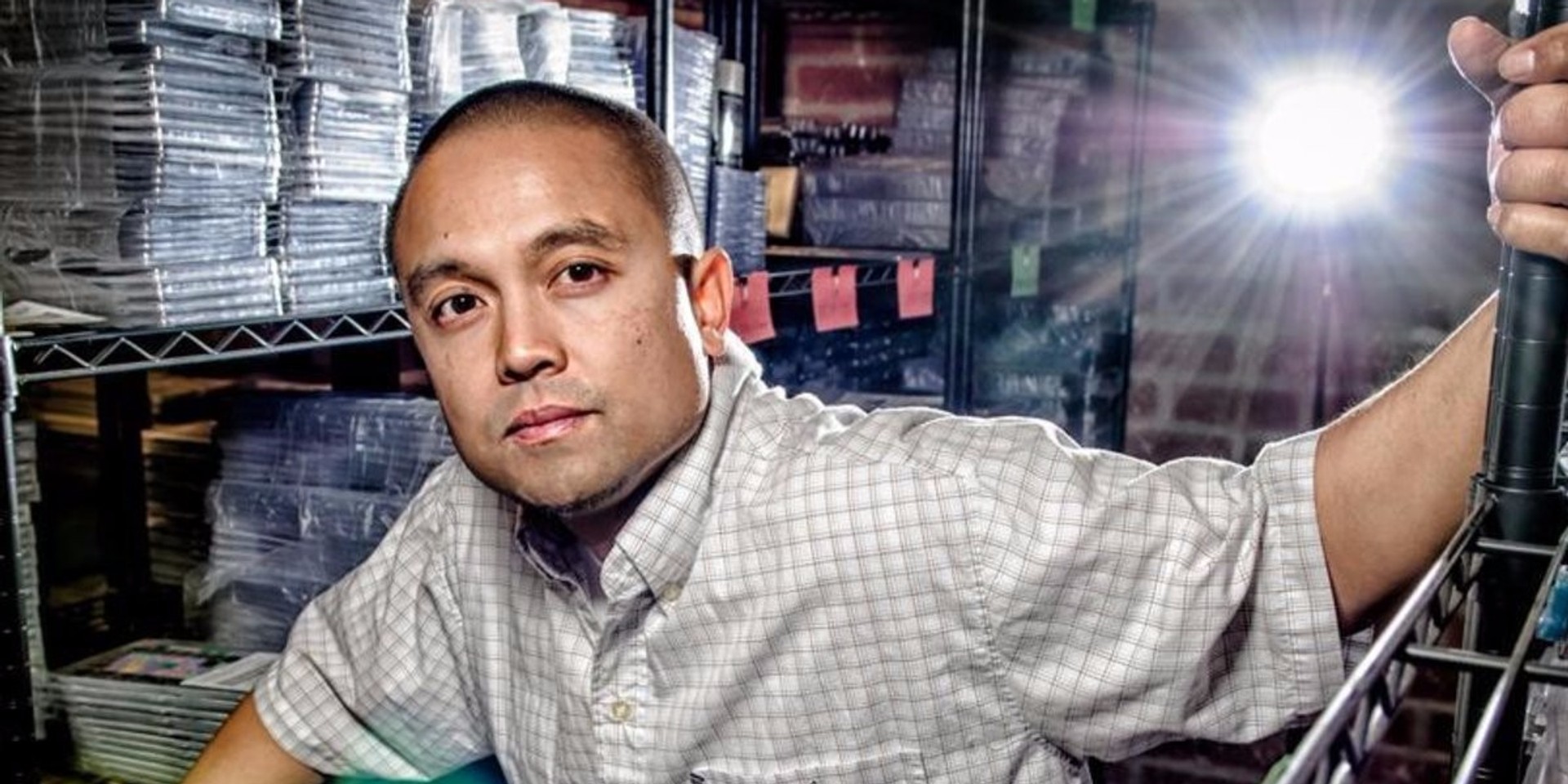 Grimy, uncompromising and forward-thinking - experimental hip-hop and underground electronic night Low End Theory (named after A Tribe Called Quest's sceond album) is an institution in the Los Angeles beat scene. Taking place every Wednesday at The Airliner in Lincoln Heights, the night was founded by producer and Alpha Pup Records boss Daddy Kev, alongside Nobody, The Gaslamp Killer and edIT.

A natural evolution of Sketchbook, which used to be a weekly gathering of producers in nightclub parking lots, Low End Theory took root in 2006, showcasing "the links between classic Los Angeles rap and the fractured jazz of Eric Dolphy", whilst simultaneously demonstrating how modern artists are using technology to honour and revolutionize those traditions.

Famed as the breeding ground for high-concept electronic artists (and future stars) such as Daedelus, Nosaj Thing and Flying Lotus, and as the frequent playground for big name acts like Thom Yorke, Kamasi Washington and Odd Future to experiment freely, Low End Theory has remained progressive and refreshingly raw - despite the temptations that success brings.

No matter how winding the queue gets or how famous their headliners are, their price of admission is still the nominal $10 they started with. Low End Theory remains a sacred space where credibility and integrity is more important than sponsorships or profits.

And amongst their stable of renowned artists, illustrious Filipino turntablist D-Styles (real name Dave Cuasito) is probably their most internationally well-known resident. He's been with Low End Theory since its early days and has seen the night grow from a localized lounge for beat-heads into a worldwide phenomenon.

But even beyond his long-lasting connection to night, D-Styles was already a hip-hop luminary and a revered figure in the world of turntablism as a member of legendary groups like the Invisibl Skratch Piklz and Beat Junkies.

His groundbreaking techniques and cutting-edge style made him a pivotal part in the foundation of scratch music, as evidenced by his innovative LP Phantazmagorea released in 2002. Considered an all-time classic, it was the first album of its kind to be produced entirely from scratching.

With D-Styles heading to Cherry Discotheque next week courtesy of Syndicate, we couldn't help but talk to the scratch wizard about the 10th Anniversary of Low End Theory and the future of turntablism. 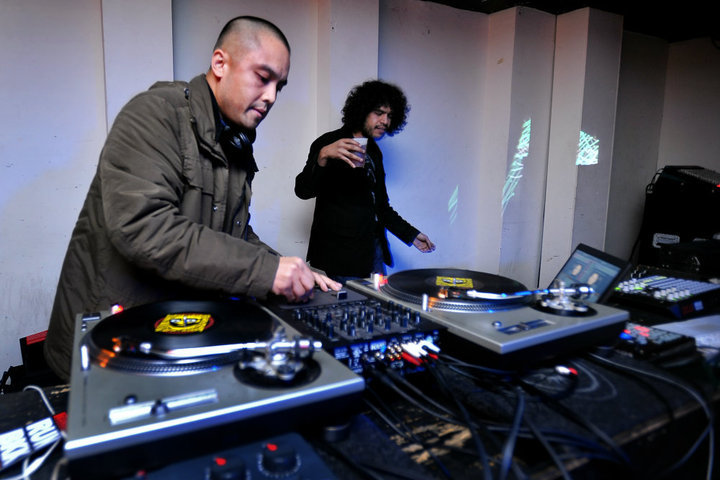 Hi Dave! Low End Theory just recently celebrated its 10th Anniversary. How was the occasion like?

Our 10 year anniversary party was a lot of fun! We didn’t announce any of our special guests but we had Daedalus, Amon Tobin, Mr Carmack and James Blake as our secret guests, alongside all our residents DJs.

Do you remember your first encounter with Low End Theory?

Yeah I’ve known Daddy Kev for along time. Before Low End Theory, me and Kev threw a weekly event in Echo Park with 6Blocc and Abstract Rude as our resident MCs. That lasted for a few months and moved to different venues in Los Angeles. I moved away to Las Vegas and Kev started  Low End Theory with The Gaslamp Killer, DJ Nobody, eDIT and Nocando.

A year later I moved back to LA and Edit left Low End Theory to tour with Glitch Mob. That's when Daddy Kev asked me if I wanted to be part of Low End... and of course I said yes!

You’ve been a resident for a long time now. Do you have a favorite story or fondest memory from your time there?

One of my favorite memories of Low End is when we got to do Low End Theory London and we had MF Doom as our special guest. The energy and vibe of the night was amazing. 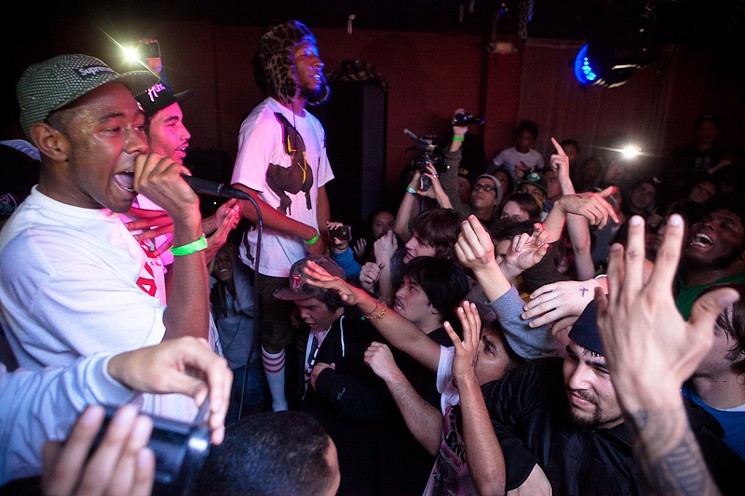 Similarly, what’s been the best (or favourite) set you’ve ever witnessed at Low End?

I think seeing Odd Future perform at Low End before they blew up was dope. Mosh pits everywhere. I thought the second story floor was gonna collapse.

In your opinion, what does the night mean to the Los Angeles beat scene?

Its the one outlet for producers to share their art with hungry Los Angeles ears. So many dope producers have gotten their shine at Low End and I’m proud that we’ve been able to give that to the people.

Either in terms of sound or audience, how has the night changed over the years?

The night is pretty much the same - everyone has short 30 minute sets. I've seen a lot of different genres come and go at Low End. At the end of the day, its still forward and progressive music that we are showcasing . The crowd knows what they are getting at Low End. We don’t have to cater to anyone.

What does the future hold in store for Low End Theory?

I'm not sure. We’ve been trying to figure out what we want to do as well. We’ve made it to 10 years and that's a huge accomplishment.

You’re also a memebr of Invisibl Skratch Piklz and Beat Junkies. Do you feel that turntablism isn’t as resonant in hip-hop today as it used to be?

Yeah but I think turntablism is making a comeback. I don’t know if turntablism will become a big part of the MC show anymore as its grown into its own art form, independent of the MC. I also think a lot of MCs don’t really know or appreciate what we do.

On the production end, are you working on any new releases at the moment?

We've been talking about doing another Scratch Piklz album and also Ive been working on my own solo album. Look out for BeatJunkies.com! We have a lot of big things in the works!

Syndicate presents D-Styles at Cherry Discotheque on Thursday, 1 December. Admission is $15 inclusive of one drink.