If one were to be dismayed about the lack of a local music scene here, one should look no further to our artistes page for the multitude of local acts of varying ages, genres and languages to be proven wrong. In a grand tribute to the creative minds who make up this humble scene, The RSC and its affiliates (in collaboration with The People's Association) have announced a Singaporean music event like no other: 100 Bands Festival featuring 100 homegrown bands over three weekends in June!

The festival is part of The Rockstar Collective's plan for aggressive expansion ever since their previous residence Home Club ended operations last month. It's a bold statement: closure notwithstanding, The RSC and its offshoots ardently trek on with their creative pursuits, while at the same time seeking a new space for their events. The journey is documented by videography collective Fhage, with the first episode collecting quotes and thoughts from the various members involved in The RSC, including footage from Rebirth, one of the last Identité shows at Home Club.

But the excursion towards making 100 Bands Festival a reality must have been a struggle from day one - how did The RSC affiliates manage to organize a full-blown music festival over the short course of several weeks? The members of music/arts collectives Dunce and Crüe offer a singular word: "Goje" - a portmanteau of the word 'go' and the shortened 'sahaja', the Malay word for 'only' - a stoic expression of simply pushing forward despite whatever obstacles lay ahead and an apropos term to describe the headstrong conviction our creative community upholds and fosters. "Numerous music festivals have come and gone in Singapore, but sadly very few have championed our own homegrown musicians", an anonymous member of Crüe remarked. "It's high time we change that".

The local music extravaganza will be held at the Old Hougang Bus Interchange at Kovan Hub over the first three weekends of June, featuring the likes of Tiramisu, MONSTER CAT, Astreal, Ruins And Remains, Cesspit, Kate Of Kale and many, many more. Free admission for all, and expect more than just live music; there'll be various booths and distros set up for folks to peruse and purchase the works and merchandise of local artists, designers and musicians, along with a discussion panel curated by SG MUSO. Bandwagon is proud to be the official online media partner for 100 Bands Festival. We'll see you there. 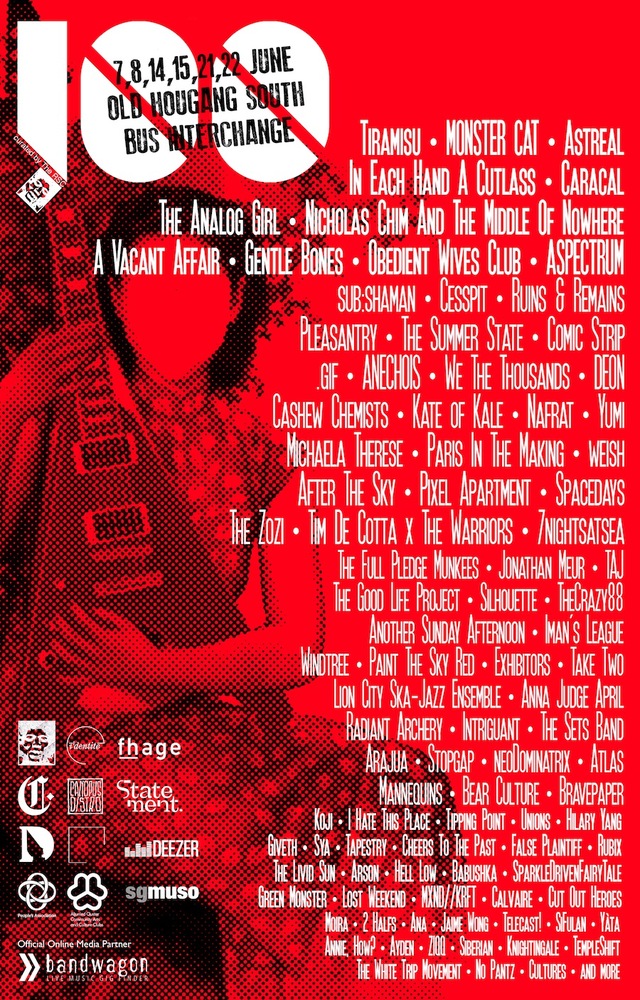