In with the new! Now that we've got all them 'Best Of 2014' lists cleared, we can look forward to putting together what we're anticipating for the year. It's gonna be quite a year if you spend quite a lot of time in the cinemas. Sci-fi, romance, action, drama, and of course superhero - here's our 15 for 2015!

The Theory Of Everything

Everyone loves a biopic romance and here's one on the smartest man in the world: Stephen Hawking. Even if you're not a fan of romanticised biopics, Eddie Redmayne and Felicity Jones are stellar in their roles as Hawking and his first wife Jane.

This is one movie we really want to watch. Even JK Simmons was so pleased about acting in this movie that he said, "It's so nice I don't have to bullshit." Simmons plays a terrifying jazz musician who pushes his student (Miles Teller) to the limits. If you think jazz is all about mellow and smooth, here's an ode to the American art form that electrifies and definitely will make you sit up.

Never have I seen a trailer shared around so much on social media the moment it hit the internet. Spectacular scenes from the trailer, a solid cast including the trio from the acclaimed Indonesian action movie 'The Raid'; I guess the force will be strong with this one.

Currently a film high on our must-watch list, and one that should be on yours too, Birdman has rightfully earned its buzz if not for its technical achievements (the film is made to look like it was filmed in one continuous shot) but also for its meta storyline about a faded Hollywood actor known for his superhero role who attempts Broadway. Meta because Michael Keaton aka Tim Burton’s Batman plays the role and he hasn’t done a lot recently, although it looks like this film may fully redeem him as a serious actor.

We’ve learned that Paul Thomas Anderson isn’t for everyone. We’ve also learned that Thomas Pynchon isn’t for everyone. Put those two together and you’ll probably get one of the most polarising films to come out of mainstream cinema. Joaquin Phoenix stars as a private investigator who probes into the disappearance of his ex-girlfriend’s boyfriend. As simple as it may sound, we’re assured tonnes of ambiguous sequences, complex storytelling and gorgeous cinematography.

In development hell for the longest time, it features a superhero (played by the unfailingly charming Paul Rudd) who can decrease in size but increase in strength. We don’t know how this will play out with audiences, but with the shocking success of quirky superhero ensemble flick Guardians of the Galaxy, we’re hoping similar things will work out for this one.

We loved District 9, a genuinely thrilling and visually arresting sci-fi film that stood out especially for its setting in South Africa. With the same director at the helm (Neill Blomkamp), he presents a different yet more realistic version of the country where a childlike robot named Chappie resides. With big names appearing like Sigourney Weaver, Dev Patel, District 9 star Shallot Copley and Hugh freaking Jackman, Neill Blomkamp is certainly far away from days of limited budgets and small casts but we expect the same amount of heart and gripping dialogue.

Probably one of the more surreal films coming out this year, Pixels features a world where Kevin James plays the President of the United States and alien spaceships invade Earth in the form of classic video game characters. The only people who could save it are a bunch of adult gamers which include an almost-50 year old Adam Sandler and Tyrion Lannister. In a world where its fate lies on gamers, we’d think we’d do pretty okay too.

After the vastly-underrated adaptation of sci-fi epic Cloud Atlas, the Wachowski siblings return back to original storytelling with Jupiter Ascending. A tale of a caretaker (Mila Kunis) whose destiny extends beyond Earth, the trailer alone is bold and stunning but with the odd choice of casting comedic actors Mila Kunis and Channing Tatum as leads in a serious space opera, it’ll be interesting to see how the Wachowskis pull off their own world of original characters.

At this point, it’s safe to say Matthew Vaughn knows how to do a proper comic book films. Kick-Ass and X-Men: First Class were fresh and faithful adaptations that were uniquely entertaining and surprisingly edgy. Now away from superheroes and into the world of espionage, Colin Firth stars as a veteran spy who recruits fresh blood alongside an ensemble of intriguing characters. 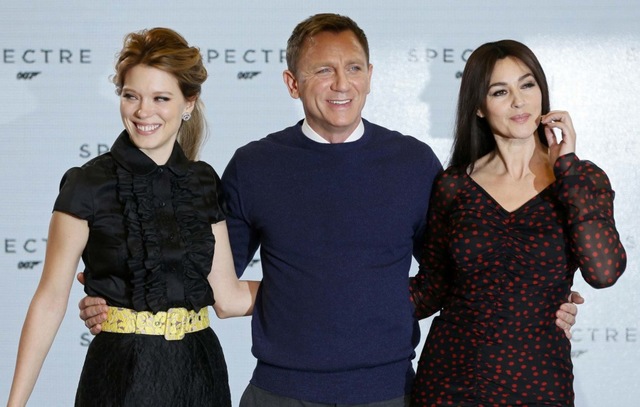 Daniel Craig is back for the fourth time as James Bond and as villain, we have the delightful Christoph Waltz onboard. Expect the usual myriad of gadgets, thrilling chases, and oh, and Monica Bellucci is in it too.

From director George Miller, originator of the post-apocalyptic genre and mastermind behind the legendary 'Mad Max' franchise, comes 'Mad Max: Fury Road,' a return to the world of the Road Warrior, Max Rockatansky. The round up to the movie is actually looking pretty fun, with Charlize Theron being a badass, Tom Hardy being a badass, and pretty much everyone involved in this movie.

Remember how feel-good Jurassic Park was? Remember all the beautiful dinosaurs, even the scary raptors? Remember the theme tune that played as the gates to Jurassic Park opened? Well here's Jurassic World, and if the idea of a new dinosaur doesn't scare you, we don't know what will.

If you enjoyed the witty banter and dry humour of the first Avengers movie, it's probably all thanks to Joss Whedon. He's back with the second instalment, this time with the addition of two products of the "age of miracles," Scarlet Witch (Elizabeth Olsen) and Quicksilver (Aaron Taylor-Johnson).

The master of stylised violence, Quentin Tarantino is back with another Western film. A lot happened in the production of this film, the script getting leaked and Tarantino himself considered dropping it and turning it into a novel instead. But he sorted it shit out and the project was back on. In the cast? Samuel L. Jackson, Kurt Russell, and even Channing Tatum. 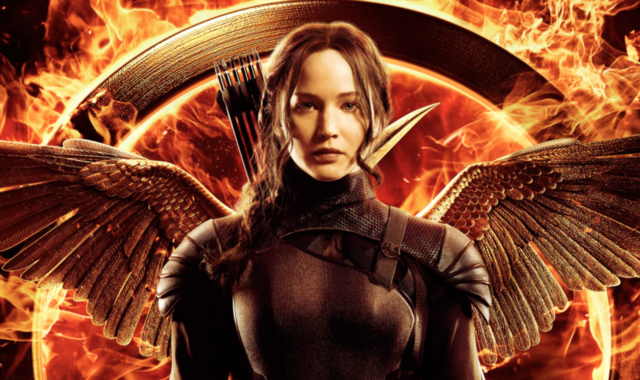 We were mighty impressed with Mockingjay Part 1 - despite the lack of Katniss shooting arrows, and any romantic or soppy dalliances; Part 1 held its own like a solid movie about war, media, loyalty and courage. Bring on Part 2 already!

We've all grown up with Snoopy comic strips and the sorts, so here's one for nostalgia! The Peanuts gang make it to the big screen with this 3D animated film for 2015.