This week has definitely been one of the most eventful and eclectic ones, gig-wise, of the year. We had the pleasure of attending three shows back-to-back, each offering a different kind of show. Beginning with wistful singer-songwriter Bill Callahan on Sunday at The Substation, neo-psychedelic rock band The Flaming Lips and comedic hard rock duo Tenacious D gloriously capped it off at The Coliseum. After having survived three nights with helpful cans of Red Bull and 100 Plus, here's our full report.

The idea of a musician and an acoustic guitar, with nothing else in hand except for a few scribbled compositions in a worn-out notebook has never gotten old.  It’s challenging writing an absorbing song made just for the acoustic guitar, where there isn’t the mirage of studio trickery or the fullness of a backing band to make up for any faults in songwriting. With a show by Other Sounds presenting American underground folk legend Bill Callahan supported by local musician Leslie Low, both of them portrayed two similar examples of a captivating duality: uncomplicated instrumentation with fascinating songwriting. 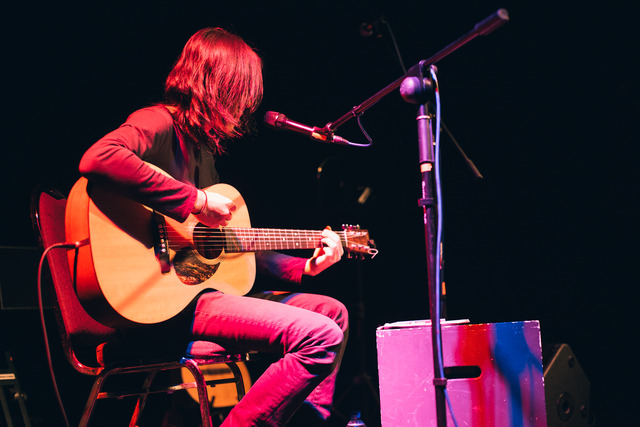 Leslie Low, frontman of experimental rock band The Observatory, has taken a deeply personal route towards his own music, lamenting about societal issues that are (summoning a tourism slogan here) uniquely Singaporean. The guitar melodies he plays are warm and honeyed, drenched in melancholy. “No there is no heart here, just a certificate of entitlement.” He paints a grim picture of living in Singapore but one we’re all too familiar with. 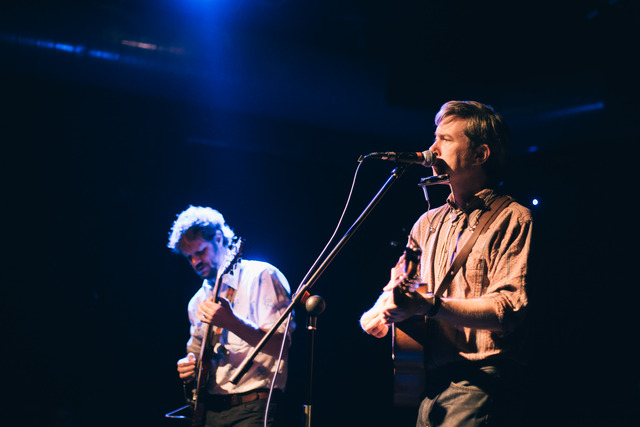 Bill Callahan, however, depicted a different setting for his home country in the song with the nondescript title “America” as he praises the US for being “so grand and gold, golden” while brushing in with his beguiling sense of humour, admiring its army but plainly admitting “I never served for my country.” Bill had back-up with an electric guitarist, who instead of indulging in attention-grabbing riffs, he provided textural ambience and atmosphere to compliment Bill’s acoustic guitar as he weaved intriguing tales that hypnotised the crowd throughout his 90-minute set. While it was a set that challenged short attention spans, it was one that remained captivating throughout for those who listened intently.

If The Flaming Lips will go down in history for only one thing, it will be for producing live shows that are out of this world. Unparalleled by most acts right now, The Flaming Lips produce one of the most captivating, fun and mind-boggling shows you’ll ever see in a concert venue. We’ve already waxed lyrical about how fun their shows can be but to be there in person, well it’s way better.

It was with The Gathering’s astute decision to include Australian band Jagwar Ma as openers. Truly, they also embody the same adventurous spirit tackling psychedelic rock for a new age. Taking some inspiration from modern dance music and the acid-soaked sounds of 90s Madchester music, the band presented a highly-contagious and energetic set that definitely made up for their last-minute no-show at Laneway this year. But of course, it was a mere appetiser to the main course of the mighty Lips. 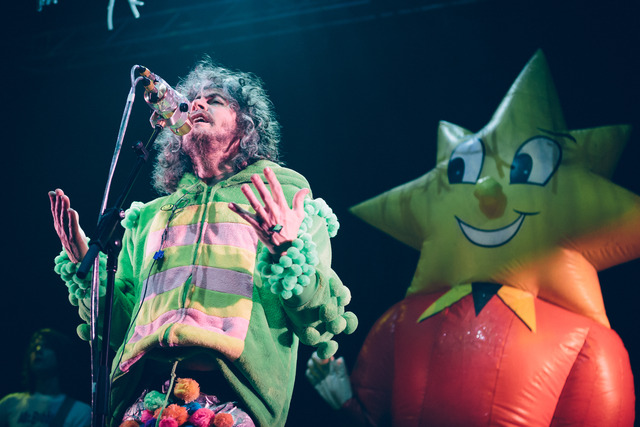 By the time their first song 'The Abandoned Hospital Ship' reached its powerful climax, confetti rained down upon us as people welcomed it with open arms and wide-eyed smiles. 'Yoshimi Battles the Pink Robots Pt. 1' had the crowd at their loudest, singing along to Wayne musing about a girl with “a black belt in karate”, while 'A Spoonful Weighs a Ton' and the timelessly anthemic 'Do You Realize?' go us all teary-eyed in the moment. Dancers in inflated monster costumes danced on the stage while Santa made an appearance himself. Wayne summoned a giant silver balloon that formed the words “F*ck Yeah Singapore”. Lots of fog machines were almost able to completely blind us. Wayne Coyne crowdsurfed in a giant plastic bubble. Multi-coloured visuals on a giant LED screen took us to space. And yes, there was more confetti. A Flaming Lips show isn’t just a concert, it truly is an experience. 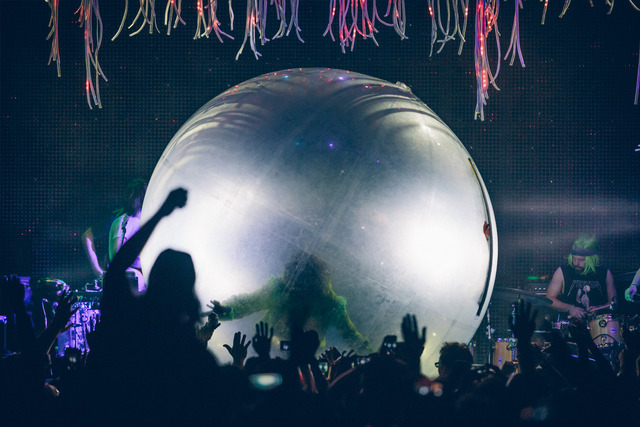 Take away the sometimes crude, sometimes ridiculous lyrics and you realise that Jack Black (or Jables) actually has a damn good voice. And his co-conspirator Kyle Gass (or KG/Kage) can definitely play jazz flute. A different kind of gig fix, Tenacious D live is a laugh-out-loud, ridiculous, and a mega sing-a-long experience. 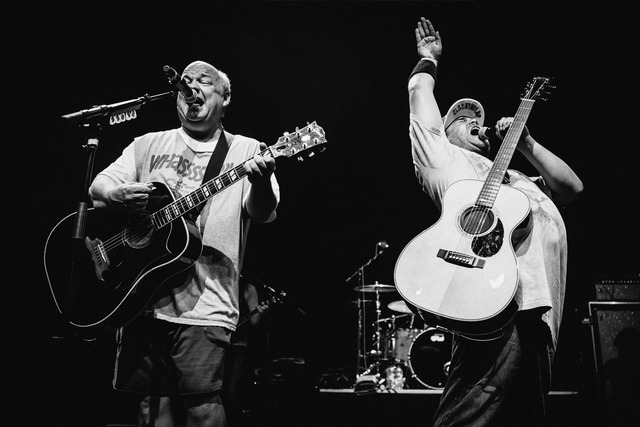 The odd and outrageous duo jumped straight to the LOLs with ‘Tribute’ and mixed around the discography with songs from the first album, the movie, and The Rise of The Fenix (with smoke machines). But perhaps what delighted us most was the live performance of the nonsensical ‘Jazz’ - a parody on classical jazz. Jack sings “This will take 12 more minutes!” and “There are no notes in jazz!” in the stylistic, improvised approach that is jazz, with scat singing as well. And jazz flute by the great KG.

Not to mention, we got quite an all-rounded education in music with the band mucking around with metal, rock, and other genres - and orchestrating it really well too with some stage acting with whatever props they had. You get a tough crowd in Singapore but Jables and Kage got everyone to sing (and swear) along so liberally. Goofballs they may be but when it comes to putting a rocking show, they don’t f*ck around. Not softly, gently, sweetly, discreetly. 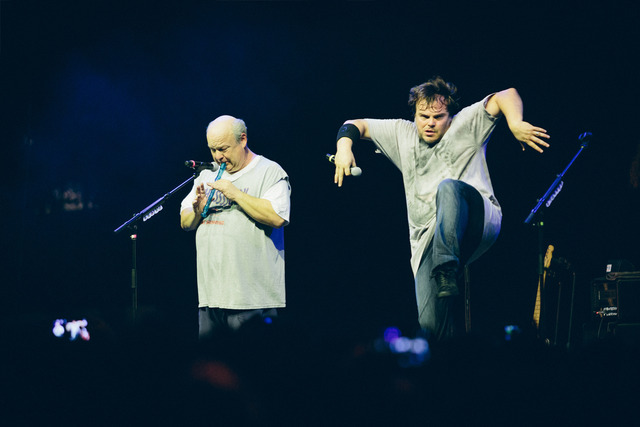