Being a natural trueborn geek, I had my annual nerdgasm watching the E3 (Electronic Entertainment Expo) conference livestream earlier this morning, watching representatives from Microsoft, Sony, Electronic Arts, Ubisoft and more trying to outdo each other in an exciting battle for our geek loot. This year's conferences were especially momentous due to the fact that the new generation of consoles would be majestically shown off in the latest development of the console wars - Microsoft with their Xbox One and Sony with their PS4.

Whether you think video games are trifle or something that deserves to be intellectually discussed, you can't deny the astounding amount of effort, skill and resources spent into creating one. Modern video games cost almost as much as producing movies these days; the total cost of Grand Theft Auto IV  was estimated to be approximately $100 million. One element of which developers spend much of their money on are the video game scores themselves - which are a standalone piece of art. Award-winning film and music producer Hans Zimmer (of Inception and The Dark Knight fame) even dabbled in video games, composing the main theme to Call Of Duty: Modern Warfare 2.

To commemorate this special nerdgastic occasion (and because we're a music site in the end), here's some of our most favorite video game soundtracks in recent memory. 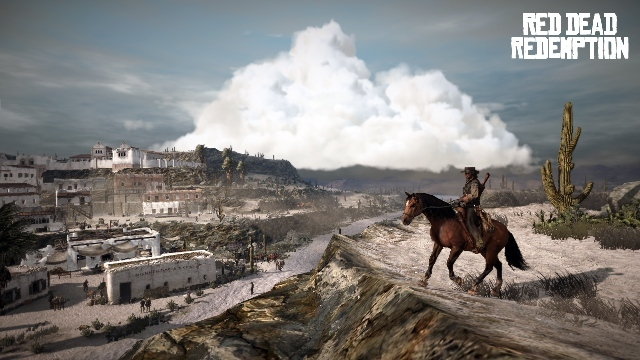 Rockstar Games really can do no wrong. Already popular for developing the Grand Theft Auto game series, they completely conquered the Western genre by creating Red Dead Redemption, a masterful open world Western action-adventure game. It was a beautiful tribute to the Western movie genre - narrating a story as grim, harsh and dangerous as the uncharted American frontier circa 19th century. You play as John Marston, an ex-outlaw trying to redeem himself of his criminal past by bringing his former gang to justice.

The original score for the game was gloriously authentic tribute to the Western music genre that complemented the visually stunning gameworld. The soundtrack was also interactive and changes to what you do in the game; there's a seamless transition in the tempo and the intensity of the music while travelling on horseback across the frontier before getting into a gunfight. They weren't really songs, they were emotional triggers. Music was the critical determinant in mood and setting. One extremely moving moment was when I got onto my horse and rode into Mexico for the first time, and the song "Far Away" by José Gonzáles kicked in while the sun was setting in the distant horizon. You just can't replicate that experience anywhere else. 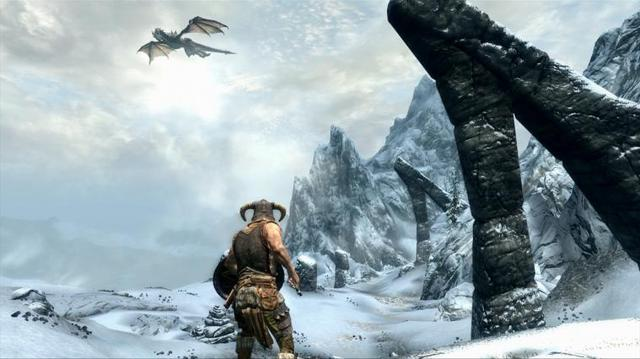 Three words: Mother. Effin'. Dragons. An extremely immense game like Skyrim (the fifth installment in The Elder Scrolls open world role-playing game series) deserves a similarly epic soundtrack, and man did they deliver. In the game you take control of a fully customizable protagonist who is coincidentally a Dovahkiin, an individual with the body of a mortal with the soul of a dragon. What does this mean? On top of your own combat capabilities, you also have the ability to dragon shout - powerful words of the dragon language that could let you breathe fire, ice, summon clouds of thunder and lightning and more. All this while you go on heroic adventures while exploring the vast, vast world of Skyrim.

To prove just how epic the soundtrack is, composer Jeremy Soule created the song "Dragonborn" as the game's main theme. Envisioned to sound like it's sung by a barbarian choir in the guttural dragon language, the end result was an amazing hair-raising epic, sounding exactly like something that you'd need to slay dragons single-handedly. 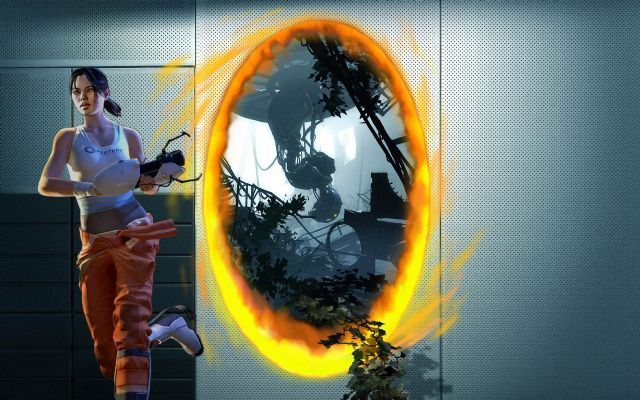 Valve's sequel to the first-person puzzle-platform game Portal was a sleeper hit in 2007. The sequel Portal 2 expanded on everything that made the original game awesomely fun, adding more futuristic puzzle elements to challenge the player to navigate through test chambers in the Aperture Science facility using a gun that creates portals that link two points in space. It was one of the best games of 2011 - a game so unabashedly clever, charmingly quirky and brilliantly designed that you can't help but fall in love with it.

The score for the game was not a score per say, but it felt like it was part of the gameworld. The ambient electronic noises and chippy tunes seemed to radiate from the walls of Aperture Science itself, responding accordingly to your every action and movement. Hitting buttons, stepping on Aerial Faith Plates, creating tractor beams and even shooting wormholes onto walls produced pleasant melodies to the ears. Composer Mike Morasky made full use of the artificial feel of the music to maintain the mood throughout the game: it could keep you on edge as you traversed light bridges and it could create a sense of wonder and mystery as you strolled through the long-forgotten halls of science. Oh and The National even composed "Exile Villify", a track specifically created for Portal 2. A raw, emotive track that reflected the empty, dismal sense of solitude being the only human in a facility run by artificial intelligence. Brilliant stuff.

Which other video game soundtracks do you like? Xbox One or PS4?? Hit us up in the comments section below!