Photographing live gigs is bad enough with rules and sometimes bad lighting, but add in drunken dancing crowds and endless thumping bass in a small club setting and you have quite a handful but Afiq Omar takes it all in stride. A name synonymous with the nightlife photography scene in Singapore, we've seen him braving crazy crowds at mega festivals when we collaborated with Colossal Photos (which he founded) for Future Music Festival Asia and Djakarta Warehouse Project, sometimes getting sloshed water and champagne on by the DJs, and also being stealthy at the DJ decks. This time he gets the spotlight seat for our series, in what is probably the most refreshing and amusing, yet insightful interviews we've had so far.

My name is Afiq Omar, I’m 26 and I just recently graduated with a Fine Arts Bachelors in Visual Communication from NTU. Over the past 4 years, I’ve somehow managed to juggle between school and shooting in the nightlife industry and have never looked back since!

It began when I was unwell during one of the semesters in Polytechnic. I had to take 3 months off and my dad got me a point and shoot camera so I started playing around with it and watching photoshop tutorials to create some weird composites. After a while my dad bought me a Canon 450D and I got hooked.

What are the differences between nightlife photography and gig photography?

I can’t say much about gig photography mainly because I’ve not had as much experience as the other masters out there. I had a great experience shooting Laneway Festival 2014 under Aloysius Lim, and definitely learnt a lot from him.

For nightlife photography however, there is rarely a 15 minute restriction or a 3 songs rule (only happens during festivals or if we get a strict tour manager). Rather, it is about documenting the entire night, and that includes photos of the DJ, the crowd, beautiful people and moments you see here and there, so there is quite a lot to do within 3-4 hours. Most of the time it’s pretty much pitch black and just dark in general in clubs, so lighting the space becomes a key factor in achieving the look that you want.

I would say both share the same principles in visualizing sound, but are totally different animals and require different skillsets and gear. However I have to say that dabbling in both forms of photography is essential to my understanding of music photography. 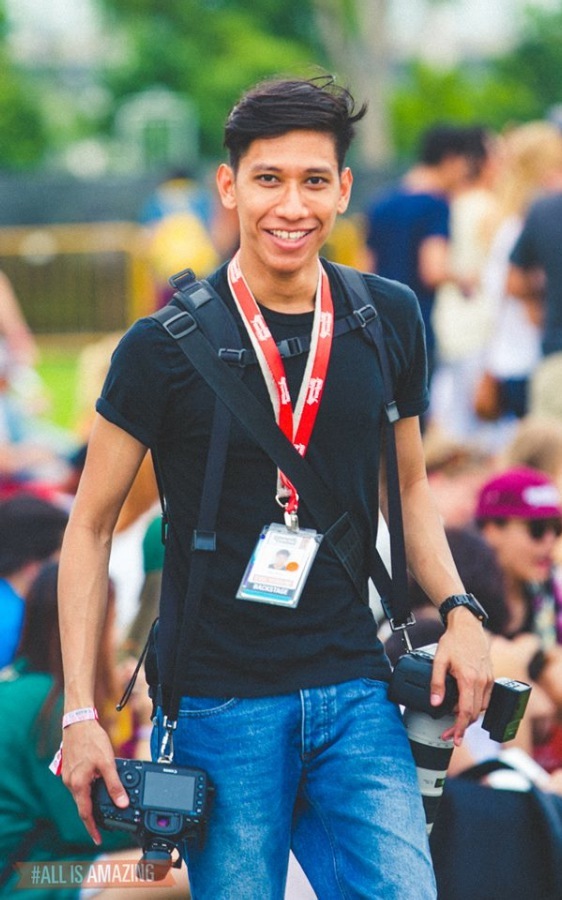 Share with us some of the interesting characters you have encountered at nightclubs and festivals.

You get your fair share of nice, rude and weird people definitely, across the entire spectrum. Nothing really surprises me anymore nowadays. I take things pretty positively and have gained many great friends from shooting in the clubs over the years. You never know who you might photograph in a club, and sometimes they end up being my next client.

What do you look for when you are taking pictures, and how do you keep your focus in high energy environments?

I always tell my guys that intent is the most important thing an artist should keep holding on to while working on their craft. Different clubs require a different look, not just because the clients wants a specific look, but because the music, vibe and the crowd differs from one space to the other. When shooting at Zouk for a high energy EDM set, I set out to shoot for bright complimentary colours, lots of hands in the air, light the DJ in a more vibrant way and shoot younger & happier people. When shooting at kyō for a techno set, I look out for mood shots, light the DJ more dramatically and really set out to find interesting people that will add some character to the overall album.

I enjoy a variety of electronic music, and I just groove along to the music while shooting so I don’t really lose focus. However for festivals that last for an extended period of time, I spend about an hour or so psyching myself up and looking through previous images and artists that inspire me before starting my run. 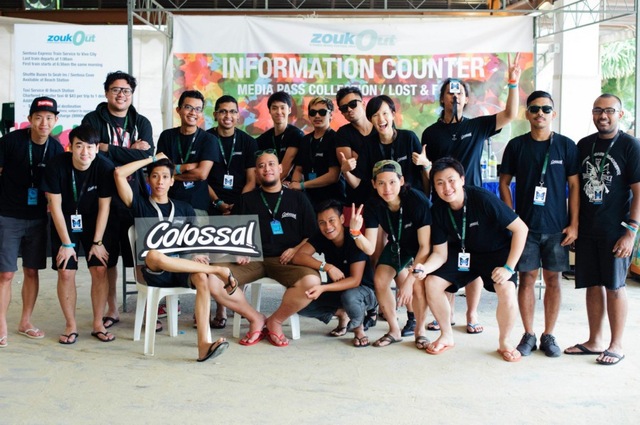 You also run Colossal Photos that solely focuses on festival and nightlife photography – tell us more about the collective and what it aims to do.

Colossal Photos is a collective that aims to redefine event photography into an art form. First and foremost, the collective serves as a network support system for nightlife photographers. We share knowledge, techniques, tips and give constant critiques on every single night that we shoot even when we’re on different continents (much like how an art school functions) and we grow together as a team. I love how over the past 8 months we’ve grown to treat each other as family.

Second is to educate clients on the value of event photography. I feel that event photography has been taken for granted, and is something so accessible to just about anyone that clients don’t see the value in photos documenting events anymore. However at Colossal we offer much more than just photography and our main photographers are really top notch guys who know their stuff and each have their individual styles, so that really adds to the entire vibe that we’re trying to achieve.

Apart from that, we also take in newer and younger photographers who show promise and talent and train them to be much much better than people like myself. So far we have trained 3 guys, Nasri Ibrahim, Justin Choo & Zulkhairi Sulaiman, and these are the guys you should really watch out for in the near future.We are taking in another 3 apprentices in June 2014, so look out for the details coming soon!

Has your studies in visual communications in NTU influenced your photography, and vice versa?

Definitely. My degree focused on conceptual & critical thinking and really pushed me to think about how visuals can affect the perception of brands and people. Alongside my diploma in Mass Communication and also cross majoring into photography during the degree, I was able to combine pretty much everything I’ve learnt into Colossal and brand myself properly to reach potential clients. And of course learnt a lot of new skills through the lighting classes. 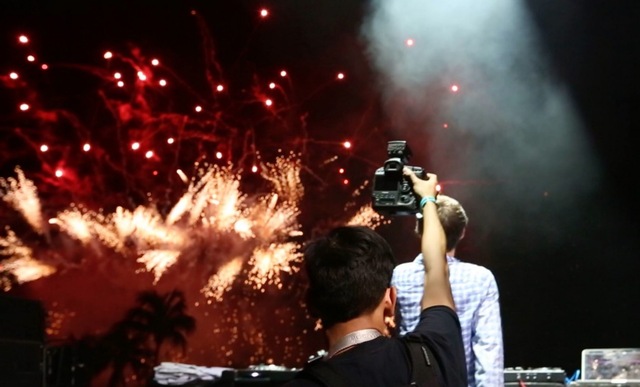 What are some pet peeves you have about shooting?

1. People who do not credit (magazines especially).

2. People who refuse to pay your rates but still want you to shoot for less, or worse, offer exposure, free drinks and entry, etc.

4. Photographers who are stingy about knowledge (?? Don’t know for what also lah).

Disclosure at Zouk Singapore. Ended up dancing on the dancefloor while taking photos. Bucket list checked.

ZoukOut every single year! From pre production, to actual day and to the post production, The entire process takes up to 3 months. Everything and everyone involved need to run perfectly if not all the effort will count for nothing.

What do you do to keep yourself inspired?

Usually ah, I check my bank account and worry about how I’m gonna eat the next few weeks. Sudden inspiration.

3 Useful Traits To Have as a Photographer

Sometimes you come across rude people who really cannot give two f*cks about whether you’re carrying expensive gear around a crowded club, and it really is unavoidable that you meet these type of people. But it’s always important not to take things personally and move on. Just like everything in life. Also, calculating risks and knowing when to take the leap is a challenge. 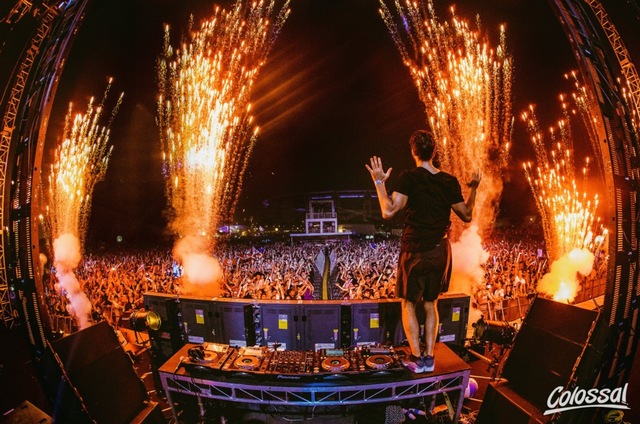 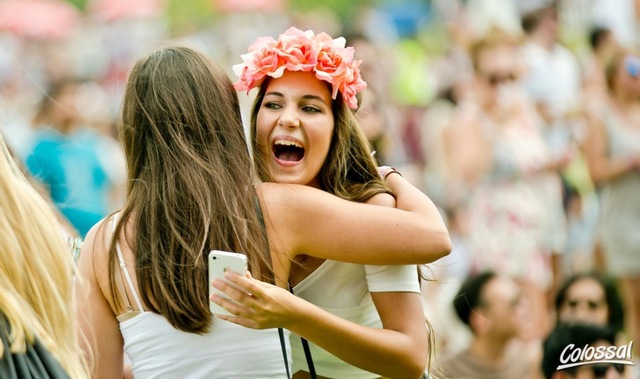 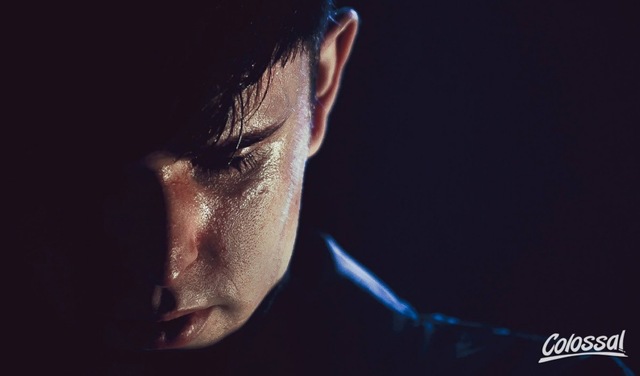 Wake up your idea.

I love documenting my life with my girlfriend Ili Kaiyisah, whenever we get the opportunity to be on the same continent. So lots of videos and photos of our adventures, things like these really keep me refreshed and away from the routine of “work”. And she loves that we get to create these little stories with our photographs, so I really do get a good thrill out of shooting them. Safe to say she inspires me both personally and professionally lah. Aiyo so sweet this boy.

All 3 fisheye shots. I don’t get why people bash the fisheye lens so much! When used well I think it has the ability to tell a better story than a wide angle lens! 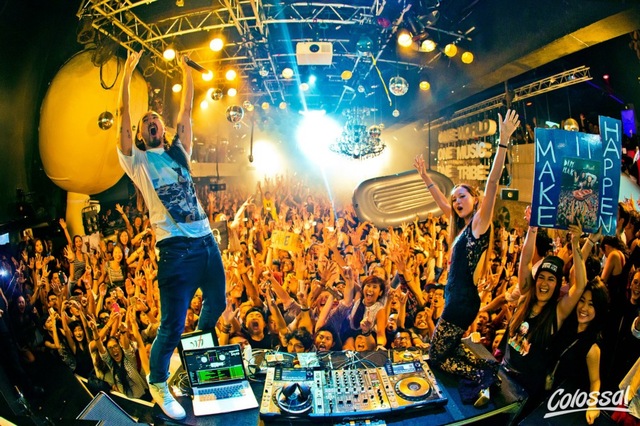 This led to Colossal’s inception on Facebook & Instagram. One of his videographers saw this shot and wanted to post it onto Steve’s page and credit me but I did not have any facebook or instagram links to tag to, so I quickly set it up and got about a few hundred followers immediately. Plus we’ve got both Aoki’s on stage, so that’s a pretty rare photo. 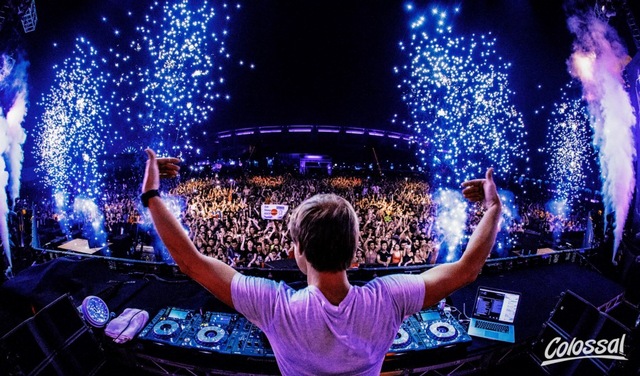 Was on stage the entire set and finally managed to get a good shot of the pyrotechnics! 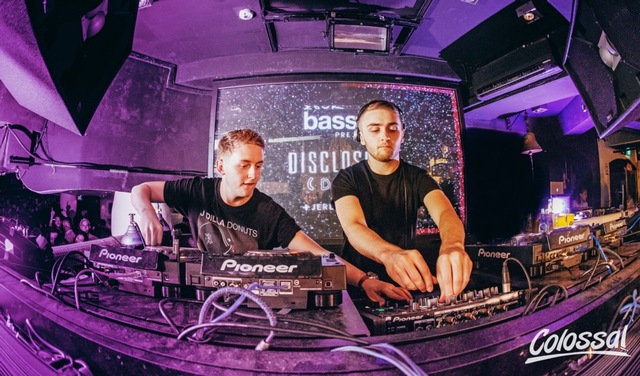 They are one of my biggest inspirations and I really love their sound and how they hold true to their direction. The crowd had so much positive vibes, and to finally be able to photograph them (eventhough it was not a live set) was a treat in itself. 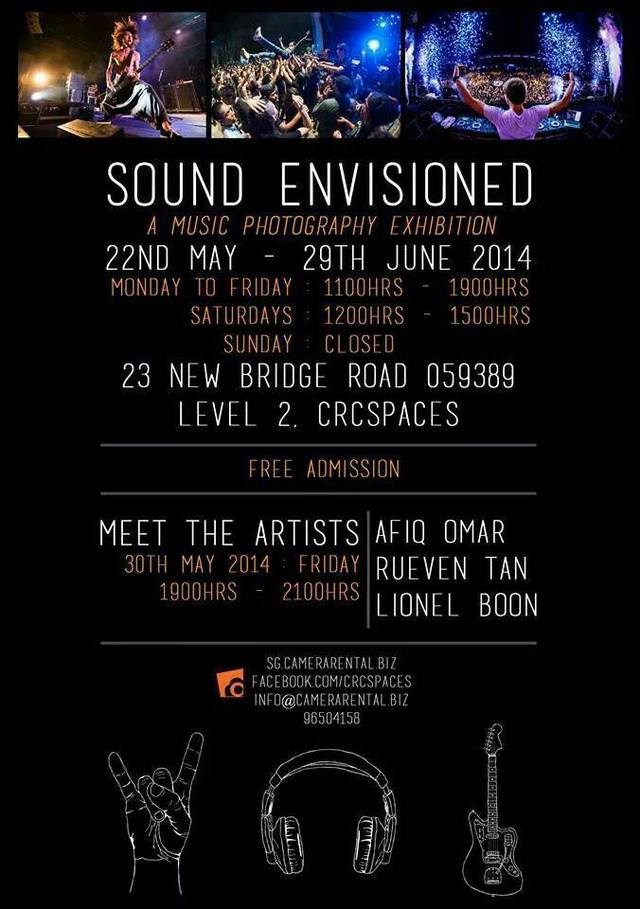