Rueven Tan is the friendly face you will see at most gigs shooting discreetly around the arena, and for other photographers, the one who will greet you at Camera Rental Centre. As the main photographer for Bandwagon, Rueven is a regular contributor and mentor to the rest of the team. Although he started shooting in the hardcore scene, he has covered many different sorts of shows including Gold Panda, This Will Destroy You, and this year's Laneway Festival Singapore.

My name is Rueven Tan, not-so-good photographer, still improving. I shoot gigs, concerts and landscape mainly, but I generally shoot anything that captures my attention. A laid-back person and if you know me, a generally jokey person but when it comes to photography, I'm pretty serious about stuff. Sometimes, I like to disappear from the world for a while a.k.a taking a sabbatical. 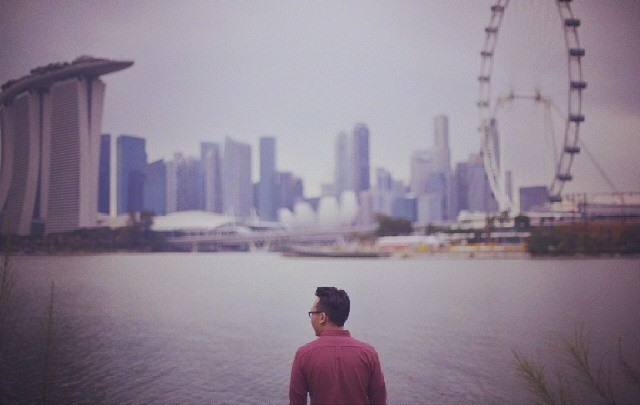 I started being interested in photography during my Army days, I was influenced by my dad who used to photograph a lot during his young days. It started it out as a hobby at first. Then, it was quite a struggle to save up for a camera as it was still the start of the digital age of photography. Things were still really expensive unlike these days, where you can get a decent DSLR quite easily.

Has your style progressed from when you first started?

My style definitely had progression over the years through photographing different things and viewing other people's work, and figuring out how it was done - styles and techniques. Most people will think that we need to specialise in only one or two categories of photography and we start neglecting other areas. It's best to experiment whatever and whenever we can and push our creativity beyond our limit.

I'm always doing comparisons on my older photos with some other people's works. Yeah people might say, "You should build your own style instead of looking at other people's work". But I like to think that if I don't possess simple basic composition and post processing, I can never achieve whatever style I want in my photographs. It's probably more of studying different styles to achieve my own.

How do you balance your full-time job and time as a gig photographer?

It's not easy as there are too many gigs to follow up, there are times that I need to compromise some of the gigs as there are bigger responsibilities I need to focus on. Gig and concert photography is definitely, and will always be my passion. So it's pretty hard to give it up completely. 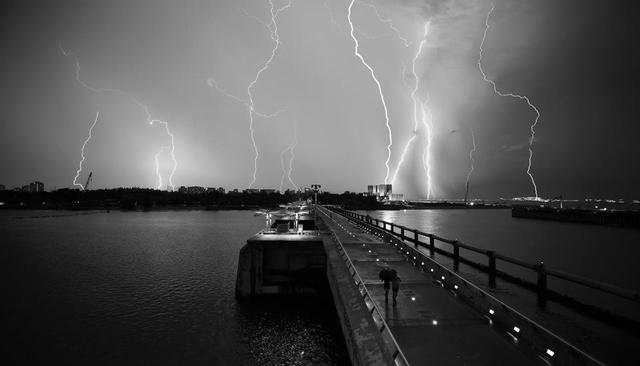 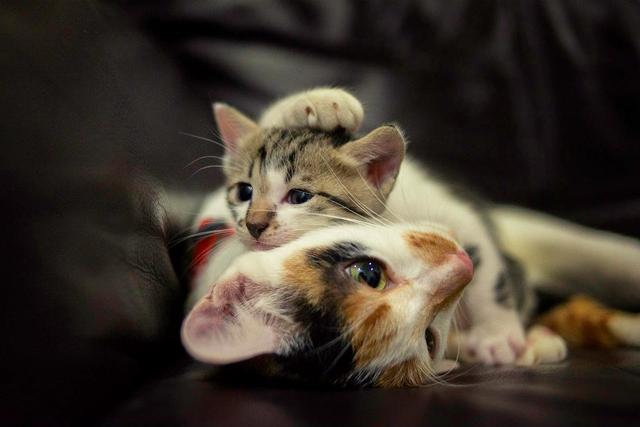 What kind of gigs do you prefer to shoot for and why?

Tricot was pretty much exciting as there was a lot of movement from the band. Showmanship is very crucial for music photographers. I get bored when I don't see much showmanship. But I still think the Chariot show tops my list.

The Casualties, and probably The Chariot.

The band went all out crazy. There wasn't any safety vest or helmets for photographers, but you probably get recognition for your bravery. Swinging of guitars here and there, band members that were high, and some of the crowd too. I had to be constantly alert, to be quick and swift enough to pull back my camera before it got damaged or hit. Creatively, I had to work extra fast to think of how I was going to compose the shot, and where the heck I was going to be standing to shoot from the angle I wanted. 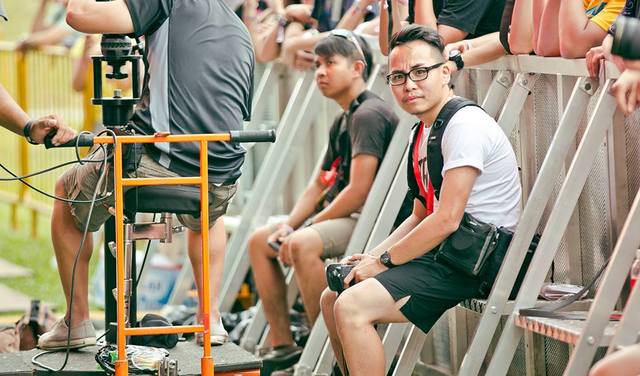 I kinda game a lot at home, but probably not so much now. Crysis, Diablo 3, Battlefield... mainly first person shooter games. If not, I will usually be alone or with my photography friends, exploring places, photographing something or somewhere outside randomly. Or just chilling somewhere to empty my mind.

What do you think of selfies?

It's alright i guess? Just don't make it a syndrome.

At times, you don't really need the best gear or the best brand. Read up the reviews and the technical stuff first. Ask around for various opinions. There are times you do not need to follow what others have. Follow what you think you can achieve, and what you plan to photograph. I take my time choosing my gear because I want to use it for leisure, work and travel.

1. Stay humble and keep it real

2. Do not neglect those who helped you along the way.

3. Accept what you have and deal with it - you lose some, you win some. 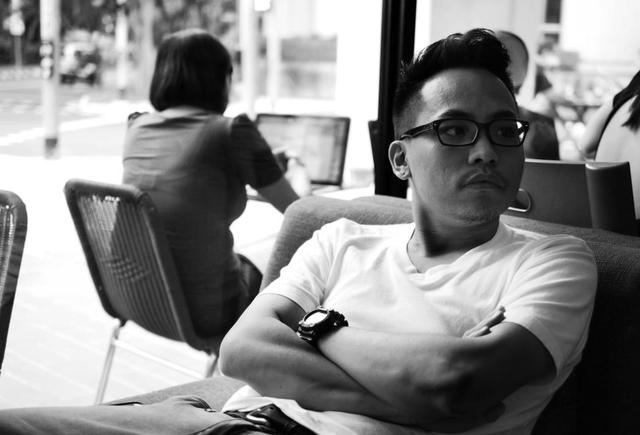 There will always be people who will talk you down or look down on you, but really, you need these sort of people in your life. Being creative and stepping out of comfort zones, it's all about taking risks when you want the perfect shot. Negativity would probably bring you down, but remember why you got into photography. Find the reason and always remember. When you start thinking of it as a chore, that's when you start to give up.

Shoot everything and anything - there's always something to photograph out there, you got to get out there! Be versatile. Like I said, try all areas - don't pigeonhole yourself to one category. Every photo you take matters, and may one day help you achieve something you want to create.

Don't do for free especially when you know you are going do photography as a profession, full-time or part-time. Study the market carefully, be smart. There are times customers may not accept how you work, or your style - don't be bitter about it.

I don't really have any side projects currently, as I snap whatever I feel is nice or if there's a story behind a place or person.

3 pictures you are proud of: 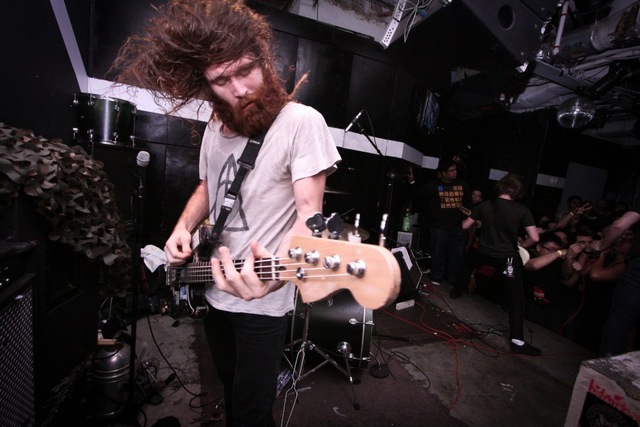 It was the most insane show I ever shot as the angles I wanted to photograph was near impossible. I was pretty stuck in a spot the whole time but I managed to get a picture from the bassist's side. 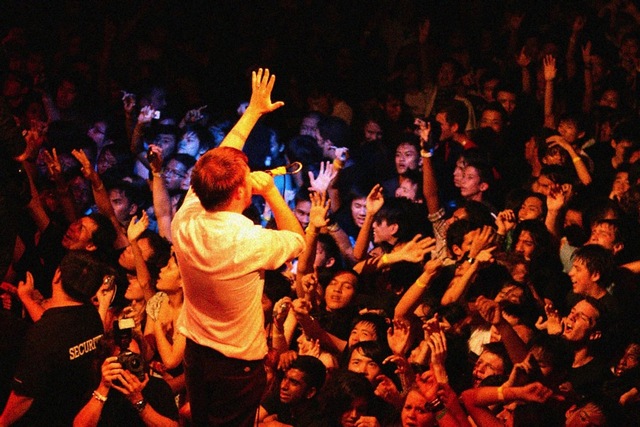 My first concert and it was one of my all-time favourite band. I will always remember the person who got me in - his name is Levan from local band Ronin - he managed to get me in while I was listening to to the band outside the Glasshouse with my camera gear. I got inside and managed to snap from the top level. 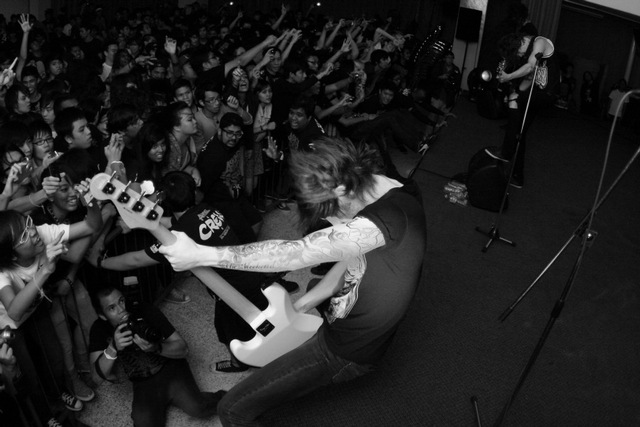 There was literally no lighting to help me in this show, luckily I had one shot that I was really happy with. It wasn't that easy, every angle seems really hard to save. The environment was quite crappy to be honest, and then finally, I got the shot that I wanted.