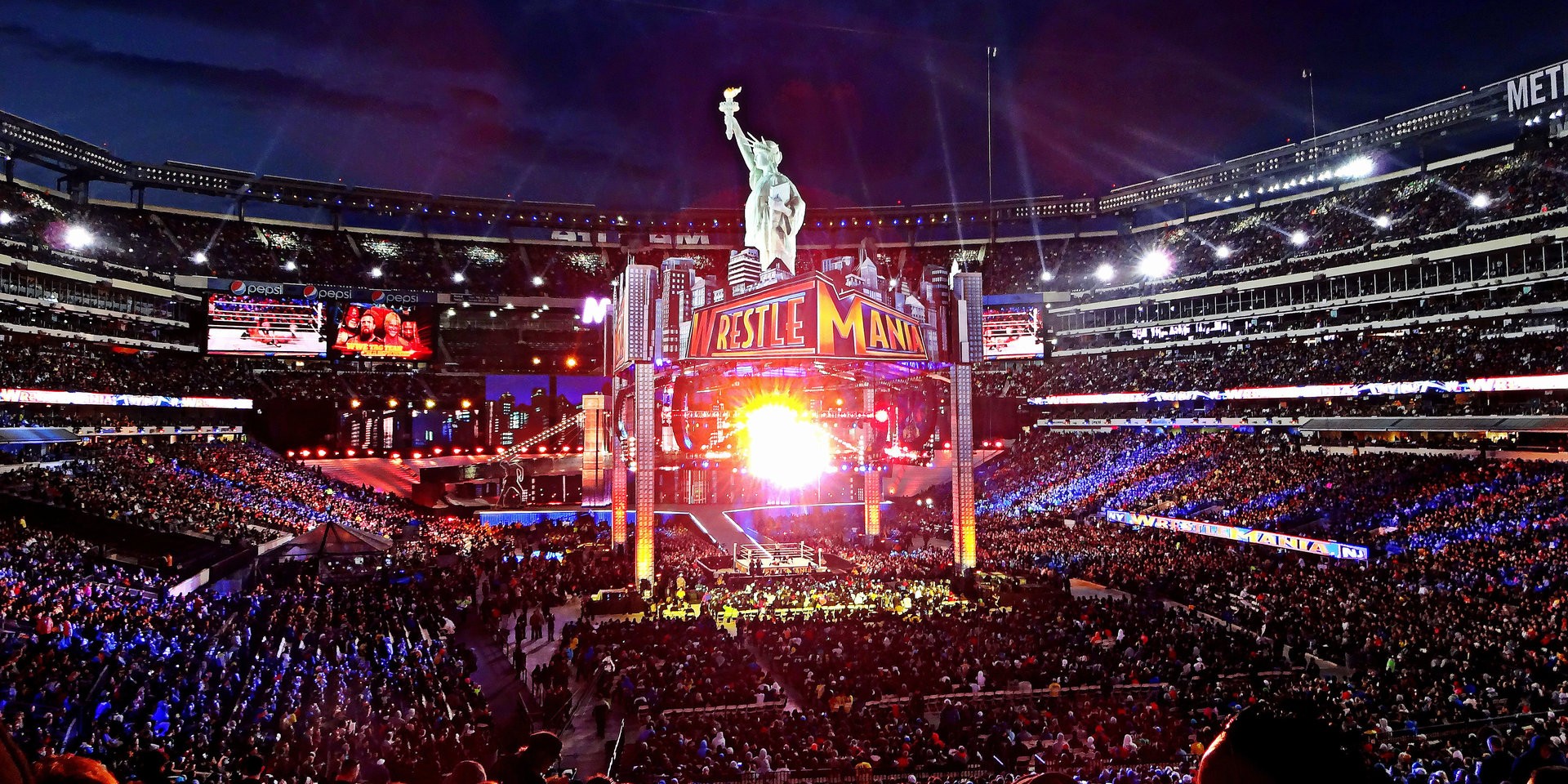 Whether it was a phase during your youth, or whether you’re still a mark today, all of us were pro-wrestling fans at one point or another - it’s okay to admit it. Especially these days, when we know enough about the industry to not be embarrassed by it. Every once in awhile though, you still get a lout ridiculing fans by proclaiming, “You know it’s fake right?” Well, duh. You know what else is fake: theater, film, novels and comic books. Just because something is fictional doesn’t mean it isn’t worthy of attention. Kayfabe is long dead, we all know it's a work. It's better this way too, because besides being invested in storylines and feuds, audiences now appreciate the acting, speaking and athletic ability of its performers on a much deeper level.

And a key part of the grand stage production that is pro-wrestling, whether it's the WWE of today or other promotions like WCW and ECW in the ‘90s, is most certainly the music. Many of our favourite WWE characters (or Superstars as Vince McMahon insists we call them) can be defined by their entrance music, which is a testament to the compositional acuity of the guy who wrote those tunes. The sound of breaking glass or an ominous gong instantly sets the tone, crystallizes a wrestler’s personality for the audience, and can even bring back memories of great matches or promos from decades past. But chances are most pro-wrestling fans don’t even know who’s been composing these songs for 30 years, and that’s a shame. 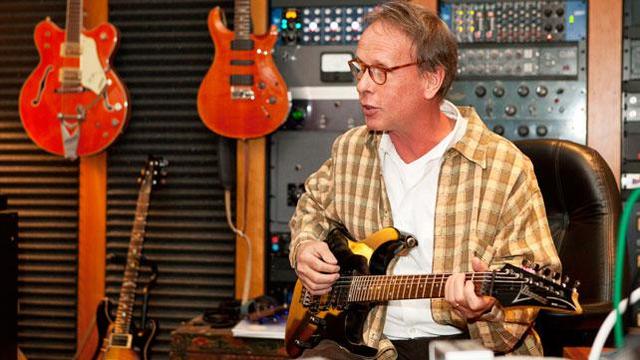 His name is Jim Johnston, and darn near every iconic theme song you’ve ever heard on WWE programming since 1985 was written by him. He’s been the company’s go-to guy for music since the World Wrestling Federation (WWF) days, and according to Johnston, the first thing ever assigned to him was the composition of WrestleMania 2’s promo theme. But since then, the prolific composer has created over 10,000 recordings, spanning all manner of genres, media and gimmicks. Not all of them have been entrance music, but undoubtedly, it's the seminal wrestler theme songs that he should be celebrated for. Here are just 10 of his very best.

When you heard that glass shatter, you knew business was about to pick up (shouts out to Jim Ross). Out of everything Johnston’s ever written, Stone Cold’s theme is probably the one that encapsulates his subject the most - volatile, defiant and tough as nails. Though, as legend has it, this was actually his hardest to compose because Steve Austin’s original character, The Ringmaster, was so dull and generic. It was only when Austin began taking creative control into his own hands by cutting those famed off-the-cuff 3:16 promos that Johnston finally understood where to go with Austin’s music.

Back in the 80s’ up to the mid-90s’ the common sense notion backstage was that you couldn’t be a main-event level player if you weren’t a hulking giant. People just weren’t interested in seeing average-sized guys apparently. Shawn Michaels absolutely changed that mindset, and he used all his perceived hindrances to his advantage. While others built their gimmicks around being a muscle-bound brute, Michaels played up his slender build and pretty boy looks. His Heartbreak Kid character, dynamic move-set and unparalleled ring psychology (as a slimy heel or face in peril) earned him his reputation the greatest technical wrestler ever. Johnston smartly turned up Michaels’ obnoxious persona to 11 with this theme, backed with the sound of ecstatic women and HBK singing the chorus himself. Yes, Michaels sang the chorus to his own theme song! You can’t get any more obnoxious than that.

What does it take to be a real American? His advice to all his little Hulkamaniacs was to, “say your prayers, take your vitamins and you will never go wrong." And if you still didn't get it, well,  Hulk Hogan’s most famous theme spells it out for you. Composed by Johnston but performed by Rick Derringer, Hogan’s super-wholesome and ultra-patriotic theme song is the consummate distillation of his larger than life superhero character back in the 80s’ and early-90s’. Hogan’s been lucky enough to have a few iconic themes over his long career (including ‘Eye Of The Tiger’ during his AWA days, and his nWo theme during his WCW run), but this is undoubtedly the one that soundtracks his legacy. If you want to forget about Hogan’s recent sextape and racism scandals for a bit, you can count on ‘Real American’ to take you back to better times.

Titled ‘Unstable’, The Warrior’s theme was another instance of Johnston creating the quintessential song for a character. Structured like an 80s’ rock anthem, his theme was fast, propulsive and incredibly energetic. Its frantic rhythm matched perfectly with The Warrior’s habit of sprinting to the ring and violently shaking the ropes. Its sad that we’ll never see The Warrior walk down that ramp again, but he’s certainly left us with plenty of classic matches to remember him by.

Goldust as a performer never rose beyond midcard status, but although he was never world champion material, he will always be remembered for his androgynous gimmick and truly memorable entrance. Dressed head to toe in gold, The Bizarre One was a sight to see and Johnston's theme for him was more than ideal. It was sleek, glittering and mixed in a sense of opulence together with a creepy Hollywood pervert vibe. It was magic and part of why you will always remember the name of oooh-Golduuuussstttttt-rargh.

Evil authority figures are a staple of pro-wrestling, and none of them come bigger and badder than the actual CEO of the company himself - Vincent Kennedy McMahon. This song exaggerated (only slightly) McMahon’s real-life arrogance into a theme that warned everyone they had “no chance in hell” when dealing with him as he power walked to the ring. In business, this was true because the ruthless promoter had put every competitor organization out of business over the last 40 years. In storyline however, McMahon has gotten his butt kicked by a variety of Superstars, because McMahon is a heel, and heels always lose in the end.

Till this day, nothing pops a crowd quite like the opening gong of The Undertaker’s theme song. Menacing, dark and scary as hell, Johnston’s theme fit The Undertaker’s undead supernatural gimmick as snugly as a morticians glove. His theme and entrance is probably the most elaborate in WWE history, and most of its drama is already inherent in the music. Unlike the others on this list, ‘Rest In Peace’ isn’t an instant bolt of energy, it's a slow burn that allows the audience to really soak in the atmosphere of The Phenom’s presence. He’s used a number of other themes over his 25-year career, including Limp Bizkit’s ‘Rollin’ (the less said about Biker-Taker the better), but it's this classic rendition that remains the fans’ favourite.

This one isn’t as iconic as the rest on this list, but Gangrel’s gothic, ominous and kinda sexy theme is certainly one of Johnston's finest creations. Gangrel worked a vampire gimmick, and his theatrical ring of fire introduction paired with this theme still remains a cult favourite among the pro-wrestling nerds amongst us. Unfortunately, Gangrel was a notoriously limited in-ring worker with fitness issues, a dull move-set and a lack of charisma on the mic, so the character never really became known for anything other than a cool entrance.

Simple and classy, there was an air of sports professionalism about Kurt Angle’s theme song that immediately gave Angle a competitive legitimacy. As a real-life Olympic gold medalist in amateur wrestling (the real kind), Angle’s theme signaled the arrival of a genuine combat athlete, not some bare-knuckled brawler. It's a cool theme that works by itself, but the best part of this was the crowd participation. One time, Edge urged the audience to chant “You suck” to the tune of Angle’s theme, and well, it kept happening… for 10 years. The chant was famously incorporated in storyline went Kurt Angle kept re-doing his entrance until the crowd stopped chanting “You suck” during a 2005 episode of Raw. This is still one of the best promos WWE has ever done. Its true, its damn true.

As we’ve established here, the most important part of any theme song is its opening motif (designed to instantly pop a crowd), and few are as recognizable Bret Hart’s opening guitar riff. Bret has used several different variations of this theme since, but this 1994 original, entitled ‘Hart Attack’ is the one most fans remember as his signature. It was a no-nonsense rock tune that eventually became a symbol of excellence, due to Bret’s limitless move-set in the ring (he was more than just punches and big slams) and the composition’s precise ability to cut right to the h(e)art of Bret’s technical wrestler persona. The younger members of the Hart family all use a variation of this theme, because of its association with the best there is, the best there was and the best there ever will be - and can you blame them?

The demon gimmick has grown incredibly stale over 15 years, and he barely even registers as a threat to audiences these days. But back when he first debuted as Kane (the performer was initially a demented dentist named Isaac Yankem, really), crowds were positively terrified of this gargantuan red monster! The physique, the backstory (he was The Undertaker’s more evil brother), the pyro production, the red arena lighting and the mask definitely played a part - but it as his theme song that really sent chills down your spine. It made you believe that a demon from the depths of hell was coming to wrestle a match (yes we laughed while typing that), and that’s kind of amazing.