Some of you may wonder, what's so great about Halo? What makes it one of the greatest shooting franchises of all time? We could draw up an extensive illustration detailing why it is but we're lazy like that. An immersive storyline with fantastic dialogue, cutting-edge graphics, an innovative multiplayer format. It has been Microsoft's baby since the launch of their first Xbox gaming console. Halo: Combat Evolved was released on November 15, 2001. Since then, a cultural phenomenon was given birth. It set the standard for first-person shooter gaming mechanics on consoles and it was one of the leading games that paved the way for serious competitive gaming in the new millennium. We also recently met one of the franchise's top players in the world.

Now, Microsoft has commemorated the 10th anniversary of Halo 2 with this fittingly epic collection for the Xbox One, featuring all of the Halo games up until the latest. We've had some time with it ourselves for the past few weeks. With all its features intact, along with tonnes of brand new ones, let us walk you through what we think are the 5 coolest features of this amazing collection. Read on, especially if you're still on the fence holding onto your original copies of Halo 2.

ALL HALO GAMES, POLISHED FOR XBOX ONE

We can't stress the enormity of this collection. In just one disc, it contains all four Halo games that have been released so far. Halo: Combat Evolved, Halo 2, Halo 3 and Halo 4. Being next-gen titles themselves, Halo 3 and Halo 4 have been given only a slight tweaking visually, with a bump into 1080p territory at 60 frames per second, making them even smoother and prettier than they did on the Xbox 360. 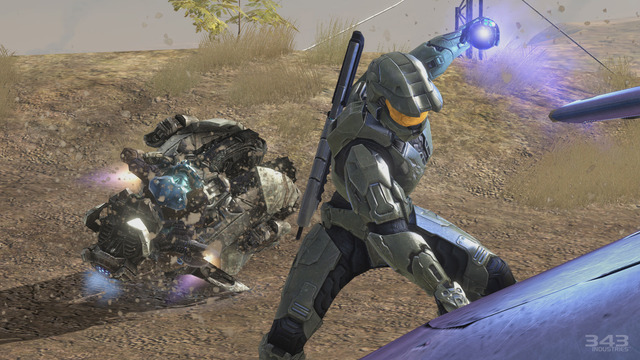 But how about Halo: Combat Evolved and Halo 2? Well both instalments have been given a generous makeover. We'll get to the soundtrack in a minute but first let's talk about the graphics. Halo: CE was released as an Xbox launch game, while Halo 2 was at the cusp of the original Xbox's popularity, so as expected the graphics have not aged well. However, with Xbox One's graphics engine, Halo: CE and Halo 2 come alive with incredibly detailed textures and environments that are almost reimagined from the ground up. While Halo: CE was already updated in 2011, this is the first time Halo 2 has been enhanced.

The best part? You can switch between the old graphics and the new "remastered" graphics in-game with a single button. It's seamless and almost disorientating due to the stark difference in quality (which is a good thing). The cutscenes are now mostly pre-rendered, utilising an even more advanced graphics engine which makes the difference even more jaw-dropping.

THERE ARE NEW SOUNDTRACKS TOO

We just had to give a special mention to the soundtracks as well. The franchise's music has been iconic to the point that every single time we hear the Halo 2 theme song, we immediately get transported back to the time we had our original Xbox consoles and we popped in the Halo 2 disc for the first time. The mix of exhilarating hard rock and intense electronic music with blissfully spacey new age elements has stuck with us since the first game.

Now, not only have the classic soundtracks been digitally remastered but there are also newly rerecorded ones to accompany the first two games. For Halo 2, legendary guitar virutoso Steve Vai comes back to rerecord his tracks while prog-metal mastermind Misha Mansoor of Periphery fame chimes in with two brand-new songs and they rule. Nothing incredibly different from his work with Periphery but it gives Halo 2 an even heavier edge that it never had before.

One significant feature of Halo has been, and always will be, its multiplayer. Days have been spent playing deathmatch sessions while shouting expletives with every sneaky energy sword kill we received. Every single multiplayer mode and maps have been faithfully restored, with maps remastered and reimagined. Custom Games have never been more fun to create, with infinite possibilities in generating rulesets for each game. 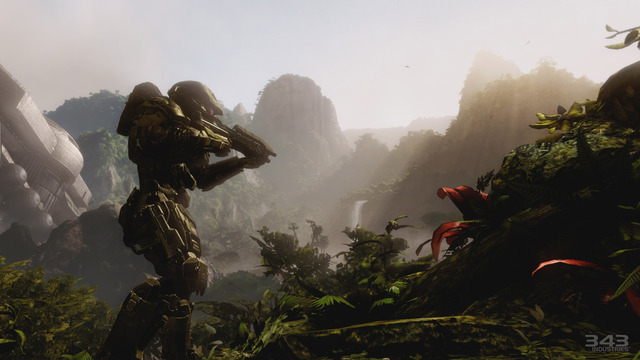 All the multiplayer enhancements from the later titles have been recompiled into this collection with cross-game compatibility, such as Spartan Ops and Forge. With Forge mode, it allows players to create their own maps or simply modify new or existing map geometry, with maps from all four games at your fingertips. With the collection's next-gen game engine, your maps will look better than ever for you and your friends to play on.

Like how we love to create our own themed mixtapes featuring some of our favorite songs, you can also generate your very own playlist of missions to play. With this collection, you can compile your very own cross-game mission playlist. We were able to play the intense Assault on the Control Room level on Halo: Combat Evolved after which we did our best to save Cortana on Halo 3 without having to revert back to the main menu. This is what dreams are made of, folks. 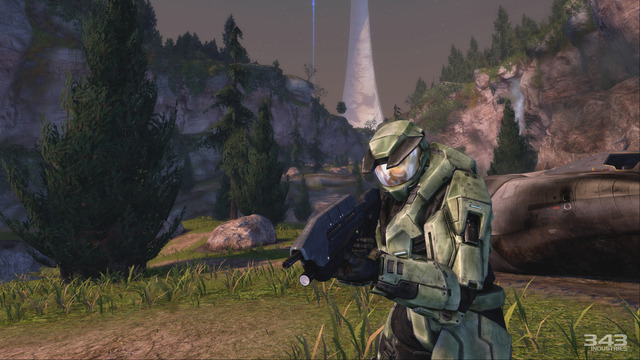 While it's unfortunate that a planned Halo film, meant to be produced by Lord of the Rings director Peter Jackson, was shelved into Hollywood oblivion, a project to bring the world of Halo into a TV show (or laptop screens if you stream) is currently in the works with legendary director Steven Spielberg coordinating it from the producer's chair. With District 9 director Neill Blomkamp in talks to helm the pilot, we were already salivating at the thought of it but with this collection comes something to satiate our hunger for a full-fledged show. 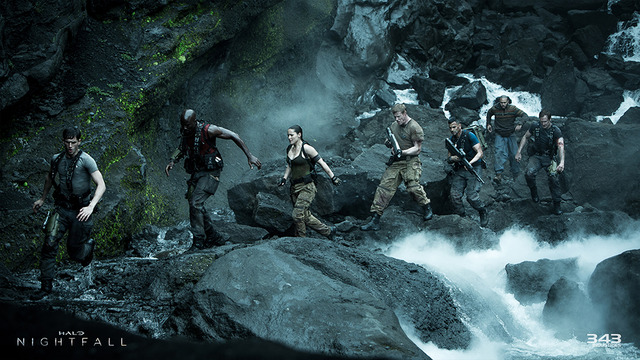 As a tasty goodie included in the collection, Halo: Nightfall is a digital series connected to the game's universe while featuring its own original story. Produced by famed Gladiator director Ridley Scott, it tells the story of a group of operatives from the Office of Naval Intelligence (ONI), tasked with investigating and halting a nascent terrorist threat, whose deadly secret is hidden on a damaged fragment of the Halo ring itself. The show so far has been fairly intriguing. While we feel it could be better, we're just glad to see the Halo universe realized in a live-action setting, something we've been anticipating for more than a decade.