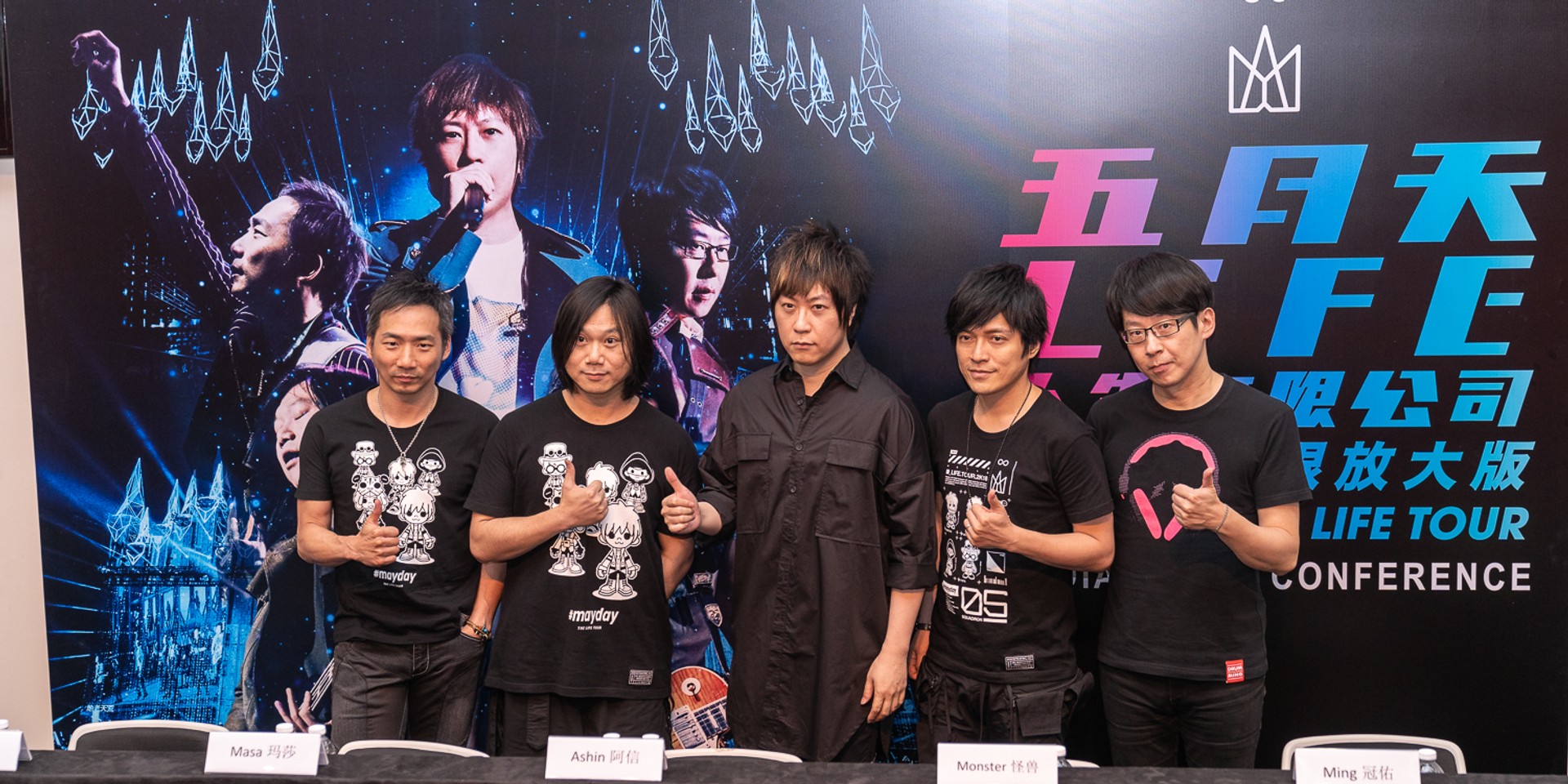 [UPDATE, 13 June: this post was edited to amend a few factual errors. Bandwagon regrets the errors.]

This past weekend, Mayday returned to Singapore for their third concert in as many years. This time, the Taiwanese rock veterans went big with a blowout at the Singapore National Stadium, a decade after their last concert at that venue.

After the show, the band appeared for a brief press conference, where they hardly showed signs of exhaustion, even after an electrifying two-hour long concert. From how Masa feels about fatherhood to what Mayday loves about Singaporean fans, here's what we learned from the conference.

Mayday's bassist Masa welcomed twins with his wife Vicky Hsieh just a week before the concert, and sought advice from the other Mayday members on how to be a good dad. He pointed out that they were all good fathers themselves, and that the communication they had with their children was something he aspired to have with his children as well.

Fans found a clip of the band's vocalist commenting that Masa would be a father of two – looks like he's one step closer to having his statement proven true!

Early in their career, the members of Mayday were told not to be alarmed if they ever set foot in Singapore and found themselves performing to a cold and stiff crowd because that can be characteristic of Singaporean concerts. To their surprise, they found their Singaporean fans warm and welcoming and feel a stronger energy from the crowd each time they return for a concert.

The band will be heading to Thailand for their next concert, and hopes to get to know some Thai artists for a possible collaboration soon. They were recommended the rock band Slot Machine by Thai media, to which Ashin joked, "I know slot machine: in Las Vegas". On a more serious note, Mayday may actually collaborate with the Thai band - they in fact, once invited the Slot Machine for a concert in Taiwan.

Fans often see the band living their best moments on stage, smiling and seemingly full of energy performing show after show. What they don't see as much, are the grueling hours and amount of practice that go into rehearsing for those shows, and also the unexpected obstacles that pop up behind-the-scenes.

Watch some of the press conference here: