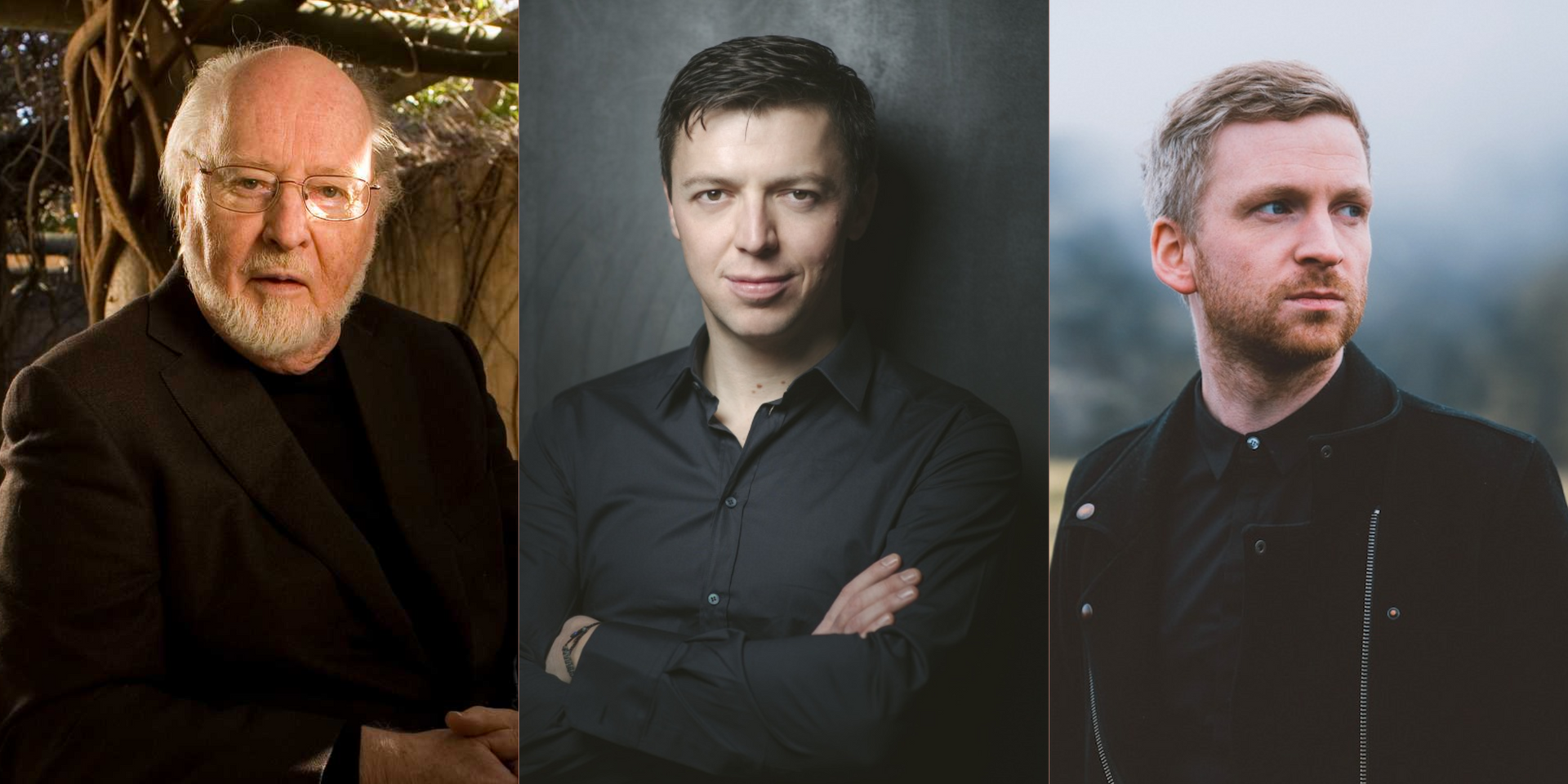 Collaborations have become quite the norm in modern music. Top artists feature on each others' tracks, and producers work together to create the freshest tunes. What not many people realise, however, is that the realm of the classical also has its share of power collaborations that transcend genres within the orchestral ethos. Larger-than-life composers, legendary musicians and once-in-a-lifetime conductors have long been working together to create what can only be described as magic.

Below, we take a look at six of the biggest contemporary classical music collaborations, some of which you'll be able to catch live in Singapore soon. 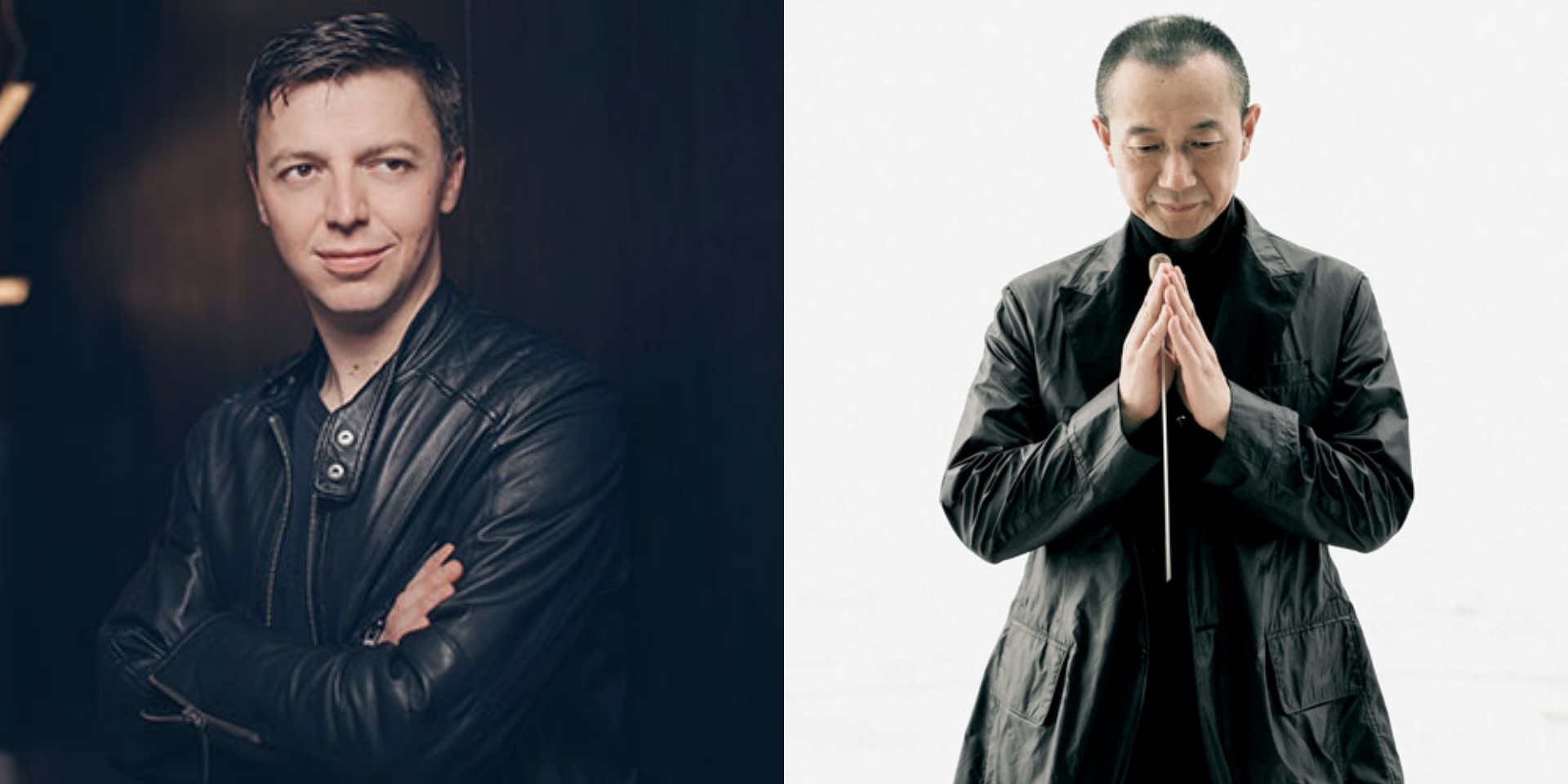 There are few compelling forces on stage like Martin Grubinger, the world-class multi-percussionist hailed for his nimble versatility and enduring technical precision. Known to plough through marathon percussion concerts with classical orchestras that run on for hours. The piece ‘Planet Rudiment’ stands out for the Herculean technical prowess it demands, and Grubinger delivers, time and again with astounding consistency.

His arrival in Singapore on 29 February will see him performing The Tears of Nature, a percussion concerto composed for him by Tan Dun, the prominent contemporary classical Chinese composer. The giant behind the scores for Crouching Tiger, Hidden Dragon, Tan is widely recognised for his sublime melding of nature into his works, which have won him several awards, including an Academy Award, a Grammy Award and a BAFTA award. He has also composed music for the medal ceremonies at the 2008 Beijing Olympics.

The Tears of Nature celebrates the human spirit in its endeavour to live, fight and dance with nature. Tan, whose music is regularly performed by the SSO, said of the piece: "While composing I thought about nature and focused on the passion of Martin Grubinger. Nature is the only suitable illustrator for the richness of percussion sounds and instruments.” With Tan’s creative insight and Grubinger’s unparalleled expertise, the performance promises grand collaborative artistry.

The performance will take place at the Esplanade Concert Hall on 29 February 2020. Get your tickets here. 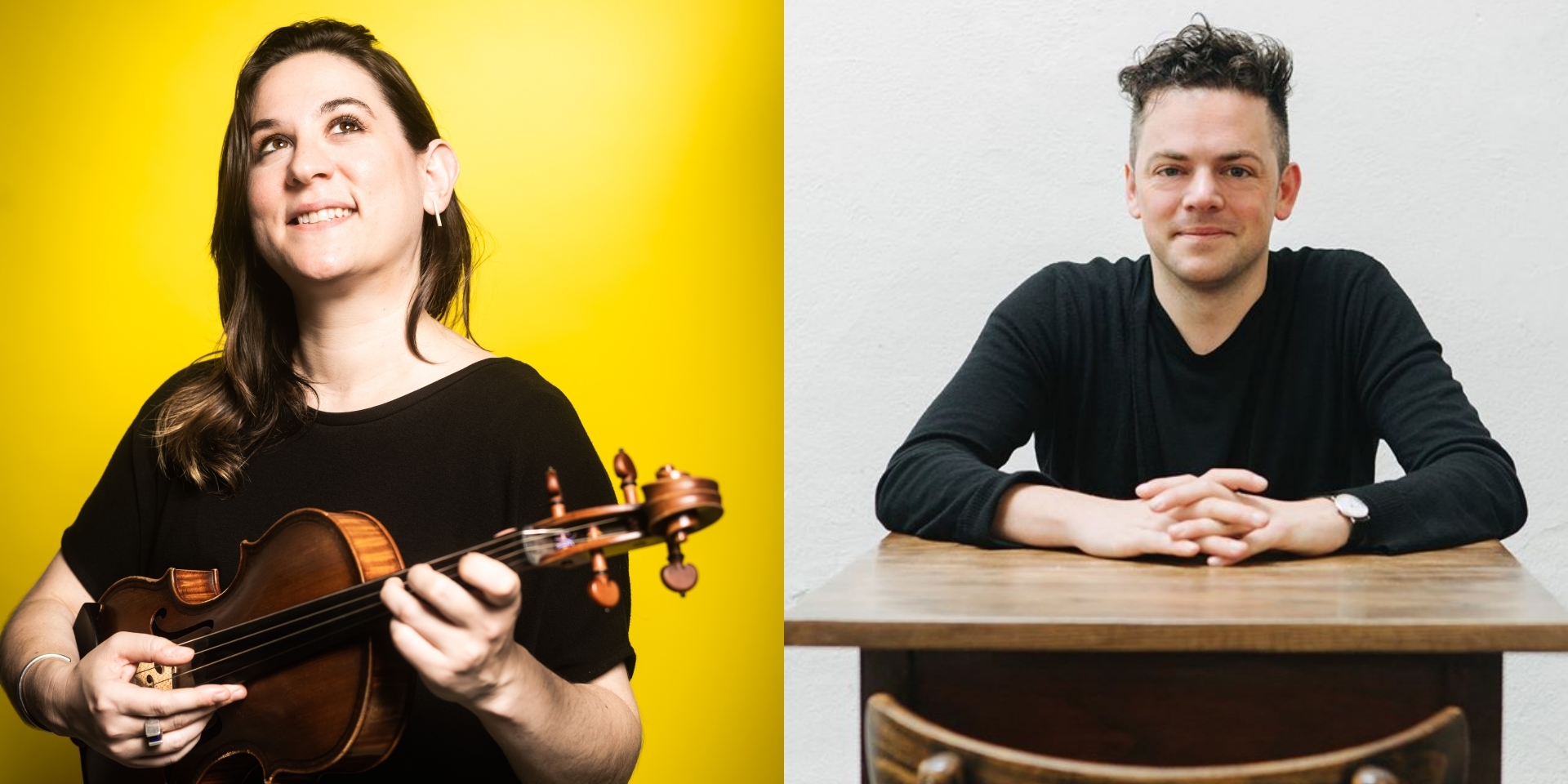 When the paths of two trailblazers converge, what results is a spellbinding manifestation of a creative connection built up from years of deep understanding and friendship. Before violist Nadia Sirota and composer Nico Muhly each took the world by storm, they lived out ordinary student days together at The Juilliard.

Today, Muhly has an impressive repertoire under his belt - he’s done it all, whether it’s writing on opera (Two Boys, performed both by the English National Opera in 2011 and Metropolitan Opera in 2013), scoring films and TV shows (The Reader in 2008, Kill Your Darlings in 2013 and most recently, BBC drama Howards End, for which he was nominated for a BAFTA), putting out his own music or co-founding a record label/music collective (Bedroom Community, which he created with Valgeir Sigurðsson and Ben Frost). In 2017, he collaborated with Sufjan Stevens to create Planetarium, an ambitious and grand concept album about the universe.

If there is anyone who can execute Muhly’s vision to its highest performative potential, Nadia Sirota is the trusted one to do it. As a soloist, she has appeared with acclaimed orchestras all around the world, including the Detroit Symphony, Colorado Symphony, and Singapore Symphony. Her debut album, First Things First, has been cited as a record of the year by The New York Times. As an intermediary between the composer and listener, she strikes a clean balance between her own artistic interpretation and that of the composer’s in her performances.

Sirota will be performing Muhly's Viola Concerto, a piece the composer wrote for her, at the Esplanade Concert Hall on 1 May 2020. Other collaborative projects between them include the powerfully sentimental and intimate Keep in Touch, a tender testament to their musical prowess and friendship.

Nadia Sirota's performance will take place at Esplanade Concert Hall on 1 May 2020. Get your tickets here. 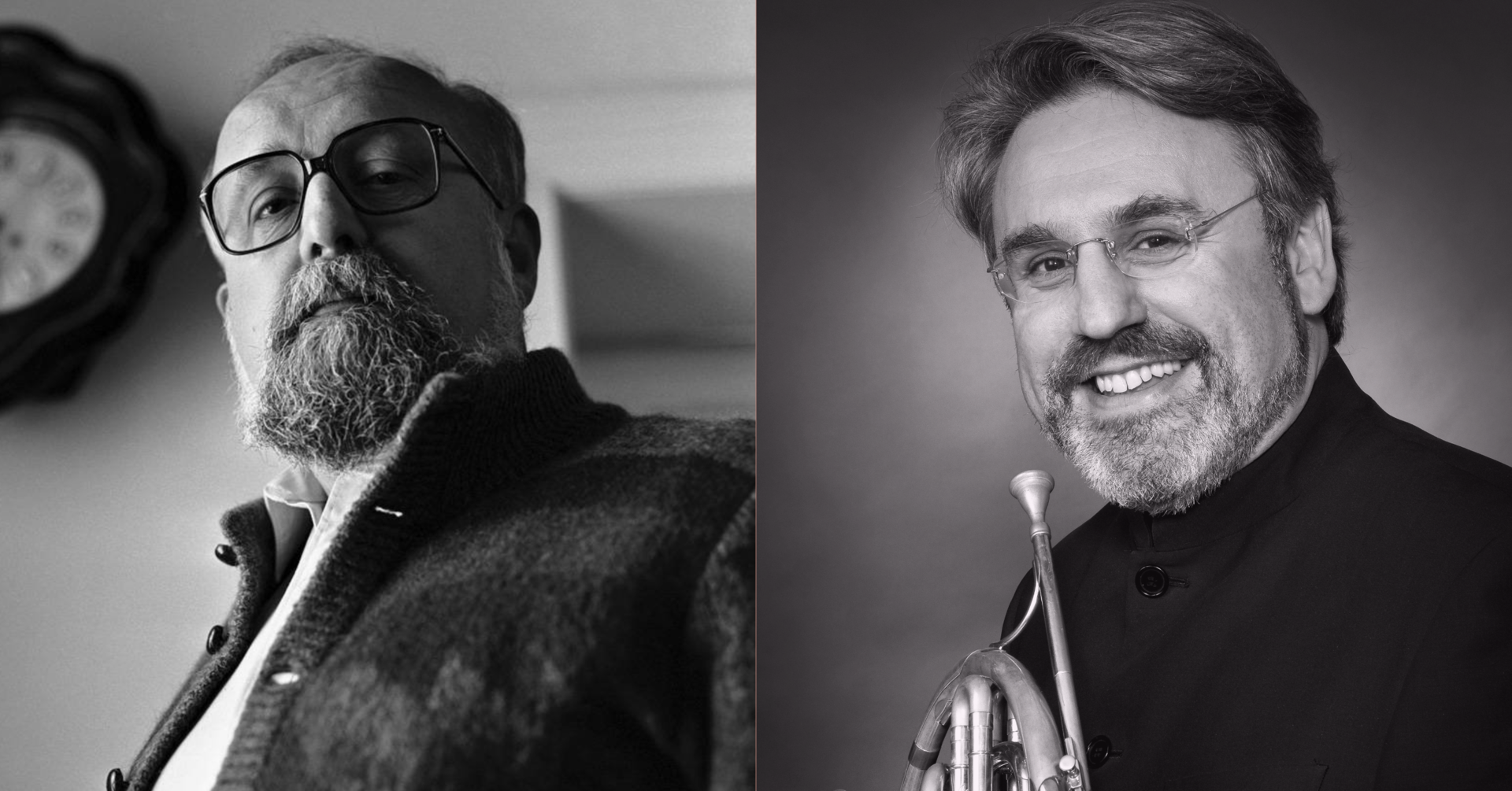 Born in 1933, Krzysztof Penderecki has dedicated his life to music, and in turn, has resulted in him being dubbed by many to be the greatest living Polish composer and conductor. Among his most famous works are Threnody to the Victims of Hiroshima, Symphony No. 3, Polish Requiem, Anaklasis and Utrenja. His work has also been used for icon films such as The Exorcist, The Shining, Children of Men, Shutter Island and more. To date, Penderecki has composed four operas, eight symphonies and other orchestral pieces including a variety of instrumental concertos, choral settings of mainly religious texts, and chamber and instrumental works.

Croatian award-winning horn player Radovan Vlatković has a long, storied career of his own. The living legend was the principal horn at the Berlin Radio Symphony Orchestra and performed with the Radio Symphony Orchestra of Berlin, the Bavarian Radio Philharmonic and the BBC Symphony Orchestra before leaving the orchestra to devote himself to solo works. His solo career has been just as remarkable – his recording of the Mozart Concertos for Horn was awarded the German Recording Critics Prize, and premiered the Horn Concerto written for him by Penderecki.

Krzysztof Penderecki will be conducting the Singapore Symphony Orchestra (SSO) this May in his own compositions, and will be bringing Radovan Vlatković along for the can't-miss performance. Two living legends, the collaboration between Penderecki and Vlatković showcases the incredible musical mind of one of music's greatest composers ever, and the breathtaking performance of one of the world's best horn players.

SSO Red Balloon Series: Penderecki Conducts Penderecki is set to take place on Friday, 8 May 2020, at the Esplanade Concert Hall. Get your tickets here. 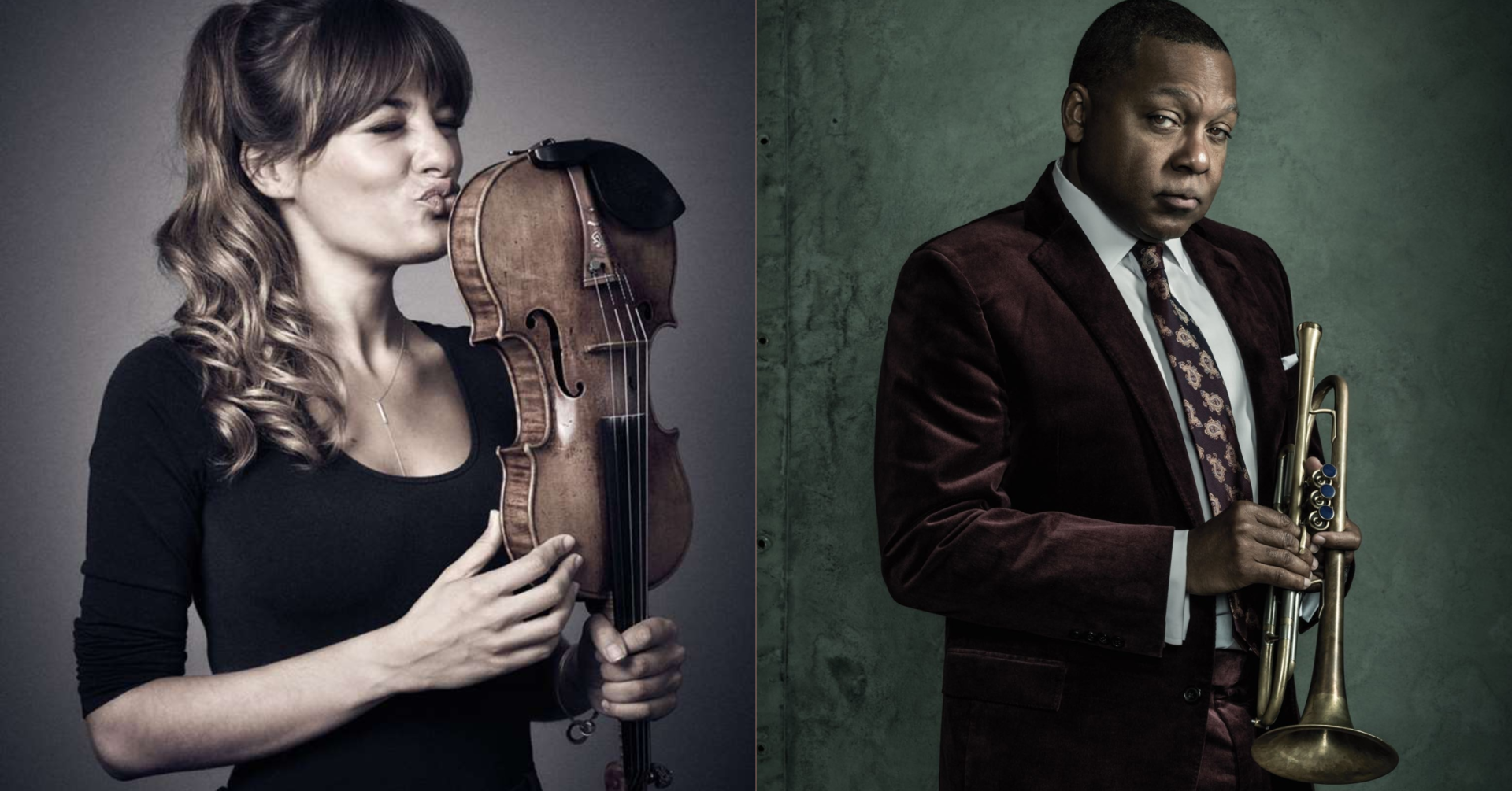 Violinist Nicola Benedetti is one of the world’s finest and most in-demand young musicians, at just 32 years old. She started learning the violin at the age of four, and four years later became the leader of the National Children's Orchestra of Great Britain. In 2004, Nicola won the BBC Young Musician of the Year competition and was signed by IMG a few weeks later. After that, she signed a £1m six album recording contract with Universal Music. Nicola Benedetti's career has been nothing short of remarkable.

Wynton Marsalis is an American virtuoso trumpeter, composer, teacher, and artistic director of Jazz at the Lincoln Center. He has been awarded nine Grammy Awards – Blood on the Fields was the first jazz composition to win the Pulitzer Prize for Music. In 1995, he hosted the educational program, Marsalis on Music, on public television, while National Public Radio broadcasted his series, Making the Music, in the same year. Both programs won the George Foster Peabody Award, the highest award given in journalism. He currently serves as director of the Juilliard Jazz Studies program. Wynton Marsalis was involved in writing, arranging and performing music for the 2019 Dan Pritzker film, Bolden.

Nicola and Wynton's paths crossed at New York’s Jazz at Lincoln Center over a decade ago, and the two forged a strong friendship. The result was Wynton's debut composition of a violin concerto which Nicola premiered. Since then, the two are often paired together, and have become a timeless fixture in the scene. 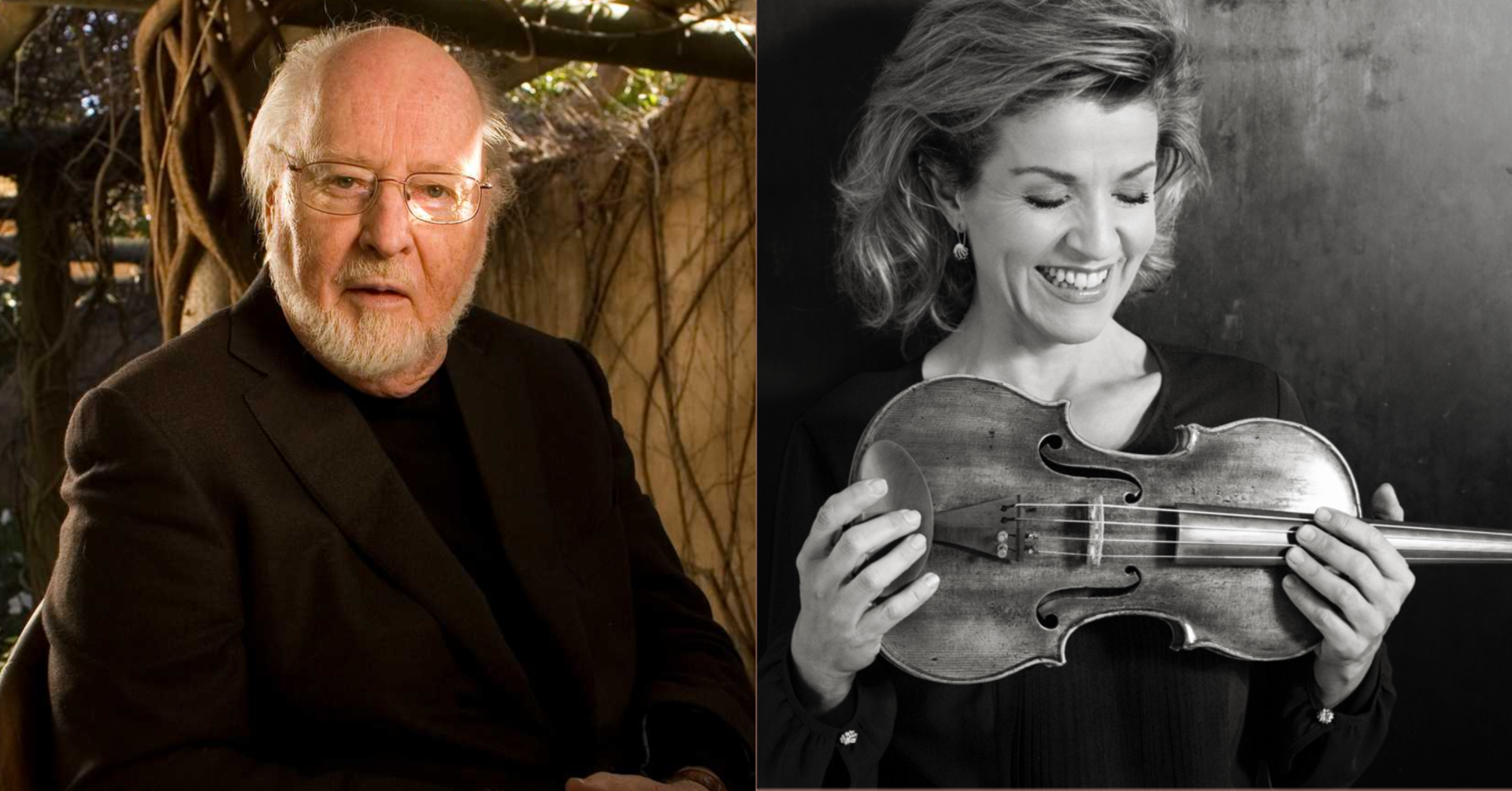 John Williams, is by all accounts, a legend. The American composer, conductor, and pianist is widely regarded as one of the greatest film composers of all time, having composed some of the most popular, recognizable, and critically acclaimed film scores in a historic career spanning over six decades. Williams has won 25 Grammy Awards, seven British Academy Film Awards, five Academy Awards, and four Golden Globe Awards, making him one of the most decorated musicians in history. Williams' compositions for Star Wars, Jaws, Jurassic Park, Indiana Jones and more have secured his legacy that will live on forever.

German violinist Anne-Sophie Mutter is one of the most prolific musicians in her craft, having performed with the likes of Sebastian Currier, Henri Dutilleux, André Previn, Krzysztof Penderecki, Wolfgang Rihm, and perhaps most notably, John Williams. At the age of 13, she was invited by conductor Herbert von Karajan to play with the Berlin Philharmonic, where she made her public debut at the Lucerne Festival, playing Mozart’s Violin Concerto No. 4 in D major. Since then, Mutter's career has not let up, as she has been consistently performing all around the globe with the world's biggest conductors and composers, winning several awards in the process.

In 2019, the Williams and Mutter reunited to release a collaborative album, Across the Stars, which features re-imagined versions of some of Williams’ most memorable film themes, including Harry Potter, Star Wars and Memoirs of a Geisha. While both musicians have worked with a long list of accomplished musicians, the album has proven once again that when Williams and Mutter get together, magic happens. 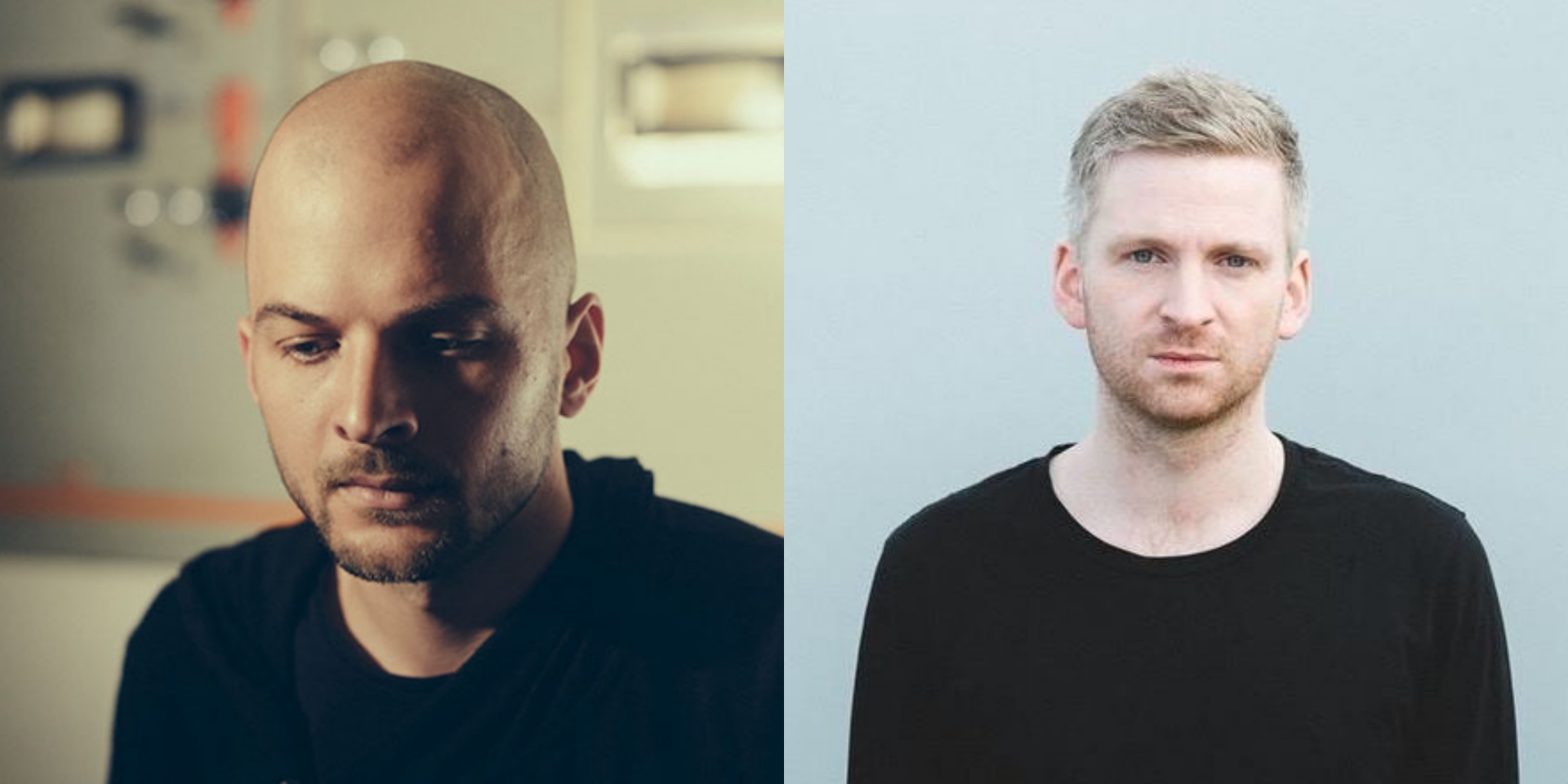 Nils Frahm is an unconventional presence in the genre, known for his eclectic mix of sounds that include the grand piano, upright piano, Rotes piano and drum machine. Having been introduced to music in his childhood, Frahm immersed himself in the styles of classical pianists and music of contemporary composers, amassing a thorough and nuanced knowledge of the genre before forging his own unique path in composition. While his works boast an adventurous concoction of different musical layers, he maintains a delicate sense of control and intimacy that rings through in his craft.

Ólafur Arnalds hails from vastly different beginnings, having been a drummer of metal bands before he dived into the world of classical music. In his hopes to bring his “classical influence to the people who don’t usually listen to this kind of music”, he frequently explores the crossover of classical and pop by mixing chamber strings with electronics. Climbing to global notoriety following his debut, Eulogy for Evolution, he has since gone on to win a BAFTA award, and sold out some of the world’s most renowned music venues, including the Roundhouse and Barbican Hall in London.

Frahm and Arnaulds have covered extensive musical ground together, working on their first collaborative recording, Stare, in 2012, before going on to record Loon and Life Story Love and Glory, in 2015. Their latest project, Collaborative Works, comprises the three aforementioned vinyl EPs and seven songs from their Trance Frendz studio film.