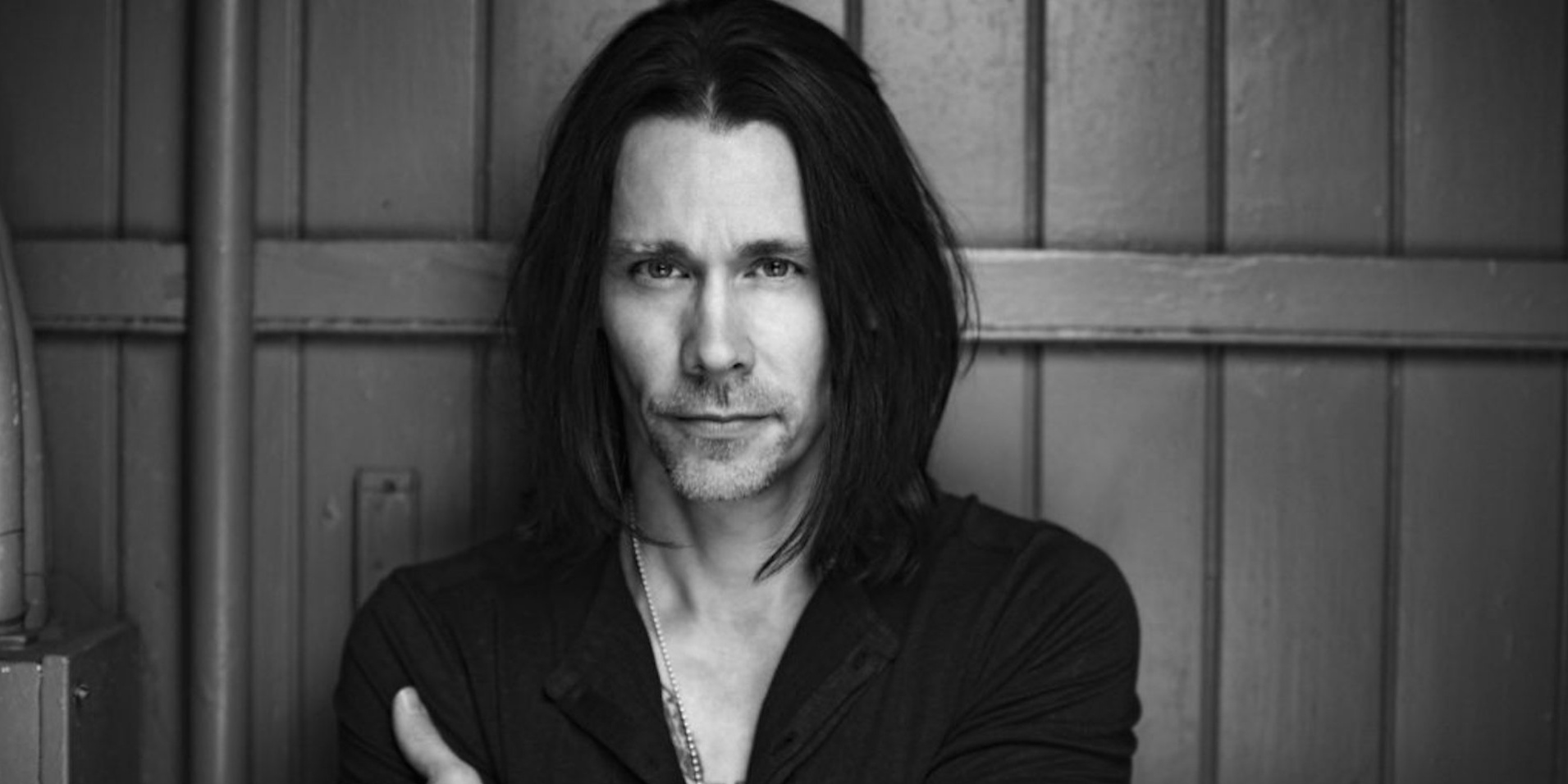 In January 2019, rock fans in Singapore will have a massive cause for celebration. Slash featuring Myles Kennedy and The Conspirators will bless our shores with an exclusive one-night-only performance of unadulterated, show-stopping rock 'n' roll. Rarely does a musician have as talented and as charismatic a backing band as Myles Kennedy and The Conspirators. With that being said, anyone who has a vested interest in rock music should know that Myles Kennedy is one of the greatest to ever do it justice.

Besides being the frontman of Alter Bridge, he's also one of the most renowned vocalists and guitarists in rock history but he has never been widely celebrated as such, making him an unsung hero of sorts. But we thought it fit to honour his legacy.

Check out seven little-known facts about Myles Kennedy below.

The first instrument that Myles learnt to play was the trumpet 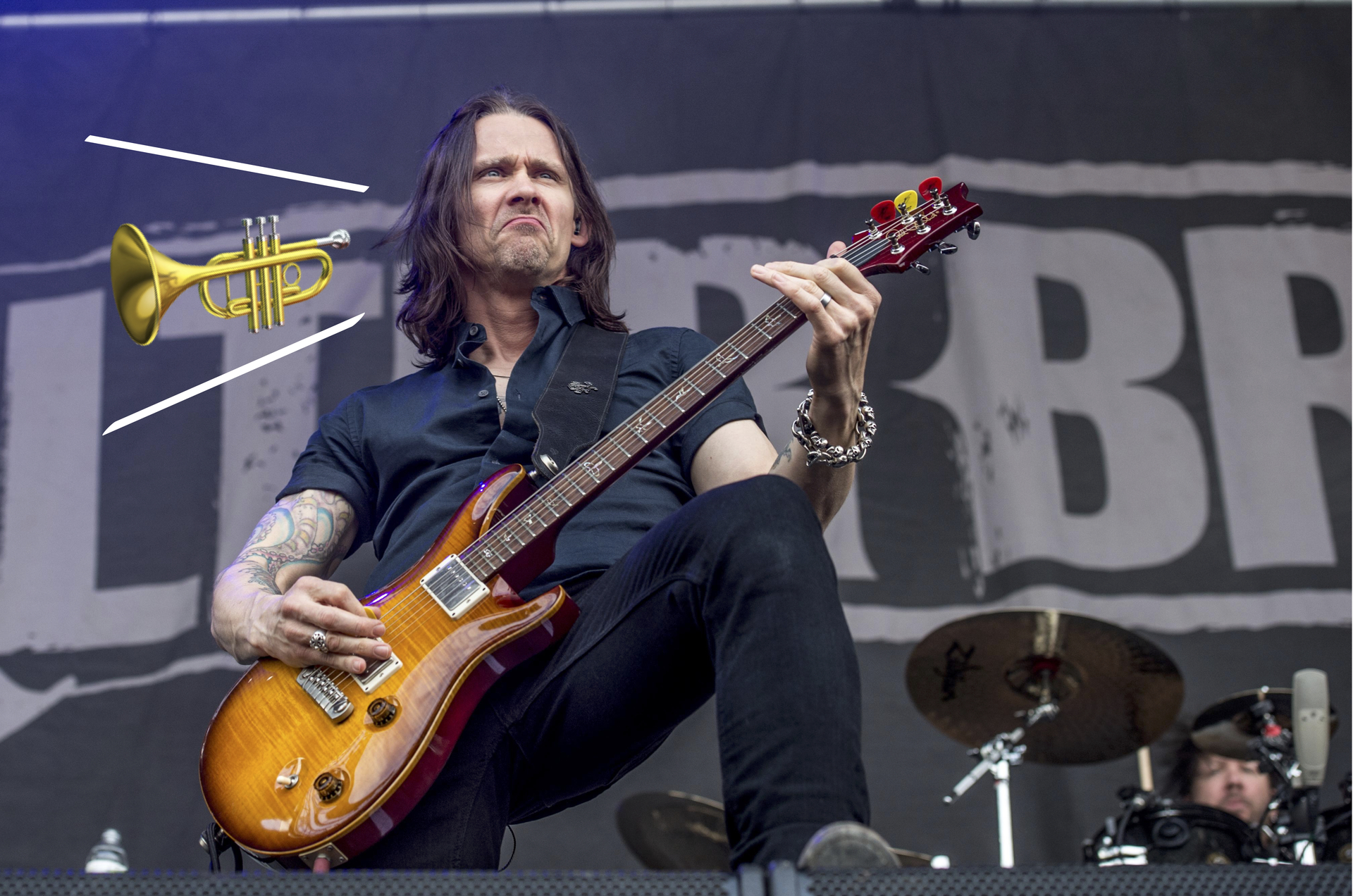 In an interview with Kerrang! last year, he revealed that he had picked up the trumpet at the age of 10 completely by choice: "I remember coming home from school one day when I was about ten years old, and my mother basically announced that the next day the school was going to have opportunities for kids to get involved with the band programme. She said, "I really want you to play an instrument. I want you to pick an instrument, and we're going to rent you an instrument every month so you can learn." And so, for whatever reason, I chose the trumpet".

His career in music began with an instrumental jazz band, Cosmic Dust 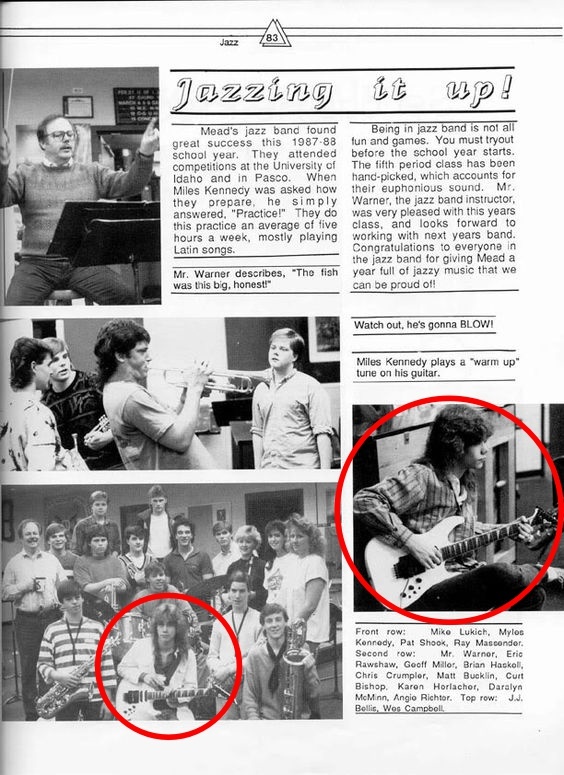 Pictured above is a page from Myles' high school yearbook featuring photographs of a young Myles in action. Cosmic Dust was the first band that Myles joined. He would play guitar and record one album with them before leaving for another jazz-minded band, Citizen Swing, in 1992. For a taste of what pre-rock Myles sounded like, click here.

Myles has appeared on the big screen

In 2001, he appeared in the film Rock Star, which starred Mark Wahlberg. The show was a comedic biopic of a fictitious band and loosely inspired by Judas Priest. Producers needed a singer who could hit high notes and his name came up. Interestingly enough, he was the only actor whose actual singing voice was used for the performance segments.

He was taken under the wing of Ron Anderson, the vocal coach of Axl Rose, Chris Cornell, Ozzy Osbourne, Eddie Vedder, and M Shadows 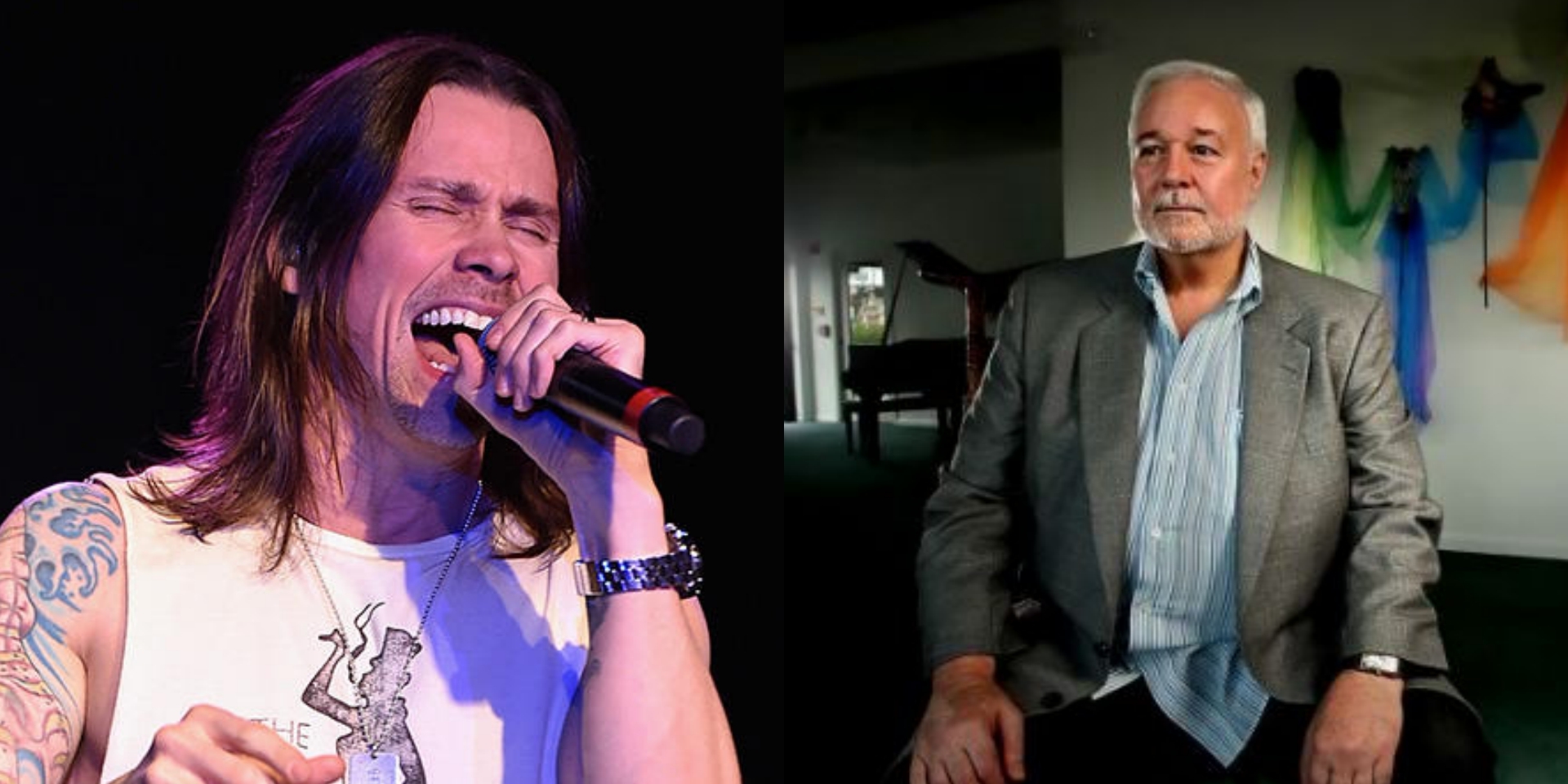 Ron Anderson, known as the "vocal coach to the stars", has been responsible for honing some of the best voices of our time. Myles has been outspoken about his mentor's training on his own singing style and technique. In this clip, Myles swears that Anderson gave him the "keys to the castle" and "unlocked the potential of [his] voice.

He declined an invitation to audition for Velvet Revolver 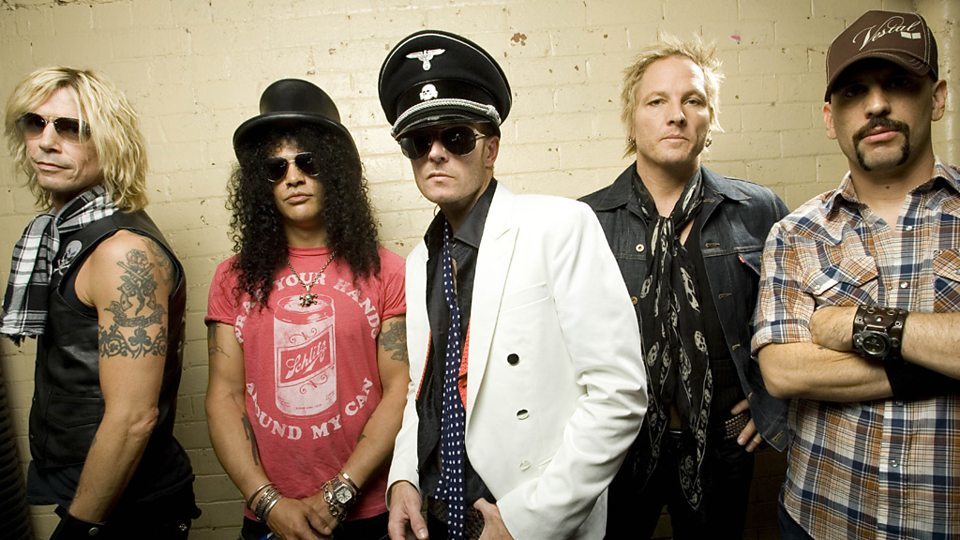 In an August 2018 interview with LoudWire, Slash had this to say about Myles' no-show: "[It] turned out that when I was in Velvet Revolver, Matt Sorum had suggested [Myles Kennedy] at one point to audition, before we started working with Scott. But Myles never showed up. He got cold feet or something at the last minute and nothing ever came out of that."

For years, Myles has been a deeply committed activist for the cause of eliminating the ivory trade. In a statement given to the International Fund for Animal Welfare, Slash and Myles urged the public to stop using ivory in any form. In 2014, he wrote 'Beneath The Savage Sun', a song written from the perspective of an elephant who witnessed the death of a fellow elephant. Check out the song above.

Fellow Alter Bridge member, Mark Tremonti didn’t know how good a guitar player Myles was until AFTER he joined the band 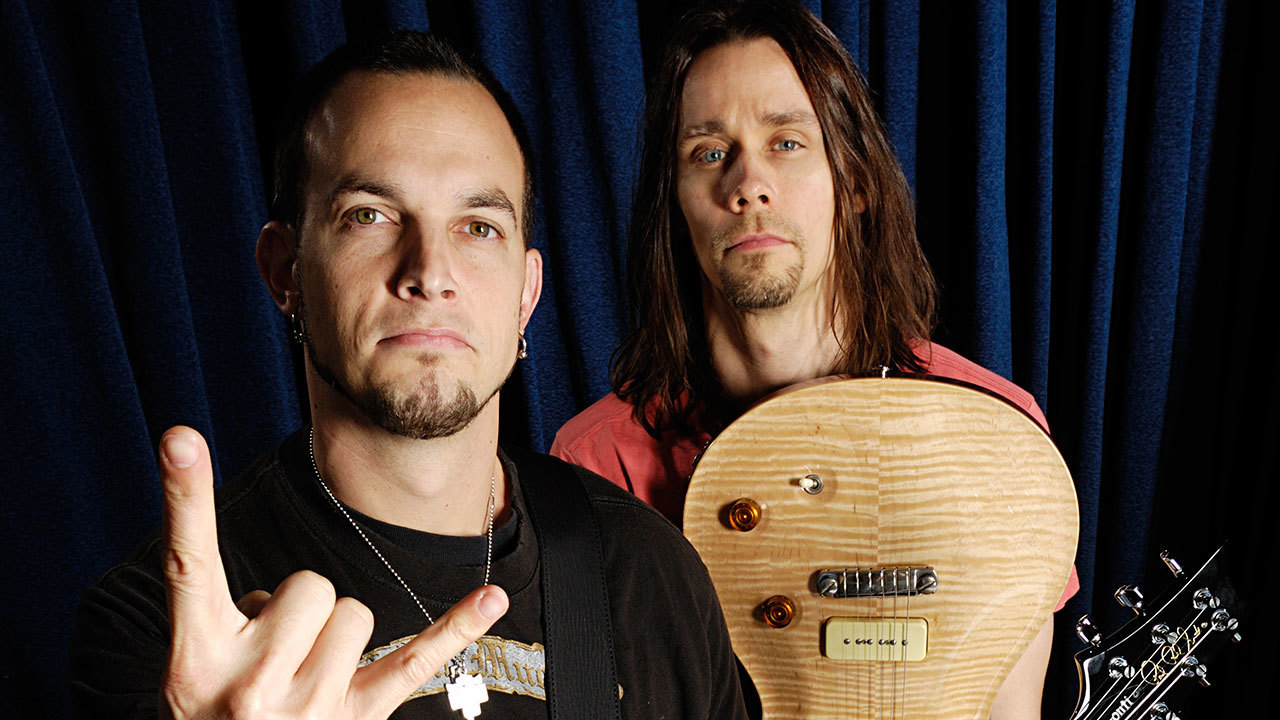 Mark Tremonti told Ultimate Guitar Archive, in 2008, that, he didn't know how good a guitar player Myles was when he was first recruited into the band.  According to him, he learnt of Myles' skills completely by chance: "I remember walking up to my bedroom one night when he was practicing down in the room. The first time I knew he could play 🎸 well was when I was walking by his room and I heard all this jazz going on and I thought it was a CD. And I stepped in and there he was blazing away on just this ridiculous jazzy, jazzy stuff. And he’d kind of hidden it from me because I think he just didn’t want to step on my toes. He knew we had called because of his voice and not because of his guitar playing and then that guitar playing kind of became our secret weapon."

Other Asia tour dates include shows in Thailand, Korea, Japan, and China. 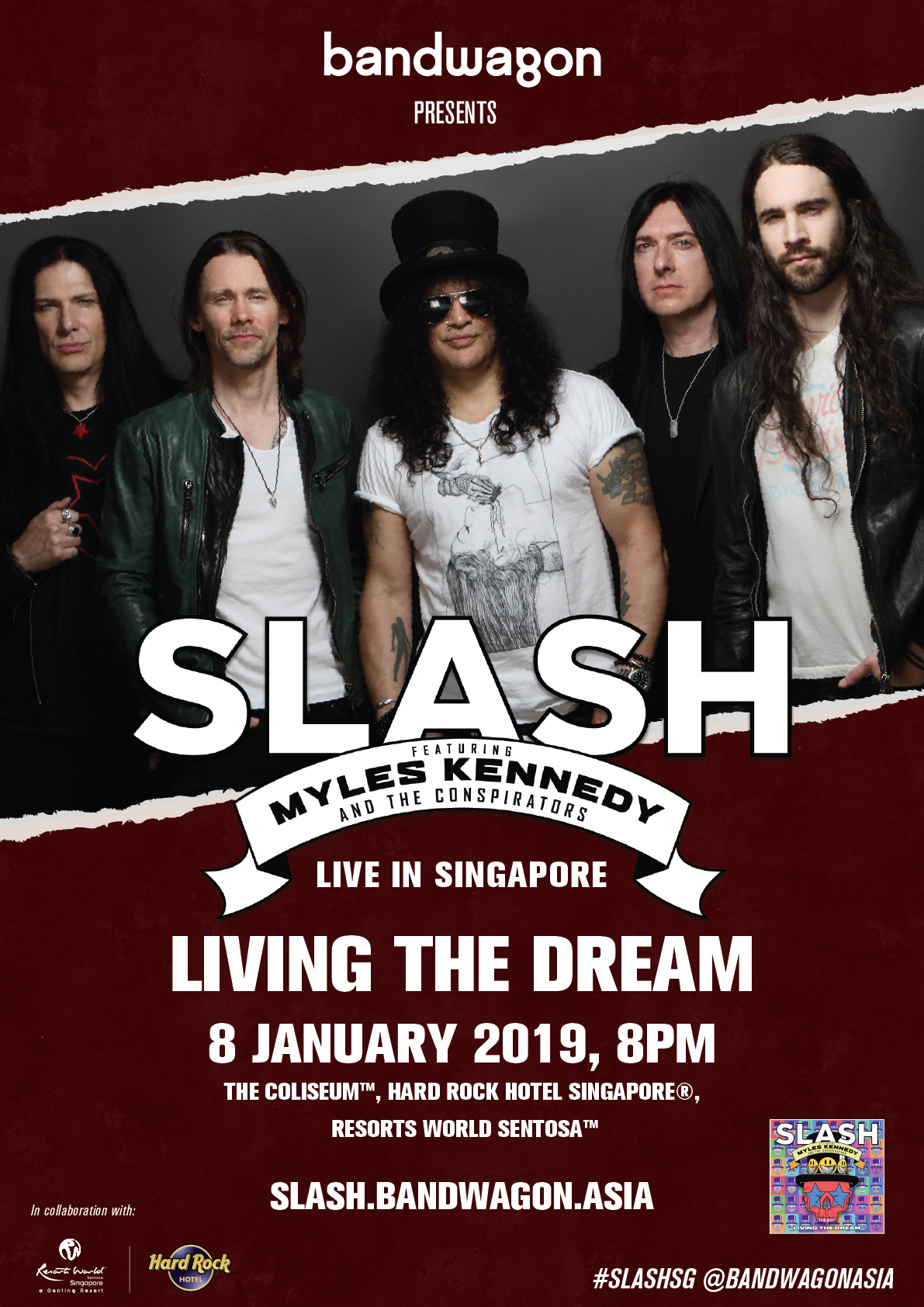