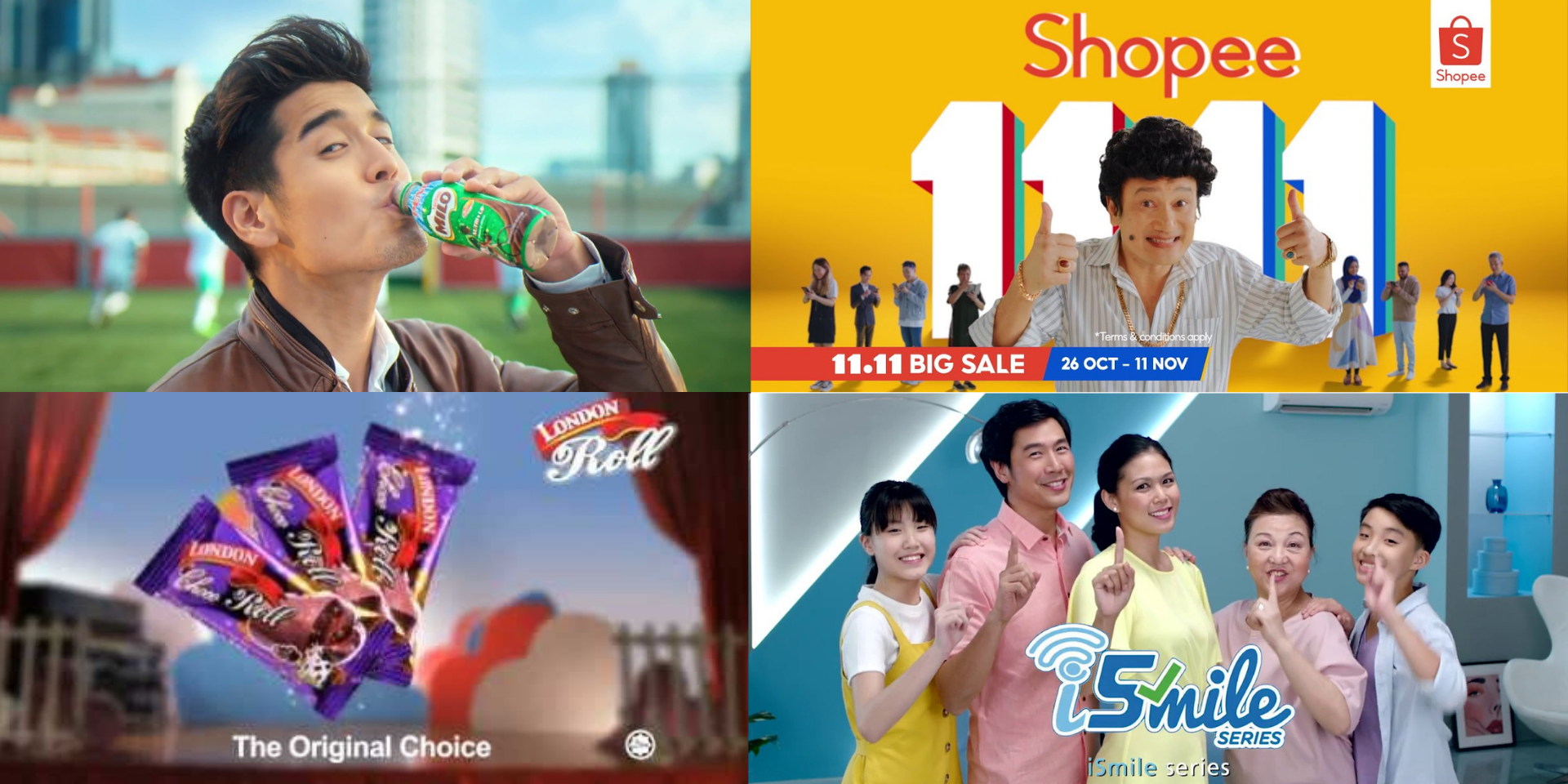 For as long as anyone can remember, ad jingles have been a key element in brand and product marketing – and for good reason. After all, is there a better way to popularize your brand than having an addictive theme song on replay every day? Singapore has seen its fair share of ad jingles that are broadcast on local television channels during every commercial break, and while most of them may come off as a tad bit aggravating, let's admit it: They are extremely catchy.

From tracks performed by local personalities like Phua Chu Kang to nostalgic food commercials, here are Bandwagon's picks for some of the disturbingly good ad jingles we've seen here in Singapore.

The ad promoting Daikin's latest air-conditioner series features a family breaking into song and dance about how amazing their new air-con is. Sung slightly off-tune with lyrics that would make any songwriter cringe, you'll hate yourself for knowing every word after seeing it come on television every day. One thing's for sure – you'll be equipped to promote Daikin's Smile Series after watching multiple showings of this musical ad.

This commercial's two million YouTube views are a testament to the success of advertisement jingles. My question is: Who are these people watching the ad on YouTube, and why? Be entertained by local personality Phua Chu Kang as he traipses around in his signature yellow boots and speaks to the audience in colloquial Singapore English. The addictive beat, Phua's Singlish accent, topped off with his disastrous dance moves make it an ad that will permanently live on in Singaporeans' minds for a long, long time.

Thank you, Nathan Hartono, for making me think of this track whenever I drink my MILO Peng. That being said, his smooth vocals were the saving grace of this jingle. Rocking out on an electric guitar, Hartono makes this track one of the not-so-bad songs on this list. Without concentrating on the lyrics, it actually sounds like a snippet from a song you might hear on the radio.

Here's another tune Singaporeans are all familiar with. Lazada basically repurposes their jingle for each sale they have, which means that while the lyrics may change, we get to enjoy this tune during every Lazada sale – and let's be real, that happens every month. Perhaps it's time for Lazada to release the instrumental version of this song on Spotify.

"I can't forget the taste Subway Chicken Tandoori," croons the singer. "I can't forget the song for Subway Chicken Tandoori", is more like it. Kudos to the people behind this jingle because years later, this song still remains etched in my brain. While the track is sonically criminal, it definitely satisfies every goal that an ad jingle aims to achieve. If you haven't heard or watched it, you just have to take a listen to understand what I'm talking about.

Here's a nostalgic one. For loyal viewers of local television years ago, you'll definitely be familiar with London Choco Roll's commercials. Featuring a slow, dreamy tune with visuals of melted chocolate, it definitely enticed viewers to have a taste of the unbelievably delicious 'choco roll'. The singer's soothing vocals, alongside the ad's nostalgic element, makes the track not as bad as I remembered it to be.

If your name's Harvey and you're ever feeling down in the dumps, here's a song that's sure to lift your spirits. For a jingle composed of only three words – "go", "Harvey", and "Norman", it sure made a lasting impression. Repetitive, loud, and glaringly recognizable, what's not to love about the track?

Don Don Donki's employees – how do you do it? When I say it, I mean listening to this track that plays in all their outlets non-stop, 24/7. This isn't a song from a TV commercial but we couldn't possibly exclude it. The iconic Japanese hypermart's theme song is so upbeat and catchy that everyone who's been to Don Don Donki leaves the store well-acquainted with the jingle.

That sums up Bandwagon's picks of Singapore's disturbingly good ad jingles. Whether you'd like to avoid these songs for as long as possible or add to their growing number of views on YouTube, we'll leave it to you.