The tour was scheduled to kick off next week in the Philippines, before performing a one-night-only show in Singapore. The tour is the latest to be postponed due to the ongoing Wuhan novel coronavirus outbreak.

Formed in 1996, the group, known for hits such as 'Because of You', 'True to Your Heart' and 'My Everything' experienced widespread success before breaking up in 2002. A decade later, the group reformed, and began touring again.

Check out a statement from Big Hit Events below.

Stay tuned to Bandwagon for refunding updates and more. 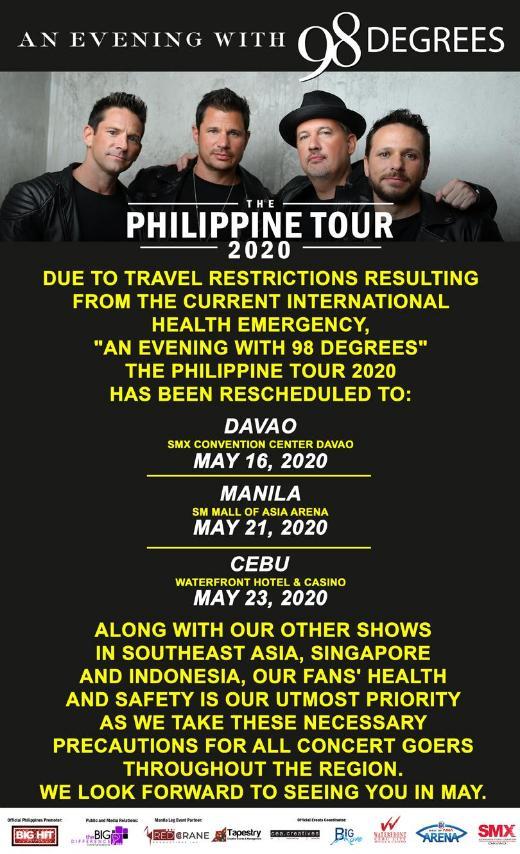