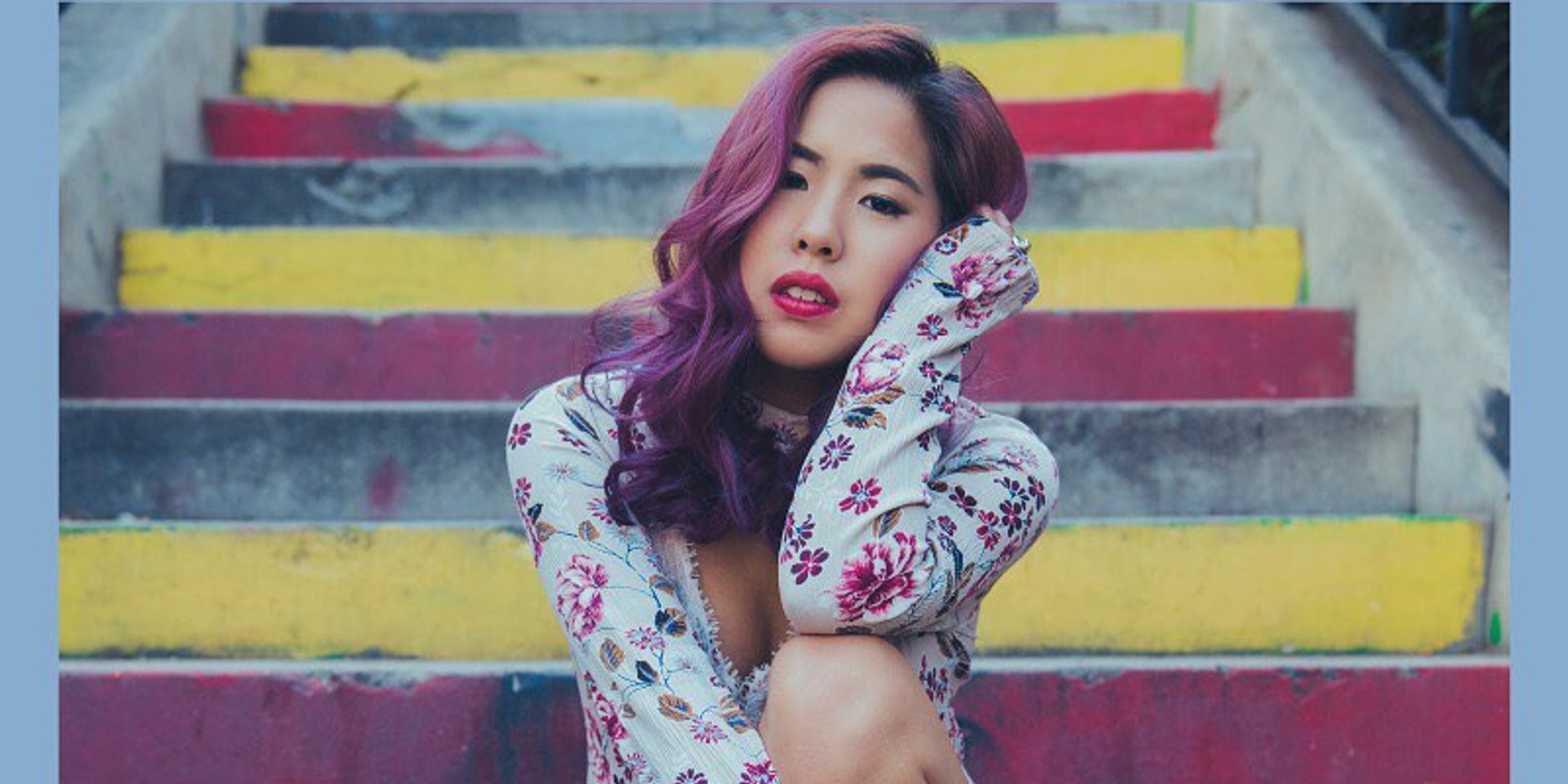 Haneri Milliona – One hundred million. Those are the stakes in the next incarnation of Daphne Khoo’s artistic guise.

After blossoming into public consciousness as an angel-voiced mainstay on the first season of Singapore Idol, the chanteuse relocated to Los Angeles where she found her wings as Haneri and a musical transformation of which her latest single ‘IDWLY’ is the most sophisticated manifestation.

Now based once again in Singapore, she shares with us the finer points behind her journey and the essence of the vibrations she hopes to make in the universe.

How do you feel about the year ahead?

I'm actually very excited because I didn't release anything last year. I had a distribution company that wanted to distribute a particular single at the end of 2018, but I felt that they didn't do a very good job so I got discouraged. I didn't feel ready to re-release anything for a while so I ended up spending a whole year writing - I just wrote some features here and there with some DJs. So 2020 is very exciting because it's the start of the new vision of Haneri which is Milliona.

What does Haneri Milliona represent?

Haneri Milliona means a hundred million in Hawaiian, which is also the Chinese name that my grandfather gave me. I translated it into as many languages as I could, and Hawaiian seemed to be the most beautiful way of expressing it. It was also apt because the number I had in America was a Hawaiian number, so it just felt right. 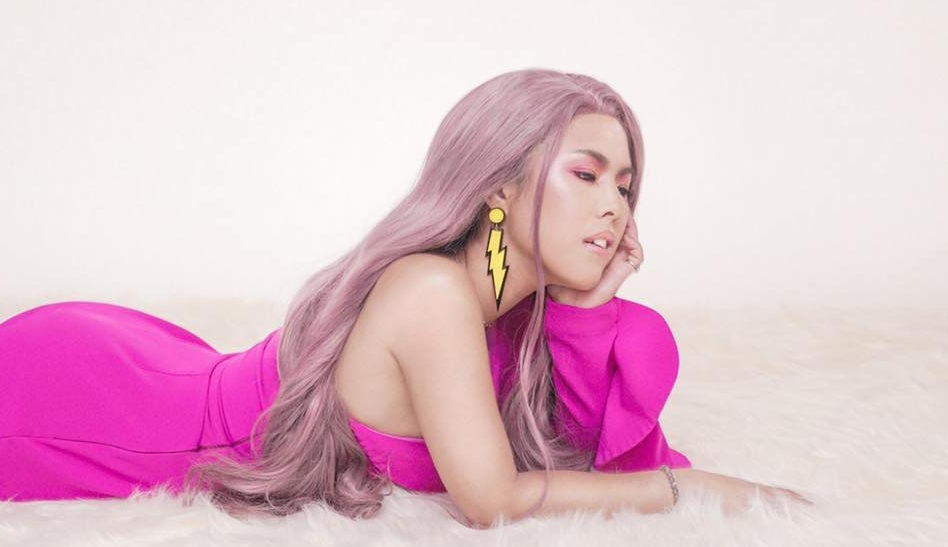 Why rebrand yourself under this new moniker?

When I was Daphne Khoo, my music was very sombre, like a coming-of-age movie. But I'm not a very serious person! I think people thought that I was because my music was so introverted. I didn't mean to present myself that way though - I just had a very hard time expressing myself when I was younger. But music was one way in which I could do that honestly, and to me, back then, playing guitar and singing was the easiest and cheapest way to make music.

I ended up falling in love with production and songwriting, and that's how I came to this new point in my life. I still write a lot on the guitar. That's still my favourite way to write. I feel that songs should be able to be whittled down to guitar vocals.

What changed in between that led you to this point?

I think I just grew up. It's funny, because in my 20s I thought I knew everything but as I grew up, now that I'm older I realise I don't actually know anything. It's quite comforting, actually, to know that no matter how much older you get, you won't know anything. And that's fine, that's okay, because that's what makes every experience a learning experience, makes everything fun.

You have a choice - you can choose to let the circumstances get you down or fixate on the pains of growing up, but you can also just enjoy the whole process. I think Haneri's this side of me that chooses to enjoy it and be happy no matter what.

Is there anything different about your new EP that we may not have seen in your previous singles?

Haneri's production style and music are very, very different. That's also because I produced it with @drewofthedrew, who I went to school in Berklee and Boston with. He's a huge funkhead and I love that type of music, but I've always been more of a pop artist and songwriter myself. The combination of us writing and making music in very different styles together resulted in this whole Milliona vibe that stands out from the rest of my music so far.

Ultimately, what do you hope for people to take away from your new EP?

I really want people to just enjoy it. I think people think too much about - "i need to listen to what's cool, what's on the radio, what my friends are listening to". And I get that radio is the way we consume and learn about new music but times have changed. i just want to make music with stories of my life. if you listen to the lyrics you'd realise it's about difficult times or crossroads that I've come across.

It's very similar to how my music when I was Daphne Khoo, but this time, I'm trying to be positive. It's like, life's going to be hard anyway, so why make it harder? Now, I'm more focused on learning to acknowledge and accept turbulent times, and just try to find small pockets of joy instead of faking a smile through everything. 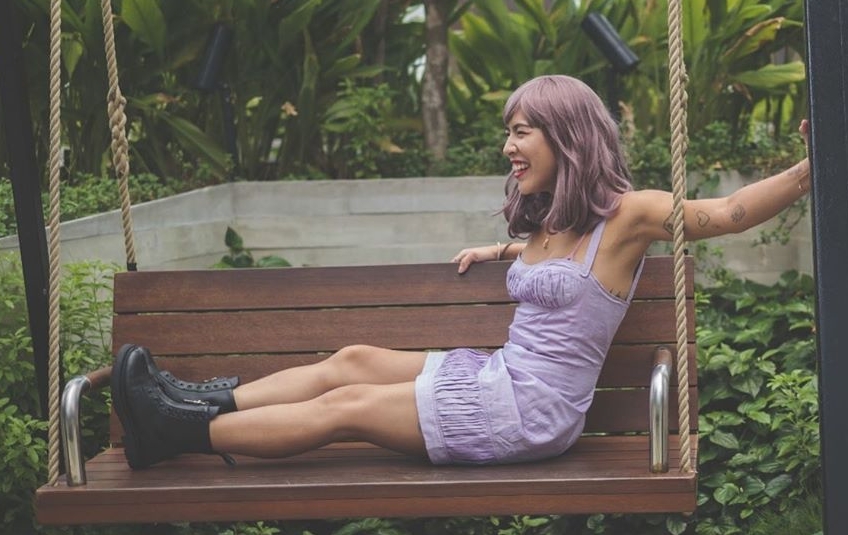 You mentioned that you found it difficult to form genuine, personal connections during your time in LA, yet you prefer to be honest in your songs - did this disjoint make any impact at all on the kind of music you made?

A hundred percent. IDWLY was written right when I got to LA, but the rest were all songs inspired from my time in LA. I still try to be very honest in my songs. All my lyrics come from my own life experiences or someone else's story that they've told me. I feel that all art is just stories, and I like to put my personality and my truth into everything that I write.

Is it scary being this vulnerable in your music?

It's definitely scary, because I want people to like it, but once it's out of you, it's like a good cry. It's cathartic, and after that, you're able to breathe. It feels like you're renewed - all the old feelings are recycled, and a part of me is now out there.

I move on, but I never really let go. I never forget how I feel. There are still big lessons I've learnt that I always remember whenever I sing my songs. It's always nerve-wracking putting it all out there but it's also still a release, so I'm glad for it.

Now that I've moved back to Singapore, I want to get into streaming. I've always wanted to game so I'm trying to be better at gaming. I might do a lifestyle show. I actually did something similar last December, where I wrote an entire show by myself and put it up on Youtube. But as I got busier, my edits got less cool, and eventually I ended up putting the whole project on the back burner altogether.

Musically, the next single comes out next month, and my EP comes out in March, so I'm really looking forward to that.