As the Singapore Grand Prix 2019 race weekend speedily approaches, the excitement in the air is at an all-time high.

This year's entertainment makes a strong case for being the franchise's best, with performances from giants such as Swedish House Mafia, Muse and Red Hot Chili Peppers, among others. To get you ready for the energetic sets this race weekend, we curated a playlist featuring our favourite tracks from each headliner, and a handful of supporting musicians. 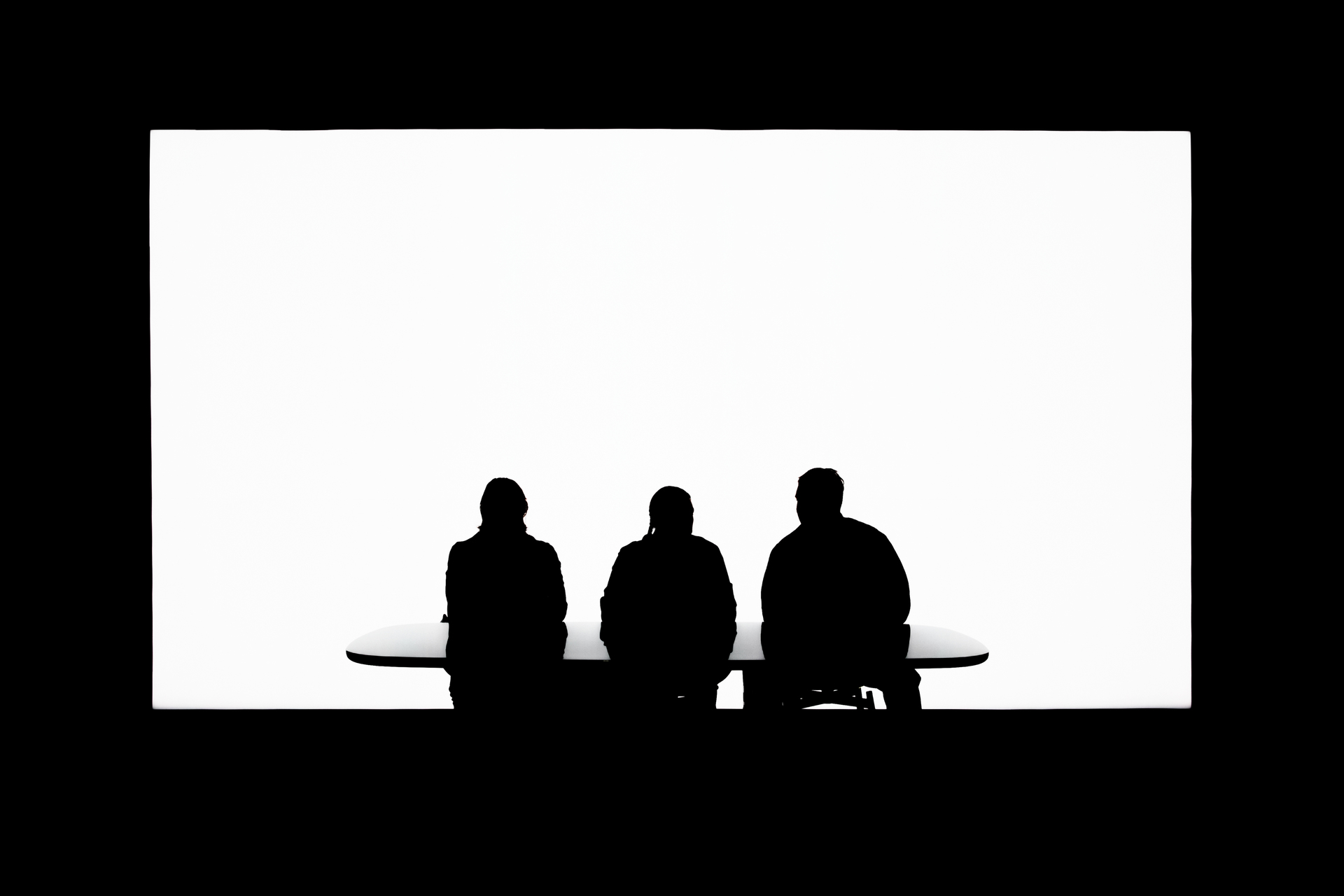 Swedish House Mafia revolutionised dance music when it was formed in 2008, and enjoyed unrivaled heights of fame leading up to its break-up in 2013. After five years away, the trio made its grand return, and will be performing in the Lion City once again after its sold-out show at the Singapore Indoor Stadium in 2013.

Over the course of its record-breaking career, the supergroup has put out hit after hit, but nothing comes close to its five crowning glories: 'Save The World', 'Don't You Worry Child', 'One (Your Name)', 'Greyhound' and 'Antidote'. The trio is expected to perform its greatest hits – as well as new music – during its return to Singapore on Friday, 20 September.

Swedish House Mafia is set to perform at the Padang Stage, Zone 4, on Friday, 20 September from 10:15pm onwards. 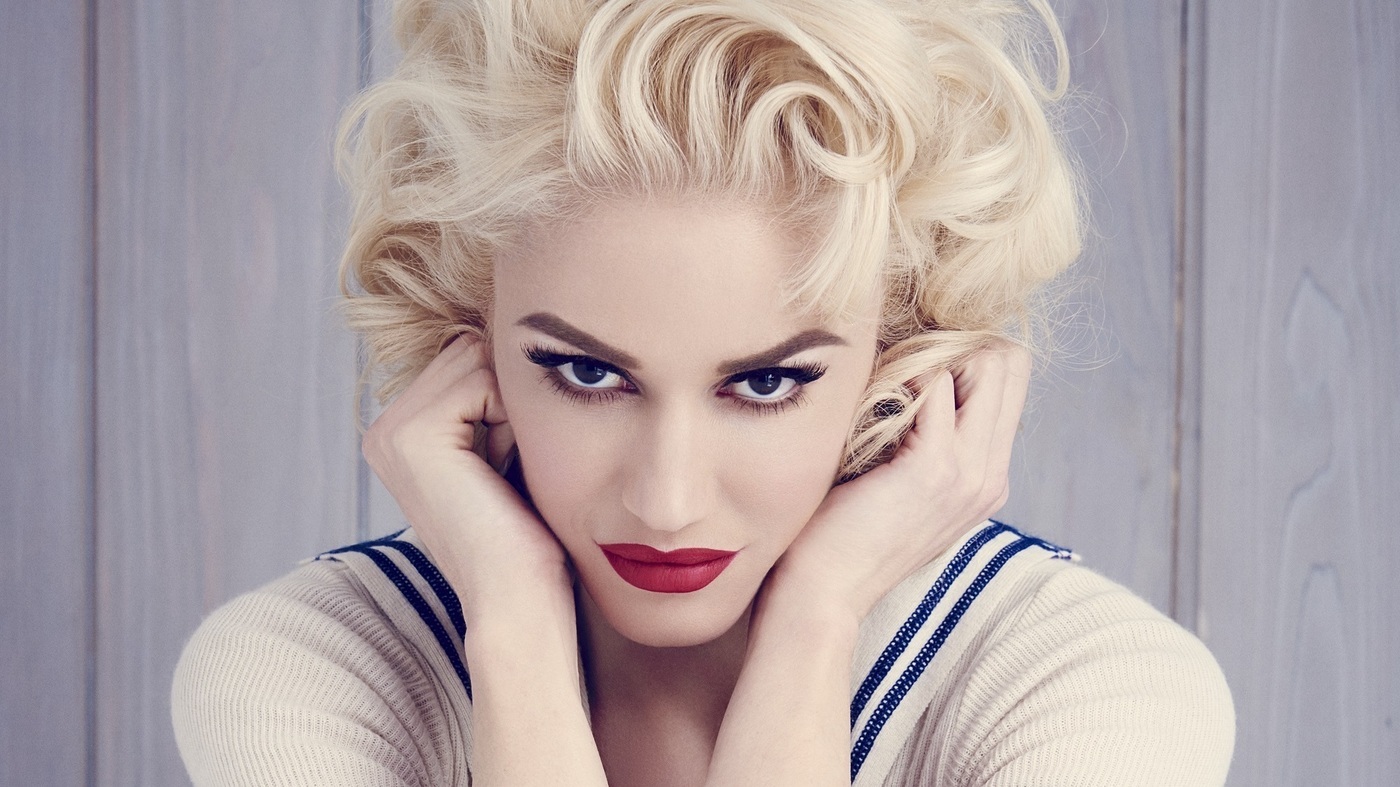 Gwen Stefani is a bona fide icon. From her time as the mesmerising front-woman of No Doubt, to her chart-topping solo career, Stefani has inspired a legion of young musicians.

No Doubt's timeless 'Don't Speak' and 'It's My Life', coupled with Stefani's '00-dominating tracks 'Hollaback Girl', 'The Sweet Escape' and 'Rich Girl' have cemented Stefani as one of our time's greatest performers, and her upcoming performance at the Singapore Grand Prix will further emphasise that.

Gwen Stefani is set to perform at the Padang Stage, Zone 4, on Saturday, 21 September from 7:45pm onwards. 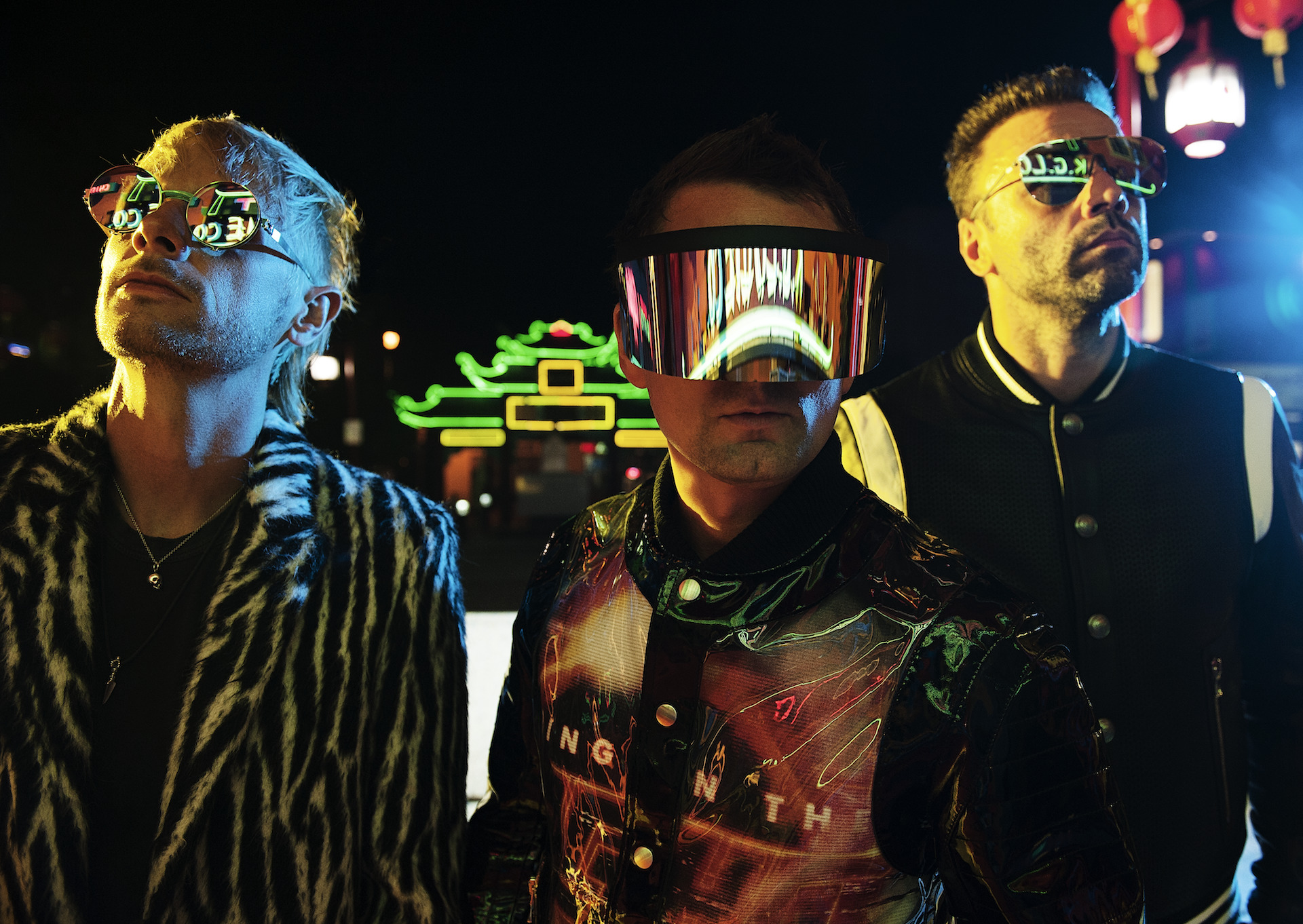 Over the course of its 20-year career, Muse has transformed from a cult-following fan favourite to a bona fide arena-packing headliner. From its back-to-back sold-out shows at Wembley, to penning the theme song for the 2012 Olympics, the trio has etched itself into the bedrock of guitar-driven history.

While the band has a solid discography, fan-favourites 'Hysteria', 'Time Is Running Out', 'Plug In Baby', 'Knights of Cydonia' and 'Stockholm Syndrome' stand out as the band's best releases, and are now staples in the band's extensive setlist. After selling out the Singapore Indoor Stadium in 2015, the band's return to the Lion City for this year's Singapore Grand Prix will give returning – and new – fans a chance to catch the future Rock & Roll Hall of Famers put on a tantalizing performance.

Muse is set to perform at the Padang Stage, Zone 4, on Saturday, 21 September from 10:15pm onwards. 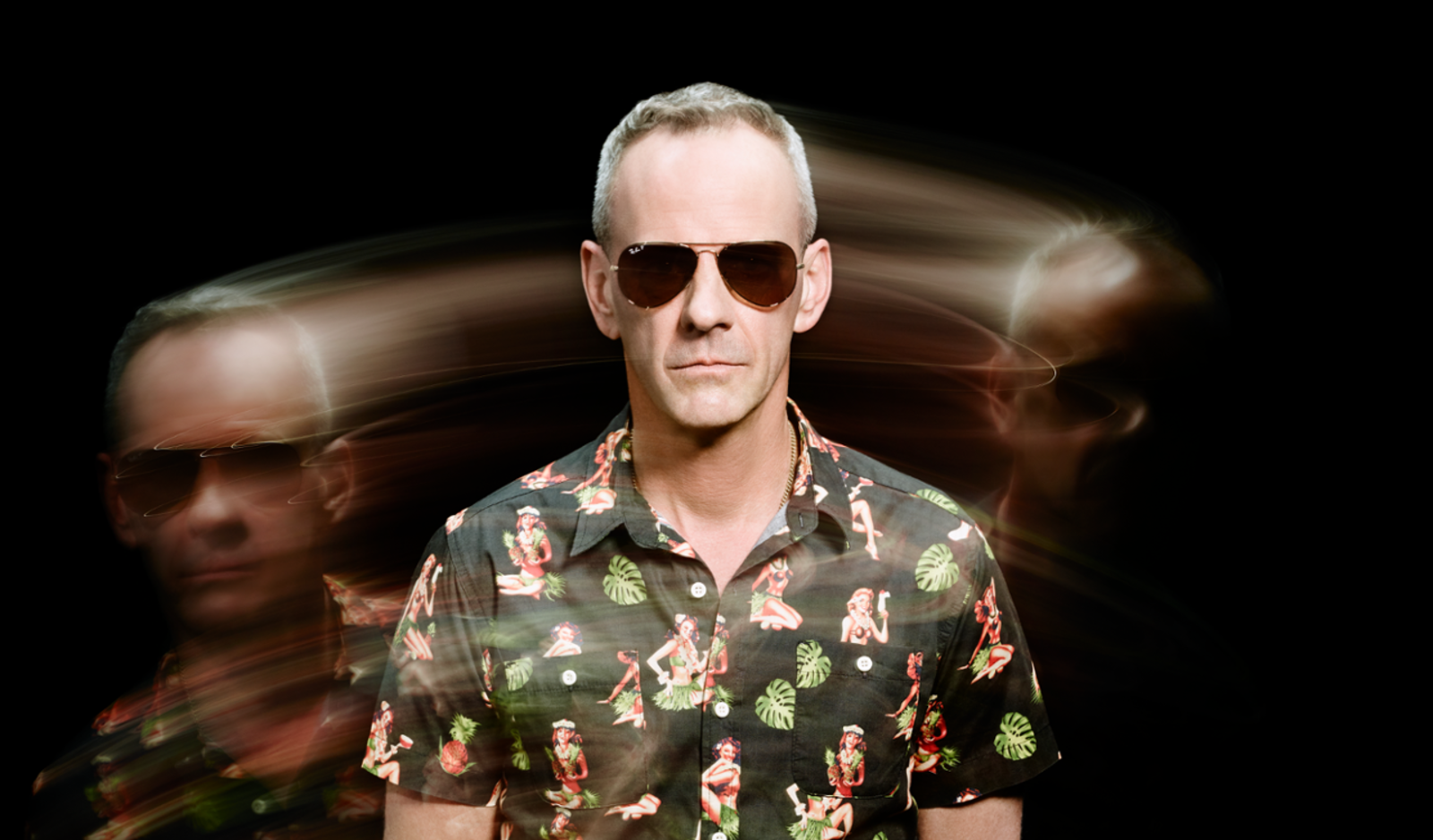 A legend in the dance and electronic music scene, Fatboy Slim has been a true innovator for well over three decades. Pioneering the big beat genre in the '90s, Slim has often been cited as a major influence to today's biggest electronic music stars.

Tracks like 'Praise You', 'Right Here, Right Now' and 'The Rockafeller Skank' have become ingrained into the echelons of pop culture, popping up in movies and soundtracks ever so often, while cult favourites 'Weapon of Choice' and 'Eat, Sleep, Rave, Repeat' have garnered support from all across the globe, including remixes from the likes of Calvin Harris and more. 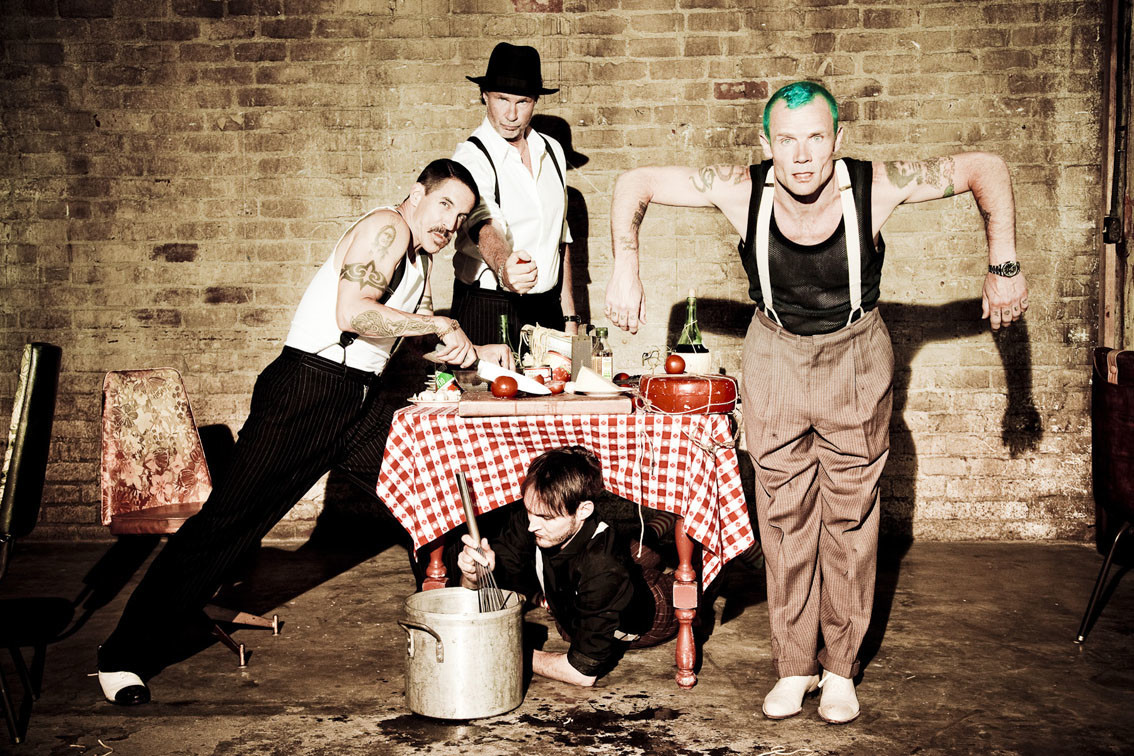 Closing out this year's Singapore Grand Prix is none other than the legendary funk-rock force of reckoning, otherwise known as the Red Hot Chili Peppers (RHCP). Founded in 1983, the band has undeniably earned every right to top any bill it's on.

It's hard to single out the best songs from a discography as established as RHCP's, but if we had to narrow it down to the quartet's five best, we'd have to go with the timeless 'Under The Bridge', 'Californication', 'Snow (Hey Oh)', 'Can't Stop' and 'Give It Away'. Given the band's pension for highly energetic performances, trust us when we say you're not going to want to miss out on RHCP's headlinging performance on Sunday, 22 September. 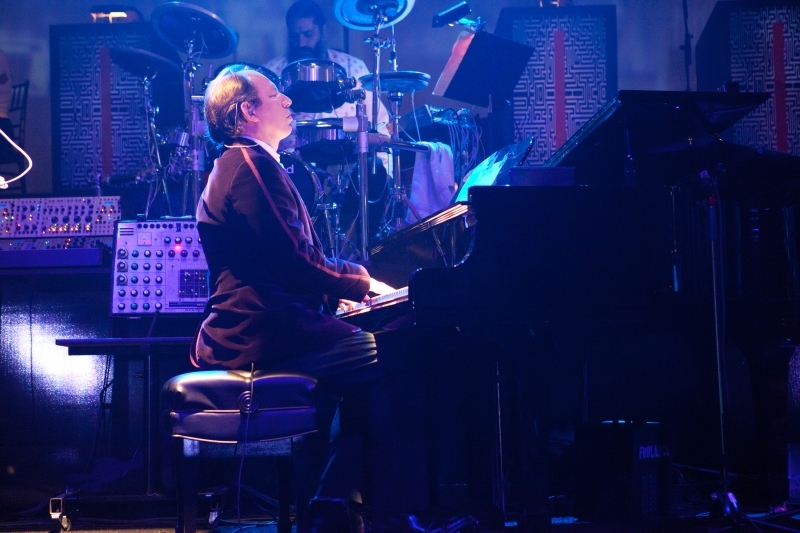 The Singapore Grand Prix will be treated to a rousing concert experience by award-winning composer Hans Zimmer, accompanied by a live symphony orchestra. The acclaimed German musician is known for weaving electronic elements into traditional orchestral arrangements, the unique sounds of which have made him one of the most recognised film score composers to-date.

His impressive discography includes works such as 'Time' from Inception, 'Cornfield Chase' from Interstellar, 'Life's Not Fair' from The Lion King, 'A Dark Knight' from The Dark Knight and 'Now We Are Free' from Gladiator, all of which have garnered millions of plays over the years.

Hans Zimmer will be performing at The Wharf Stage Zone 1, on Sunday, 22 September, 6pm onwards. 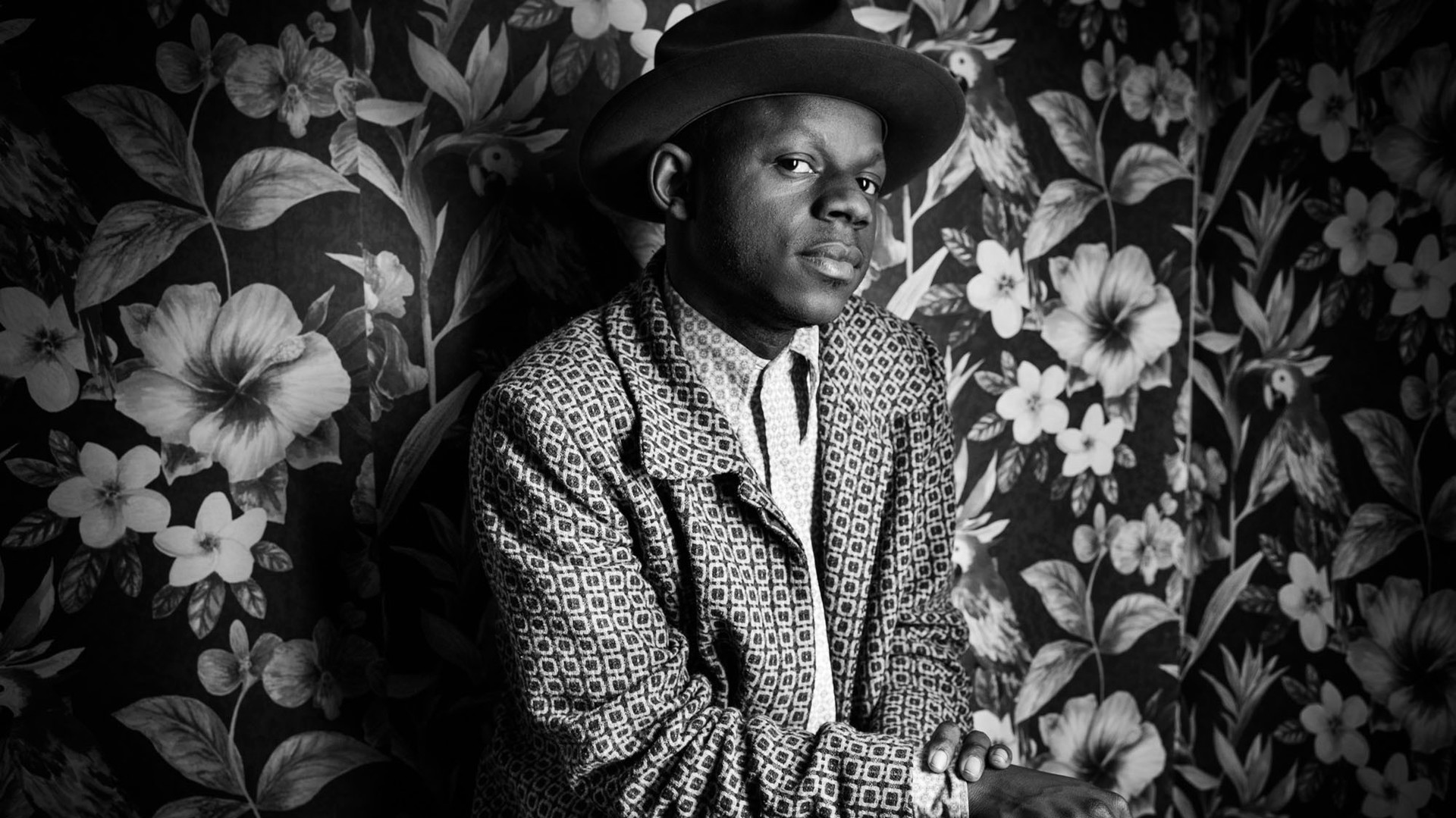 In February 2019, J.S. Ondara unveiled his debut album, Tales Of America. The 11-track record tells of his experiences as an immigrant in the United States; having grown up in Kenya, he moved to Minneapolis in 2013 where he launched his music career.

Highly influenced by Bob Dylan, J.S. Ondara offers up captivating folk-rock tunes centred around acoustic guitars and strong, soulful vocals. To-date, his most popular songs ‘American Dream’ and ‘Saying Goodbye’ totals up to more than 2 million plays on Spotify. His latest single, christened ‘Heart Of Gold’, was released on 30 August.

J.S. Ondara is set to perform at the Sunset Stage, Zone 1, on Friday, 20 September from 7:45pm onwards, and at the Esplande Outdoor Theatre, Zone 4, on Saturday, 21 September from 5:20pm onwards. 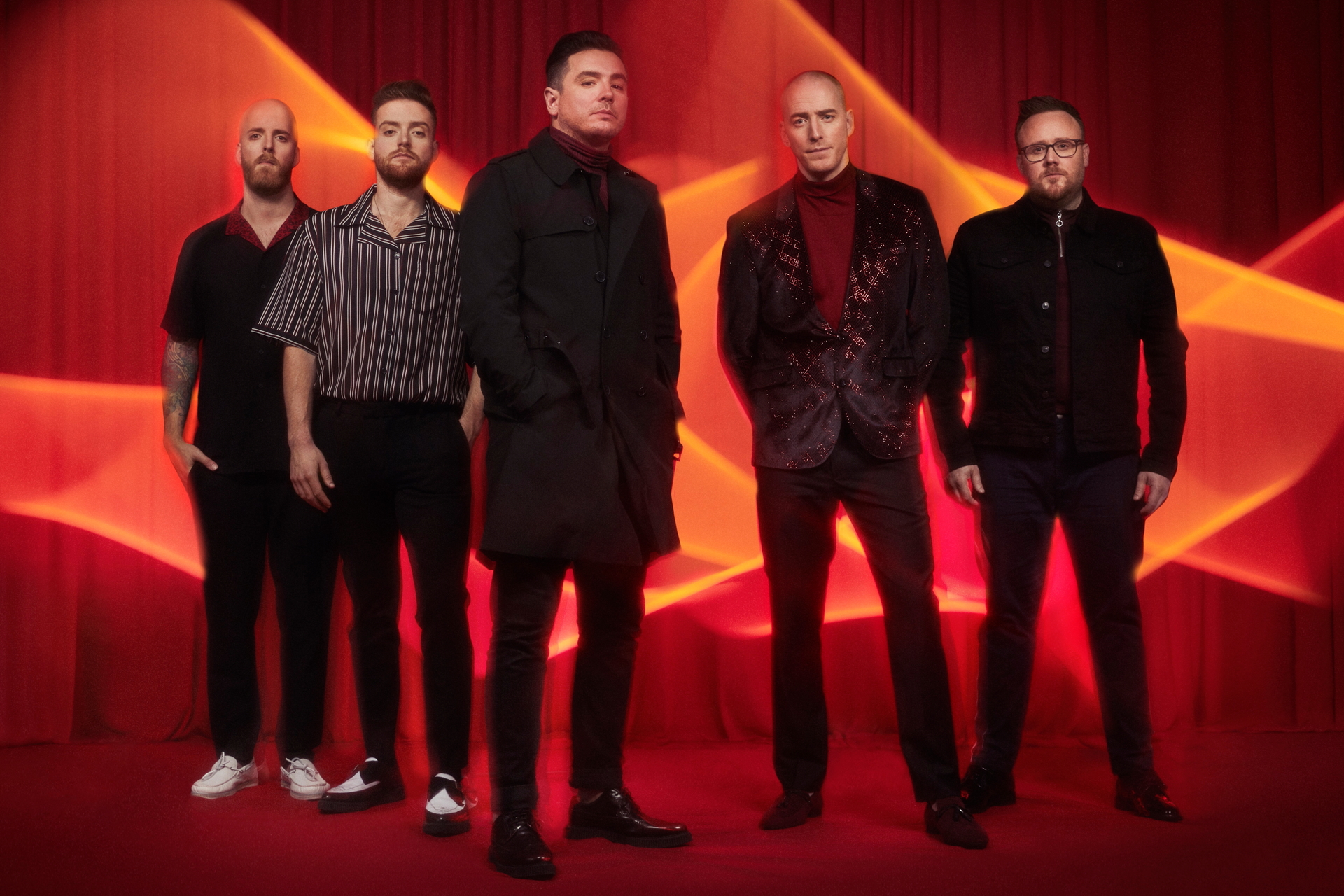 If electronica and rock are two different ends of a spectrum, then The Ramona Flowers are planted right in the middle of the scale. The alternative outfit brings electronica together with anthemic pop melodies and rock’s brooding attitude to create its distinct brand of moody electronic music.

Three albums in, the latest being 2018’s Strangers, The Ramona Flowers have come into their own, especially in terms of its sonics and personality. With tracks such as ‘If You Remember’, 'Strangers' and ‘Out of Focus’, the quintet draws from the sounds of the ‘80s, and delivers them with modern pop-rock executions. 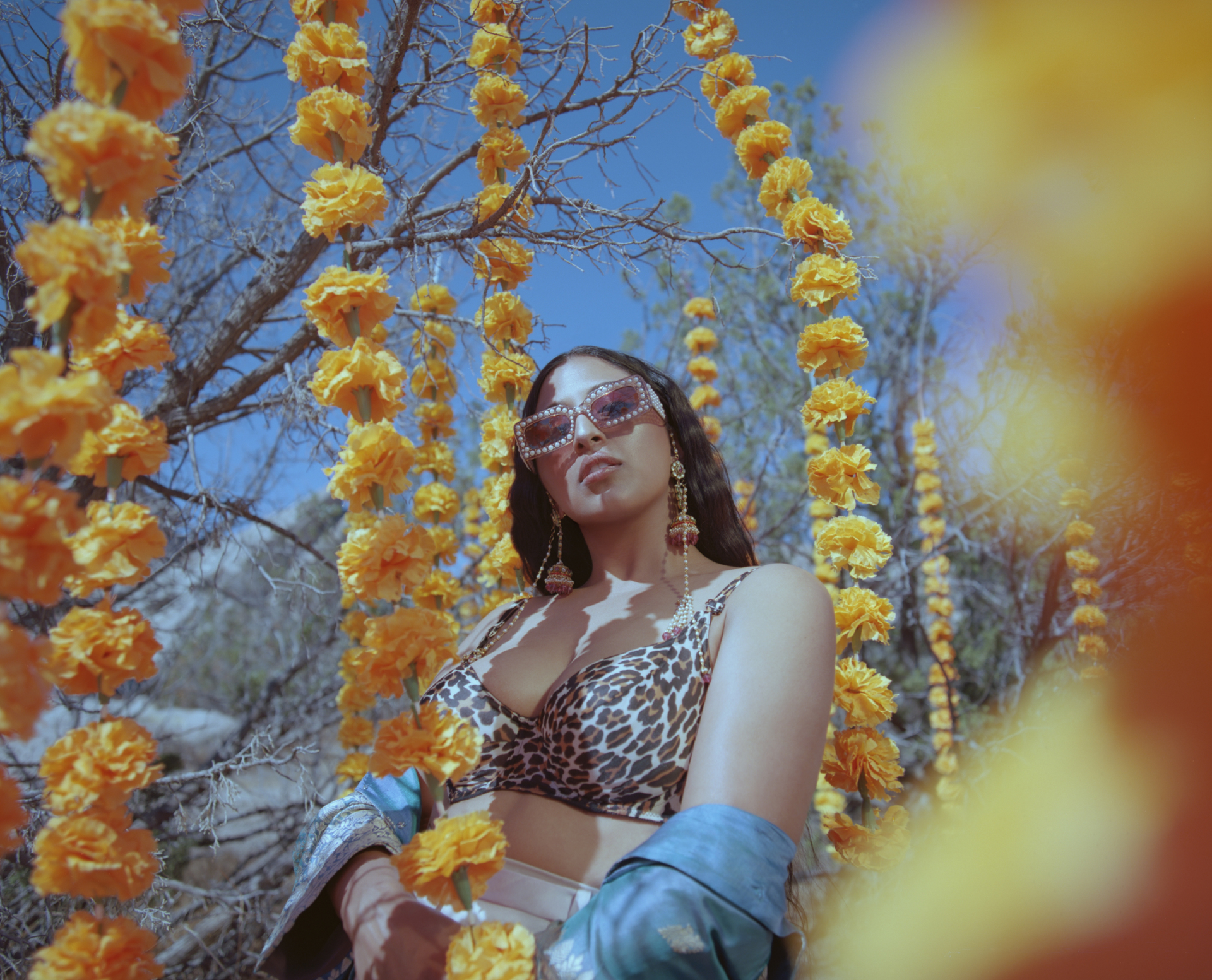 The Raja Kumari story is one of transcendence: After writing songs for a spectrum-defying lineup of artists such as Gwen Stefani, Fall Out Boy, Iggy Azalea and Fifth Harmony, the Indian-American artist decided to blast her own path as a solo artist and share her vision with the world .

Forged in the crucible of hip-hop, her unique sound fuses pop and dance music tropes and seals the mix with a empowering thrust. Even on her debut mixtape Curry Sauce, the sophistication of her recent releases such as ‘The Wakhra Song’, ‘SHOOK’ and ‘I Did It’ can be felt.

Raja Kumari will perform at the Downtown Stage, Zone 4 on Friday, 20 September from 7:30pm onwards, and on Saturday, 21 September at the Sunset Stage, Zone 1 from 8:15pm onwards. 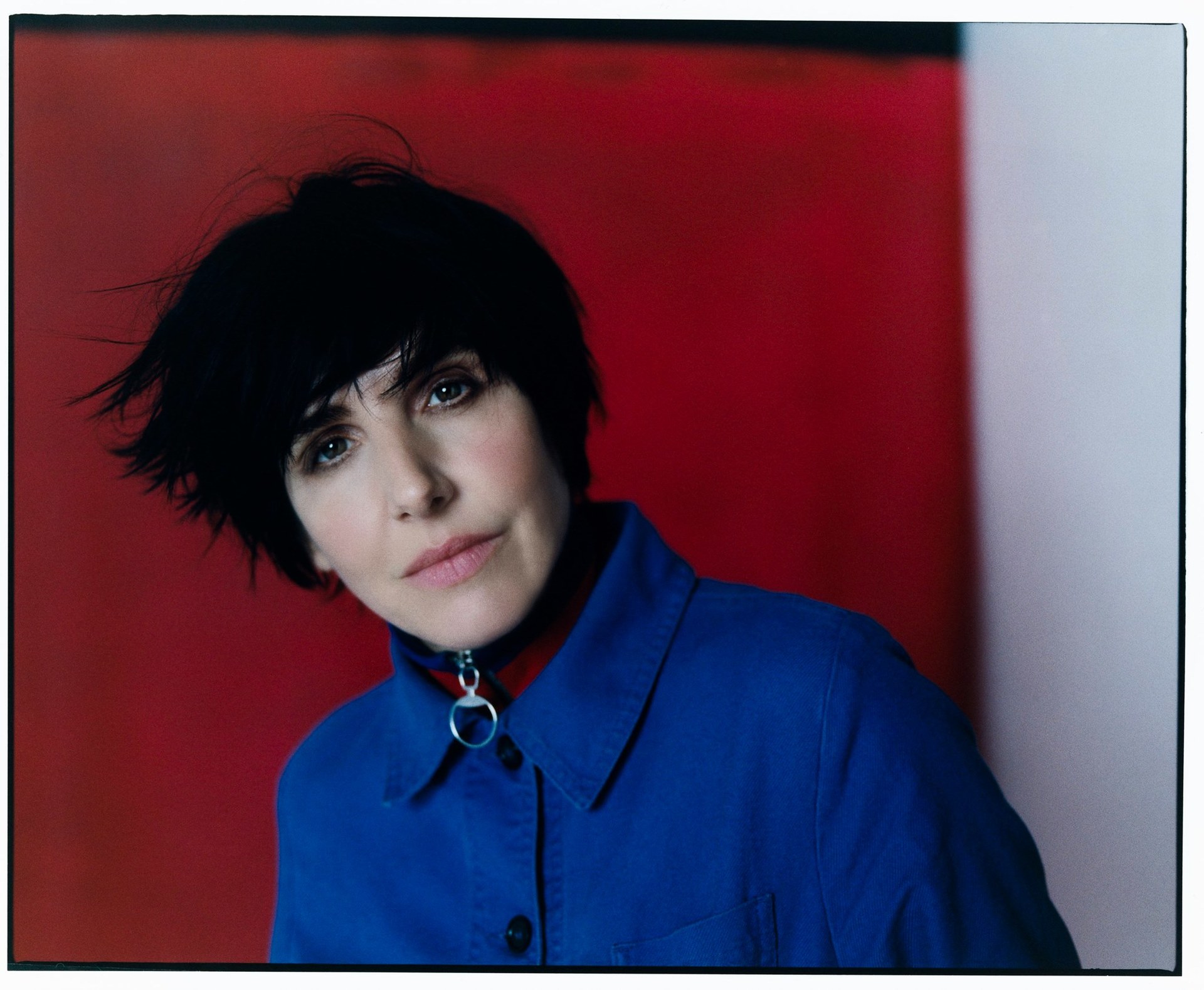 This legendary Scottish band has sold in excess of 40 million records – that means the hits are aplenty. Since its inception in 1986, principal songwriters Sharleen Spiteri and Johnny McElhone have become globally renowned for their pop-accented rock blueprint.

Spiteri’s angel-voiced coo mingles with the band’s hit-making musicality in utterly exquisite ways. Texas’ most beloved songs such as ‘Say What You Want’, ‘Summer Son’ and ‘In Our Lifetime’, which graced the Notting Hill soundtrack, are founts of the band’s unique charms. Hearing these earworms live will be a glorious blast from the past.

Texas is set to perform at the Sunset Stage, Zone 1, on Sunday, 22 September from 6:55pm onwards.

The 2019 Singapore Grand Prix is set to take place from Friday, 20 September till Sunday, 22 September. Get your tickets, starting from S$98, here.

In the meantime, check out our playlist featuring the best songs from the above-mentioned performers and headliners below.