Presented by the Singapore Symphony Orchestra

Nothing inspires more awe in the human mind than the cosmic wonders of space. The fascination with celestial bodies dates back thousands of years, with great ancient civilisations assigning specialised professionals to study the skies and beyond. Today, we are undeniably still as curious when it comes to stellar occurrences, and that's why the Singapore Symphony Orchestra (SSO) is bringing you a film-music experience that you cannot miss.

Moonrise And Aurora, part of the Red Balloon Series, is an awe-inspiring cosmic film-music experience focusing on the moon and the northern lights. Nature and the universe will be explored from an audio-visual perspective, with the screening of two films – José Salgado's Moonrise (2011) and Aurora Triptych (2017) – accompanied by live film scores. Ahead of the multi-sensorial experience on Friday, 30 August, we explore five reasons why you should not miss Moonrise And Aurora. 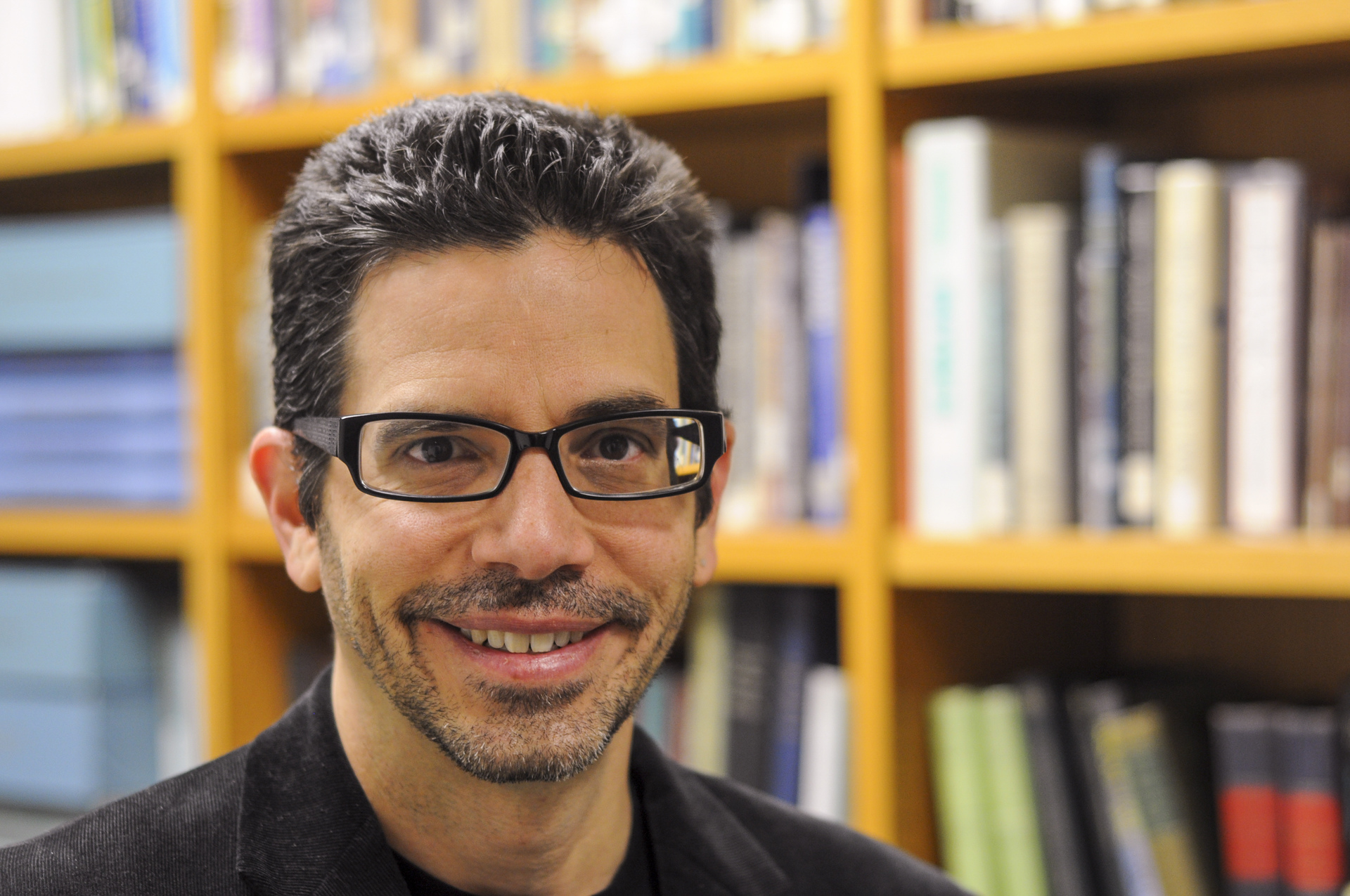 Moonrise And Aurora will be presented by José Salgado, the creator of Moonrise and Aurora Triptych. Salgado is an astronomer, experimental photographer, science educator and visual artist well-known for his Science and Symphony films, which Moonrise and Aurora Triptych are a part of. The Science and Symphony films have been presented in more than 200 concerts and 150 lectures reaching a combined audience of more than 400,000 people in 18 countries. This gives attendees a chance to hear from the man himself about the making of the films as well as the experiences he had while putting the films together. 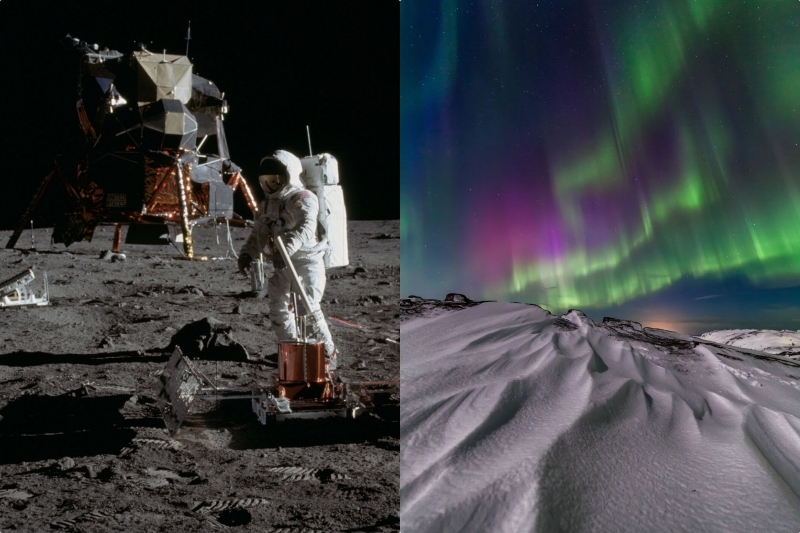 Commander Neil Armstrong and lunar module pilot Buzz Aldrin accomplished the impossible when they set foot on the moon during the Apollo 11 Moon Landing on 20 July 1969, being the first two people to ever walk the lunar plane. 2019 marks the 50th year since the moon landing, and it is only fitting that Salgado's Moonrise be the film to commemorate it, as it explores the wonders of Earth's only permanent natural satellite.

Moonrise And Aurora also celebrates the wonders of the Aurora Borealis, more commonly known as the northern lights. Aurora Triptych is another one of Salgado's marvellous works, which illustrates the colourful magnificence that is brought about by disturbances in the magnetosphere caused by solar wind. Some may not have had the chance yet to witness the spectacle of the northern lights for themselves, hence this programme might be the closest one can get to the phenomenon. 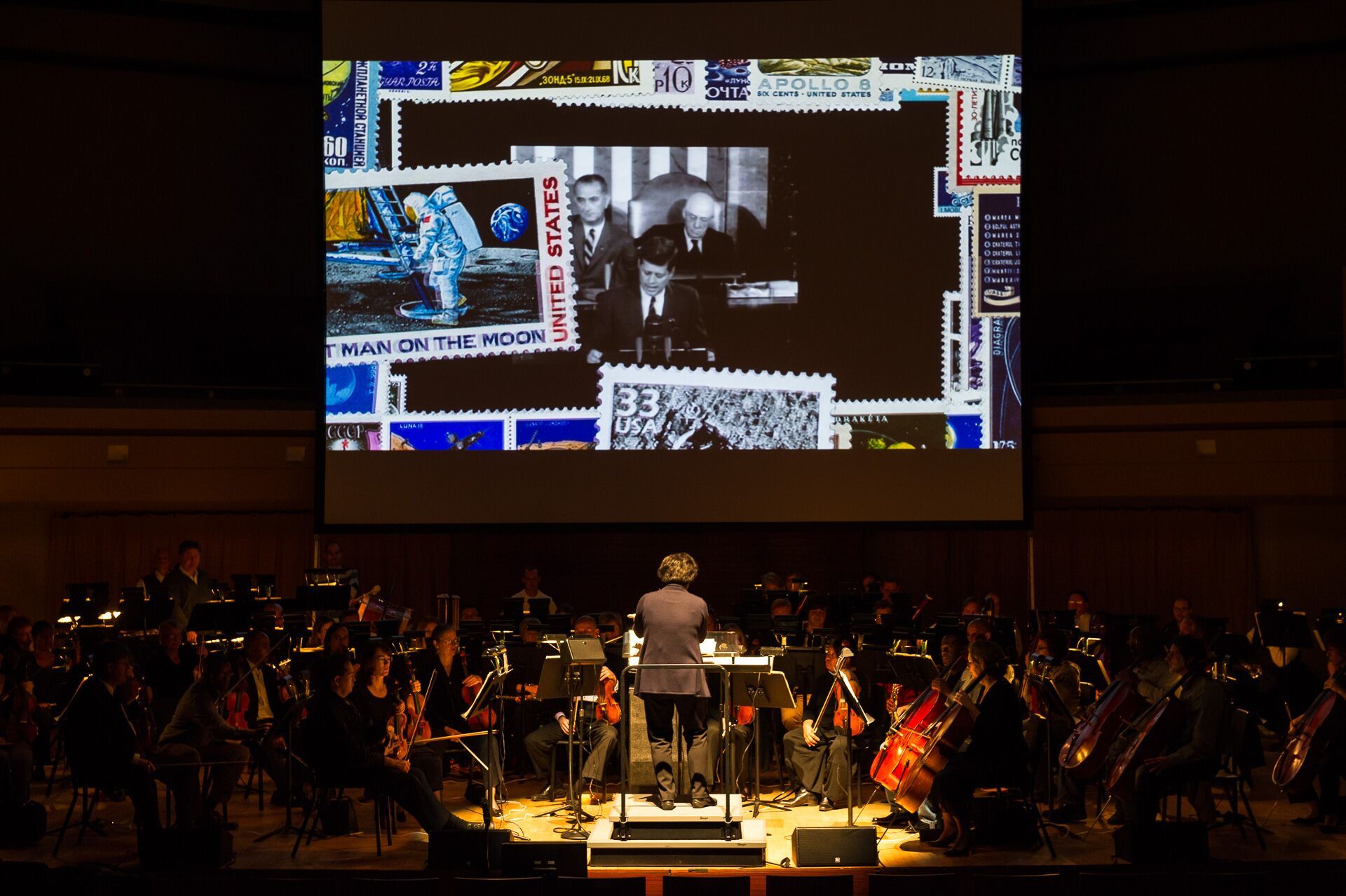 The highly-acclaimed astronomy films will be screened alongside live music played by the SSO under the baton of Robin Fountain. As Salgado's wondrous visuals meet the sublime melodies of the SSO, attendees can expect to be transported into an environment like no other. Just like the popular live performances of the Star Wars or Lord of the Rings scores, an engaging film experience is to be expected – with the only difference being that Moonrise and Aurora Triptych are non-fiction films, hence heightening the realism of this concert.

This arrangement allows the audience to be fully involved with the films – the audio aspect of a movie is arguably as important as its visuals. Such was the case with the 2014 Christopher Nolan film, Interstellar, and its critically-acclaimed soundtrack by Hans Zimmer: Without the epic score, the film will be made up of confusing footage of astronauts in space that makes little sense.

A film's music can be said to be its soul, while its cinematography and visuals compose the physical body. Being able to experience the live performances of a film's score while watching said film will add a completely different dimension to the experience. Moonrise And Aurora aims to redefine what it means to watch films with its live music performance, connecting the attendees to the films not only by the action of watching the movies, but also by hearing them in real time.

Seamless combination of science and symphony 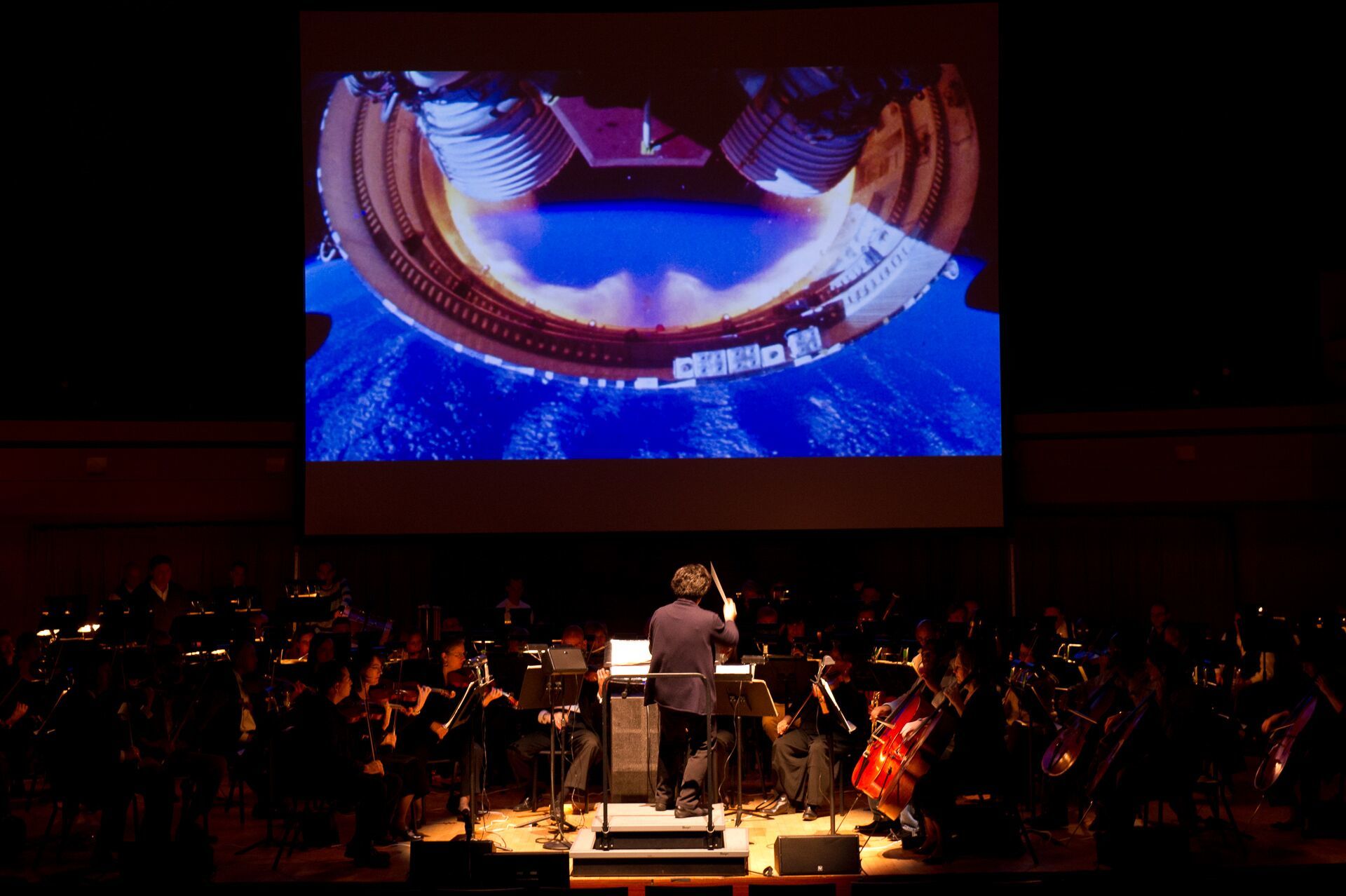 Playing to one of Salgado's many strengths and abilities, Moonrise And Aurora seamlessly combines science and symphony into a single entity. There are some who perceive science as a subject of mundanity and boredom, and music as a subject of entertainment and enjoyment. This programme negates that notion and further broadens the horizons of attendees by blending the two different worlds into one full-bodied, larger-than-life experience. 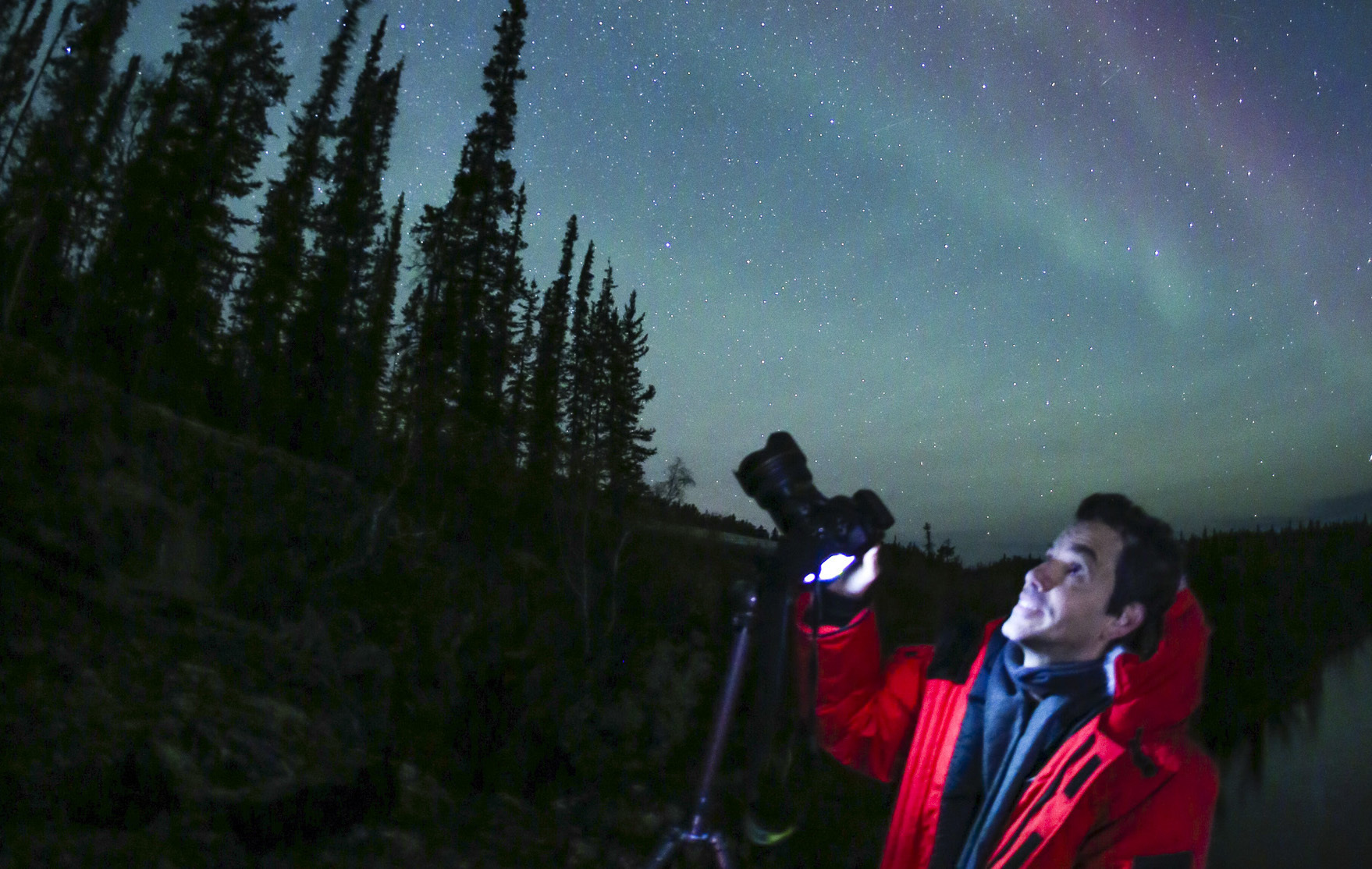 One of the SSO 2019/20 Concert Season's themes is that of Nature and the Universe. As with other performances this season, Moonrise And Aurora poses a question that is equal parts daunting and fascinating – ‘What is our place in the world?’. The programme mirrors the larger unknown of nature and space, presenting the unlimited possibilities of our world to attendees.

Contemporary concerns, such as Singapore’s debate on the meaning of the bicentennial, our national identity, and climate change, are the themes of this concert season. This programme draws from such notions to encourage attendees to think about who they are – as people, as communities, and as global citizens – to the awe-inspiring backdrop of the moon and the Aurora Borealis.

The Singapore Symphony Orchestra's Red Balloon Series: Moonrise And Aurora will be happening on Friday, 30 August, 7:30pm, at the Esplanade Concert Hall. Click here for more information, and here to purchase tickets. 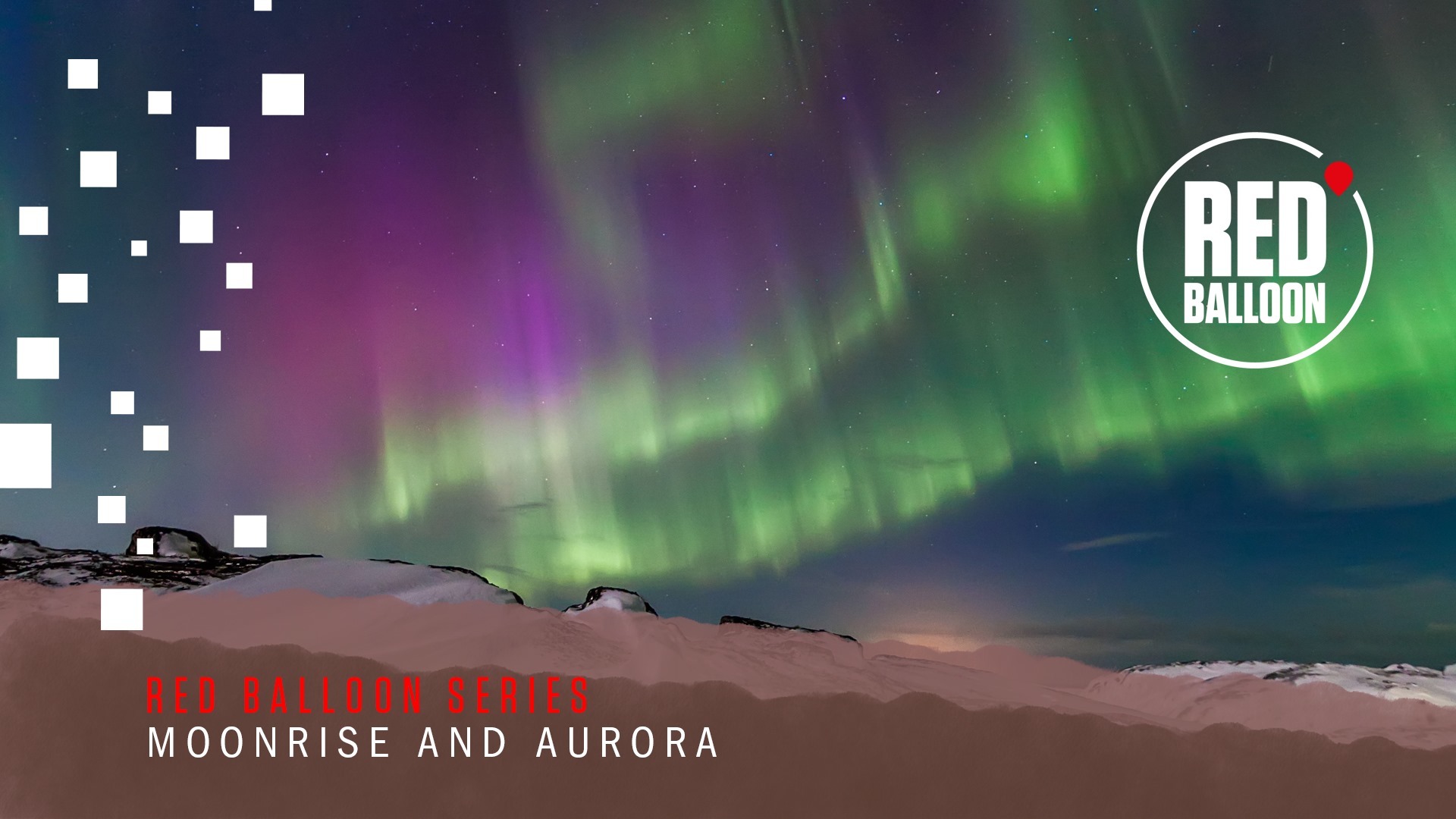