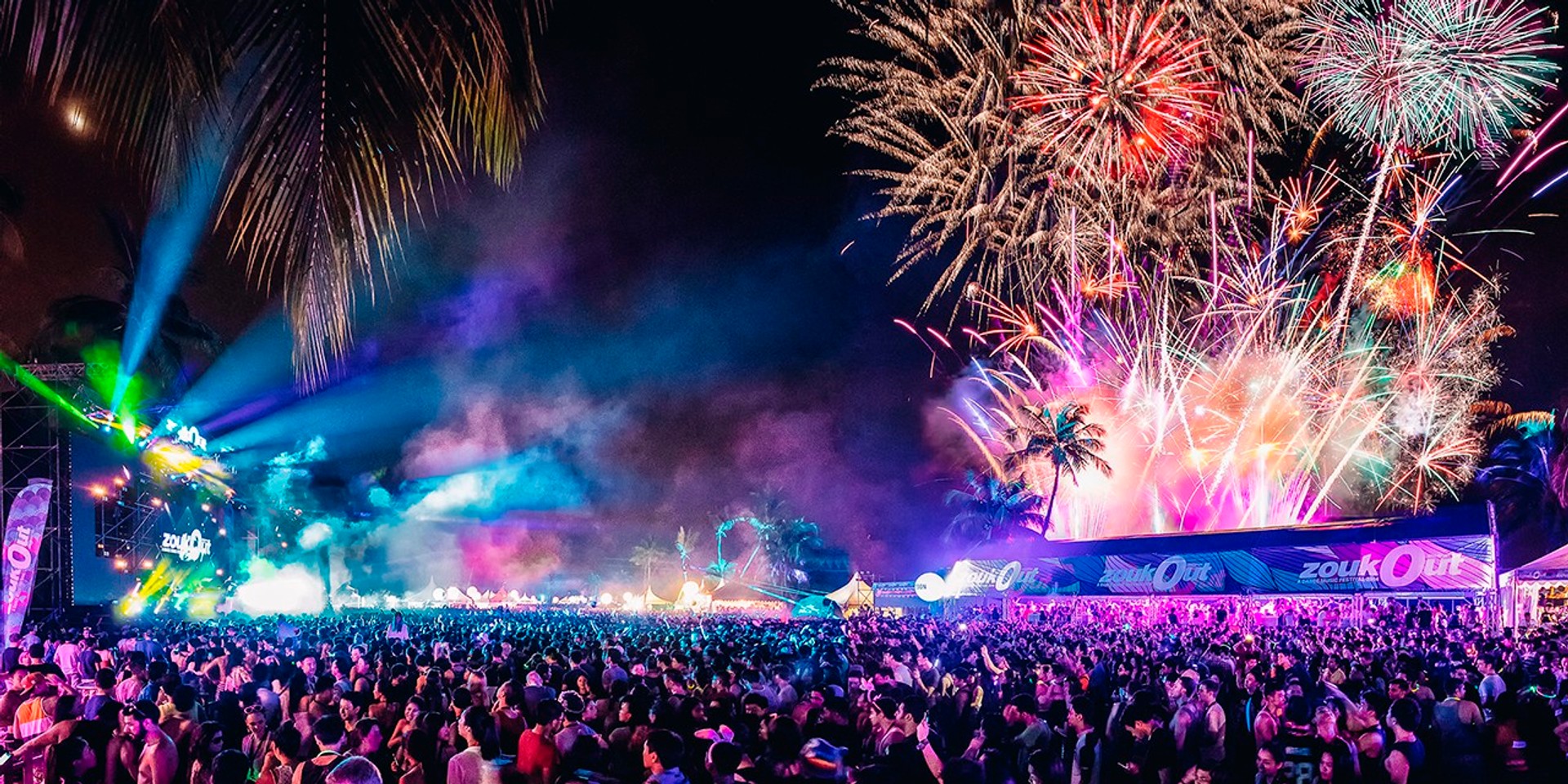 Every December, party-goers from all over the world flock to Singapore for ZoukOut, one of the biggest dance music festivals in all of Asia. It is the only dusk till dawn beach party in Singapore and boasts a stellar line-up every year since its inception in 2000.

Often touted as one of the greatest beach festivals in the world, ZoukOut is set to take place at Siloso Beach in Sentosa. The sultry sea breeze ensures party-goers don't have to deal with the humidity and heat that one would usually associate with festivals. ZoukOut is also known for having one of the most vast ranges of food and drink choices that you could possibly find at a music festival, let alone one by the beach.

This year's festival is guaranteed to be a cut above the rest with exclusive DJs, a stellar line-up and an astonishing spread of food options to curb your hunger in the festival grounds.

Check out our guide on what to expect at ZoukOut 2017.

This year, ZoukOut once again proves why it is leaps and bounds ahead of the rest of the EDM festivals in the region, by bringing in a handful of DJs exclusively for a set at ZoukOut, including gargantuan names such as Axwell Λ Ingrosso, Yellow Claw and MaRLo. We breakdown the three acts below. 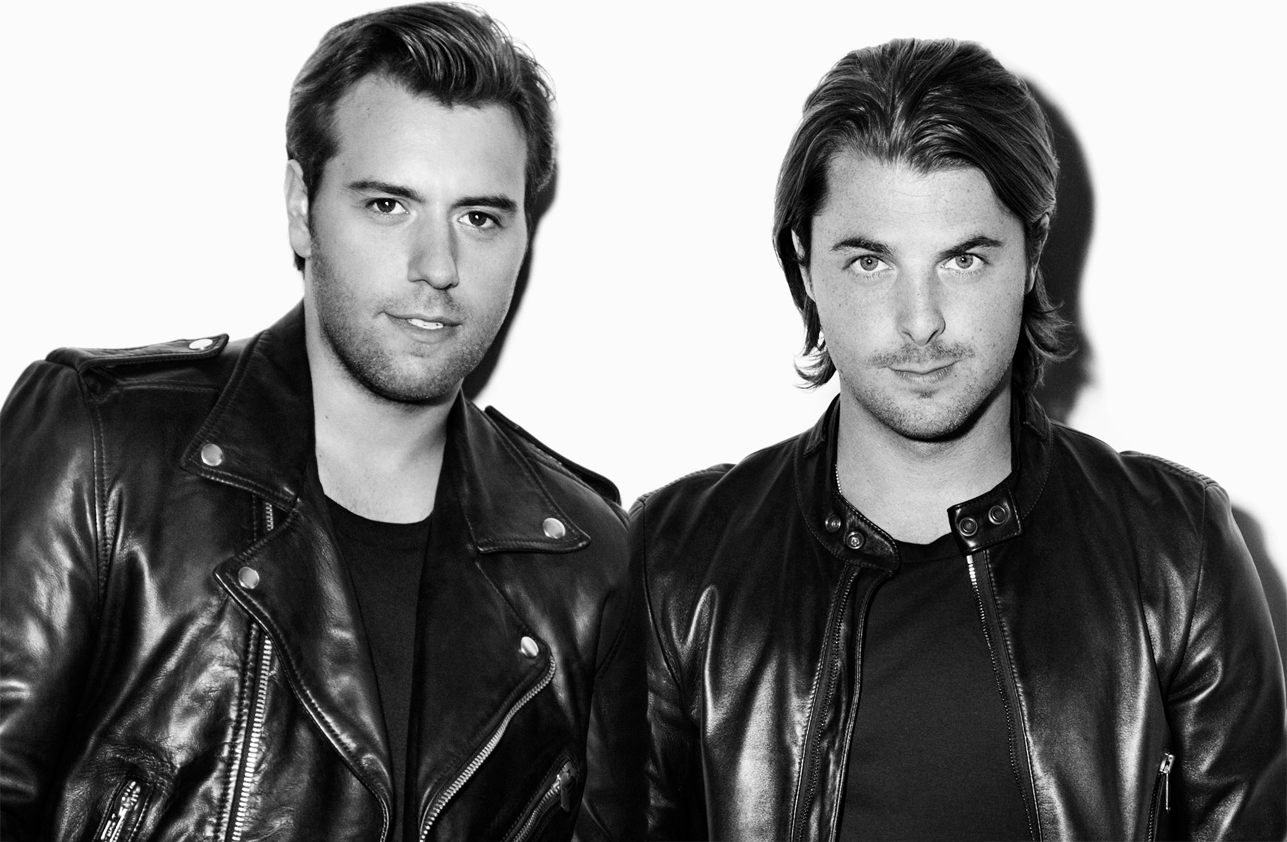 The first of three exclusive acts set for ZoukOut 2017, Axwell Λ Ingrosso have been in the forefront of the EDM scene since they first announced their inception back in 2014, a year after Swedish House Mafia had disbanded. The duo will be making their return to the ZoukOut stage this December, after they last headlined the festival back in 2015.

Check out the duo's 'More Than You Know' below. 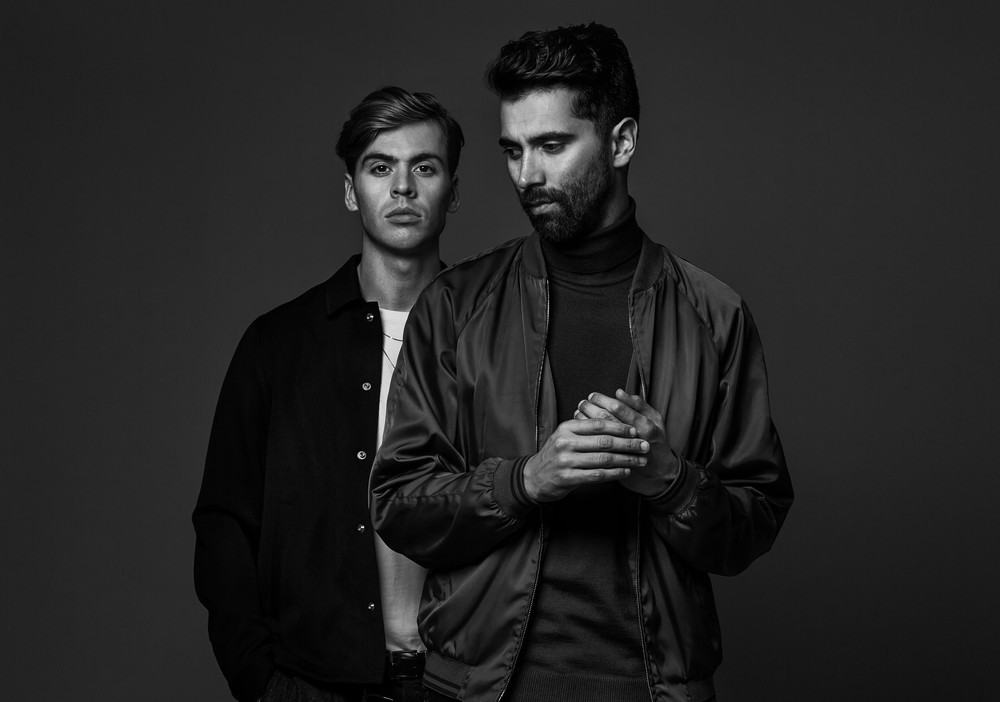 The second in our list of ZoukOut exclusives, Amsterdam-based trap duo Yellow Claw, made up of Jim Aasgier and Nizzle first broke into the scene back in 2013, when they released their first international EP, Amsterdam Trap Music. The duo have since gone on to do big things, like starting their own label, Barong Family, as well as releasing 2 studio albums and one collaborative album with the rest of their label-mates.

Yellow Claw will be making their highly anticipated ZoukOut debut this December as they look to prove to the world why they're one of the biggest names in the trap sub-genre with their extremely high-energy sets. 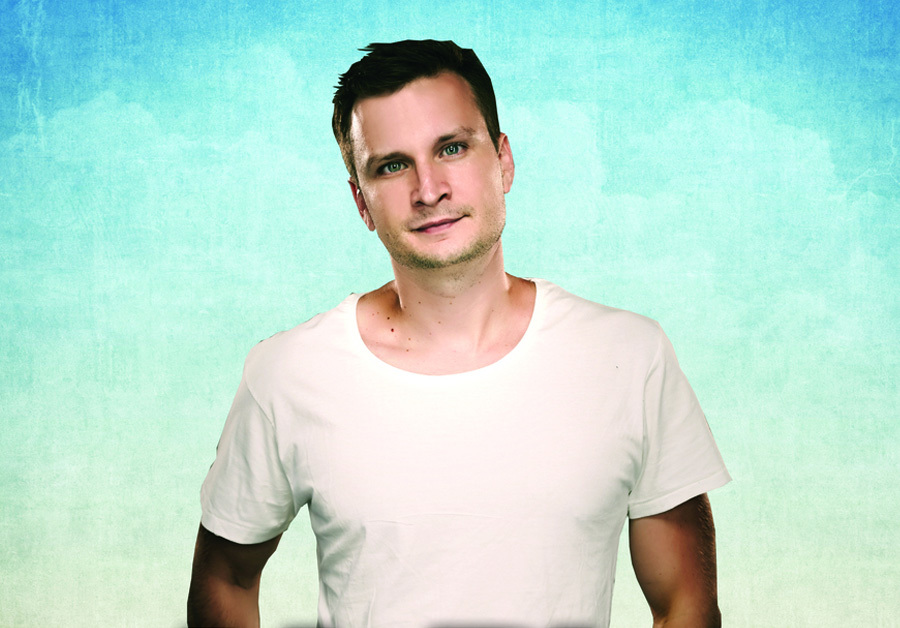 The third act exclusive to ZoukOut this year is no stranger to big stages, though he will be making his ZoukOut debut this December. MaRLo is one of the biggest names in the trance scene, known for his high energy sets and having performed with legends the likes of Armin Van Buuren and Paul Van Dyk.

Check out the video for MaRLo's 'Hold It Together' below.

The rest of this year's stellar line-up features a bevy of amazing acts that carry enough star power to headline the festival at any given moment. For the first time ever in an unexpected yet thoroughly welcomed move, ZoukOut have invited the clan from 88rising for a special showcase.

That's right, Rich Chigga, Keith Ape, Higher Brothers and Joji will be performing at ZoukOut 2017 and given how big they're getting, this might be your only chance to catch all of them on one stage. We will also be witnessing the ZoukOut debuts of huge names like Flume and Marshmello and we can't wait to party the night away with them. 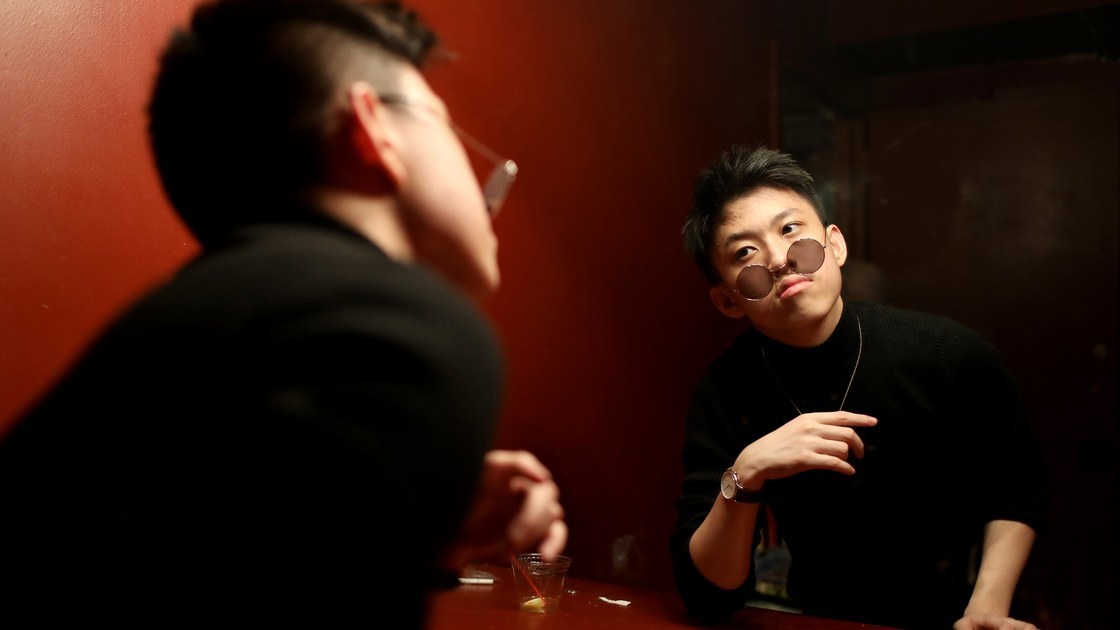 Rich Chigga burst onto the scene with 2016's Dat $tick and has since gone on to release some of the hottest hip-hop tracks over the past two years, which include Glow Like Dat and Chaos. Rich Chigga will be making his ZoukOut debut this year and if you've seen any of his performances online, you know his appearance is bound to be one you can't miss. 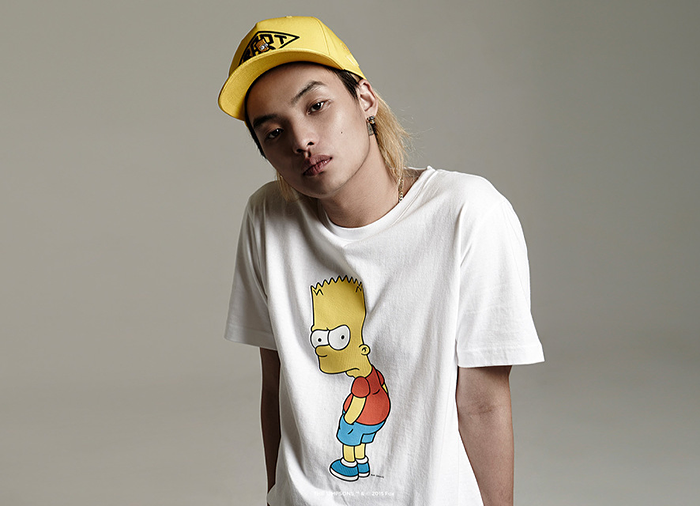 Keith Ape broke into the scene with 2015's 'It G Ma' and has been on a roll ever since, collaborating with other hip-hop stars such as Dumbfoundead and Rich Chigga. Now a figurehead in the burgeoning hip-hop scene of South Korea, Keith Ape is now a worldwide phenomenon, making his mark early in the game even before a full-length album.

Check out the music video for 'It G Ma' below. 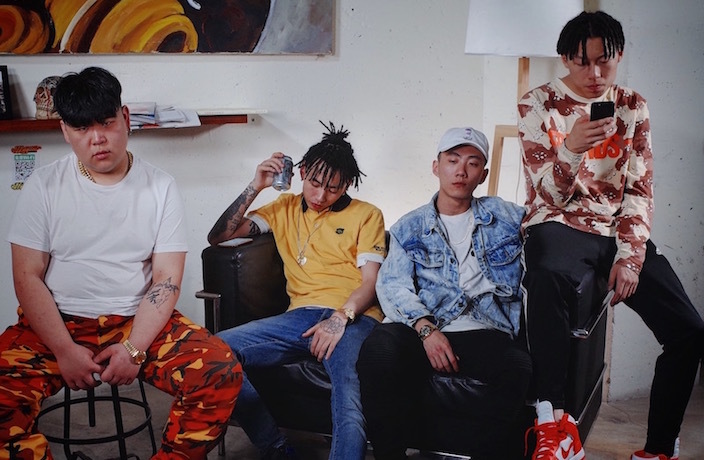 Higher Brothers will be making their ZoukOut debut this year as part of a special showcase by 88rising. Higher Brothers burst onto the scene with the release of 2017's album, Black Cab and have since been blowing up with recognition worldwide.

Check out 'Made In China' below. 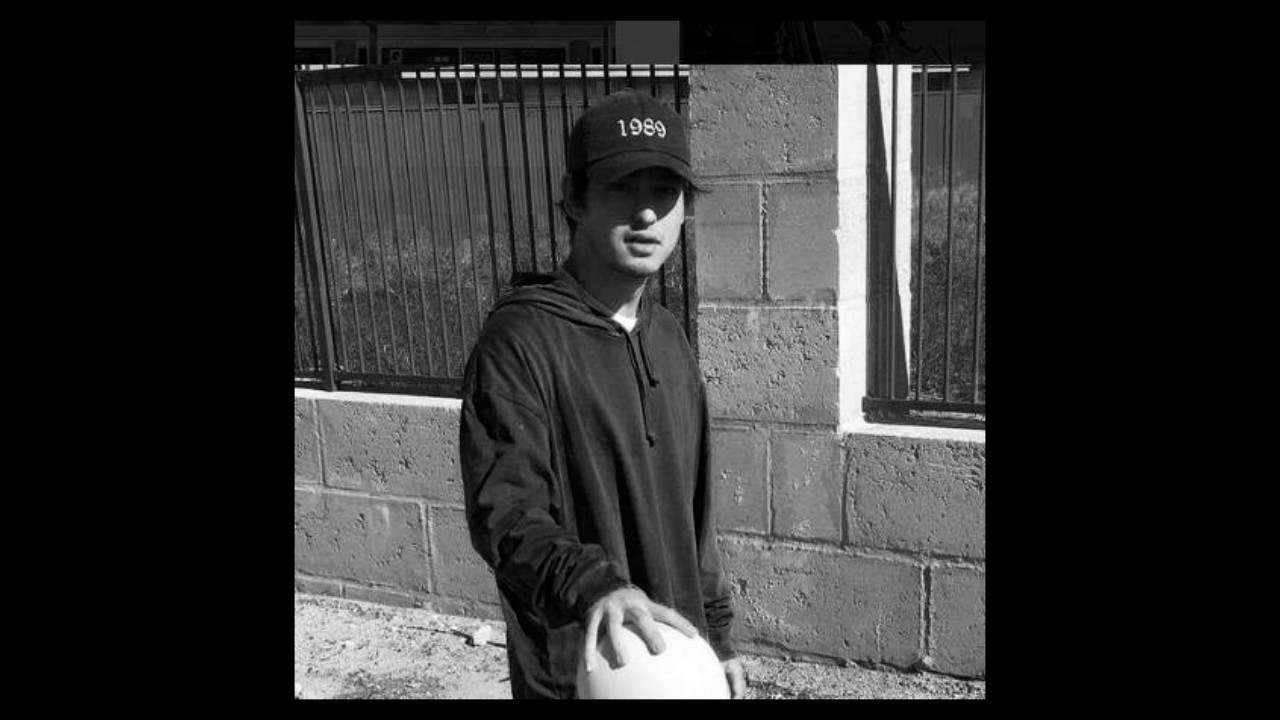 Before getting his start in music, Joji took the internet by storm as his Pink Guy and Filthy Frank personas wreaked havoc on YouTube, making him one of the internet's biggest stars.

While he still dabbles in his prankster ways, he has become more focused on music, taking on the Joji moniker for live performances. Joji has been taking the music world by storm and his performance at ZoukOut is one you definitely shouldn't miss.

Check out Joji's 'Will He' below. 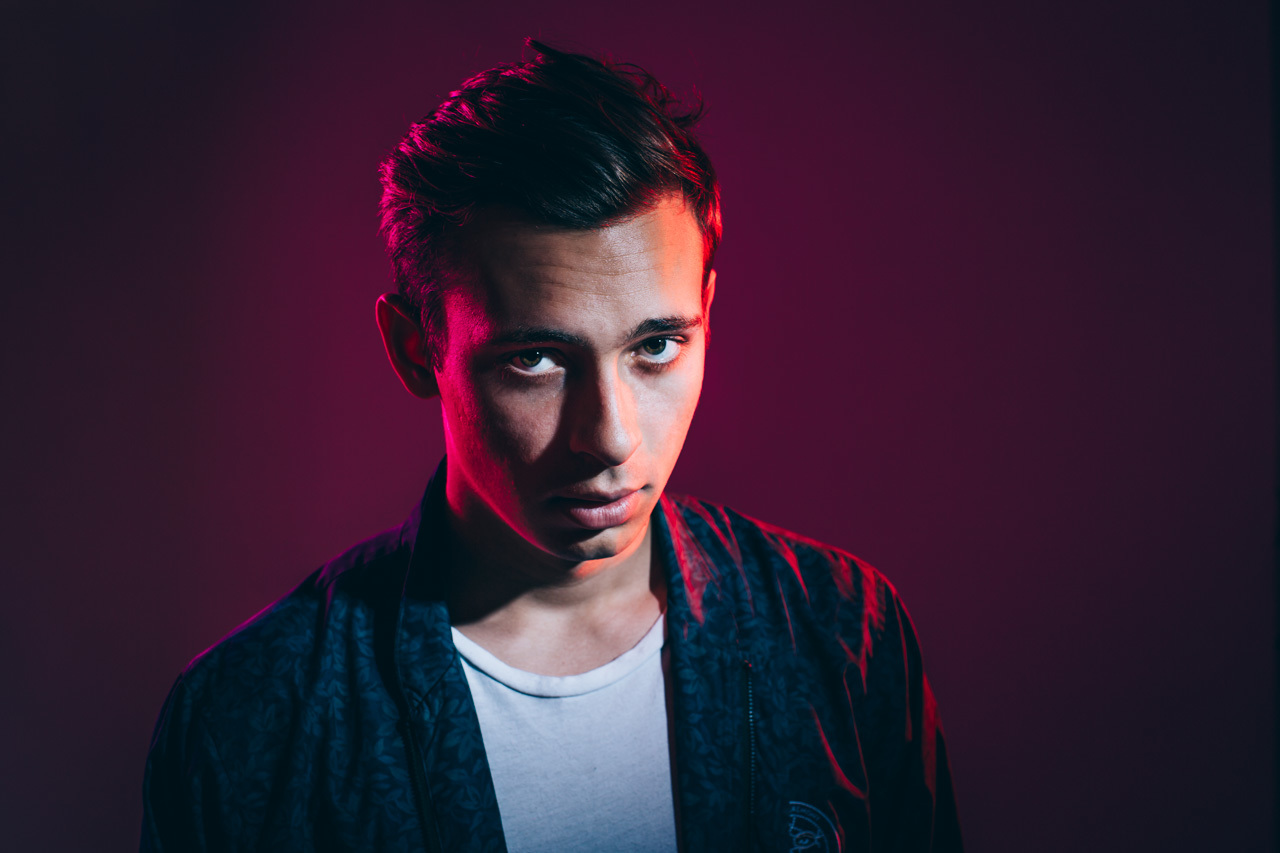 Often touted as one of the pioneers of the future bass genre, Flume has worked with a slew of artists the liked of Kai, Tove Lo, Vic Mensa and Raekwon (of Wu-Tang Clan fame). Flume's debut set at ZoukOut is bound to be an event in itself. 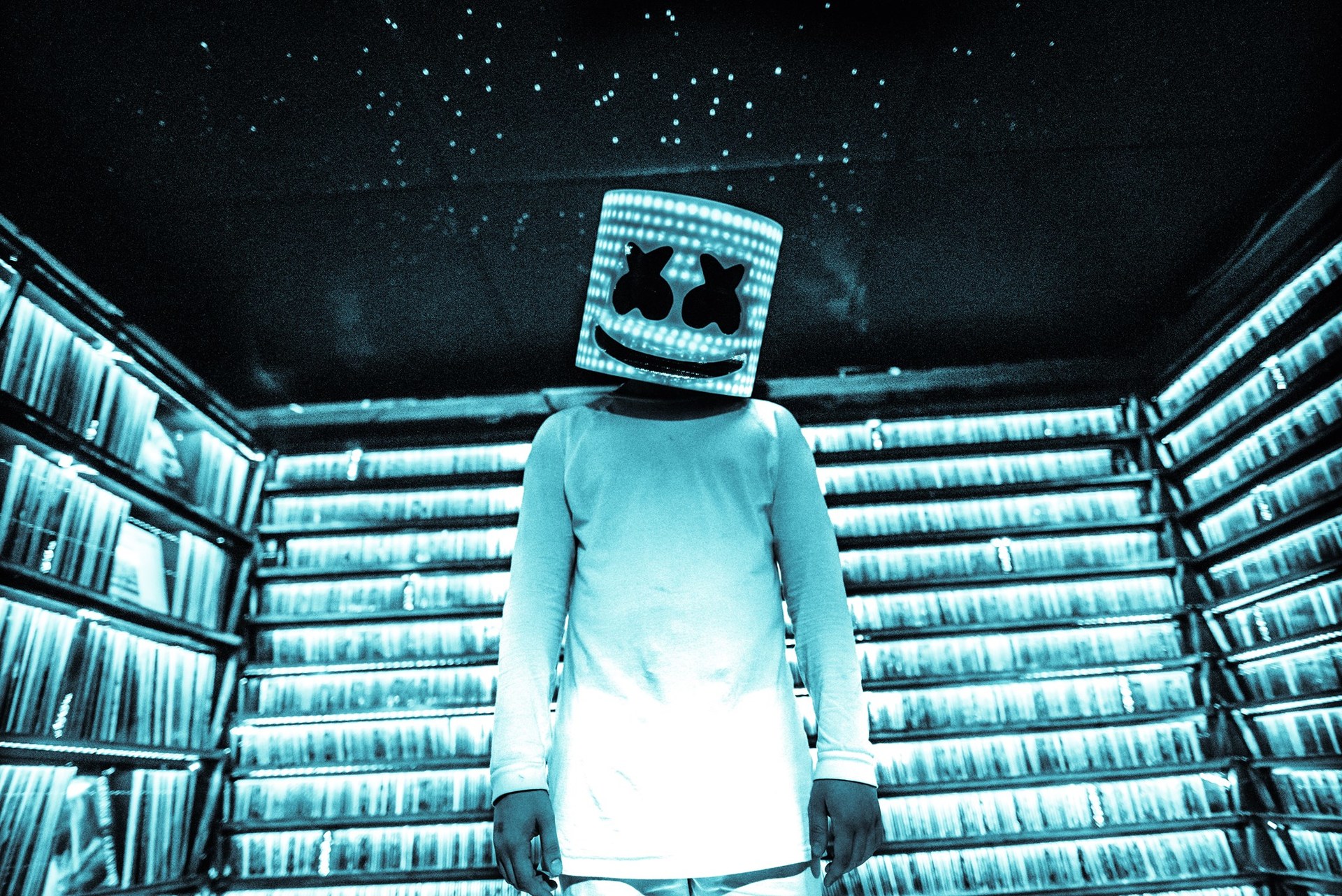 Marshmello broke onto the EDM scene early in 2016 after his remix of Adele's 'Hello' went viral and he hasn't slowed down since, releasing hit after hit, taking him to the pantheon of EDM greats in one short year. Marshmello's debut set at ZoukOut is bound to be one of the best sets of the festival, from high-energy tracks like Alone to sing-along anthems like his latest track with Selena Gomez, 'Wolves'.

Check out 'Wolves' below. 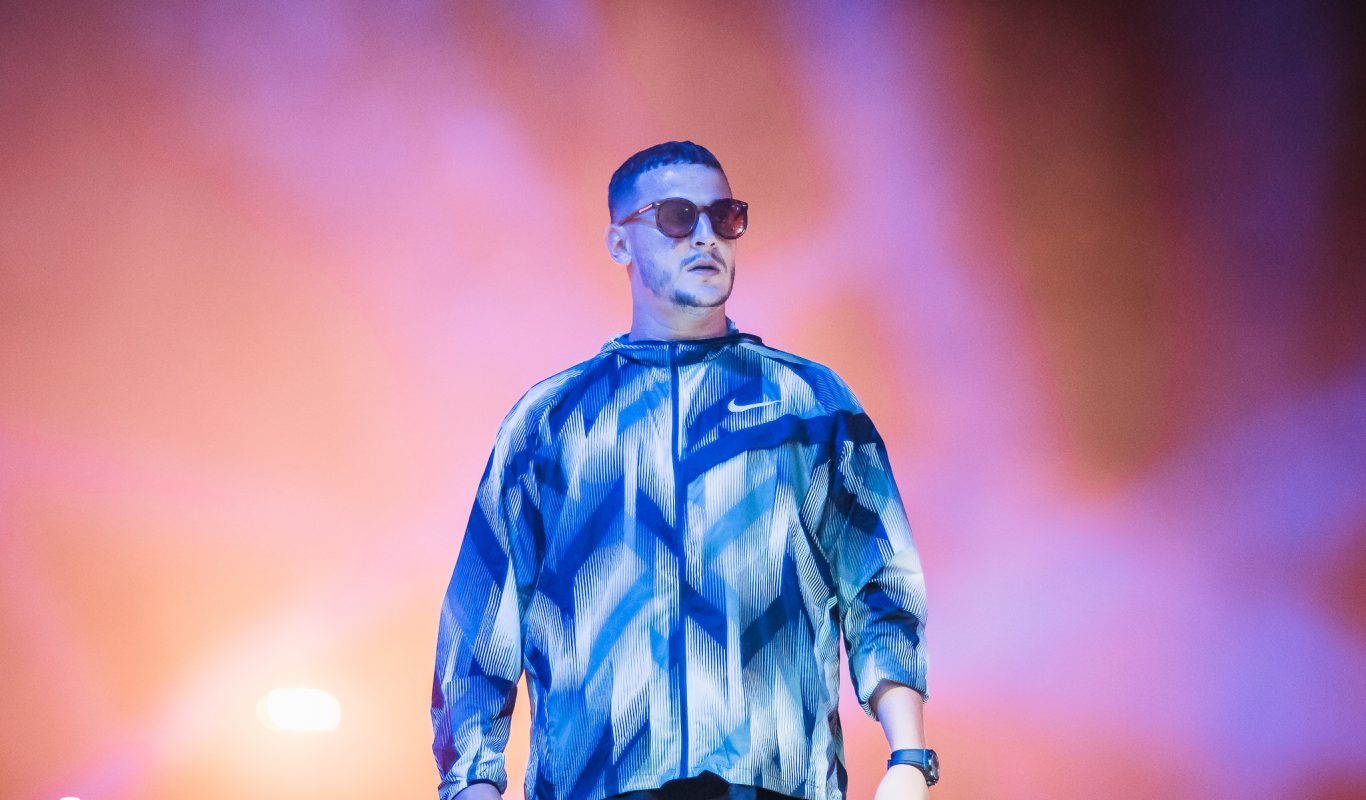 DJ Snake is no stranger to the ZoukOut stage, having played at the festival in 2015. The French DJ/producer is best known for tracks such as 'Get Low', 'Turn Down For What', 'Let Me Love You', 'Ocho Cinco' and more.

However, he's only getting started as he recently released his latest track, 'A Different Way', featuring Lauv. DJ Snake's sets have been nothing short of explosive and this year's ZoukOut performance will only be grander.

Check out 'Let Me Love You' below. 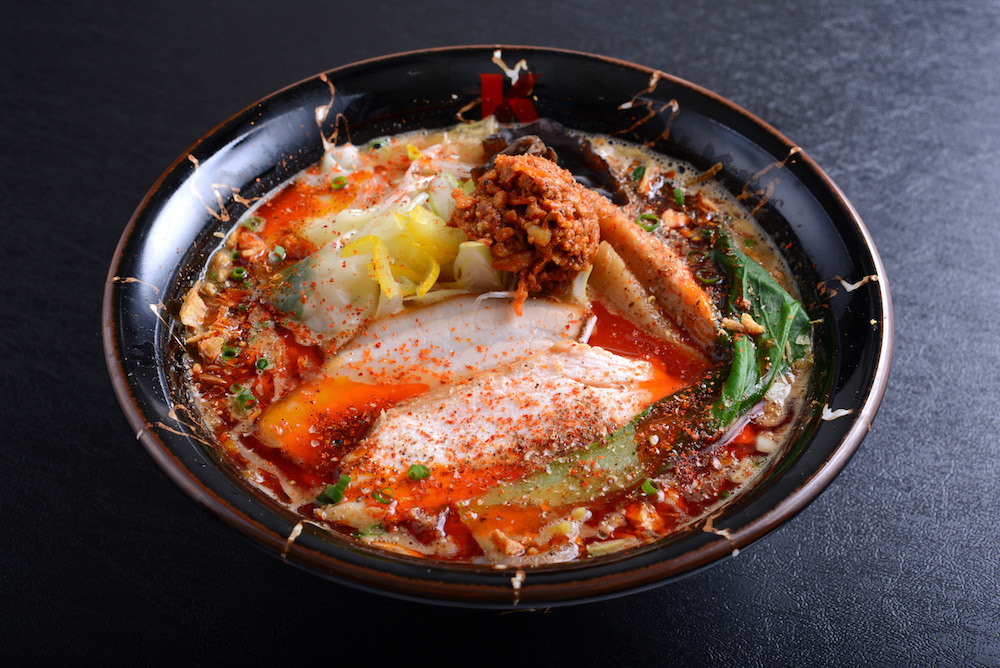 Out of energy after hours of non-stop dancing? ZoukOut will be bringing in a boat-load of exquisite food for this year's festival at the food village. Treat yourself to a piping hot bowl of premium ramen from Keisuke Ramen in the festival compounds and many more delicacies that are soon to be announced, for all you hungry souls out there.

DBS Live Fresh Card members & all other DBS/POSB Card members are entitled to purchase discounted single day tickets, which include prices at S$124.20 for Day 1 and S$133.20 for Day 2. Get your tickets here. 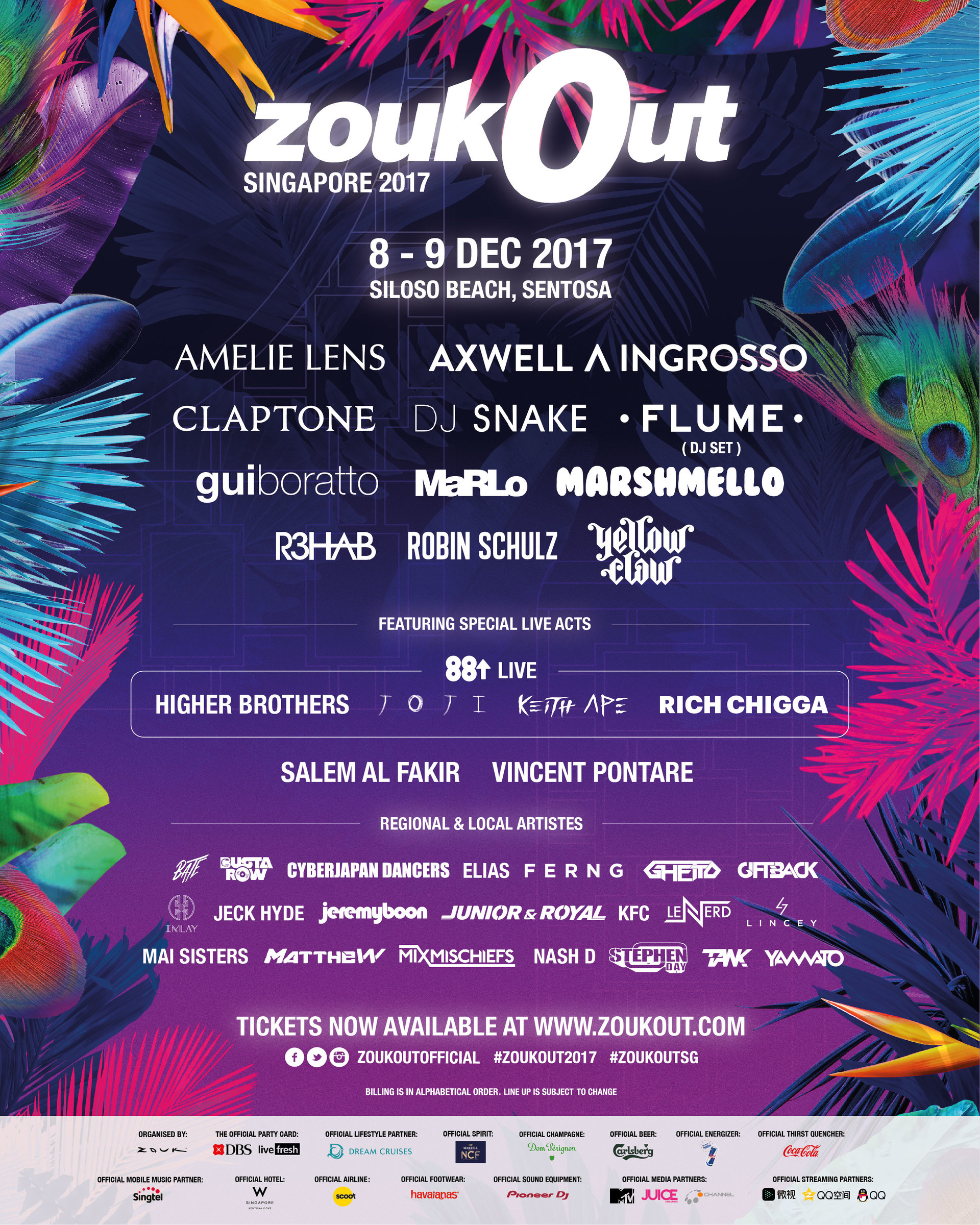 This article is presented by Zouk.