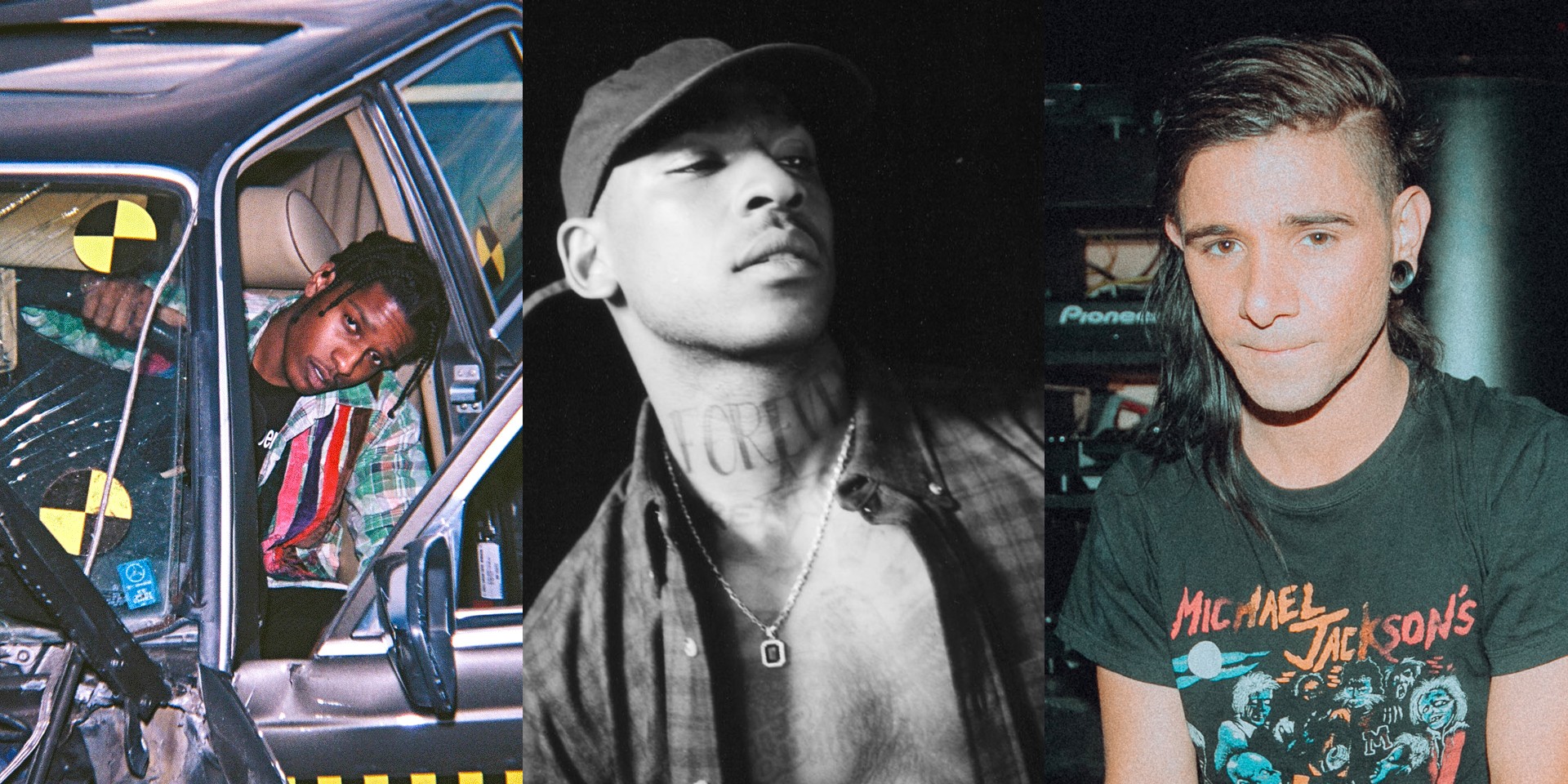 Planning a holiday for September? Make sure Australia makes your shortlist – the lineup for Listen Out festival is out, and it's stacked.

Listen Out bills itself a dance festival, and to be sure, huge DJ acts like Skrillex (pictured, right) and Snakehips are on the bill. But far more enticing to us is the sheer range of hip-hop talent, from A$AP Rocky (who's teasing a new album right now) (pictured, left) to great new American boyband Brockhampton to must-listen Chicago rapper Noname and British grime king Skepta (pictured, middle).

Also on the bill are Petit Biscuit, Haiku Hands, CamelPhat, Kllo, Lil Skies and more. Listen Out will travel Australia between 22 and 30 September, landing in four cities in total. Check out the dates below: 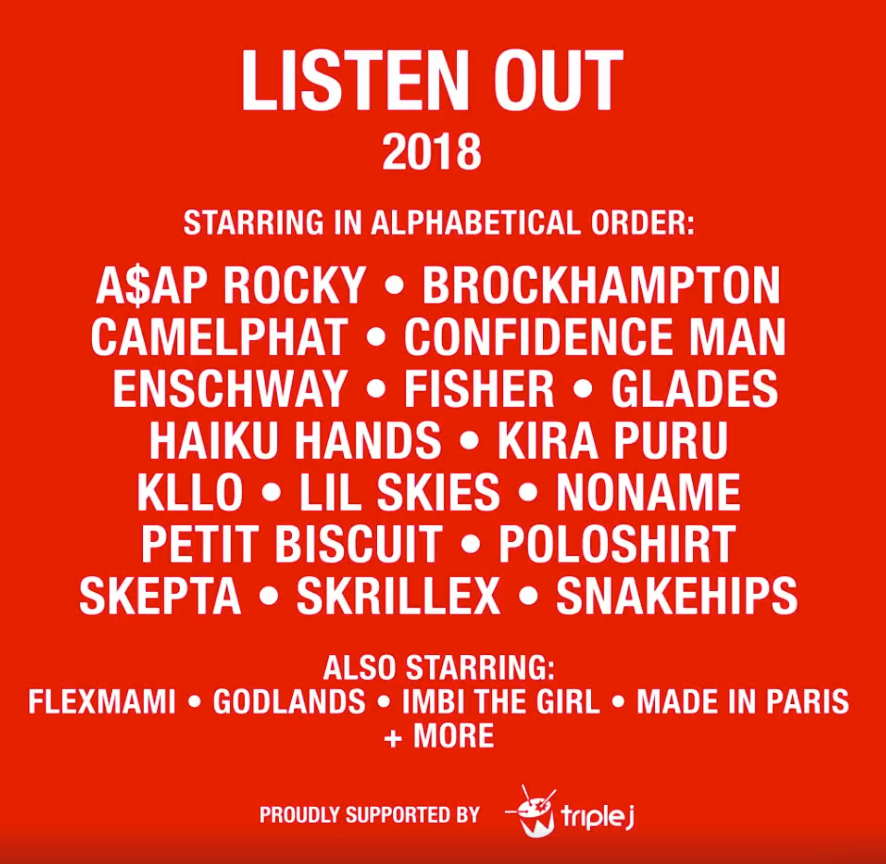