22 August 2012 was the day that legendary British band New Order gave their first performance in Singapore. It had indeed been a long wait for ardent fans, whose excitement reached fever pitch when the post-punk, electronic outfit finally sauntered onto the stage. Never mind that only three out of the original four members were on stage. Never mind that we had to wait for a considerable amount of time. Never mind that LMFAO's 'Party Rock' was played while we waited. For many, the night would turn out to be very surreal.

A short instrumental warm-up with 'Elegia' was followed by a head-on launch into 'Crystal'. As the tune unfolded, clips from the song’s original music video were played in the background. The video featured a young band (named The Killers, if that sounds familiar) miming to the tune. Arguably, the initial members of New Order would have been as young when they experienced their first success with the late Ian Curtis as Joy Division. 30 years or so later, the band did still have plenty of energy to please the 5,000-something crowd in Fort Canning Park. With the help of a precarious stage spotlight, the musicians took turns in showcasing the signature parts of their songs. 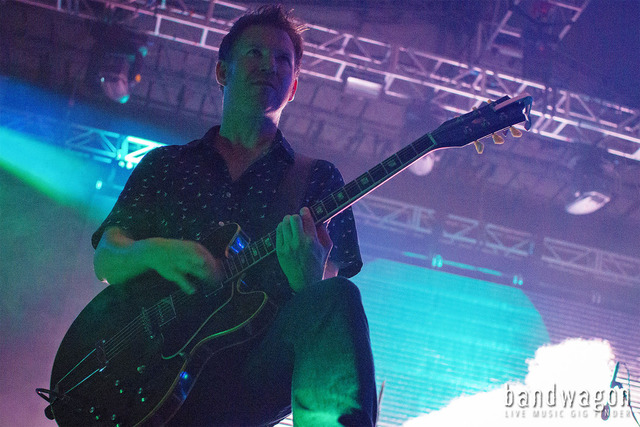 The 90-minute set took its form from albums and singles spread across the band’s long history. There were the crowd pleasers such as 'Ceremony', 'Blue Monday', and 'Bizarre Love Triangle'. Then, there were the more unusual choices such as '586' and 'Here to Stay'. Across the songs, one could not help notice how balancing the synthesizer, bass and drums became much more difficult in live settings than in the studio. The error would have been obvious if bass and drums dominated songs such as 'The Perfect Kiss', which relied more on the synthesizers.

Another thing that might have caught one’s eyes is the striking and immersive background visuals accompanying each song. In 'Regret', one was taken through the deserts of California. In 'Temptation', scenes of seas and clouds took over, perfectly illustrating the rollercoaster nature of the song.

Speaking of 'Temptation', the tune was repetitively sung by the crowd in between songs, egging on the band to break into the infectious hit next. This was where vocalist Bernard Sumner would break into friendly banter, taunting the crowd back with a "We're not going to sing that song tonight." Another off-guarded moment occurred when Stephen Morris started drumming his way into the start of 'Here to Stay' before Sumner had finished introducing the song and a playful squabble ensued. It was humbling to see that the legends could still have such moments of 'normalness', even after 36 years of playing together.

For all the success that New Order stood for itself, the band simply would not have existed without Joy Division. It was therefore befitting that the band paid homage to their roots. In their first set, the band sang 'Ceremony' and 'Isolation'. When it was time for encore, “Transmission” led the way, before finally giving in to anthem, 'Love Will Tear Us Apart'. 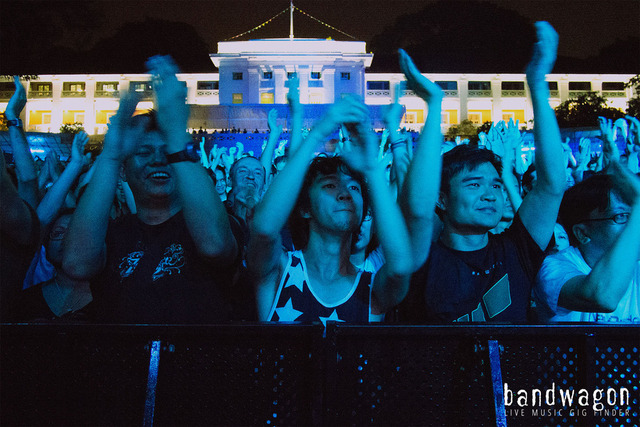 The song itself had become a symbol of celebration for the life of Ian Curtis, and the success of New Order. The shadow of the past no longer troubled the band. Instead, it had been fully embraced. With swirly and a dreamlike visual sequence, Sumner's perfect vocals, a giddy crowd, this has been a ceremony to come full circle. Forever Joy Division, long live New Order.