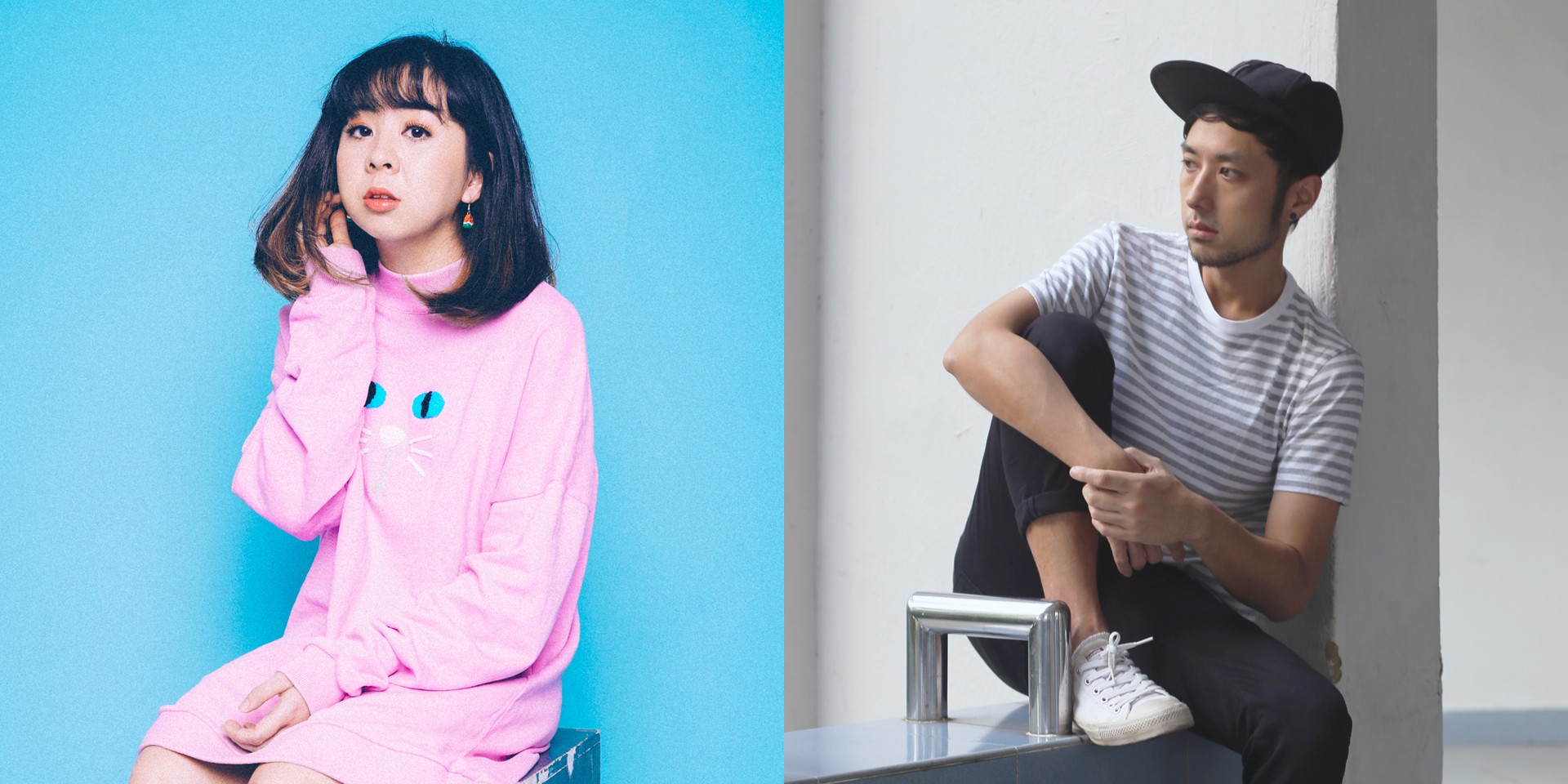 Local Mandopop acts Ng Meiting and Goose will going on a series of performances in multiple locations across Singapore this July.

Both acts have just released their debut EPs recently: Meiting put out Don't Worry! I'm Not A Bad Person and Goose released If I Left The Park?... They will be performing original tunes from those releases at the shows. Notably, they will be collaborating with each other live onstage, and might even cover each other's songs. The combination of the unique soundscape of Goose and the refreshing tunes of Meiting is sure to impress.

Before the first show at Unplugged at Dempsey Hill tomorrow, Bandwagon sat down with Meiting (pictured, left) and Goose frontman Angus Sham (pictured, right) to find out more about the tour.

How did both of you meet and start playing together?

Meiting (M): It was after Huayi [Chinese Festival of the Arts] and we got into contact with each other, and we met up for kopi.

Goose (G): My EP launch was on 12 May, and I was hoping to have a guest performance. Goose is still very new, it was the first time we were releasing our stuff. So I thought it’d be good to have someone that’s already been around for quite some time to come and perform.

G: So I was sourcing for someone and when I listened to her stuff I really liked it, so that’s how I got to know Meiting, and I very shamelessly texted her on Instagram to ask her to be our guest performer.

How was it like when the both of you first played together?

G: When I listened to her stuff and started learning her songs, my entire band had many sleepless nights, and we lost a lot of weight.

G: Her song arrangements are out of this world. Please go and check them out online. Listen between the lines and the music. As a musician it’s really very complex to figure out every single chord and note, and to be able to execute it. It’s very challenging.

M: Ya, it takes a lot of practice.

G: So for us it was very difficult to try to nail every single thing. It was stressful but it pushed us to be better musicians and to hone our craft.

M: For our first rehearsal I felt like they were very prepared. It showed that they are very experienced.

G: I think it’s very different because our band is very guitar-heavy.

M: Ya, it feels very different! Usually I will use backing tracks and keyboards, and theirs is really more guitar-heavy. They have two guitars.

G: So we had to fill in the lines while using the guitar instead of using the piano.

When a band suddenly has a new member, it takes a while to build rapport. Was it difficult at the start to perform with each other?

G: The trick and secret is to eat prata at RK (Eating) House.

M: Eat prata, and drink teh-o kosong. But they drink other stuff lah.

G: That’s some time that we get to know each other beyond the music.

What can we look forward to for these tour at these performances?

G: We do have something up our sleeves.

M: We do have a standard repertoire that we are going to do (throughout the tour) because we want to promote our songs, but we do have new songs. Some venues are acoustic, and some are full band, so you will hear a new sound at each venue.

G: You can also hear Meiting sing some of our songs, and we can also look forward to hearing how Meiting’s songs will sound different with a more guitar-heavy kind of sound, which is different from what you hear from the EP.

G: I think her songs are very melodic, very catchy, and sub-consciously you will just be humming to it. It helps to start your day on an optimistic note. But yet she also has songs that really touch the soul. I can feel the music, I think that’s what is most important, when you listen to it and you can feel what is going on. For me, I really hear that in Meiting’s music. That’s why during my EP launch I was like, “I must get hold of her to be my guest performer!”

M: I’m so honoured. What I like about Goose’s music is that each of their songs actually tell a story. I really like the story and concept behind every song. It’s also about the way they present the song, it really touches your heart and you can relate to that something in the song. It brings you back to a certain time in your past so I really like that part.

Goose and Meiting will be performing on the following dates at these locations:

Click here to find out more about the tour.