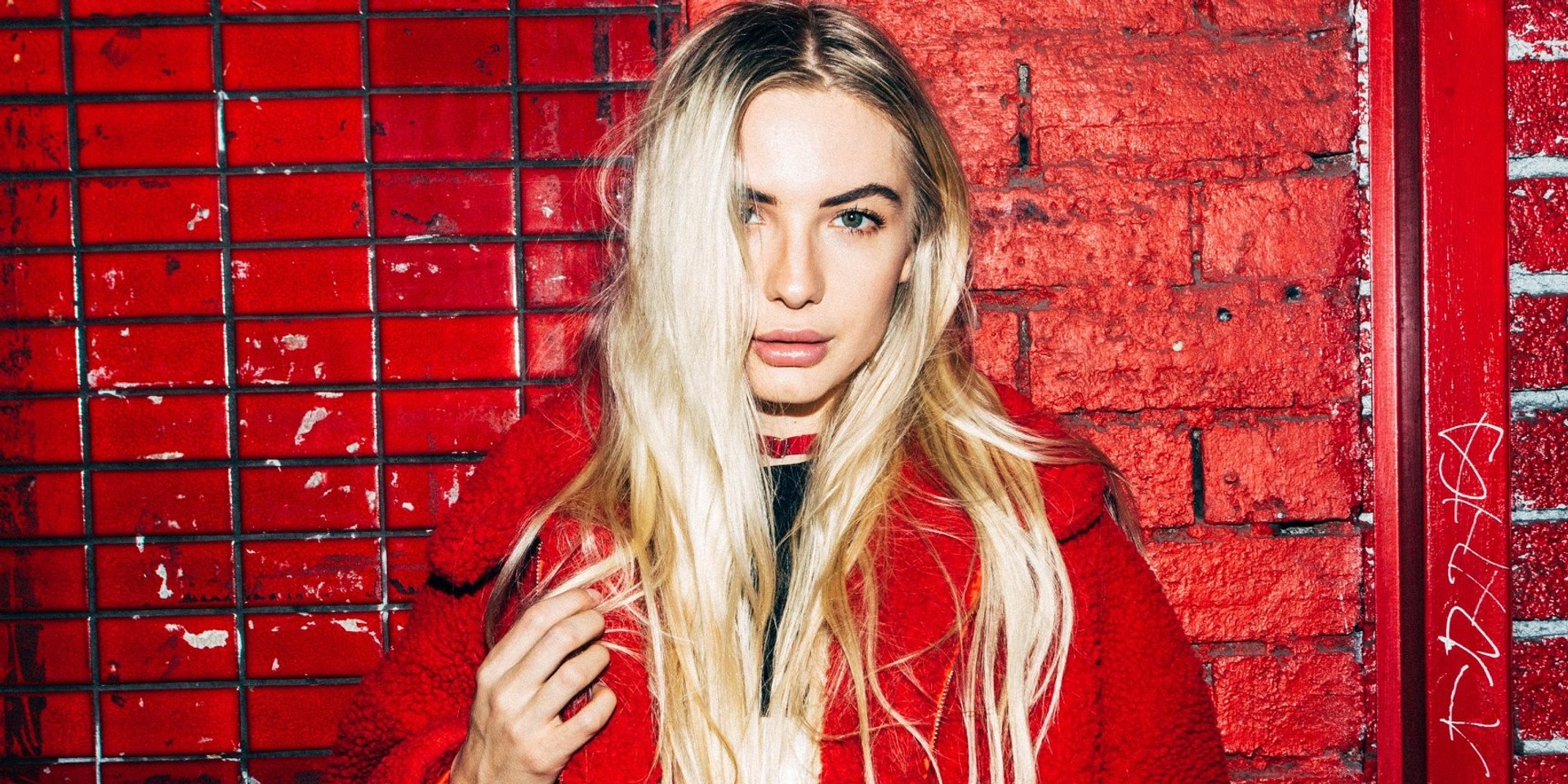 Lucille Croft returned to It's The Ship last week for an immense set that saw the Australian DJ perform mostly her own tracks, a rare feat by today's EDM standards. Having been influenced by the likes of Nirvana and Led Zeppelin, the young talent draws from her inspirations and combines them with her passion for dance music to create a sound unlike any other. With artists like Tiesto, Will Sparks and more supporting her throughout the years, Lucille is poised for greatness, and with what she has planned for 2019, she truly is just getting started.

Bandwagon sat down with Lucille Croft at It's The Ship 2018 to talk about returning to the cruise festival, crafting her sound, mental health and more. Check out the complete interview below.

You’ve performed aboard ITS multiple times. What makes this year stand out from the rest?

I think it's the most diverse line-up I've seen on It's The Ship so far. The people here this year, I think during the artist briefing this year, we were told that there were people from a total of 87 different countries this year. It's crazy how diverse it was. I remember last year, there were a lot of locals and a lot of Australians. There's a really broad spectrum of music this year, which is really cool, it's a lot better than last year I think. There's something for everyone, it's been really cool going to all the different stages and experiencing a different sound and crowd at each place.

When you're performing on It's The Ship, do you find yourself planning your set differently to fit the vibe of the cruise, or is this just a regular Lucille Croft set?

Not really, no. I've spent a lot of time touring in Asia so I'm kind of familiar with what the musical tastes on this side of world is like. I don't like to plan my sets, I feel like you should always get there and figure out what the vibe is, so every single set I've played is what I picked out right then and there according to the crowd. Last night was really amazing, I played mostly original music, which is really cool. You don't have a lot of people doing that nowadays, where majority of their set is their own music, instead they play a few of their own tracks and like 75% of the set is from other people.

How has growing up in Australia affected the music you create and the kind of music you play?

Not overly. Australia's pretty broad in that sense. There's obviously some sounds that Australia is known for, say the techno scene is Australia is really big. The bounce scene, bounce was sort of made in Melbourne so that's something we're known for. I've never gone down that past but when I first started getting into the scene, I was really into techno. I guess in that sense, it kind of influenced me but that's pretty much where it ends.

Who were your major influences inside and outside of EDM growing up?

I didn't actually listen to a lot of dance music growing up, I listened to a lot of bands. I listened to a lot of Nirvana and Led Zeppelin, stuff like that. I still do listen to those bands every now and then. Even though it's completely different to the music that I make, I still draw influences from it. When I first began listening to dance music, I started off with Ministry of Sound and stuff like, and I thought it was awesome. I have a lot of influences now and outside of that, just a lot of bands. Bands paved the way for me wanting to become a musician in the first place.

When you're working on a track, there will always be ways to improve it. At what point do you decide that the song is finished?

Generally my manager to be honest. I can be a bit of a perfectionist. It's really hard when you're creating something creative. It's sort of like an artist doing a painting, you're just constantly trying to perfect it and you often find yourself overdoing it and if you had just left it much more simple, it would've been a lot better. So I send all my music to my manager, I have a team who I work with, and I have a lot of friends in the industry, a lot of people that I look up to, so I'll send the track to them and get their opinions. Otherwise, certain songs would never be released because I'll constantly be working on it.

With the constant stream of new music being produced every day, how do you decide which tracks you want to include in your sets?

I think you kind of have to keep up with new music and new trends. I'm very heavy on the production side at the moment, I'm mainly playing my own music but I'm being influenced by the sounds and the new things I'm hearing and there's so much weird, crazy and cool music that's coming out at the moment in the EDM circuit. Even with regards to making remixes of commercial songs, you have to stay on top of all that. You can't just stay in your own bubble, you can't progress that way. You need to be in touch with what's going on.

In recent years, we’ve seen a lot of musicians give in to their mental health issues. Being a touring musician yourself and having been in the scene for so long, how do you keep yourself rooted and maintain a healthy mindset. Are there specific things you do?

I've actually really struggled with this. I went through a really hard stage last year where I had really bad anxiety and I think I even had bouts of depression, and I've spoken about this on social media. I think for me, I just had to be really careful about not overdoing anything. With musicians who tour really heavily, it can be really hard when you're on your own all the time.

A lot of the time, you'll go to a club, stay at the hotel on your own, you'll catch a flight to the next country on your own and it can get really lonely. I think artists need to be in touch with their friends and family, and if you're starting to feel like that, sometimes you just need to pull back from what you're doing. It might sound a little selfish but you have to put yourself first.

I know performing and entertaining the fans are a huge part of what we do, and what makes all of it worth it but you have to take care of yourself in order to do what you do. You can't just keep pushing yourself to the limit. Take time off. I think that's the problem with this industry, everyone's just worried that taking time off will affect their careers, or that they won't get gigs again. There's a lot of pressure because it's such a competitive industry so people are constantly stressed that they're not good enough or that they're not doing enough to grow their brand.

What do you have planned for the near future?

When I get back to Australia after this, I've got a two month tour that I'm doing for my new single 'Burn', which comes out in two weeks on a label called Pinnacle Collective and then after that, I have some really big collaborations coming out next year with some really big artists from the U.S. I can't say who they are but for me, it's huge. People that I look up to. I'm looking at a lot of overseas shows next year, I'm hoping to break into the U.S. market and get some shows over there because for me, that's where my sound is. I have so much music to get out next year, probably like 10 releases.