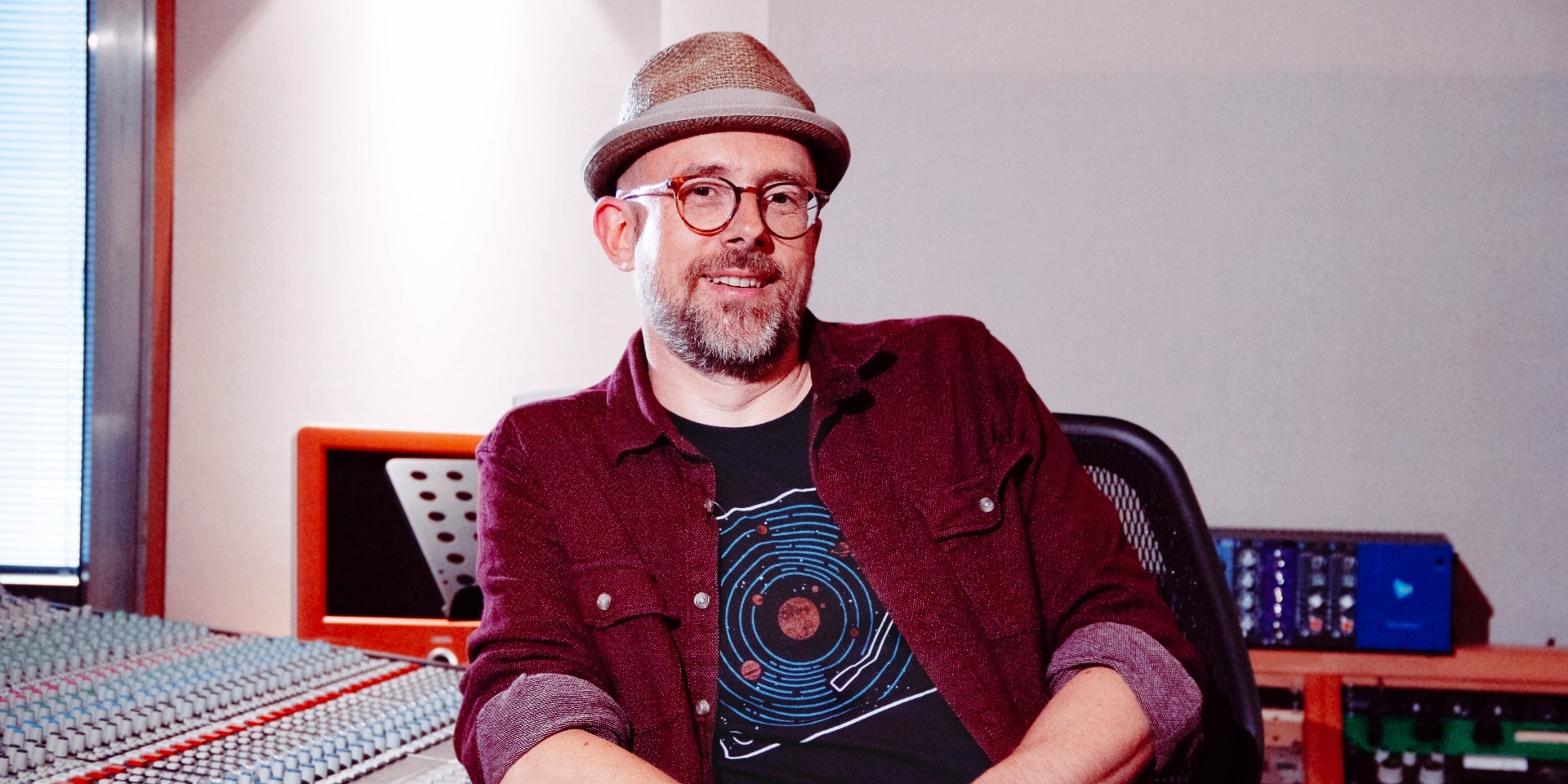 As great as the Lil Pump calling card ‘Gucci Gang’ is, don’t be fooled by its sublime simplicity. There are many disparate moving parts that cohere in a song and it’s not always the artist who marshals them all into a singular whole. That role is occupied by engineers and producers who serve as co-executors of the artist’s vision. Hans-Martin Buff has a beyond-decorated career in that capacity; his touch has graced some of the most artistically and commercially vital records of our time. He was the personal engineer for Prince at the latter’s hallowed Paisley Park Studios from 1996-2000 and his work there will eternally be embedded in our cultural memory.

Currently, the German producer and engineer is town as a guest lecturer for the Singapore Raffles Music College’s 10-day production workshop Record. Mix. Produce. and Bandwagon caught up with him to talk about his journey in production and how the industry has changed since he started.

You’ve worked with big-name artists such as Prince, the Scorpions and No Doubt. Is there more pressure when working on projects like these, or do you just treat it as a regular job?

Well, I generally treat all my studio clients the same way, whether they’re famous or not. If the music’s special, no project is a regular job, which is actually why I like my job so much. If there’s pressure – and there often is – it’s usually related to the personalities in the room. Every artist demands (and deserves) full attention, but every artist also has a different idea what that actually means…

A lot of people grow up wanting to be musicians. What drew you to become an engineer and producer?

I’m a huge fan of music, but even though I wrote and played my own music as a teen, I never considered myself to be a musician. I just really liked making songs come to life. Then, being a Beatles fan, I read a book called The Beatles Recording Sessions by Mark Lewisohn, which describes every recording day of the Beatles, and I was fascinated by how much fun you could have in the studio. So when a friend invited me to visit him at the recording school he was attending, I was instantly hooked and joined two days later and I haven’t looked back since.

What has been the single most memorable project for you to work on?

I honestly can’t say. There were so many wonderful moments in the studio, some musical, some personal, that I couldn’t possibly pick a favourite one. I guess I fondly remember the day at Prince’s Paisley Park when we recorded Chaka Khan in two studios at once. Also, the soundtrack to the German movie Pornorama (it’s a comedy, don’t worry) was exceptionally fun to make, because I got to use every trick I wanted to for the make-believe ’60s hits we created. And generally, my most favourite project is always the next one – like my workshop with United Pop and SRMC in Singapore.

How has the industry has changed in terms of music production over the past couple of decades?

It has changed enormously. When I started, a sizeable amount of analog equipment in a specially designed room with an engineer who could work it all was all that was needed to make a solid record. Now, with a bit of talent and a bit of luck, anybody can make a solid record on their laptop at home. So people like me don’t get booked out of need anymore, but rather as a choice, and the work opportunities have changed accordingly. Also, musicianship has changed from an expression of the moment to something that’s assembled from collected bits, but that’s a different story.

And has the shift from physical releases to digital/streaming affected your approach to your craft?

No, it hasn’t changed my craft per se. It has changed the budgets of the industry and the creative setup of projects, because listeners pick individual songs rather than listening to whole albums, so I have to struggle more to get the funds to make a proper record out of a different, more single-based batch of songs.

What advice do you have for the producers and engineers of the future?

Learn as much as you can and, if you have the possibility, try to get work or an internship at a traditional studio, so you can really get an insight in the different workflows of different producers and their musical styles, not just in the style of music you like best. It’s easy to get stuck on one short-lived speciality these days.

Lastly, which albums have you been enjoying lately?

Wow. I listen to a lot music. Last week I read a biography of Paul Simon, so I enjoyed some of his albums I didn’t know well. Then I checked out the lasted offering by SOHN, who’s a current favourite. And I also got to revisit many of the Prince songs I worked on when his Anthology: 1995-2010 was just released.