Reviewing an album of church worship songs is an exercise in futility.

An album, reviewed by your typical critic, usually has creative expression at the forefront of its intentions. The review usually touches on the novelty of the music and the manner in which sonic elements come together to form a cohesive series of sounds. And all this usually culminates in an evaluation of how evocative it is, or in the case of ‘art’ music, how successful it is an expressing a concept of sorts.

And it probably seeks to do so in a manner that can emotionally engage the thousands of worshippers of different backgrounds who attend its weekly services. Certainly, there are many Christian bands that seek to express the glorious qualities of God through their music, but their music appears to be geared towards public consumption and enjoyment.

Not quite so for Draw Me — the press release for the album states that it was partly born out of demand for recorded versions of the songs played during City Harvest worship sessions. It certainly isn’t a Frankenstein leftover of their Crossover Project.

It is, first and foremost, intended for a congregation to sing along to, rather than appreciated as an expression of God’s greatness; we will always have Mahler or Bach for that.

This makes a review of Draw Me by a music-centric publication problematic, because it’s unfair to critically scrutinise the album on musical terms when it exists on terms of religious ritual. The scrutiny it deserves should probably be under a committee of religious scholars ascertaining the theological basis of its lyrics, or whether the ballads are too insincere and emotionally manipulative.

But in light of the critical acclaim Draw Me has received on the iTunes store from grateful church members and the widespread media coverage surrounding its release, offering a counter-perspective seems more important than ever. At the same time, as a recognition of the differing intentions of the critic and the church, we won't be assigning a score for this. 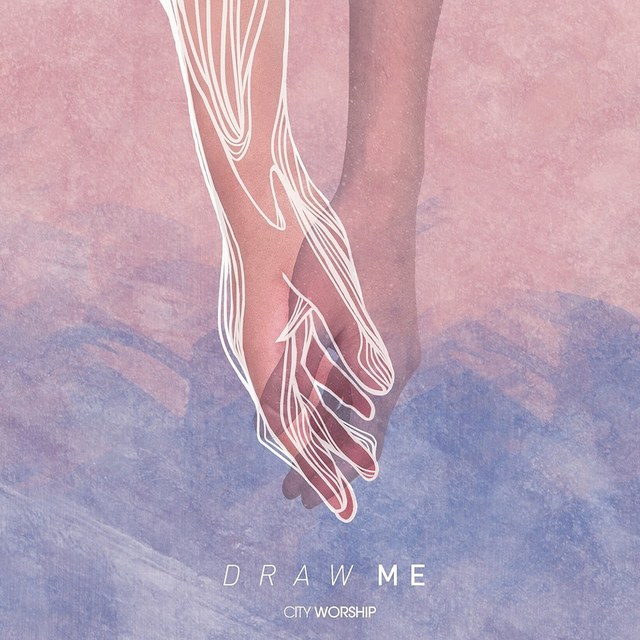 Perhaps the most surprising thing about Draw Me is just how unremarkable it really is. CityWorship have carved out a set of perfectly acceptable series of songs that, while are not at all spectacular, are at least largely inoffensive to the ear — there are instances of blatantly loud hooks and corniness, even by contemporary worship music standards, but those are far and few in-between.

With Sun Ho’s name plastered on the titles of articles by local media regarding the album, one might have expected an abomination on the scale of China Wine come disguised as an angel of light, but none exist. The album proceeds routinely from non-surprise to non-surprise, maintaining a constant mood of mild elevation and sunshine.

...it is in the ballads where Draw Me’s best moments lie.

The key characteristic of CityWorship as a musical entity is what can only be described as the sound of a discount-Coldplay, the ‘generic rock band sound of the 00s’ — from the plodding tempos, the unwavering devotion to a 4/4 beat, the major keys, the thin floaty musical textures, a love of hammering the same notes over and over again on guitar and bass and keyboard, and the anthemic choruses. It’s all been heard and done before, just that supposedly instead of raising lighters in the air as one might do during a Coldplay concert, one raises their hands in praise instead.

But the music does not ever soar to the lofty arena-filling heights of its influences — it feels too manufactured, too inorganic, a simulacra of popular soft rock. Still it’s functional music; it sounds pleasant, the way all tonal music does, though the lack of finesse sometimes betrays the utterly uninteresting writing.

One can broadly divide the 13 songs on Draw Me into three categories; the ‘experimental’ ones, the midtempo plodders, and the ballads. The experimental pieces are usually forays beyond the vocalist-guitarists-bassist-keyboardist-drum threshold. Second track 'Called Out' is a light synth pop number featuring bubbling beats to match its religiously-inspirational lyrics.

This is immediately followed on by 'Unforsaken', driven by a funk-inspired beat and embellished by brasses. It is not quite as explosive as one might imagine however, let down by a robotic-sounding production that leaves the track feeling muted. It Elsewhere, 'Pursuit' falls apart because the bass-heavy electronic elements feel tacked on as a means of drawing attention via aural bombardment rather than adding anything meaningful.

The midtempo tracks are decidedly unexceptional, the most by-the-book of them all if you will. Amongst them, 'You Love Me Like a Rock' is an unfortunate blip, however, with its chorus "You love me like a rock x3 You’re my rock, You’re my everything" sounding out of place and stalling the flow of the music with the repeated lines.

But it is in the ballads where Draw Me’s best moments lie. 'Miracle' boasts an absolutely heroic chorus that might have found its way onto a 90s animated musical, though the rest of the song is handicapped by terrible production that leaves the vocals terribly compressed. 'Till the End of Time' features the best vocal performance of the album, subtly using tone colour and phrasing tricks to convey a most sincere sense of yearning.

It is difficult to emphasize enough that for the few triumphs that it has, Draw Me still sounds incredibly manufactured.

The delivery could have been more powerful, but that may not have gelled well with the delicate arrangement and playing of the strings and piano, which weave in and out of each other, duetting behind the vocal line. As the music falls from the climax, the violins whisper a final wail before descending alongside the piano. Spine-chilling stuff.

The album closes with 'Greater Are You', another slow number and the pinnacle of the album’s achievements. Anchored by a solemn piano pulse and wistful strings, a tender and most graceful vocal floats on top. If Draw Me is, as the press release said, the sound of City Harvest Church the past season, clinging onto their saviour over legal and criminal trials and tribulations, 'Greater Are You' embodies that. "Greater are you over the worst of pain// Under your loving rain, I’m restored" goes the chorus.

But perhaps what is most surprising is the tasteful restraint shown on this track, resisting the urge of a crescendo and a release of tension as most worship music is wont to do. The mood is kept reverent and respectful, and the result is beautiful.

It is difficult to emphasize enough that for the few triumphs that it has, Draw Me still sounds incredibly manufactured. The production certainly does not help matters; the music feels contained, as though it were packed into a small box and taken out with its shape retained. It does not feel at all expansive, which certainly does not bode well for religious music about triumphing over sin.

The instruments are lacking tonal depth as well; the bass drum beat in 'Everlasting' lacks oomph, and the cello that heralds 'Till The End of Time' sounds groundless. Harmonised vocals in general sound incredibly robotic and cold, sometimes too polished, which creates dissonance with the warm band sound.

It’s also easy to be cynical about the lyrics, and blame them for the generic undertones of the album. They delight in bold, single-lined declarations of positivity (‘Hope is the treasure that I found’’) and purpose (‘My life is one big pursuit for you’) that are laughably cheesy. But this is probably a hasty reaction. After all, they are intended as digestible expressions to their loving God.

At the end of the day, regardless of the musical content, a community of believers will derive some amount of comfort and positivity from being able to hear the set of songs that sing along to every Sunday, over their home stereo or during their morning commute.

Which leaves us the songwriting. There are many ways to disguise a standard "verse/pre-chorus/chorus/verse" structure, and one of them is simply by keeping each section concise. CityWorship does not keep things concise; nary a song save one on this 72min album is shorter than 5mins, with bridges needlessly drawn out with wordless vocals or just sections which simply take too much time.

It’s the natural outcome of having an album consisting solely of slow to mid-tempo numbers with a steady devotion to the aforementioned structure — mathematically, it adds up to songs which are relatively long.

Additionally, having the same unwavering mood permeating each song, the album therefore feels directionless and flat. There is nothing driving the music forward, not the lyrics, not the accompaniment, and certainly not the structure.

Curious outsiders of the faith dipping their fingers into Draw Me will probably find themselves disappointed. It is very unlikely they will find themselves repulsed, though there will certainly be some out for blood and find the album offensively bad no matter what. In reality, it’s just bland.

But it doesn’t really matter, does it? Refining the edges of an established sound, or forging new sonic frontiers, isn’t this album’s goal. At the end of the day, regardless of the musical content, a community of believers will derive some amount of comfort and positivity from being able to hear the set of songs that sing along to every Sunday, over their home stereo or during their morning commute.

Ultimately this begs the question: why can’t we have a sonically interesting Christian worship album? It is probably irresponsible not to ask that question, but it’s not for us listeners to answer either.

Draw Me is officially out now.