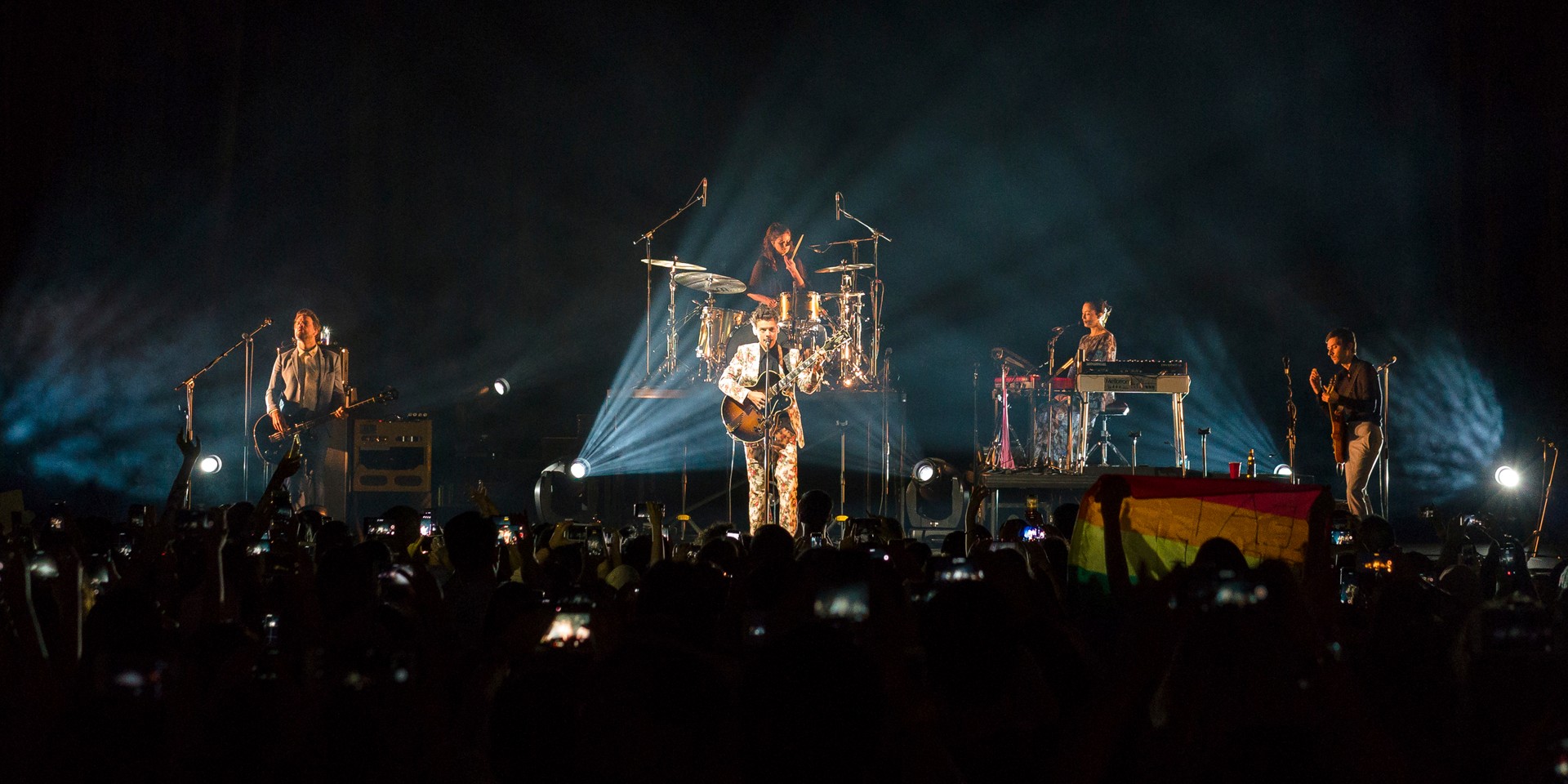 Making good on his promise to come back to the Lion City after his sold-out debut here last November, Harry Styles will return to Singapore to regale fans – Directioners and converts alike – at his upcoming show this May.

We’ve all heard Styles’ backstory as former boy band mega-star turned suit-wearing rock star, but behind every rock star is a band of talented musicians, the unsung heroes of so many successful tours.

We look into the backgrounds of the individuals who have been helping Styles translate his vision for music and performance to audiences around the world, delving into the histories of the musicians who inspire, support, and bring out the best in their young lead singer.

Guitarist Mitch Rowland wasn’t initially meant to meet Styles, but another musician couldn’t make it to a recording session and Rowland had to step in. This simple twist of fate turned into an artistic collaboration and enduring friendship between the two.

At the time, Rowland was working part-time in a pizza shop, but his chemistry with Styles turned into a solid musical partnership, with Rowland co-writing 9 out of the 10 songs on Styles’ debut album, including the smash hit ‘Sign of the Times’.

Sarah Jones’ musical background couldn’t be more divergent from the music she plays now as the drummer of Styles’ band. Whereas Styles’ current sound unabashedly takes inspiration from 70s and 80s classical rock, Jones was the former drummer for electronic outfit Hot Chip and releases her own idiosyncratic electropop-inspired music under the moniker Pillow Person.

Also one of the founders of NFNF Records, which focuses on bass-heavy electronic music, Jones’ involvement in Styles’ band shows that personal music style isn’t an issue when it comes to being a part of a project one believes in.

Perhaps the most worldly of the band’s members, Clare Uchima, who was raised in Japan and Scotland, has traveled widely and experimented in various musical professions.

With experience as a vocal coach, piano teacher, choir director, Uchima also once did backing keyboards and vocals for English poet and musician Kate Tempest. She also used to release solo material under the name Clara Belle before becoming a permanent member of Styles’ band.

If her Instagram and Twitter accounts are anything to go by, Uchima seems to have found her place in Styles’ band as the one giving fans tantalising behind-the-scene peeks of their lives, often sharing #FOMO-inducing pictures of the band’s activities both on and off tour.

An experienced bassist with music in his blood, Adam Prendergast is the brother of ex-Kooks bassist Chris Prendergast and doting father of two. Having been the bassist on tour for indie electronic rock band The Big Pink for a number of years, Prendergast played in Singapore before Styles himself performed here.

The bassist supporting Grammy nominee Lianne La Havas when she was the opening act for Coldplay’s A Head Full of Dreams tour, Prendergast is accustomed to playing to crowds of thousands in stadiums across continents — something he is also no doubt also experiencing as a member of Styles’ band.

Harry Styles will be performing in Singapore on Thursday, 3 May at the Singapore Indoor Stadium with special guest Warpaint. Tickets available here.