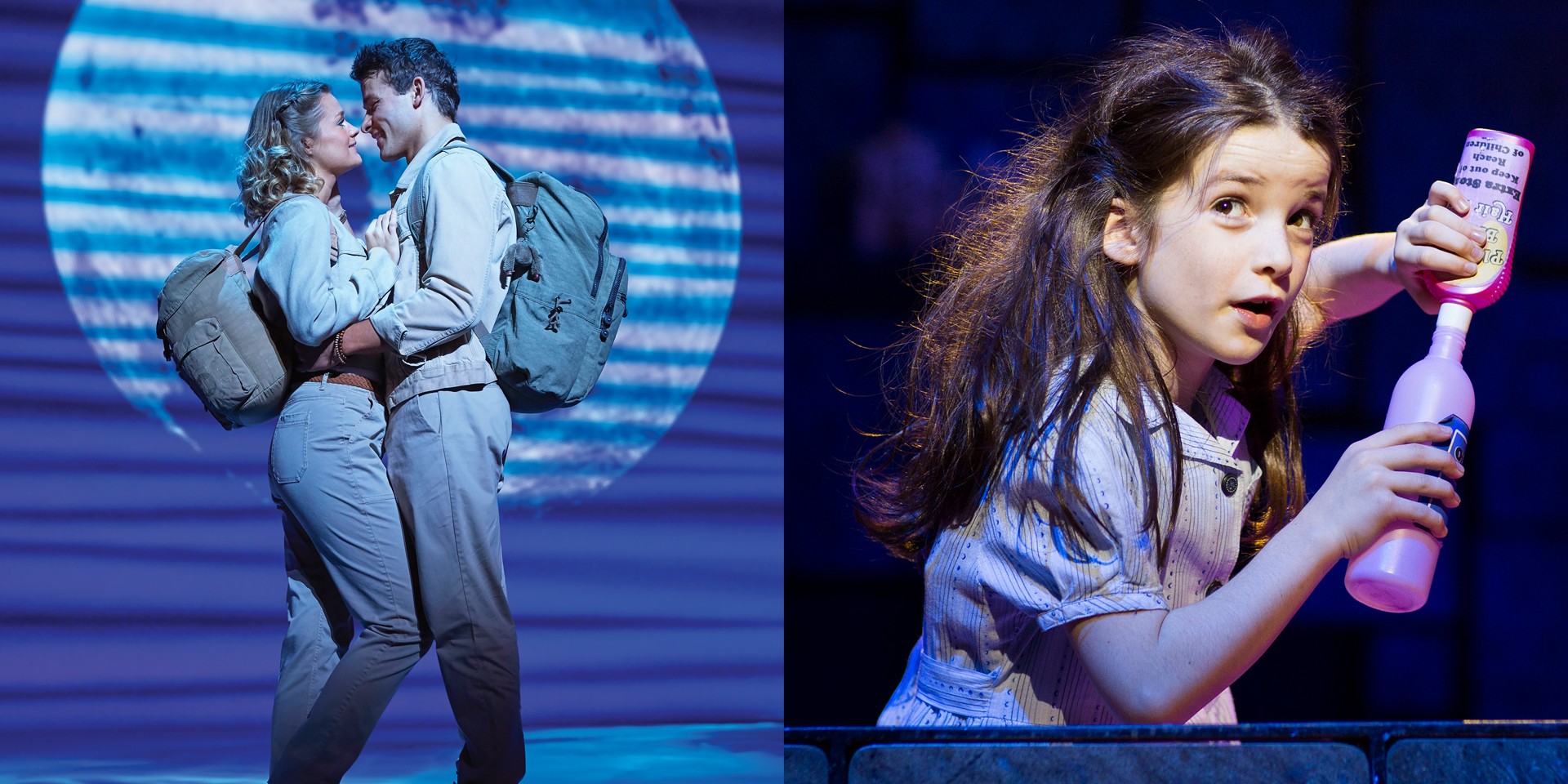 Singapore's entertainment calendar is perennially packed, and musical theatre nerds should be particularly excited with the huge musical productions heading our way in the coming months. Of course, these musicals aren't just for theatre die-hards – you're likely already familiar with them in other mediums, whether that be books or films. There's nothing like seeing these vibrant stories come to life on stage, though. Here are the four mega productions coming to Singapore you might want to treat yourself to. 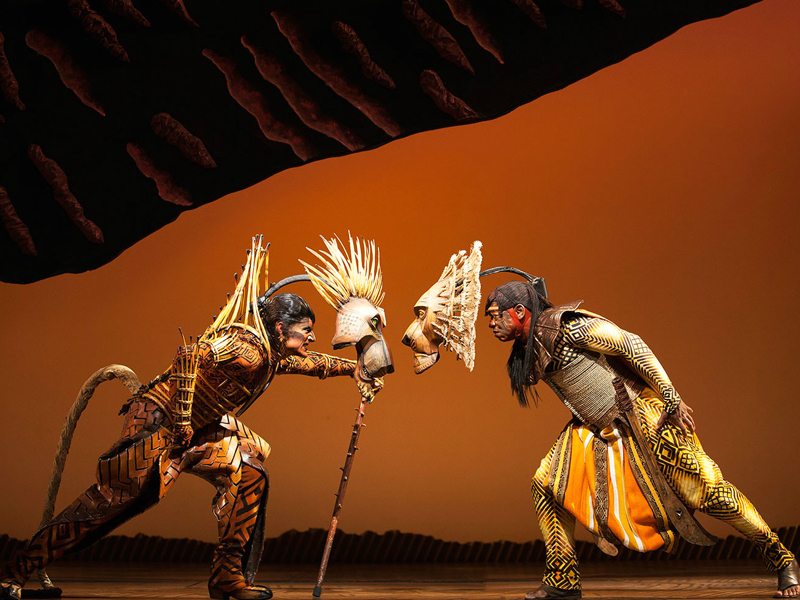 From Aladdin to Beauty and The Beast and even Frozen, it's not at all uncommon for Disney movies to be reimagined for the Broadway stage. But the forerunner and most beloved of them all is The Lion King.

Directed by Julie Taymor, the musical is a greater version of the highly-adored Disney animated film, with its Hans Zimmer score and musical contributions by the legendary Elton John. Started in 1994, this musical is one of the longest-running musicals on Broadway, beating the likes of Phantom of The Opera and Wicked. Back for the second time in Singapore (the musical debuted here in 2011), The Lion King has won over 70 international theatre awards and has been seen by over 90 million people.

Get ready for the experience of a lifetime that the musical has to offer with its breathtaking visuals like life-size puppets and colourful African-inspired costumes, the nostalgic soundtrack and its all-too-familiar but still heart-wrenching story.

The Lion King is running now till 23 September 2018 at the Sands Theatre at Marina Bay Sands. Tickets are available at SISTIC, starting at $65. You can get them here.

Watch the trailer for The Lion King here: 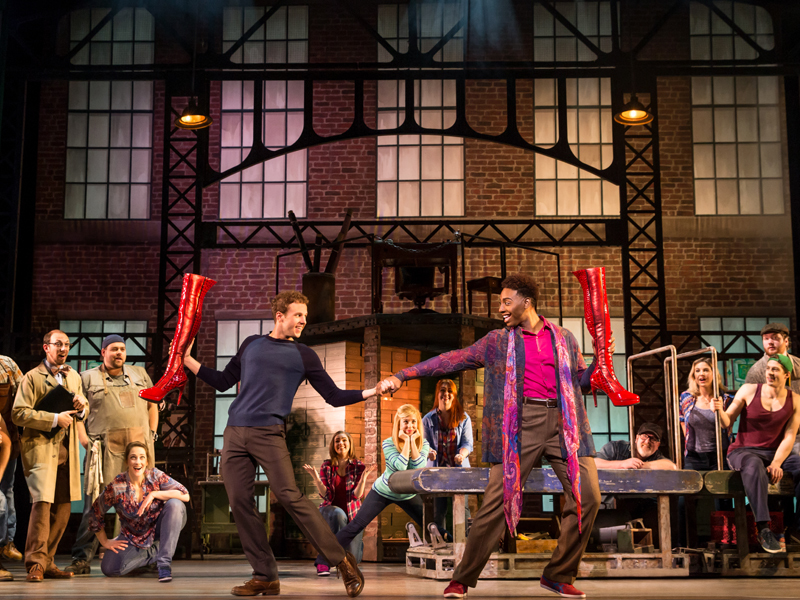 Kinky Boots is the youngest musical on this list – it premiered in 2012 in Chicago – but the production has garnered many awards and been boosted by some serious star power. It makes its debut in Singapore later this year.

With music and lyrics by pop icon Cyndi Lauper of 'Girls Just Wanna Have Fun' fame, and direction by Jerry Mitchell (who worked on Hairspray and Legally Blonde), Kinky Boots won six Tony awards in 2013. The Broadway cast album also scooped up a Grammy in 2014 for best musical theatre album.

The musical cast for the Singapore leg has yet to be confirmed, but regardless Panic! at the Disco fans shouldn't get their hopes up – frontman Brendon Urie wrapped up his ten-week stint as protagonist Charlie Price last August. The musical centers on the character of Price, who inherits his father's shoemaking factory, and his newfound friend Lola, a cabaret performer who helps him revitalise his factory – and discover new things about himself – via a line of high-heeled boots.

Kinky Boots will be running from 5 to 14 October at the Sands Theatre at Marina Bay Sands. Tickets range from S$65 to S$500 and are are available now via Sistic. 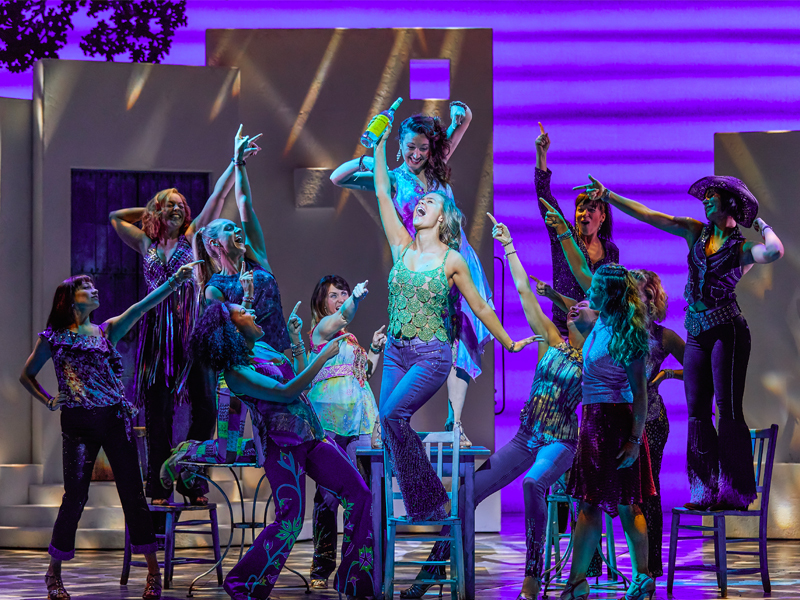 MAMMA MIA! returns to Singapore this November for the first time since its wildly successful run in the country four years ago.

Dubbed the sunniest musical of all time, MAMMA MIA! follows Sophie’s quest to discover the identity of her father on the eve of her wedding, set on a sunny Greek island. In the process, three men from her mother’s past are brought back to the island and…. we'll just stop right there because we don’t want to spoil it for you.

Of course, the musical is an extravagant celebration of all things ABBA. One of the members, Björn Ulvaeus, was one of the producers on the original musical. It will feature over 22 of ABBA’s biggest hits like 'Dancing Queen', 'Take A Chance On Me' and of course, 'Mamma Mia'. The musical is directed by Phyllida Lloyd and choreographed by Anthony Van Laast.

If MAMMA MIA! seems familiar, that's because you might've heard of or seen it it in other forms. The musical was adapted into a blockbuster film of the same name in 2008 with an ensemble cast that featured the likes of Amanda Seyfried, Meryl Streep, Pierce Brosnan and Colin Firth among others. The widely loved film will be getting a sequel, aptly titled Mamma Mia! Here We Go Again, which will see a worldwide release in cinemas soon.

With over 60 million people having watched the musical and basked in its nostalgia, fun and laughter, MAMMA MIA! has solidified its status as one of the biggest musicals of all time.

Catch MAMMA MIA! when it returns to Singapore for a limited run at the Sands Theatre at Marina Bay Sands from 3 to 18 November 2018. Ticket prices range from S$58 to S$752. Get your tickets here.

Watch the trailer for MAMMA MIA!'s highly anticipated return to Singapore below. 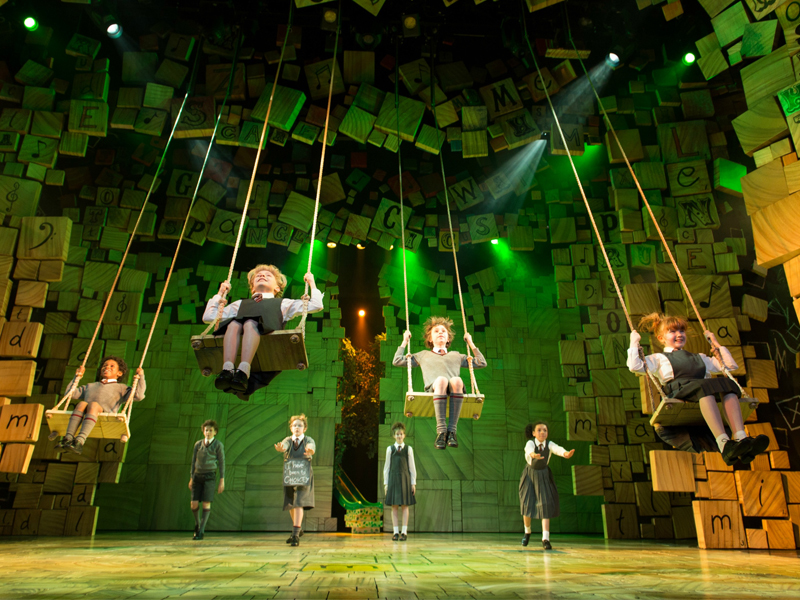 Based on the popular 1988 children’s novel by Roald Dahl, Matilda the Musical tells the story of a 5-year-old girl who takes advantage of her telekinetic powers to overcome obstacles posed by her neglectful parents and tyrannical headmistress. Now in its seventh year running in London, and having clinched over 85 international awards including five Tony Awards, the crew will finally head to Singapore next year.

Playwright Dennis Kelly adapted the story for the prestigious Royal Shakespeare Company in 2009, featuring original songs from Tim Minchin and choreography by Peter Darling. It premiered at the Courtyard Theatre in England the following year, and opened on Broadway in 2013, seeing some 1,555 performances in its five years of running.

Matilda the Musical will be touring Asia for the first time beginning February next year, making its Singapore debut with a 10-day run at the Sands Theatre at Marina Bay Sands.

Matilda the Musical is set to take stage at the Sands Theatre at Marina Bay Sands from 21 February to 3 March 2019. Tickets are priced from S$69 to S$198, and are on sale here.

Watch 'When I Grow Up' from Matilda the Musical below:

What musicals are you looking forward to catching in Singapore this year? Let us know in the comments!