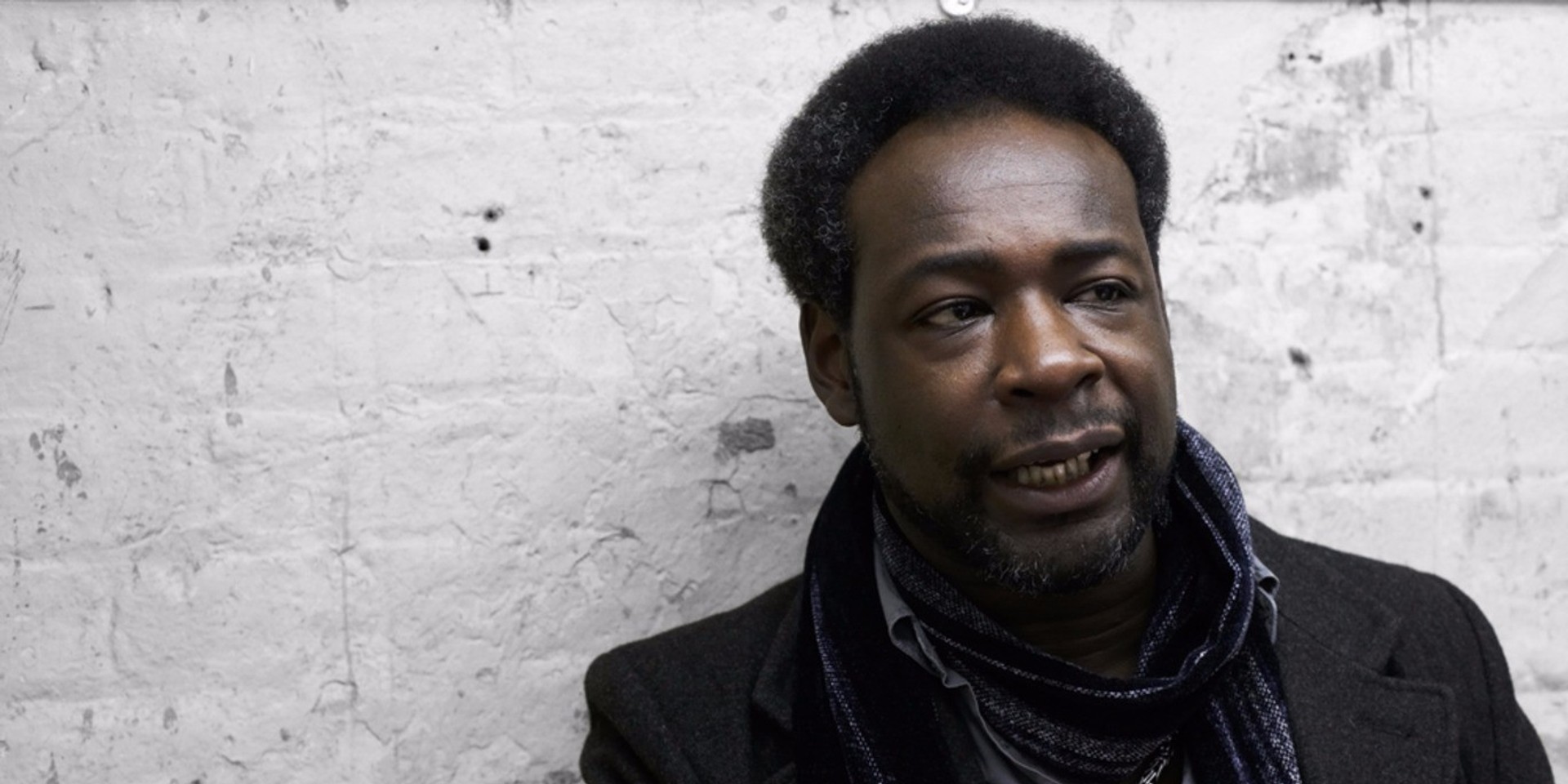 A household name to anyone even remotely familiar with the UK's storied electronic music history, A Guy Called Gerald (Gerald Simpson) was, and still is, a legend.

Hailing from Manchester, Gerald was raised on the the thriving jazz fusion, dancehall and electro funk scenes of his town's sound systems and shebeens; as well as his family's Jamaican musical roots (specifically his dad's blue beat, ska and Trojan reggae records).

It wasn't long before the young man left college (he was studying contemporary dance) to pursue music production more seriously. Inspired by the likes of producers such as Juan Atkins, Derrick May, Kevin Saunderson, and the sound coming out of Detroit and Chicago – Gerald would begin his path to becoming a dance music icon of equal repute.

From his early days in Scratchbeat Masters (a hip-hop outfit built upon cut up tapes and turntables) to the formation of his celebrated group 808 State, the fledging artist blazed the trail for what would eventually become the acid house phenomenon. But as great as his collaborations were, it was his solo work that truly shape the identity of dance music in the 1980s.

Gerald's anthems such as 'Voodoo Ray' helped usher house into the country, connecting his roots from the black club scene within North England (he was reverent to dance crews like Foot Patrol and the Jazz Defektors) to a burgeoning new rave scene in institutions such as The Haçienda.

As his tracks swept the nation, Piccadilly Radio's seminal DJ Stu Allen inadvertently bestowed the newcomer producer his moniker when he told his listeners that a new track he was playing was by "a guy called Gerald from Hulme".

In the decades since, A Guy Called Gerald has continued to innovate and influence, from his invigorating foray into jungle and drum & bass in the 1990s (his 1995 album Black Secret Technology is considered one of the finest jungle records ever) to his more recent techno-centric releases on labels like Laboratory Instinct, !K7 and Bosconi Records.

Ahead of his forthcoming showcase at Kilo Lounge on Friday, 21st July - we spoke one of acid house's founding fathers about what the genre still means to him all these years later.

On the roots of acid house

When I found acid house music, I was stepping away from a system where they used charts. Acid house was a term that was used to describe dance music coming from Chicago at a space in time. We weren’t interested in charts. It’s an alien concept for me that people would want to “listen” to dance music. It’s just like smelling food that was made for eating. The music called acid house was black music — it was made in Chicago for people to dance to in clubs."

On why house music belongs on the dancefloor not the charts

You’re in a ghetto, make your own music, which is your only freedom, it then gets appropriated and monetised and put into charts. Once you’ve got a chart system, somebody else tries to put their importance on the music by putting their own versions of ‘Acid House’ music. Dance music doesn’t belong on charts. Why does dance music sound stupid to most people? It is because they’ve been sold this music as a trend because they didn’t have anything else of their own."

On the genre's impact on a generation

The music was solely for dancing to. Acid house was club music that was played in black areas from Chicago. For young people at this time in the UK, it became something that meant ‘freedom’. Young people were coming together and making massive parties in the countryside and all over the UK. It gave them a certain type of freedom from the mundane living conditions in the Thatcher times of the 80s."

On what acid house means to him

My sole reason to produce electronic dance music is for dancing, it always has been. I am an underground electronic black music producer — an experimentalist. At the time, I started making music that was considered acid house but I’ve always considered my music to be experimental electronic music. For the last 30 years, I’ve made my own style of music. I don’t have any knowledge of anyone else’s music. I only know my own music."

On coming to Singapore

I’m looking forward to coming to Singapore and playing some original black music."