I was kind of glad that she decided to end the night on a brighter note. As Rachael Yamagata huddled up with her 5-piece band around a solitary microphone at the end of the encore, I was already gone. Well, I was still there in the Esplanade Concert Hall, but my mind still lingered on the rest of her set that night. As they crooned a particularly tender rendition of the classic tune 'I Wish You Love', I first thought it was much-needed relief from her otherwise sombre tunes. As the song came to an end and the lights came on, in a daze I figured it was a rather quaint epilogue; a light-hearted afterthought that invoked a strange White Christmas-y feeling amidst the rain and shine of a Singaporean March. But upon hindsight, it was a wonderful way to wrap up all the thoughts muttered, whispered and wailed throughout the evening, like a fitting dénouement to a motion picture. And I’ll explain why in just a bit. But first, the build up.

There is a cinematic quality to her music; that’s one way to describe the sound of the Virginia-born singer-songwriter. Which is probably why her songs have indeed been featured in many a TV show over the years, and it’s easy to see why. When she opened the encore with fan favourite 'The Reason Why' (in which she invited an audience member to come up on stage to sing it with her, and much of our surprise, and relief, she was actually pretty good!) illustrates her eloquence in re-enacting an emotion through her lyrics. We all remember feeling that way about somebody at some point in our lives. And what Ms Yamagata has done is very tastefully turn that moment, when you walked down that quiet road during a melancholic hour to cool off as you try to make sense of your feelings, still freshly baked from the oven of your broken heart, into a well-crafted ode to love and its many mysteries. 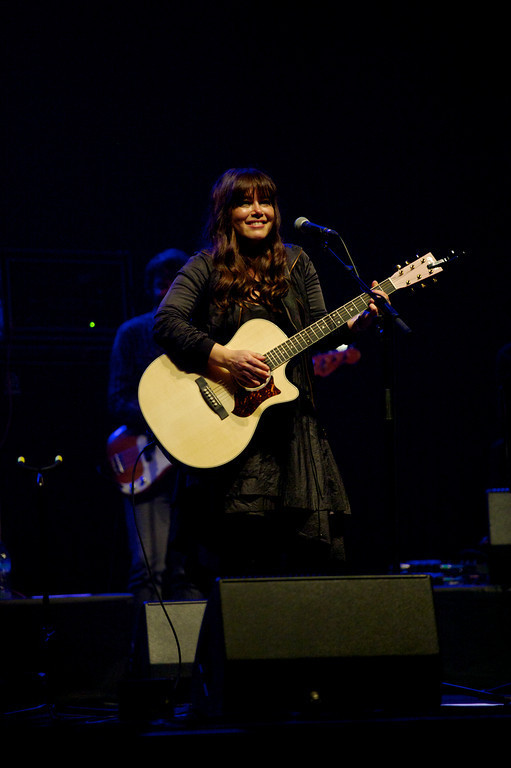 Raw, poignant and sometimes downright tragic, I can see why loyal fans have flocked to see her time and again, this being her 5th trip to our little island. From the spine-chilling first notes to 'You Won’t Let Me', to the charming anecdote behind 'Saturday Morning', there is no doubt that going to a Rachael Yamagata gig is an emotionally immersive experience. On the one hand you’re overcome with a sort of dismal nostalgia, to be strolling down that old road again where all the signposts of your sadness and pain remain standing as epitaphs, as though visiting a museum of your damage. But on the other hand, over the years you realize that these artefacts no longer have that power over you anymore. And hearing her hearty laughter resonating throughout the night seemed to embody just how far all of us have come from that place.

Even Rachael herself agreed that her songs can be rather sappy, but it doesn’t make them any less authentic. Even if everyone seemed to have moved forward, the songs still retain the truths that we imparted them with. And bringing them to life in all their dark and moody glory is her fantastic band, and particularly, guitarist Michael Chavez. His wonderfully eerie guitar work surrounds her breathy vocal musings with a rich mist of ambient sounds, courtesy to a generous serving of reverbs and delays; 'Elephants' was particularly haunting. And from floating along tenderly, he’ll transform into a frenzied soul, shedding agony in six strings in a heart-wrenching solo in the slow jam of 'Sunday Afternoon'. Definitely saw a different side to the mastermind who wrote ‘Furry Walls’ in Get Him to the Greek.

It’s not all misery business though. The comparatively light-hearted 'Saturday Morning' and 'Meet Me By the Water' brought a sprightly upper to a mostly grim set, and… that’s pretty much as happy as it gets. Even in the rosiest of tunes, the thorns that escape her lips still betray a heavy heart trying very dearly to hold on to that elusive moment of bliss. Ok, this is getting WAY too heavy. Starting the night off with her first single 'Worn Me Down', that pretty much set the tone of the evening.

We all need somebody to say the things that we couldn’t so that we can let go of certain things. While she may not have said those things for me, as she did for the rest of the folks in this hall, it was a surreal experience to be a part of this intimate session, to say the least. Let’s just say that you need to be in a certain mood to really take in her vulnerability as you’re supposed to. Those who come in with their hearts guarded might find how exposed she leaves her armoury of emotions a tad intimidating.

And that was why I found her choice to end the night with 'I Wish You Love' to be a particularly poetic one. Because that tune seemed to drive her hymns of conflict to the one thing that the end of every motion picture tries to achieve: resolution. With a final hopeful note, she releases us from a heavyweight evening.

To think all my plan was just to take my girl out to see a singer she liked. 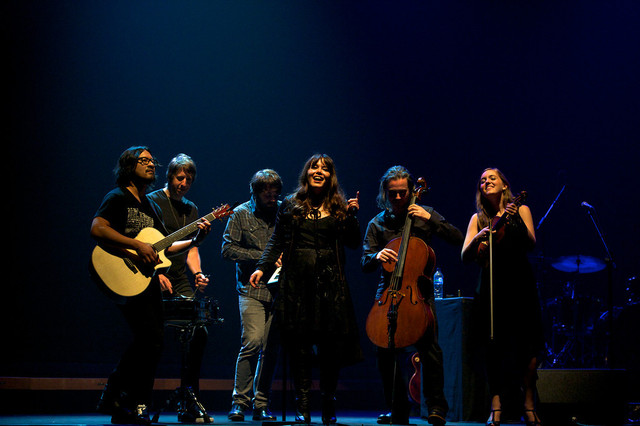 You too can enjoy a heavyweight evening with her latest EP Heavyweight, out now.