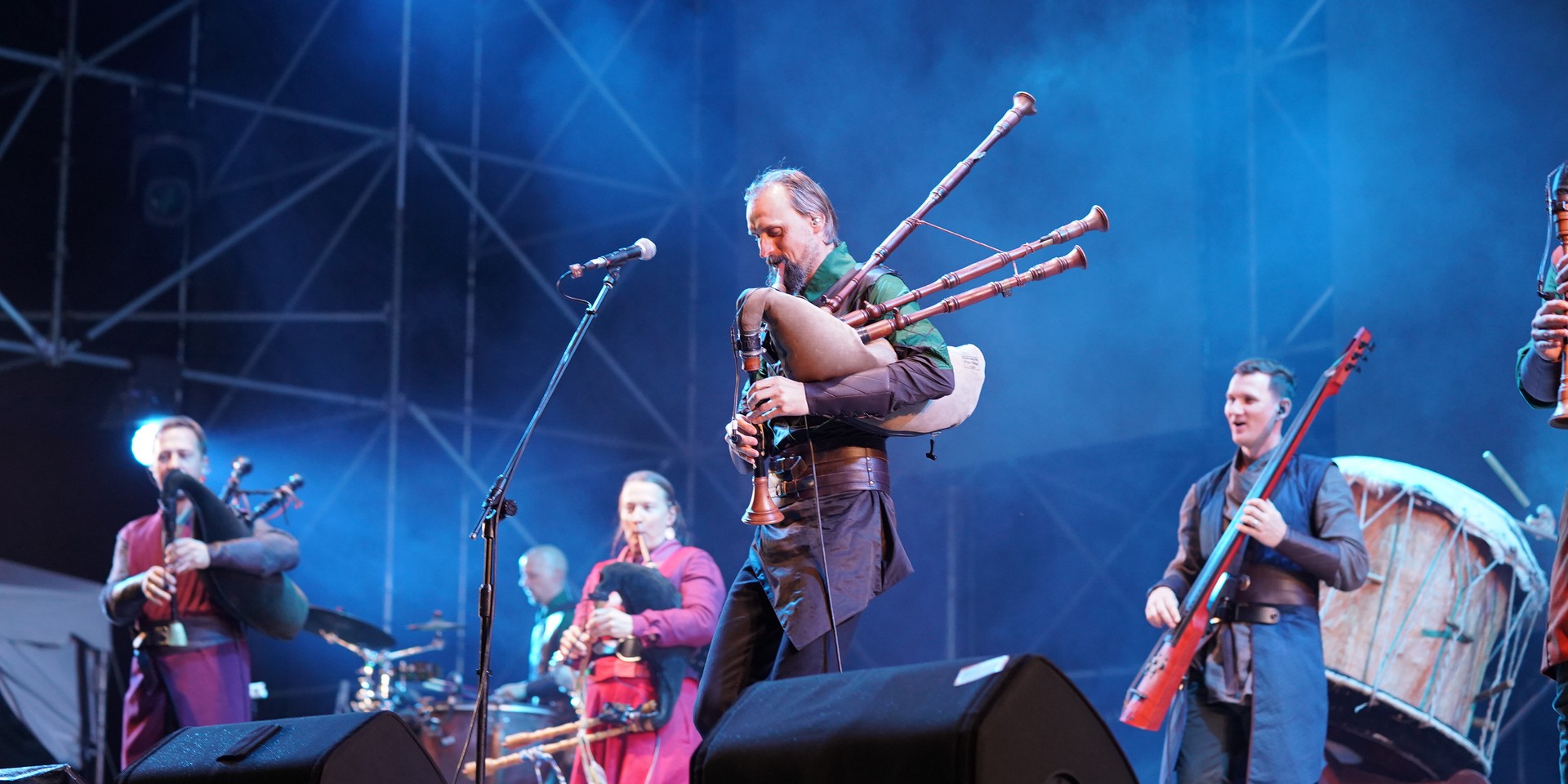 The fourth World Music Festival @ Taiwan was held last month, from 18 October to 20 October, at Taipei's Dajia Riverside Park, a popular park trail amidst the hustle and bustle of the busy city. The festival saw several of the world's most unique acts come together to showcase their cultures and music to music fans of Taiwan. Bandwagon was invited to attend the event by its organisers Wind Music. Here, we take a look back at some of the highlights of the three-day event.

An International Fiesta For All Ages

One thing that really stood out for us was the wide range of festivalgoers at World Music Festival @ Taiwan. We'd usually assume such festivals to be targetted at a younger and more energetic crowd, but the organisers aimed to create a festival that could cater to all ages. To show their commitment to this, the festival was free to enter for young children and senior citizens, resulting in a stronger turnout across three days.

The many international booths and food stalls at the festival bazaar was a main draw for many of the visitors, but what really caught our attention was the enthusiasm of festivalgoers of different ages during the performances. In one particular instance, we caught an elderly man in his 70s raving to some electronic dance music in front of the stage for one of the acts.

Dance Workshops From Around The World

One of the most popular segments at the festival was the four dance workshops conducted by some of the acts. For 2019, the organisers invited Mexican son jarocho band Son de Madera, Latvian bagpipe and drum group Auļi, Estonian folk band Trad.Attack!, as well as an Indian dance troupe to conduct the dance workshops and teach some simple moves from their homelands to the attendees.

Each of these workshops attracted a large group of visitors, filling the tent to the brim. The festival goers could be seen enjoying themselves at these workshops, from the young children to older visitors, as well as many international visitors, all of whom were dancing their hearts out. 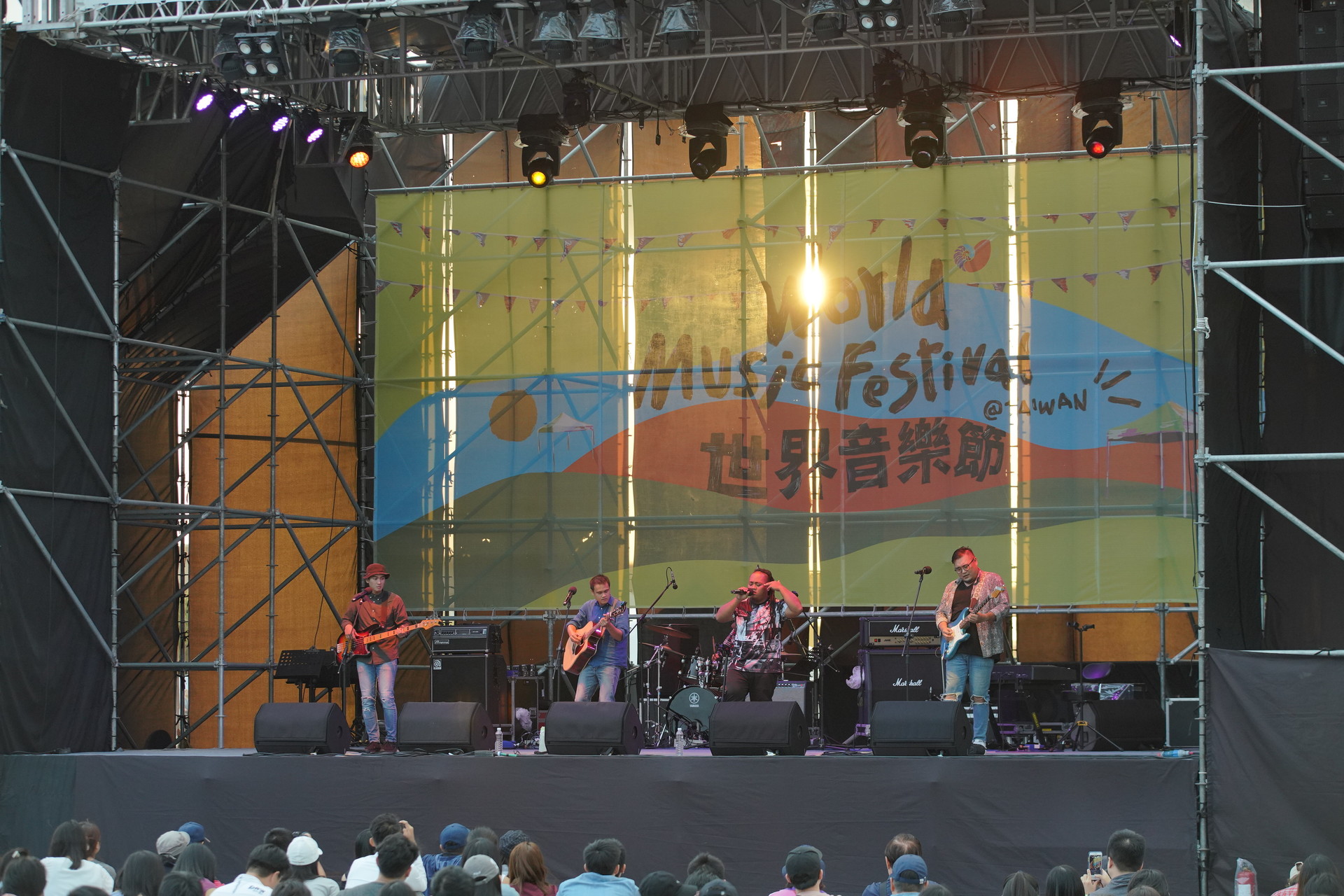 The Best of Taiwanese Music At The Island Stage

Across the three days, the various Taiwan-based musicians that took the stage showcased the best of Taiwanese music for the audience. Many of these acts were aboriginal musicians, and represented the heart and soul of a culture born in Taiwan long before the Republic of China was established.

On the second day of the festival, veteran aboriginal musician Dakanow braved the rain to take the audience into the mountainous regions of his hometown with his nature-inspired music, paying tribute to Taiwan and his beloved homeland.

The third day of the festival continued to impress, with Taiwan-based jazz band Bazaar Mideast Jazz taking the stage. This unique band is made of four musicians hailing from different countries, united by a common interest in Middle Eastern music. With their brand of jazz informed by Middle Eastern undertones, the band provided a fresh sound for the audiences.

They were followed by one of the most exciting aboriginal rock bands in Taiwan, MAFANA, who brought the festival goers onto their feet with their fast-paced and energetic songs. The quintet also took the opportunity to promote its new album, performing one of its new songs for the crowd. 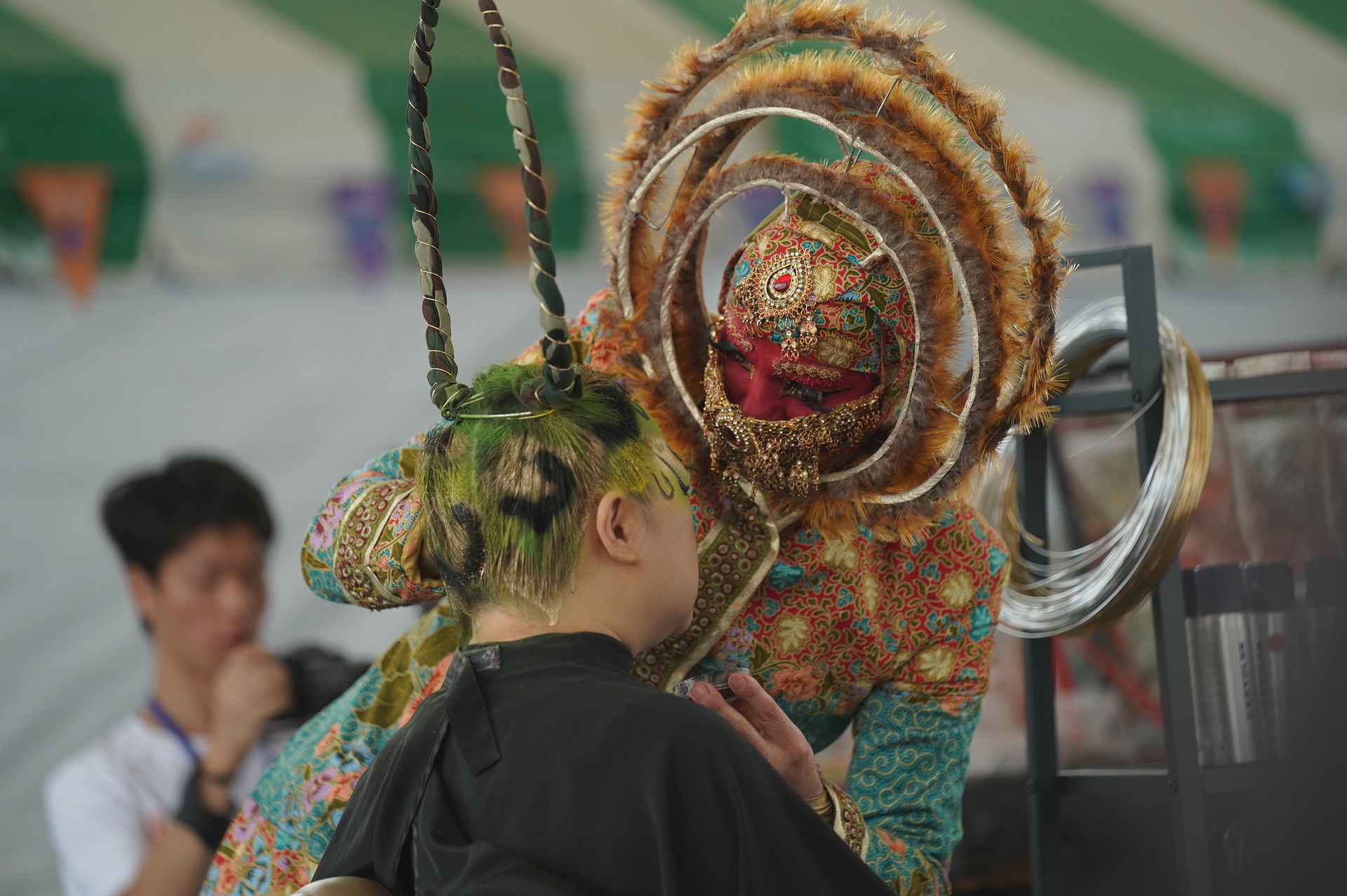 Osadia Brings Art To The Heads Of People

While the World Music Festival is a celebration of different music cultures from around the world, the attractions were not all music-related. One of the most eye-catching performances of the festival came from Barcelona street theatre company Osadia, performing its unique hair art concepts in front of a live audience on the heads of volunteers.

Picking out people from the audience, the artists from Osadia would use their heads as a canvas, transforming their hair and heads into art pieces representative of the festival. These volunteers would then go about their day at the festival with their new looks, essentially acting as walking mascots for the event, and adding a dash of colour and excitement to the entire festival. 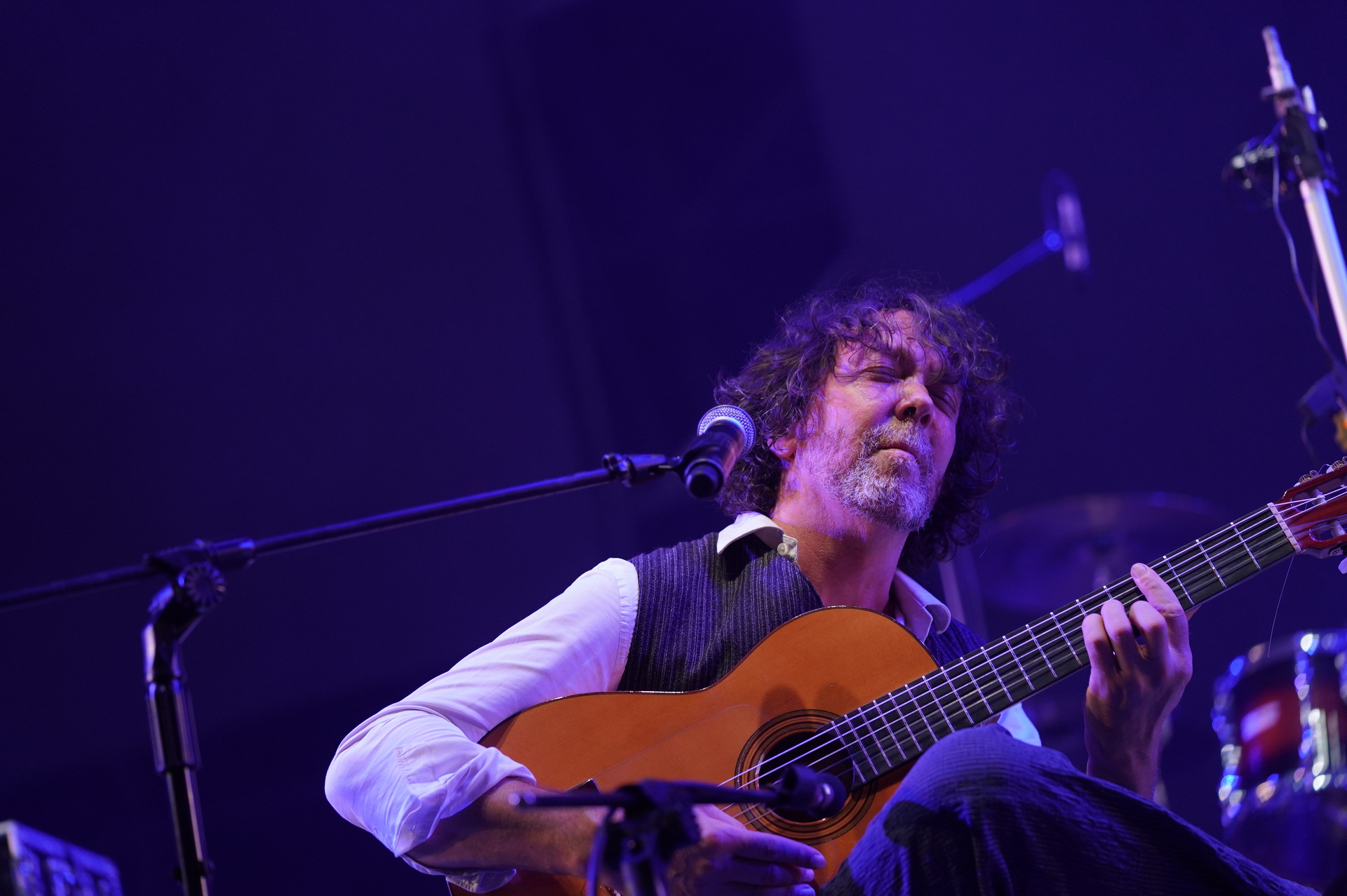 A Gathering Of World-Class Musicians

The World Music Festival presented the audience with some world-class acts live in action.

One of the most amazing performances of the festival came from supergroup Mathias Duplessy and The Violins of The World. Formed by French guitar maestro Mathias Duplessy, the project invites some of the greatest string instrument musicians from around the world to come together and perform. For the World Music Festival, Mathias Duplessy was joined by Tunisian violinist Zied Zouari and Mongolian morin khuur and throat singing specialist Naranbaatar Purevdorj.

The three instruments combined together perfectly as the three masters showed their expertise and rapport, bringing the audience around the world, with pieces inspired by horses running on the Mongolian grassland, and even a tribute to kung fu master Bruce Lee.

Unfortunately, Chinese erhu master Guo Gan was unable to join the group for this performance, leaving us to wonder what could have been.

Another exciting performance from the Earth Stage was The Raghu Dixit Project, hailing all the way from India. Band leader Raghu Dixit is a household name in India, and is currently touring the world with his band. Raghu had unfortunately lost his voice on the first day of the festival, but thankfully recovered in time to take the stage on Day 2 of the festival.

Seemingly in a good mood, he was able to perform some of his best songs and constantly engage the audience, often joking with members of the audience and even teaching one of his songs for a huge sing-a-long session.

Of course, the world-class performances were not just limited to foreign acts. The Earth Stage also featured some Taiwanese performers who were world-class in their own right. Taiwanese pipa expert Chung Yufeng was on stage to open the festival on the first night alongside Swedish trio Sotali. The combination of the traditional pipa and another traditional Scandinavian instrument, the nyckelharpa, was flawless and the musicians brought a modern twist to these traditional sounds. In a festival that celebrates the diversity of music from around the world, this was a true cross-country collaboration befitting the event.

On the final night, the Earth stage welcomed another world-class Taiwanese performer, aboriginal R&B artiste ABAO, who has been spending the last few years bringing Taiwanese music to the rest of the world, performing at many international music festivals, such as the Glastonbury Festival.

ABAO has successfully rebranded aboriginal music, often seen as traditional and old-school, by adding a modern R&B twist to it, and has garnered many fans in recent years. On a stage that has seen so many world-class performances, the singer did not shy away, bringing her most popular songs to the audience and getting them on their feet to sing and dance along with her. 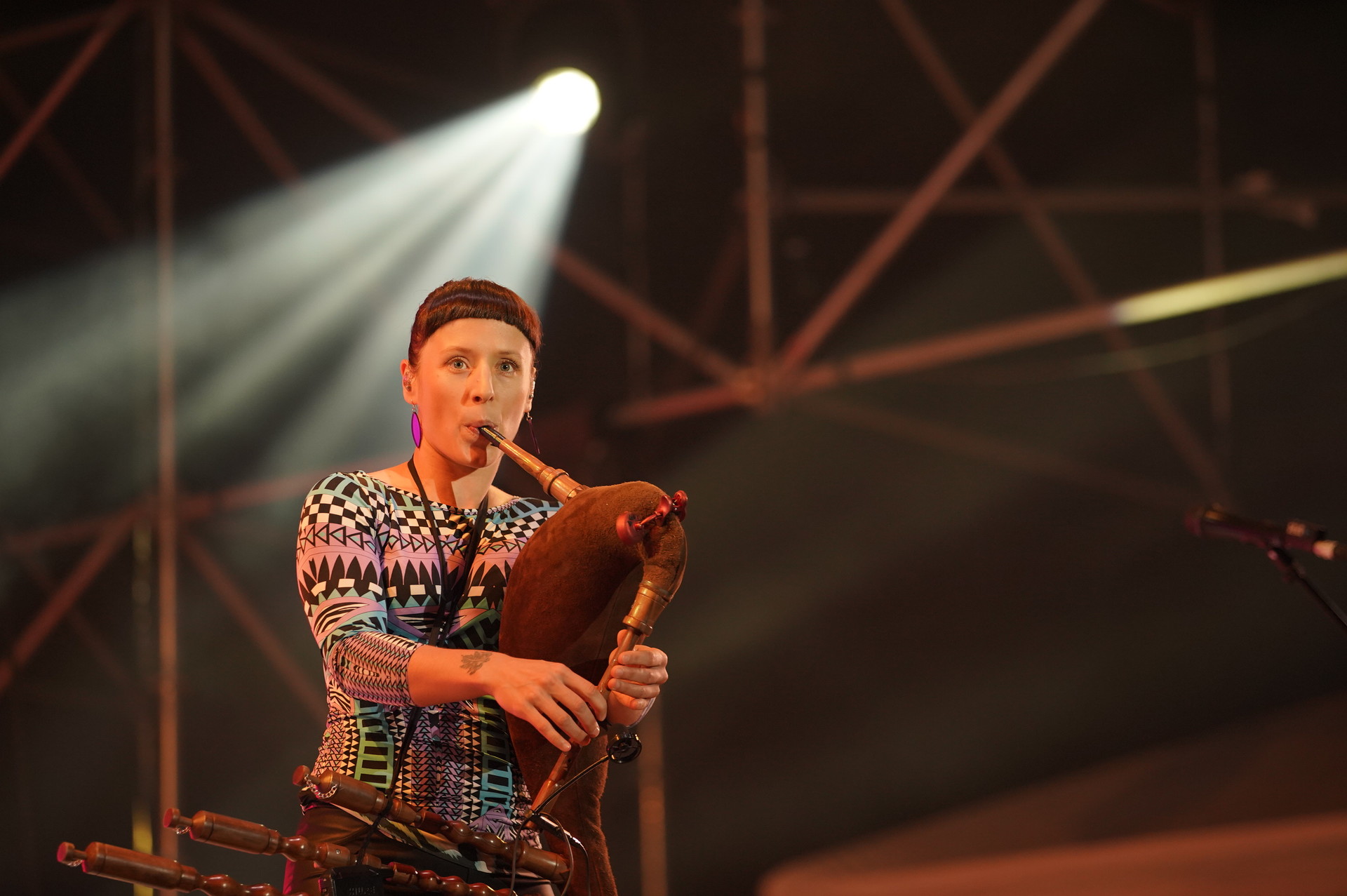 Two of the most outstanding groups at the World Music Festival hailed from the Baltic region: Latvian bagpipe and drum band Auļi and Estonian folk band Trad.Attack!.

Opening the Earth stage on the second night, Auļi immediately caught the attention of the audience with their unique group composition of six bagpipe players, three percussionists and one cello player. Aside from its unique music, the band also kept the audience engaged in many ways, teaching them both traditional Latvian songs and dances, and even getting the audience to form a huge circle around the festival space to dance to its music.

Trad.Attack!'s was the last performance of the entire festival, and what a way to go. Compared to their Latvian counterparts, the trio seemed much smaller, but did not lose out in their stage presence. With a wide range of unique traditional Estonian instruments, including the bagpipe, Trad.Attack! kept the audience on its feet constantly, and guitarist Jalmar Vabarna even jumped down the stage a few times to be close to the audience, treating it to a breathtaking closing of an amazing music festival.