The myth that Taylor Swift only attracts pre-teen girls in her audience is not totally true, because bizarrely enough, I saw people right into their mid-20s and 30's WITHOUT kids in tow in that 8,000 strong crowd on Monday night! And honestly, they have every right to be. Admittedly, unfitting with this writer's dark, moody persona and at the risk of eliminating all street credibility left in her, I'm a closet Swift fan, and I have been since “Teardrops On My Guitar”. I confess that I may or may not have teared up when she played it live. After her last performance in Singapore in 2011 she has grown from strength to strength, evolving from the young, doe-eyed country girl performer into a somewhat more self assured, confident adult pop starlet.

And that self-assurance shows. The RED tour, the promotional tour for the album of the same name released two years ago, pulls out all the stops and dazzles for her crowd. The abundance of both young girls and boys dressed up in red, complete with fan signs and even tutus for a few, swarmed the crowd and screamed, yelled, shouted, and even took the opportunity to take a selfie at any mention of her by the opening band, who were doing their best to warm up the audience. When Taylor finally arrives on stage later it is to a full backing band with 20+ dancers with some also eventually doubling up as stilt walkers, 1 drummer, a bassist and stunningly enough, 5 guitarists, one who was multi talented enough and also bravely took on the violin while dancing, accompanied by a dubstep backing track. 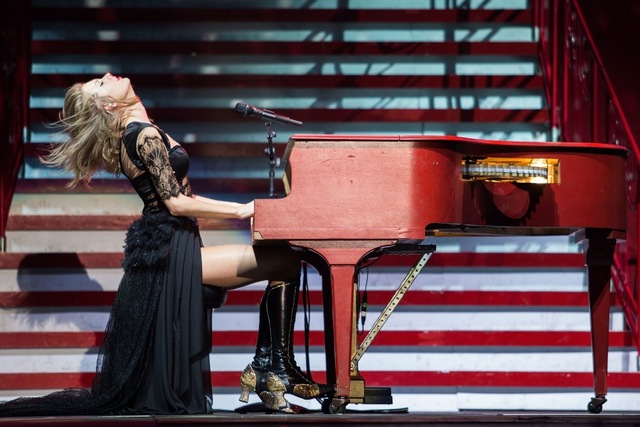 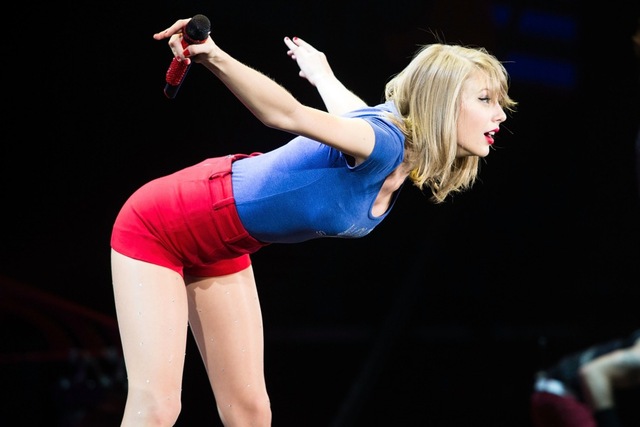 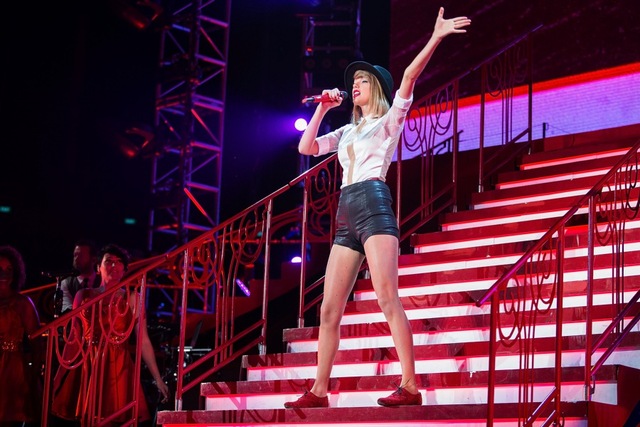 Taylor, who has been quoted as saying that this tour is nothing like she's done before, is certainly right. Much like her previous albums, this album is autobiographical - and probably, this is the one thing that makes Taylor stand out from the rest of mainstream artists today - her honesty. And in this day and age - it's a revered quality, especially amongst the younger market that she caters too. Naturally, her albums focus on the puppy love and the throes and angst of love and growing up - but in this album, RED showcases the evolution from a younger, more awkward girl to a more defined, mature Swift - there is a certain sultry edge that is felt in her recorded vocals, beneath that doe eyed look on stage, and even in her confidence in her live performances on stage. Swift casts knowing glances, stalks the stage and the catwalk, complete with dance moves that may or may not raise a few eyebrows of some parents in the audience. These moves are performed to the smash hit “We Are Never Ever Getting Back Together", a pop anthem with Swift biting and breaking hearts, left right and center. Swift owns her audience, and she knows it. As overheard by a friend after the show, "she has this positivity that I like."

But then again, isn't that the power of Taylor Swift? We, the masses - so enthralled with a young country star who we've watched grown up into a pop starlet, willing to lay her life out in her songs and performances as catharsis, and to further inspire other young girls, watching in the crowd, wishing it was them on that stage - to write their songs on their guitars in their rooms, and live their lives as honestly as she does. And that's the fun part about watching Taylor and her life so far - you never know what's going to be next, and the stories you get to hear in the albums to come.

She Belongs With Me

OH. MY. GOSH. My squeaky new phone felt 2 kilograms heavier and those hands starting to shake, while reminding myself not to drop that device AT ALL COSTS.

I had just met the biggest female pop star on the planet.

So we were there at the stadium early and led into a room, short of everything but our clothes and phones. Told to stand in line outside an area built with metal scaffold, covered entirely in black cloth. I would've heard it if even just a pin dropped on the carpet. The atmosphere was tense, with everyone wondering what lay behind that piece of nylon. Was it a pre-meeting area, was Taylor inside, could it be a madam tussauds type wax figurine (yes, someone actually said that).

Slowly we started inching forward in the queue. You could hear people gasping, sounding like they'd hit the lottery, while at the same time trying to control their volume in view of how silent the place actually was, and how clear every shriek could be heard.

It soon became clear who was actually behind that curtain. It started drizzling in my palms, and my mind starting seeing white. What should I say. "Oh hi, you look rather nice". "oh i love that song you did"... 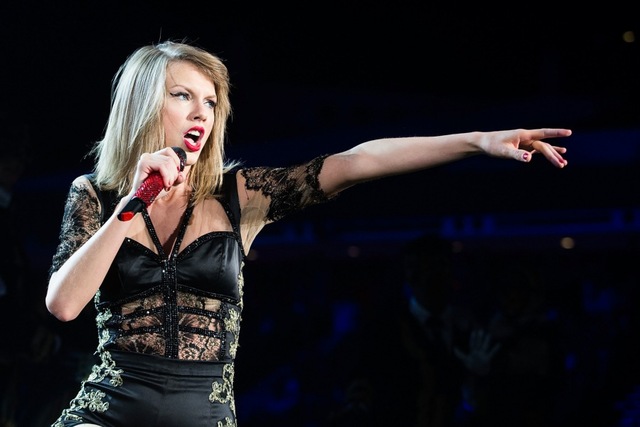 Turning to my reporter friends, hoping they must have some intelligent Taylor-tailored one liners, suddenly everyone went silent on me. I knew I was on my own on this one.

Well truth be told, Taylor was as down to earth as you could expect of a good friend. Taking the initiative to walk up to a pair of nervously shaking 5 year old girls who were looking up at what must seem literally like a giant pop star (no pun intended) that came out of the tv.

I can't remember what exactly we blabbered, but I swear we got into a good groove. I was about to throw up the lame "chilli crab" card. Come on, it was the RED tour after all. But alas, it was time for the others behind me. I proceeded out to collect my autographed poster, while chastising myself for  forgetting to leave my number, or at least a business card Mr CEO. What happened to all that networking practice.

All was left was enjoy was the show, memories of my magical monday evening, and that signed poster which now sits on the wall in front of my desk. 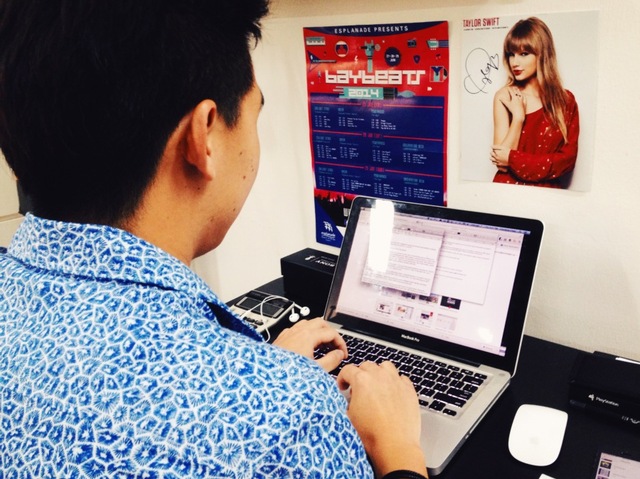