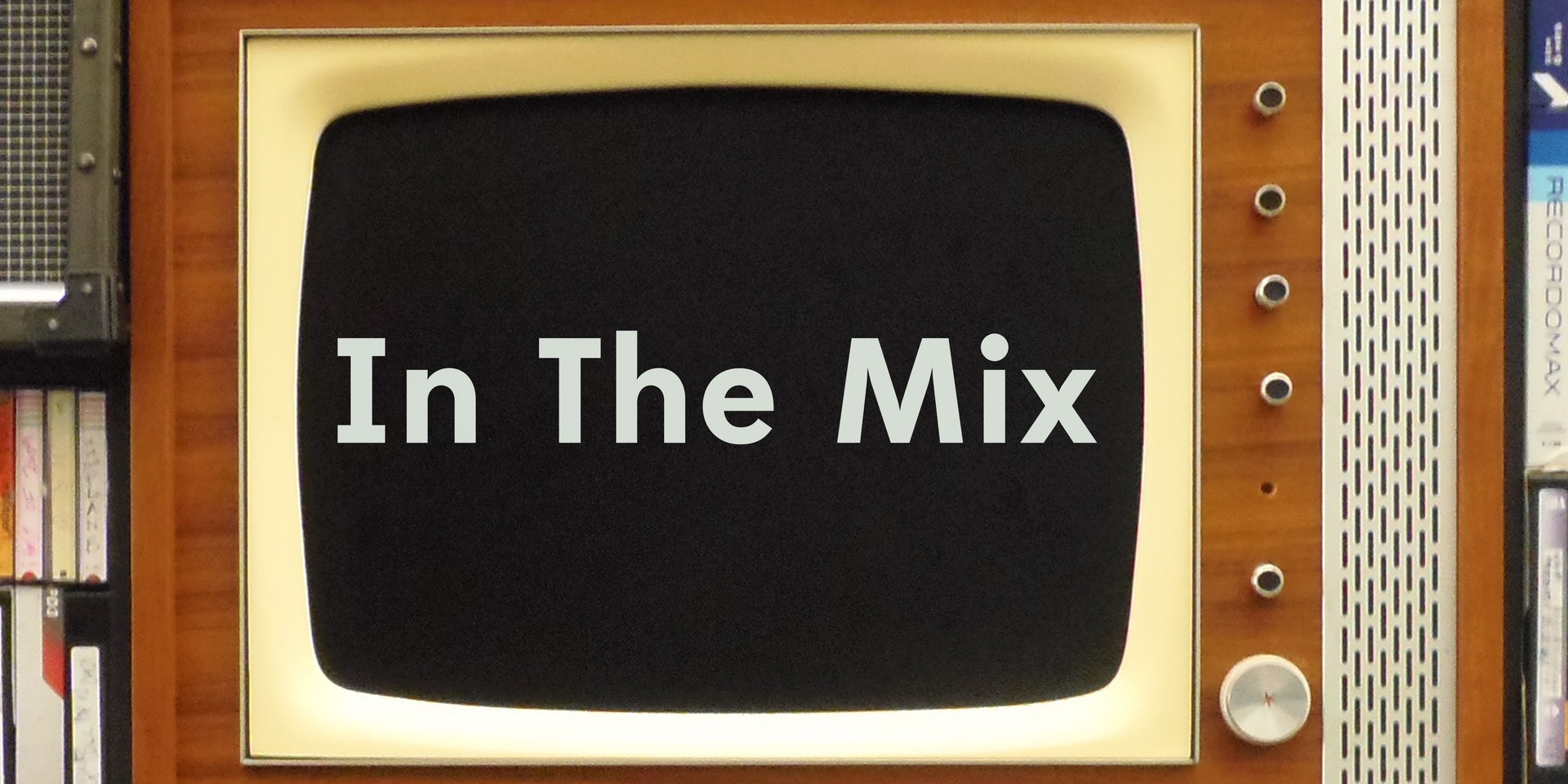 Concerts, come as they may, are building blocks of an artist’s trademark in the industry. Each show is orchestrated with a direction they’ve traced out from when they began. It’s their own livestock branding to the musical bovine that cultivates the landscape of their career. Whether it’s a dandy sequin-spangled onesie or a guest appearance from long-term retirement, musicality stitches these bits into a quilt. Behind an outstanding musician is a show that is so good that fans thought it was inconceivable.

MMI Live and Ovation Productions fuel our expectations with the roster for their indoor music festival, In The Mix. As diverse as it has gone to, it’s a treat for music fans of various cliques to watch their favorite artists live and to bask into the glory of acts they have probably never heard of. We’ve picked a couple of iconic performances from each artist. Each have contributed to their trademark in the industry, and depict their current status. It doesn’t matter if it’s critic-proof or a crowd favorite. This proclaims that you don’t have to set your guitar on fire to make your mark and be a legend. 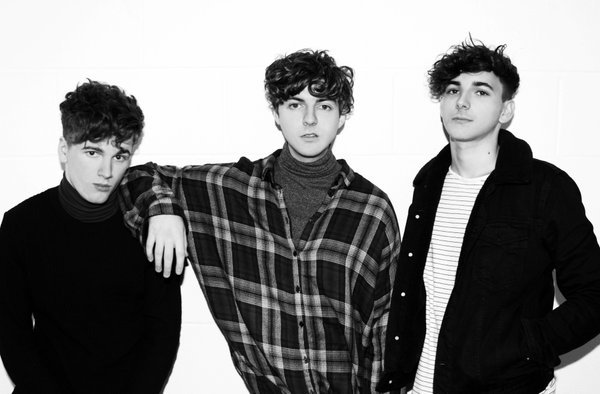 Fresh cuts from the market are usually the best, because you have nothing but a brand new texture to look forward to. Glasgow-based indie electronic band Twin Pines are the new kids around the block playing tunes that kids these days would wear dancing shoes for. The trio has named themselves in lieu of the Twin Pines mall from their favorite film Back To The Future. This matches how youth-driven and anthemic their songs are, such as Streets Alone that celebrates solitary walks and an emotional trail of thought. Frontman Barry Morrell’s voice harmoniously with the electronic drums that deliver the beauty of speed and sound.

This is their fourth gig and first show at their hometown. They opened for The Bardogs, and of course Dundee indie band The View at the O2 Academy. Their first Glasgow show established as the ultimate debut of the band as they exclaim that they are currently running back and forth to the studio in preparation to release a single soon. They also covered Kate Bush’s Running On That Hill, and word on the street says that it was astonishing. 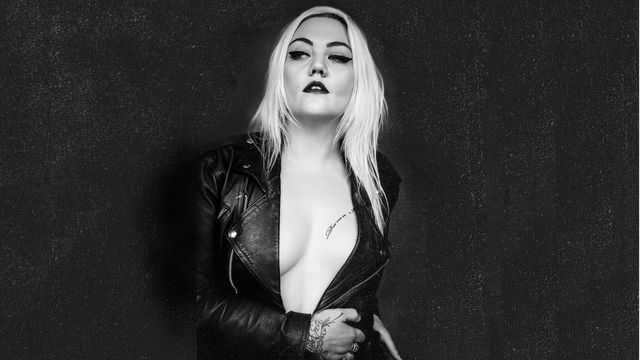 Don’t be fooled by this bubbly blonde bombshell. Elle King can twist the knickers off country, soul, rock, and blues given at any time of the day. The debut of her EP, The Elle King, has paved a way for her sound to stand outside of her studio and VH1’s Mob Wives Chicago. “I might curse and drink too much, but I’m not afraid of hard work”, as Elle claims during an interview.

Her single Playing For Keeps has enough vigor and hints of sass to withstand a storm of derogatory feedback. She has also shared the stage with fellow In The Mix artist, James Bay, for a rendition of Ike & Tina Turner’s Proud Mary.

Her performance for this show presented how soulful she is on stage, and how she doesn’t restrict herself from having a good time. Hence, giving everyone a good time as she performed Ex’s And Ohs. She doesn’t walk the walks; she flaunts the streets and clicks her heels before she leaves. Elle King’s style is rounded about singing how you’ve broken hearts and had your heart broken, while wearing a well-decorated leather jacket with holding a glass of Dom Perignon. 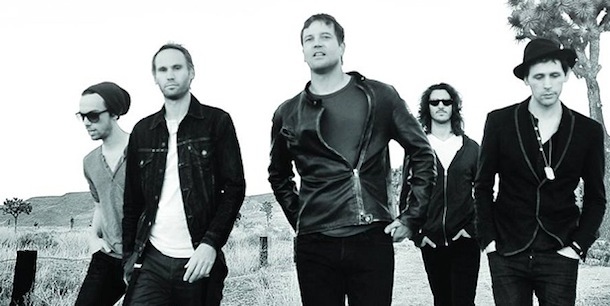 Third Eye Blind hadn’t produced Ursa Major or Dopamine at the last time they performed in Manila. Years have passed and a healthy dose of nostalgia seems to work like a miracle every time Stephan Jenkins had a bright idea. Rock music has perpetually relived experiences we found inconceivable and unforgettable, from Sixpence None The Richer to Wheatus. And at times, these turned out to be the OST of rom-com flicks in your library that never left.

They played this show along with Dashboard Confessional, which tugged heart strings that the crowd enjoyed and savored in each second. As there were fans in their 20s to 30s, there was also an abundance of teens all over the venue that fed themselves quintessential alt-rock. Jenkins’ voice seemed to barely age, or aged like wine rather. Fans were pumped by an energetic Blinded and lost self-composure over Losing. Then as everyone had settled their place and time, even memories of broken music players and long evening drives had revisited the most gleeful faces. 3EB came back for an encore of none other than Semi-Charmed Life.

PANIC! AT THE DISCO

You don’t need to book a trip to Vegas when Panic! At the Disco has got you covered. From the lights to the sounds and the very attractive outfits that will make your dusty closet weep, you don’t have to rob a bank to experience these. This band travels through time without the need of The DeLorean. Their last show in Manila had every member rocking fringes and 60s-themed apparel. All you need is to peek through the hole in the wall, and a cabaret with Brendon Urie serenading awaits. Despite the reconstruction of members of the band, and a constant experimental trade of creating new tunes, they never fail to deliver all the paisley and glitters you secretly crave for. Their live performances with artists such as Chance The Rapper and Halsey have caught the attention of the public enough to make this band a mystery we can’t stop solving.

Theatrical. That’s what these boys serve hot on a steel plate with LED lights to match. Too Weird To Live, Too Young To Die was growing on fans around this time. It was reflective of all their past albums and considered a great peak into their artistic direction. Not even Urie’s silver blazer had outshone the set that comprised of Ballad Of Mona Lisa, Girls/Girls/Boys, and the ecstatic summer-injected Nine In The Afternoon.  They covered Queen’s Bohemian Rhapsody while each member of the crowd that knew it by word had lost a jaw out of awe. They closed their set with the single that bagged their first VMA, I Write Sins Not Tragedies. 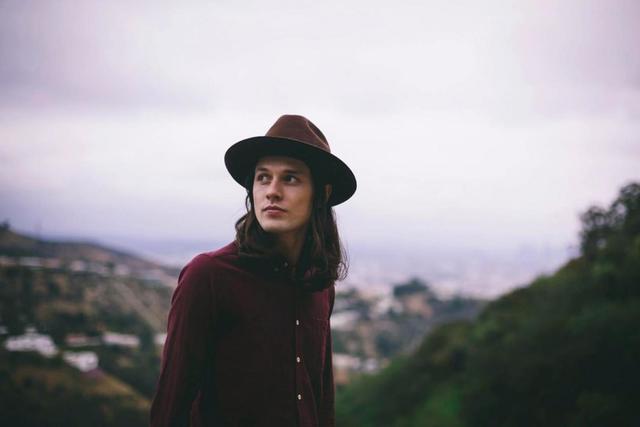 It doesn’t take a huge amount of backtracking to discover a talent as remarkable as James Bay. He doesn’t hold anything back with his bluesy voice. Aside from bagging the title of British Male Solo Artist at the BRITs Awards 2016, he has won millions of fans with his heart-wrenching sets. Chaos and The Calm has brought quite a storm with its structure as a hauntingly beautiful portrait of an old soul. Indie folk rock has reincarnated with cherubs planting work stations in musical instruments and vocal ranges through timeless Clocks Go Forward or confession turned proclamation like Let It Go. His shows feel intimate even if he’s facing a massive crowd.

Now picture this: two old souls meeting at a park and singing away their woes like lullabies whispered to the wind. James Bay along with the face behind Unbreakable Smile, Tori Kelly, wooed the crowd away as they performed tracks such as Let It Go and Hollow. James creates a foundation that lets other artists cradle along the spontaneity and delight of his music. It’d seem like a performance in an underground English pub with low lights and draft beer, but this was during the Grammys. 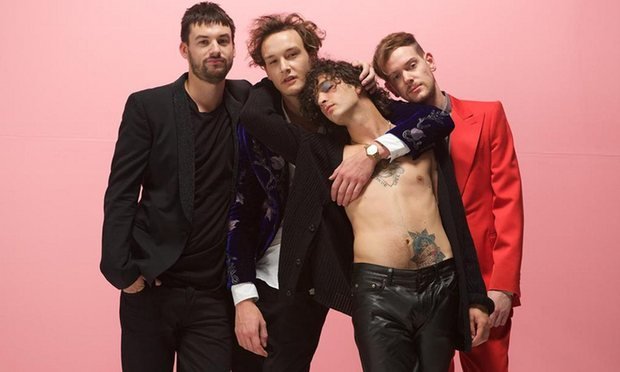 Not too long ago (last year), The 1975 brought a curtain of teens dressed in black from head to toe altogether for their 2nd tour in Manila. From Ayala mall-hopping to setting a stone in MOA Arena for a solo show, these boys from Manchester aren’t messing around with their messy hair and ripped skinny jeans. Their performances made every inner conflict you’ve had non-existent, especially when Matty asks for the crowd to put down their gadgets during certain songs. But right after so, he asks everyone to bring it all back up to create a pool of bright lights. After releasing their second album I like it when you sleep, for you are so beautiful yet so unaware of it, an instant image reboot occurred and everything seems to look pretty in pink. Soon enough, they had crafted a noir-based music video for A Change Of Heart that captured the bridge of their transition.

Before the official worldwide release of the said album, they dominated the iconic US show Saturday Night Live. Their set design has always been placed with simple frames of lights and nothing more. They performed two tracks off the album, Love Me and The Sound. It was unconventional and pleasing as what used to be tears on the dance floor have converted to a playground of euphoria. This welcomed a new era of The 1975. Time to ditch the black shirts more white or pink ones.

In the Mix, presented by MMI Live and Ovation Productions, is happening on August 18, 2016. Tickets available here.