Friday finally came. I was very much looking forward to this gig after missing out on their first performance at Zouk in 2009. Having followed The Mystery Jets since Twenty One (2008), I was curious how their latest foray into American culture would turn out. Would their special verve of indie-rock electronica and American twang spawn a successful 4th album?

As the guitar rift to the start of ‘Someone Purer’ begun, the lights came on exposing the band’s new look. Swapping their black leather jackets and faded t-shirts with western shirts and embroidered yokes. Besides the musical backing to their latest album, Radlands and the future, The Mystery Jets have created a rather affective narrative about a wandering musician and his many failed relationships. Best thing? They brought us along for the ride.

Starting the set on a high, Blaine Harrison recounted the lyrics in ‘Someone Purer’ like a lonely traveler in search of catharsis referencing a creek where he’ll “wash his sins and sleep”. And you can almost feel the pain of collecting one’s belongings from an ex-girlfriend’s place in ‘Greatest Hits’ as the Blaine recounts the memories of “buying you Band on the Run on the first day that we kissed”. Sometimes the hardest part is at the very start eh? 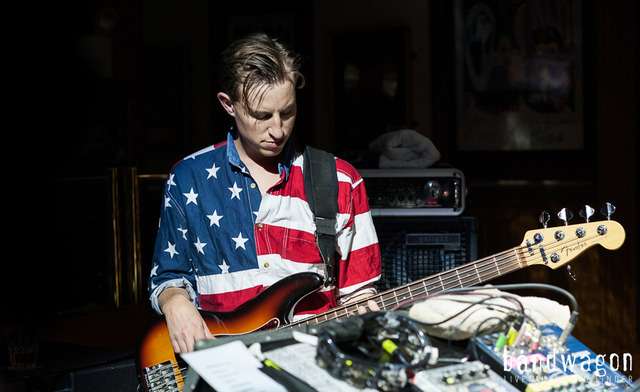 As the desert landscape references and southern twangs reverted to the band’s more familiar progressive rock leanings in ‘Serotonin’. The music and mood took on a lot more bass, doused with heavy 70s guitar rifts, the crowd sang along to the words, “Sera, seratonin”. There is a particular charm about the band in their ability to invoke fun all throughout their exploration of different musical styles and continents. The feel good factor was peaking even at the second song. And for anyone in love, Blaine had 'Flakes' to offer, a full-on proper sentimental ballad and a song about broken dreams and heartache.

Halfway through the concert, the electronic drumbeat intro to ‘Young Love’ came on as the band’s older fans started jiving and singing “If I only knew your name I’ll go from door to door”. The crowd took Blaine’s advice - "this is a song you could really dance to" - when it came to 'Two Doors Down'. The crowd duly complied, making use of whatever standing space they had. 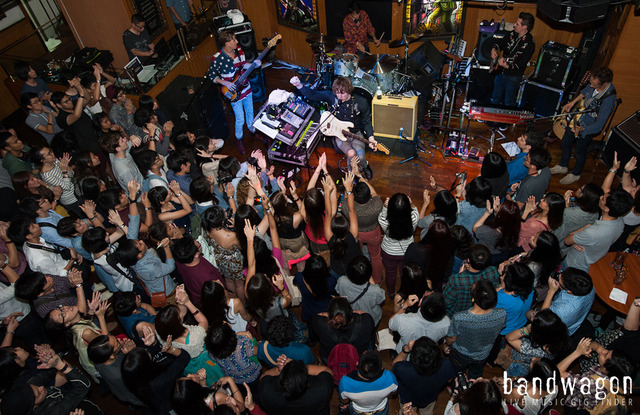 The night ended too soon as the lights went out, the band singing 'Luminescence' in the dark. Music was simply made for the ears and in the darkness, the crowd, unhurried in taking photos with their DSLRs took in the sweet tunes of acoustic guitar and Hawaiian guitar rifts alongside Blaine’s emotional rock vocals; our road trip to the Radlands had come to an end.