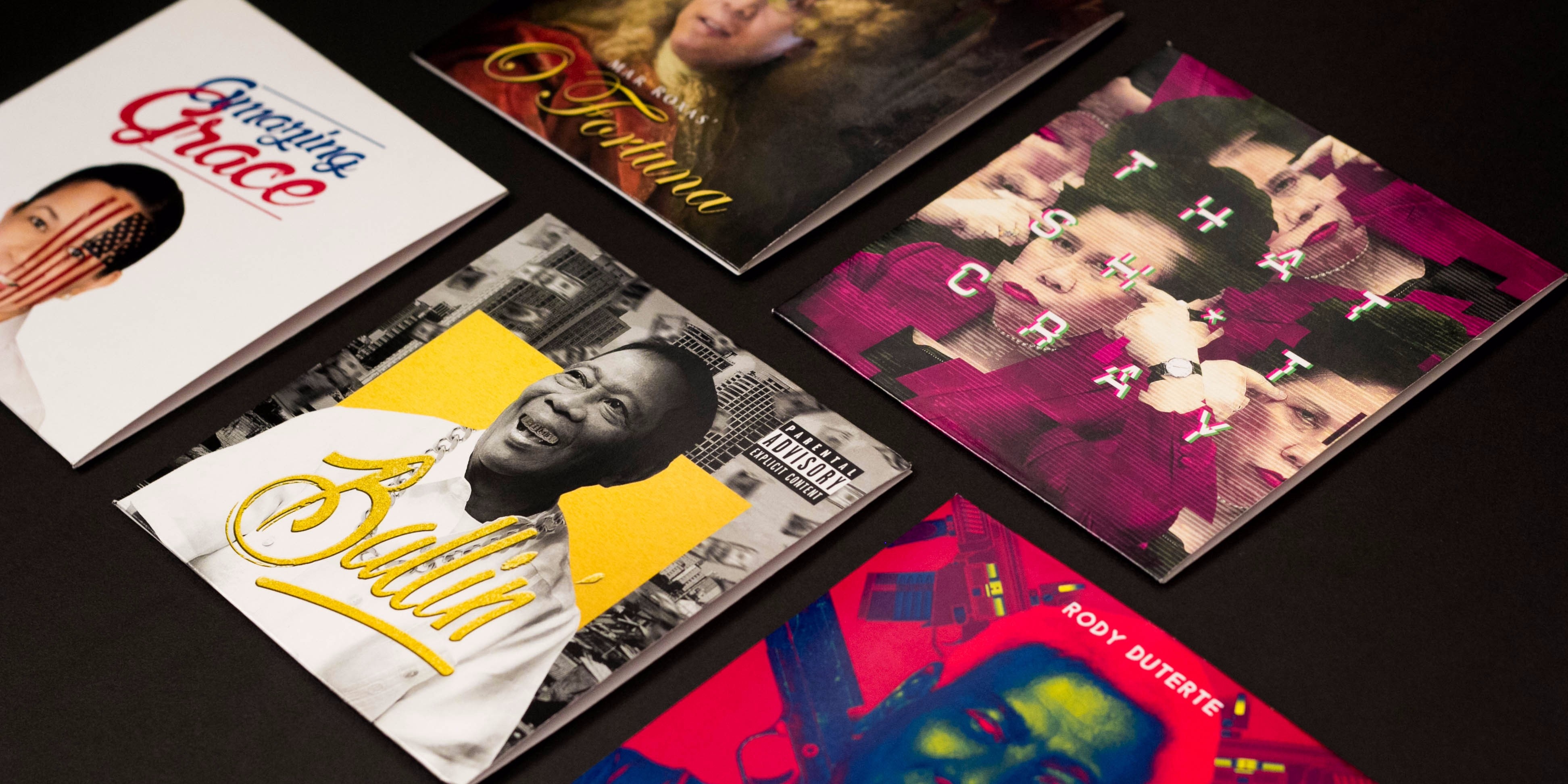 We’ve dreamt of and gave a shot at curating the OST of our lives. May it be for summer, Christmas, NYE, or our own birthdays; there’s a playlist for everything. Various digital platforms have made it easily accessible to guide us so we could create that bombastic list, and even share it to a wide or exclusive audience. ‘Tis the season to be cranky and highly opinionated for the future of our country. Campaign period for the 2016 General Elections has been evidently broadcasted to us. At this point, the creative industry has kicked off with one gimmick to another for every citizen to be socially aware. This is when Lance Florentino walks up the podium, only to drop—not the mic—some clever (and seemingly accurate) presidential-themed mixtapes.

What's the story behind Presidential Mixtapes?

During my internship stay at Vgrafiks Design + Branding, we (the interns) were tasked to create personal projects. Well, it's not really easy coming up with one, but I was so intrigued by the presidential race at that time and that's when I came up with the idea of making mixtapes/EPs suited for each candidate's personality.

How would you describe or classify each mixtape in a few words?

Duterte's Bad Kid G.o.o.d City is your "I want to kill somebody" mixtape. Grace Poe's Amazing Grace is your "I got parental issues" mixtape. Jojo Binay's Ballin' is your "Haters gonna hate" mixtape. Miriam Santiago's That Sh*t Cray is your "I need to feel empowered" mixtape. Mar Roxas' O Fortuna is your "I feel hopeless-yet-I-still-got-moolah" mixtape.

I can say that I really had fun while working on this personal project. From designing the covers itself to selecting songs that would match each presidentiable's personality. So, I can't really point out a favorite part in this project. The whole process in making the mixtapes is really entertaining.

I've listened to a couple of the playlists and I admire the accuracy of the art to the choice of songs. Did you experience any difficulties in figuring this all out (i.e. making the playlists, creating the album art, etc.)?

Actually, I did. Honestly, I am not that up-to-date or as musically-inclined as other fans of music are. So, I had to seek my friends' and my sister's inputs for the song choices in some mixtapes. Big thanks to them!! Yay!

For me, the most important thing that needs to be considered in designing the album art for the presidential mixtapes is to check if the visuals match with the songs that are part of it. It also has to coordinate with the message you want to deliver, especially for those that'll see the mixtapes. Here's an example: for Binay’s mixtape, I included songs about money and racism. So, I wanted the album art to look like a rap slash “gangsta” one, that’s why I included bling bling, flying money, and grillz.

If you could make an EP that is you in a nutshell, what songs would it include?

I really had a hard time choosing songs for the EP that would best describe my personality so I just asked my girlfriend- Abby (since she knows me best)- to make one for me. Haha! It would include the following tracks:

Count On Me by Bruno Mars

Love Somebody by Maroon 5

She asked me to name my mixtape, "One Lance Time".

Presidential Mixtapes is witty, imaginative, and tickles the funny bone with the thought of how original it also is. It’s never too late to try something new today. After a couple of trials, you could have crafted a masterpiece worth framing along your hall of keepsakes. Not only does it exercise the right side of the brain, but makes a neat hobby to publish or hide in a time capsule for the next generations to dig up.

Here’s our own attempt. We’ve hand-picked a couple of tracks to add to the presidential-themed mixtapes.

A Sense Of Exile by Aleph

All Of The Lights by Kanye West feat. Rihanna & Kid Cudi

Check out more of Lance Florentino's work on Behance.

The National Elections happens on Monday, May 9, 2016. Don't forget to vote!

*Artists included in playlists and mentioned in this article are in no way affiliated with or endorsers of any presidential candidate.