When asked about his week in Singapore, superproducer Steve Lillywhite said he was blown away by the four bands he had worked closely with and added that the experience had left him “energised”. Pretty encouraging words, coming from a guy who strongly believes that the arts come before commerce. The same guy who has produced albums by U2, Morrissey, Phish, Jason Mraz and The Dave Matthews Band (to name a few). Thanks to SG MUSO, we managed to chat a little to the person behind some of the best albums in music history.

Speaking candidly, Lillywhite also shared with us his opinions on the Singapore music industry saying that it is inarguably a small scene but with proper help from the government, it could really flourish. “As with places like Canada, the local radio stations should set a quota specifically for local music,” he says.

After the whirlwind of a week, Lillywhite came to the point where he could only pick one band to produce a track for and The Sam Willows, fresh from SXSW, secured the spot. On his decision, Lillywhite surprisingly said he picked them simply because they were out of his comfort zone. That must mean a good thing as he started waxing lyrical about the band’s focus on harmonies – something he has never worked with in his illustrious career.

Still, to be honest it was never really a contest as the bands had all found the experience enriching, as we find out. We spoke to some of the bands who were involved in The Steve Lillywhite Production Week at Yellowbox Studios. 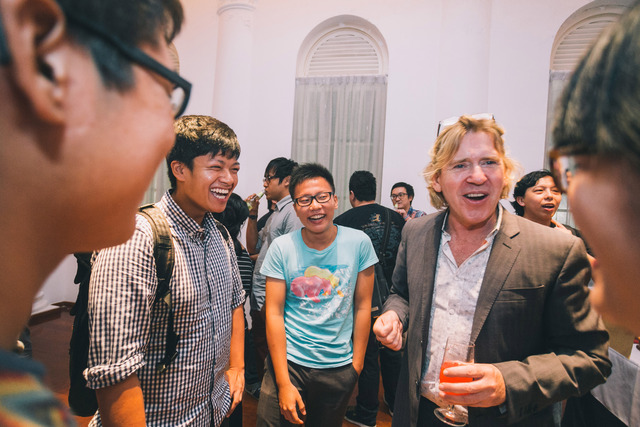 To Atlas, the week was an eye opener. Having started out quite recently, they didn't know what to expect from working with one of the industry’s prominent players. From the week of immersive experience, they learnt a lot from the production process. From Pro Tools and brain-storming ideas, Atlas were impressed Lillywhite’s sense of musicality in producing stellar tracks.

“We saw how much a producer can actually bring into the table. We saw how he worked with The Sam Willows and saw that he really made it better. He changed one key of the song and added a hook into the song. He emphasized on the importance of hooks and said how Bono (U2) is always asking "Where's the hook? Where's the hook?" So it made us think of our own music, because the hook is what makes people remember our songs.”

Lillywhite’s openness to welcoming new ideas also impressed the band as his ‘never say no to the artist’ attitude meant that this process was theirs as much as it was his. And they definitely took away some good memories as well:

“After that week with him we definitely believe in ourselves. Our first time listening to the recording blew us away. He mentioned that listening to our music took him back to The Smiths!” 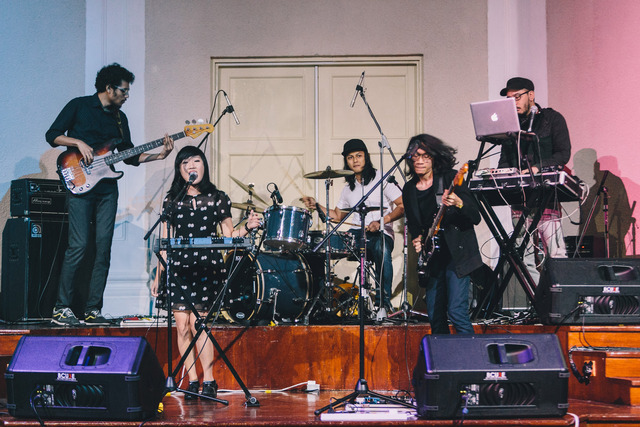 Going into Yellowbox Studios for the first time was quite the experience for sub:shaman and most of them agreed that it was the nicest studio they have worked in. Besides pleasing aesthetics, it had also been quite a beneficial week for the band.

Lillywhite’s methods in the studio were also observed by the band as they told us that although he doesn’t change around the sound of the band too much, he is very much into enhancing tracks, identifying what works and adding on to it. Like Atlas, they picked up on his sense of musicality as well, especially on the fact that he thinks of everything in terms of radio-play and commercial value - “For him the hooks were the most important thing. He was really stressing out about the hooks because those are the ones that will catch you and draw you in.”

As for rewards, they admitted to being ‘blown away’ hearing their track laid out at the studio as it was the first time they had heard themselves properly. Most of their stuff being bedroom recordings (using only an iPhone nonetheless) they explained that it felt pretty insane: “The quality, the tone, it was all very Sound City.”

For sub:shaman who are geared to be the act to check out at Baybeats this year, the recording and producing process experience was quite a didactic one.

Isa Foong of the band says, “For me personally I wouldn't mind doing that a lot more often. I like that process, and even observing how Sam Willows does it, I realize it's a lot of work, and it makes you think that everything that you listen to is not just a one-take kinda thing. It's an intense drill. Just being able to observe and take part in that process with Steve, that was a huge takeaway for us. At least now we know what to expect the next time.” 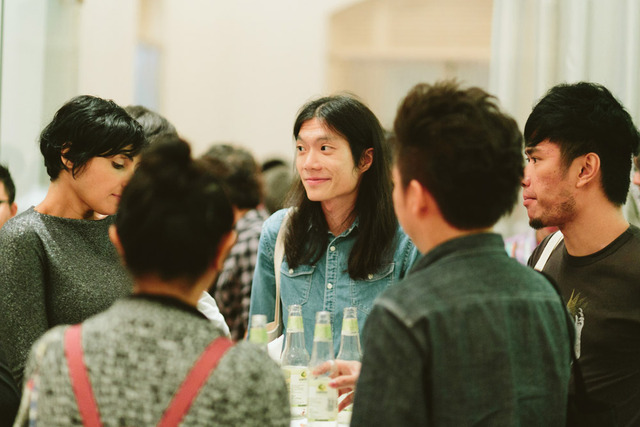 Lillywhite also impressed the lads of MONSTER CAT with the recorded versions of their two songs 'Underwater' and 'Salem' and imparted some great advice to how to incorporate multi-layered elements into the tracks of their new album. And just as the other bands had also experienced, he ensured that the band had the space and freedom to do what they wanted to do.

When asked how different working with Lillywhite is compared to other local producers they have worked with, they said that besides his stellar discography and experience, his style is quite similar to Leonard Soosay who produced their debut EP Mannequins, and added, "If anything, we feel it should be a comparison between specific individuals, as opposed to comparing a producer from the UK and a producer from Singapore. Chemistry isn't bound to cultural or geographical differences. Either way, our experience with both producers has been extremely rewarding."

Working with Lillywhite during the week also made the band realise that there was a lot more to learn in terms of both performance and production. They explained: "Hearing the tracks of sub:shaman and Atlas as well as watching The Sam Willows' process with Steve proves that there is a lot of talent here. And with the right treatment and attention to detail, we can take our musical products to an even higher level."

To them, having big names in the industry being drawn to Singapore is a good sign that would eventually lead to putting Singapore on the world music map as well as drive awareness back home, with The Steve Lillywhite Production Week being a great initiative that tries to steer the local industry in that direction. MONSTER CAT also said that, "For us, as musicians, we feel that our role has to be more than just being "artists" because we need this industry to grow in order for us to grow as artists as well. We understand this and we are working hard on building the industry from an artist's point of view." Some wise words from the cool cats. 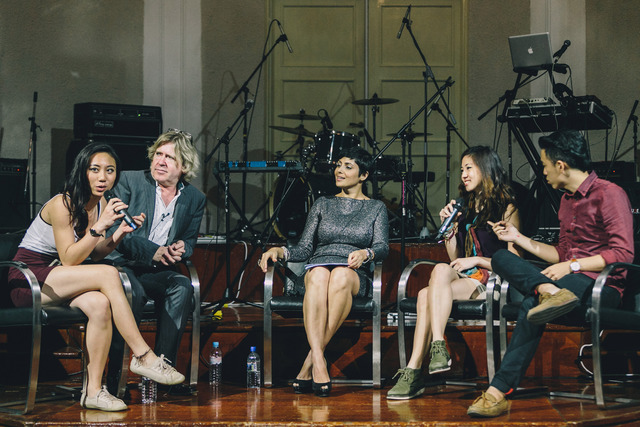 When Steve Lillywhite picked The Sam Willows to produce a track with, they could not even register the good news. Within days of returning to Singapore from SXSW, this bunch found themselves back in the studios, hard at work again. And despite juggling busy work schedules (and skipping work) while still taking in Real Life, it has been a smooth ride so far for the four of them.

Understandably, they were still a little groggy the morning of Day One of Steve Lillywhite Week. Immediately they were surprised by how unconventional he is. But within a session, the band felt comfortable tracking with the master producer, despite initial nerves of having not just them but about 15 other people in the room. Made up of Singapore’s top sound engineers and producers, no big deal.

“We came in on the first day at 9am and we found that everything is set up, the gear and all but then he goes “Nah, I just want to hear it from here.” So we did it all unplugged! It was really strange because the acoustic guitars were not plugged in but the electric guitars were on amps so all the levels were crazy but he was still standing and dancing there going ‘Yeah!’ – that was nerve-racking.”

It was Lillywhite’s immense energy that spurred the band on through the week. Said Narelle of the tracking process, “Never when we played the song over the last few days that he hadn’t got up to dance.“ The air guitar-ing, air punching and enthusiasm had definitely rubbed off on the band as they described the week as a fun experience.

And like the other bands, they commended Lillywhite’s commitment to accommodating new ideas from the artists. Even with the time limitations, Lillywhite adhered to his “I’ll never say no to the artist’s idea” motto. Basically to them, it was a very interactive process and it felt to them that they were also learning things about what works and what doesn’t for the band.