Back for the second time, Incubus played an explosive set just this week, at Hard Rock Hotel's The Coliseum over at Sentosa. It’s been over three years since we’ve heard new material from them — the last being the sombre and reflective If Not Now, When?, an odd but welcoming departure from their usual sound.

Incubus has been around since 1991, marking an impressive 24 years as a full-functioning band. While they gained the attention of music fans and critics with S.C.I.E.N.C.E. six years later (a record that happily took advantage of the then-surging popularity of alternative metal), Incubus proved they were more than funky basslines and rap vocals. Along with their peers Deftones and even Linkin Park, they transcended the trends of nu-metal to become a highly-respected rock band as the early 2000s passed by.

Things have been a little shaky in the Incubus camp in the past few years. With intermittent recording and touring patterns following their 2008 hiatus, it looks like their momentum has broken a little. If Not Now, When? received polarising reviews, two band members went back to school and lead singer Brandon Boyd was occupied with exploring new musical territory in his side projects. Even core member and guitarist Mike Einzinger's been busy producing and playing on popular EDM singles.

With two EPs lined up, the first of which is being released this month. Incubus has been picking up steam; debuting new songs from the upcoming EPs (which sound good, by the way) and putting themselves back out on tour. Incubus is back, full of energy, and they had it spades Monday night.

Singapore sure has no shortage of Incubus fans, judging from the packed Coliseum that had its space filled all the way to the back. Just as fans were getting restless, a huge countdown timer appeared on the screen. Fans counted down to the last second, and Incubus took the stage. 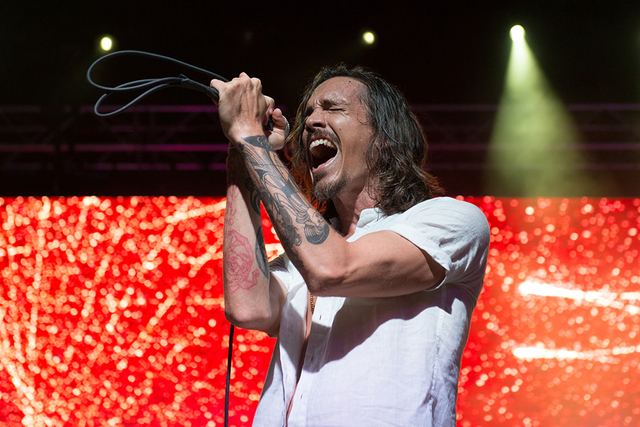 “I wish you were here,” Brandon Boyd croons, and the crowd, old and new fans alike, sing along. It was an apt show-opener; we knew we were in for a good time. Incubus play through their hits, old and new. There’s never a shortage of songs at an Incubus show, these guys have put out seven full albums already, with more on the way. It’s surreal hearing 'Anna Molly' or 'A Kiss to Send Us Off' in all their live, dynamic glory. 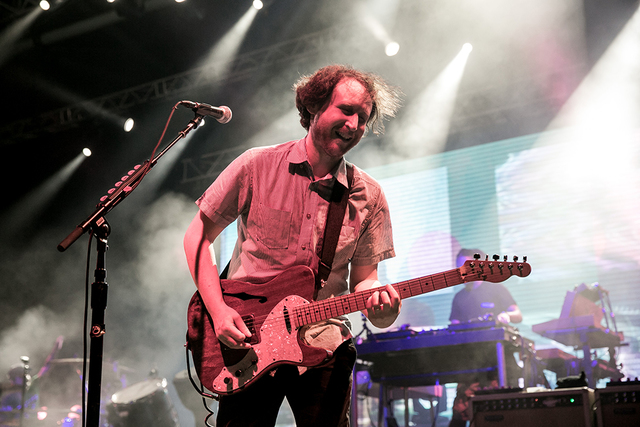 For those of us who’ve filled our iPods over the years with new music, I’m sure we were caught off-guard by the heavy riffwork in songs like 'Pardon Me'. I didn’t manage to squeeze my way up front but there were about ten guys around me who started a moshpit of their own. I couldn’t help but join in, on hearing the opening riffs to the classic 'Circles'. Even some of my friends, whom I haven’t seen in the pit in years, were caught moshing along! Not the reunion with them I've always hoped, but a chance reunion in a moshpit never gets old. 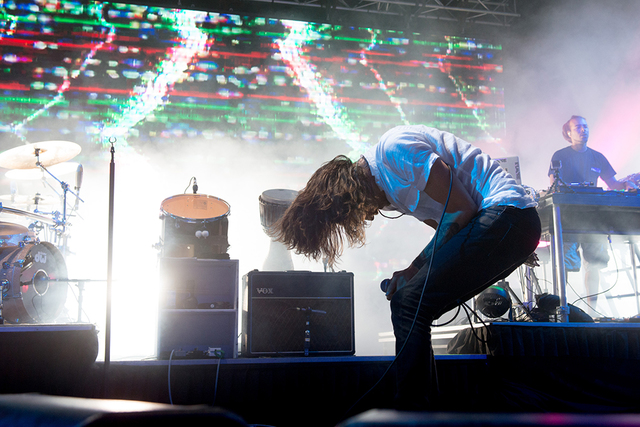 Of course, being the main purpose of their new tour, Incubus played their two new songs and while they didn’t bowl me over at first, seeing them performed live changed my mind. Bassist Ben Kenney really knew how to lay down the groove as always, providing a solid foundation with some surprising lively synths added to the mix.

It’s good to hear new music from Incubus. Staying relevant as a rock band in today's music scene has been a tough fight, with the inexplicable popularity of EDM. Incubus, however, shows that they're just as apropos to modern rock as ever — a demonstration they've proudly done since Morning View. Playing with new sounds while generously taking cues from their older work, it sounds like Incubus is really comfortable with where they’re heading, while never ignoring the music they've made that brought them to where they are today.

A band's identity is crucial to keeping themselves relevant. For a band like Incubus, they know they've made it but they want to make it clear: no way are they slacking around. Thanks Incubus, keep doing what you're doing. 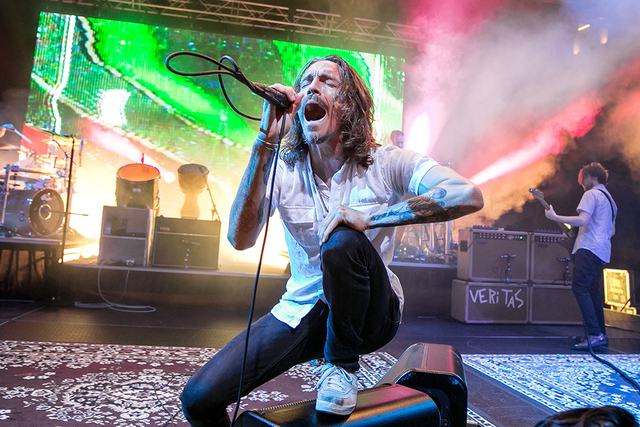